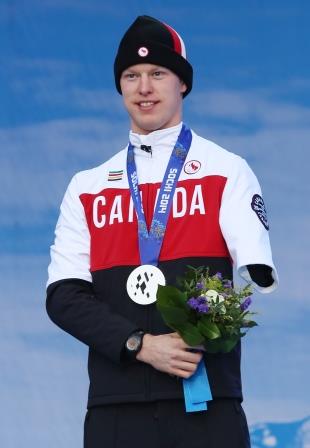 Mark Arendz is the older of two children for Johan and Janny Arendz. A native of Charlottetown, Mark was raised on a farm in Hartsville, located in Queens County in Prince Edward Island.

At the age of seven, Mark lost his left arm in a farming accident. He noticed that grain wasn’t flowing properly through the auger on the family farm and tried to fix the problem himself, but he lost his balance and caught his arm in the auger shields. A truck driver in the yard rushed over to help Mark, while younger brother Menno raced to get their father, who was working in the barn. Johan drove Mark to the hospital. He was airlifted to the IWK Grace Children’s Hospital in Halifax. Mark lost his arm, but after a few weeks in hospital, he was able to return home to Hartsville.

Arendz has been physically active from a young age and continued his involvement in sports after his accident, competing in soccer, volleyball, basketball, cross-country, athletics and cycling. However, skiing and biathlon soon became his main focus.

Arendz started skiing in his backyard at the age of five. After his accident, he started skiing with a ski prosthetic and participating in able-bodied events. He became interested in biathlon at the age of 11 while watching the 2002 Olympic Winter Games in Salt Lake City. Arendz started shooting the following winter, joined the local cadet biathlon team of the 107 New Haven Army Cadets Corps and began his competitive career in 2003. (His brother, Menno, also started his career in biathlon through New Haven and competed for Prince Edward Island in biathlon at the 2011 Canada Winter Games in Halifax. Menno has also competed in triathlon, including at the 2009 Canada Summer Games.)

At 16, Mark Arendz started making great progress in para-biathlon and cross-country skiing. He won two gold medals at the NorAm Canada Cup in Canmore, Alberta, in the standing division in 2006 and qualified for his first International Paralympic Committee (IPC) World Cup race in Vuokatti, Finland, in January 2007.

He also excelled against able-bodied athletes, winning the gold medal in the individual biathlon and team biathlon competitions at the 2007 Cadet Provincial Championships in Brookvale, PEI. He made history by being part of the first biathlon team from PEI to win a medal (bronze) at the Cadet National Biathlon Championships. Arendz won a bronze medal in the patrol race (a team race where teammates start at the same time and have to stay within 30 m of each other) in Whitehorse, Yukon.

Arendz continued to have success against para-Nordic skiers in Canada and North America over the next two years. His victories included six NorAm Canada Cup para-events in cross-country skiing (two in Canmore, Alberta, in 2007 and four in Sovereign Lake, British Columbia, in 2008) and four events at the national cross-country skiing championships in Whistler, British Columbia, in March 2008.

In 2009, Arendz competed in biathlon and cross-country skiing at his first IPC World Championships in Vuokatti, with his best result being sixth place in the 3.6 km biathlon standing pursuit.

Arendz had a strong season heading into the 2010 Paralympic Winter Games in Vancouver. He won his first IPC World Cup medal when he finished third in the men’s 10km freestyle cross-country skiing race in Bessans, France, in January 2010 and won the silver medal in the men’s biathlon standing pursuit in Oberreid, Germany, in February 2010. However, at the 2010 Paralympic Winter Games, Arendz’s best results were two seventh-place finishes in the men’s 3km biathlon standing pursuit and cross-country skiing open relay.

Arendz recorded his first World Cup victory on 23 January 2011 in Vuokatti, having placed first in the men’s individual biathlon race. It would be the first of three World Cup biathlon victories for Arendz during the 2010–11 season (he also won an individual race in Solleftea, Sweden, on 15 February 2011 and a pursuit race in Finsterau, Germany, on 25 February 2011). 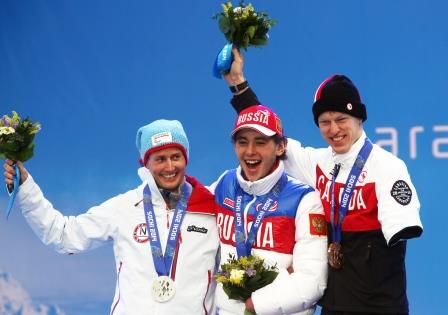 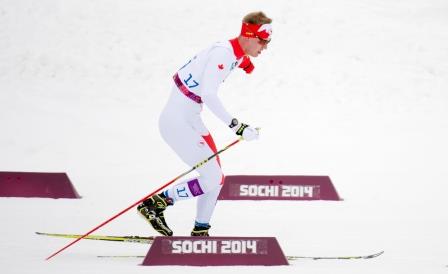 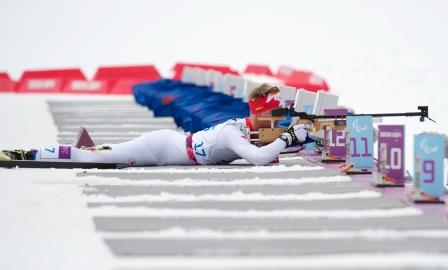 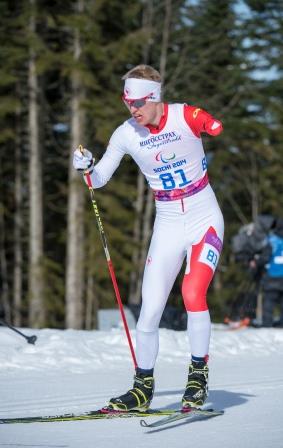 Arendz had another strong season heading into the 2014 Paralympic Winter Games in Sochi. He won two biathlon medals in the World Cup in Canmore in December 2013, including gold in men’s long distance — his first World Cup win in Canada.

Arendz didn’t record another World Cup victory until 1 February 2016, when he placed first in middle distance at the World Cup in Pyeongchang, the host city of the 2018 Paralympic Winter Games.

Arendz won five individual medals in biathlon and cross-country skiing at the 2018 Paralympic Winter Games in PyeongChang, as a well as a silver medal in the cross-country mixed relay. On 10 March 2018, he won silver in the 7.5 km standing biathlon, finishing behind France’s Benjamin Daviet. Three days later, he took bronze in the 12.5 km standing biathlon, which Daviet also won (Ihor Reptyukh of the Ukraine finished second). Arendz won his first Paralympic medal in cross-country skiing on 14 March, tying Finland’s Ilkka Tuomisto for bronze in the men’s 1.5 km sprint standing classic.

On 16 March, Arendz won the men’s 15 km standing biathlon, his first gold medal at a Paralympic Games. He shot a perfect 20-for-20 and finished in 42:52.2, ahead of Daviet and Norway’s Nils Erik-Ulset. He then won a bronze medal in the 10 km standing cross country event, and helped Canada to a silver medal in the 4x2.5 km mixed relay. Arendz was named flagbearer for the closing ceremonies. 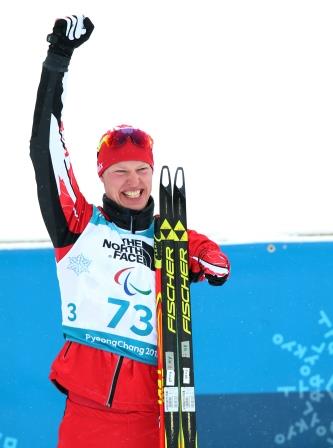 Mark Arendez competes in the biathlon and wins gold during the 2018 Paralympic Winter Games in PyeongChang. 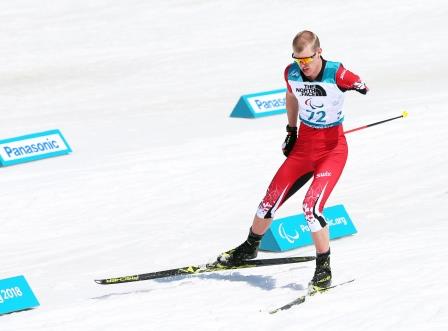 Mark Arendz competes in the mens 12.5km standing biathlon during the 2018 Paralympic Games in PyeongChang. 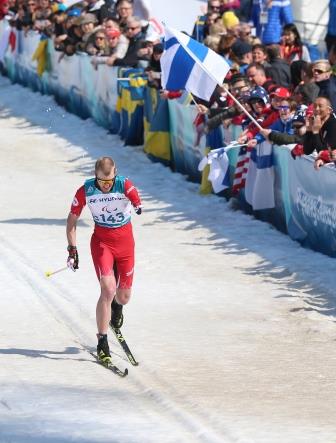 Mark Arendz competes in the cross country sprints during the 2018 Paralympic Games in PyeongChang. Arendz won bronze in the men's 1.5 km sprint classic. 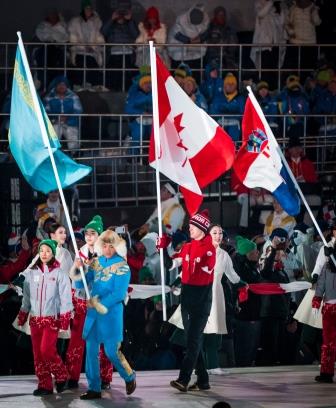 After the 2014 Paralympic Winter Games in Sochi, Arendz travelled to Nicaragua to help build a school. He and several other Canadian skiers volunteered on behalf of SchoolBOX, a non-profit organization in Almonte, Ontario. In the past, Arendz has worked with The War Amps as a junior counsellor to teach others about the importance of farm safety.