Maureen Jennings grew up knowing little of her father, who was killed in action during the Second World War. She developed a profound enthusiasm for English literature during her youth. When she turned 17, Jennings and her mother emigrated to Canada, settling first in Windsor, Ontario. In 1960, she moved to Toronto, where she settled permanently.

Jennings attended Assumption University (now the University of Windsor), where she earned a BA in Psychology and Philosophy. After a short time as a high school teacher, she returned to university and earned an MA in English literature at the University of Toronto. Upon graduation, she joined the English department at Ryerson Polytechnic Institute (now Ryerson University), where one of her colleagues was the future crime novelist Eric Wright. After teaching for eight years, Jennings became a psychotherapist, complementing her work by conducting creative expression groups.

Jennings soon realized that her own writing was an unfulfilled dream. She gradually discontinued her therapy practise so that she could write full-time. Long interested insocial history and especially Toronto’s Victorian roots, Jennings decided to illustrate Toronto’s past through the medium of crime fiction (see Popular Literature in English).

Jennings made her writing debut with Except the Dying (1997), a historical detective novel featuring the likeable, if somewhat romantically challenged Toronto Police Detective William Murdoch. The character was inspired by John Wilson Murray, a pioneer of forensic science who served as Ontario’s first provincial detective in the late 1800s. Except the Dying follows Murdoch as he wrestles with the recent death of his fiancée while tackling the mystery of a young housemaid whose body is discovered in a snowy lane. The book was shortlisted for both the Arthur Ellis and Anthony Awards for Best Novel and received a Heritage Toronto Certificate of Commendation.

Later novels in this series that have also been shortlisted for various awards include Let Loose the Dogs (2003), Night’s Child (2005), and A Journeyman to Grief (2007). The Murdoch books have achieved global popularity and are available in French, German, Polish, Czech, Italian and South Korean. The Murdoch tales have been adapted into the popular, long-running television series Murdoch Mysteries, as well as stage plays and several TV movies. 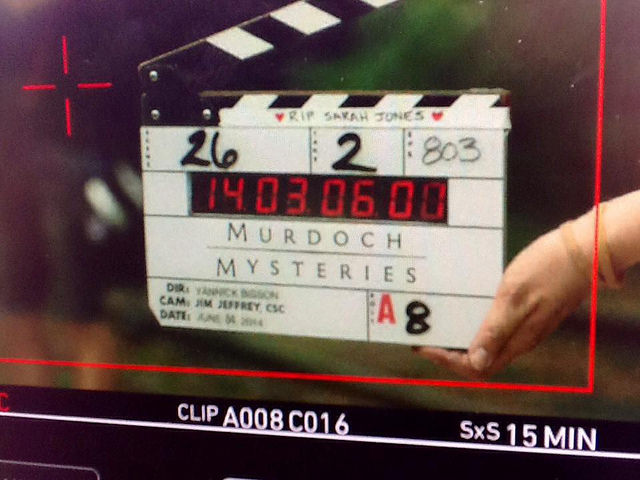 Briefly trying her hand at nonfiction, Jennings published The Map of Your Mind: Journeys into Creative Expression (2001). She returned to crime fiction with 2006’s Does Your Mother Know?, the first in a contemporary series featuring Christine Morris, a forensic profiler with the Ontario Provincial Police. Jennings’s second novel in this series, The K Hand Shape (2008), explores the murder of a deaf woman who is also the daughter of one of Morris’s colleagues. A penetrating exploration of deaf culture, The K Hand Shape was shortlisted for the Arthur Ellis Award for Best Novel in 2009.

Having experienced first-hand the impact of the Second World War on English life, Jennings had long resolved to write about that turbulent period. At the beginning of the hostilities, an internment camp for enemy aliens had been set up near Ludlow, England, where her family had spent their holidays. Jennings chose that location for her work. Her efforts crystallized in Season of Darkness (2011), which chronicles the exploits of Tom Tyler, a village police inspector charged with solving the murder of a young woman near an internment camp for Germans. The novel is the first in a projected trilogy about the war.

Jennings moved more directly into television work, co-developing the television series Bomb Girls (2012–14), based on the experiences of young women working in British munitions plants during the Second World War. The series first aired early in 2012 and very quickly rose to become the highest-rated new drama on Canadian television.