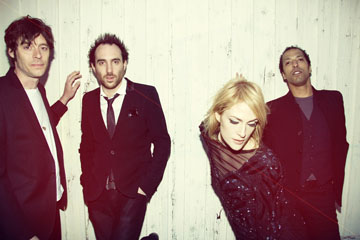 Haines, who was born in India to American parents, moved to Toronto with her family as a child (her father is acclaimed poet Paul Haines). She attended the Etobicoke School of the Arts, where she became friends with Amy Millan and Kevin Drew, who would go on to become prominent members of Stars and Broken Social Scene, respectively. In 1997, Haines met the British-born, US-raised Shaw at Toronto's Horseshoe Tavern. They immediately connected over their shared aversion to the local music scene.

Soon after, the Juilliard-educated Shaw joined Haines in Montréal, where she was attending Concordia University. After returning to Toronto, the two began to experiment with electronic music and recorded a collection of demos under the name Mainstream, which were released on their debut EP, Mainstream EP (1998). Soon after, Haines and Shaw changed their band’s name to Metric — a reference to a beat Shaw saved on his sampler, and to their musical precision.

Later in 1998, Haines and Shaw moved to New York City, where they lived with future members of Stars, TV on the Radio, the Liars and the Yeah Yeah Yeahs. In 1999, the duo recorded a demo with Warner Music and travelled to London at the request of an interested producer. Experiencing little success in London, Haines and Shaw returned to New York and began working on their debut record. 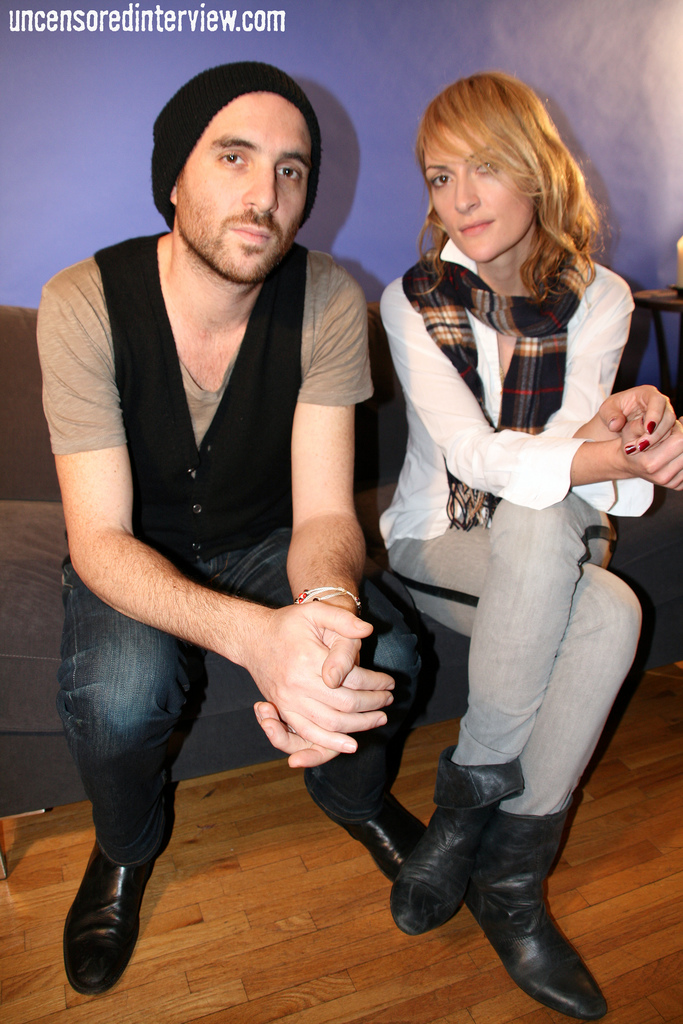 In 2001, Metric released the EP Static Anonymity, which was only available at their shows and through the band’s website. That year, Haines and Shaw became acquainted with Scott-Key and Winstead and the quartet eventually relocated to Los Angeles, where they slowly established an audience base through performances at the Silverlake Lounge.

Described by Pitchfork as a “new wave-tinged exploration of off-kilter indie rock,”Metric's Old World Underground, Where Are You Now? (2003) received widespread critical acclaim and was certified gold in Canada. Released through Last Gang Records, the success of this record also secured the band's position, alongside The New Pornographers, Broken Social Scene, Stars and Feist, as major players in Canadian indie music. According to the Huffington Post, Old World Underground established Metric as “one of the coolest indie rock bands on the planet… [T]heir dance-rock fusion helped put Canada on the map as a hotbed for hip new bands.”

Produced by Shaw, Live It Out (2005) yielded three successful singles — “Poster of a Girl,” “Empty” and “Monster Hospital” — andearned the band a 2006 Juno Award nomination for Alternative Album of the Year. It was also shortlisted for the 2006 Polaris Music Prize. Also in 2006, Metric opened for the Rolling Stones for two nights at Madison Square Garden in New York City. Since its release, Live It Out has been certified platinum in Canada. 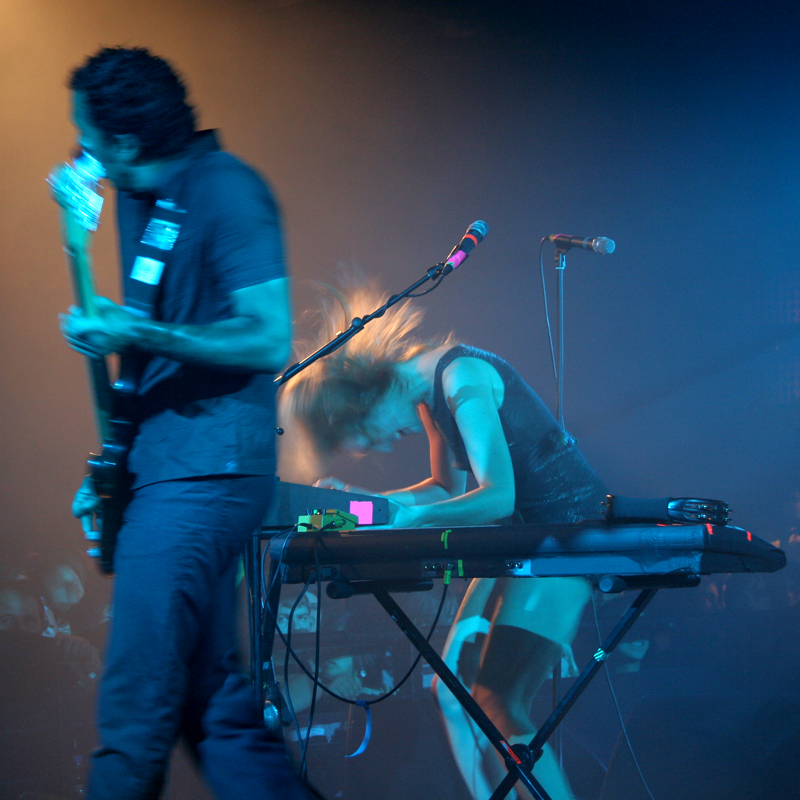 Metric at the Hammersmith Palais in London, England, 31 October 2006.

Originally intended to be their debut record, Grow Up and Blow Away was recorded by Haines and Shaw between 1999 and 2001 but was delayed by their then-label, Restless Records. In 2001, the song “Grow Up and Blow Away" was featured in a Polaroid commercial. In 2007, the album was released by Last Gang Records. Some songs from the original version were cut and two songs from Static Anonymity were added.

In the late 2000s, Haines and Shaw started their own label, Metric Music International, to self-release their music.

Fantasies (2009), released through the band’s own label, Metric Music International, was made in 18 months, allowing the band to pursue independent projects after three years of touring. Fantasiesdebuted in the Top 10 around the world on the iTunes Rock Albums chart, reached No. 6 on the Canadian Albums Chart and No. 76 on the Billboard 200 Chart. It was quickly certified platinum in Canada and went on to sell more than 500,000 copies internationally. By releasing the album through their own label, the band was able to gross more revenue from Fantasies than they did in the previous four years of their career combined. Fantasieswas shortlisted for the 2009 Polaris Music Prize and won Favourite New Album and NXNE Favourite New Indie Release at the CASBY Awards. Acoustic versions of several of the album’s songs were recorded for an episode on Metric in the IFC documentary series The Rawside Of... and were issued on the EP Plug in Plug Out (2009). 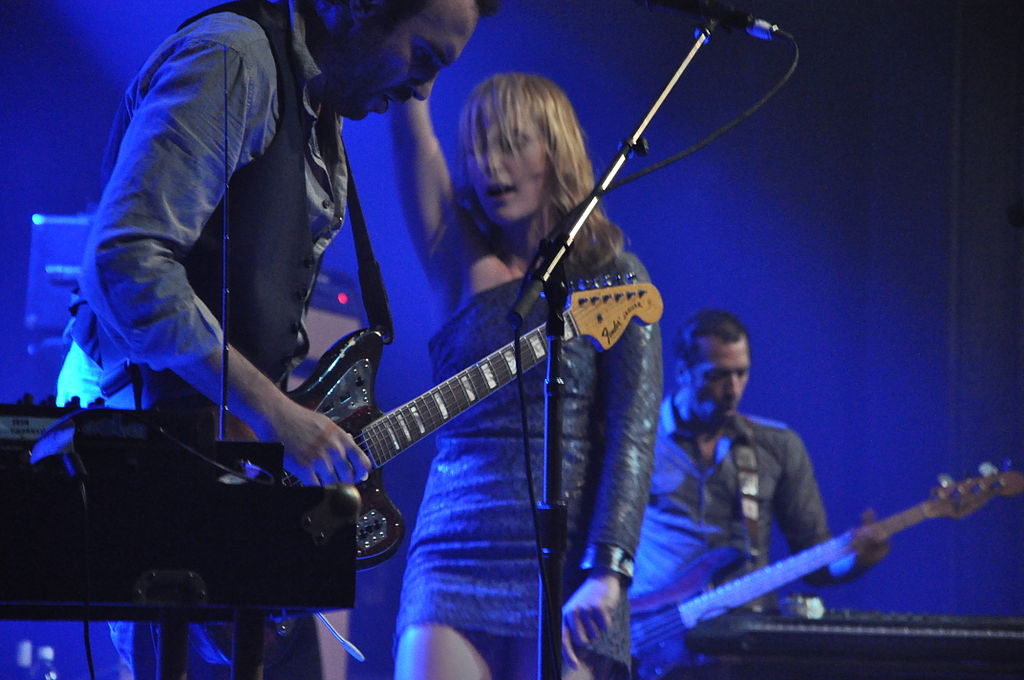 Shaw, Haines and Winstead (left to right) performing in 2008.

In 2010, Metric received Juno Awards for Alternative Album of the Year (Fantasies) and Group of the Year, and Shaw and Haines were nominated for Songwriter of the Year. The music video for the single “Collect Call” was nominated for Video of the Year at the 2011 Juno Awards. The single "Help I'm Alive" peaked at No. 17 on Billboard's Alternative Songs chart, making Metric the first band in history to have a Top 20 commercial radio hit in the US without the backing of an established label. The song peaked at No. 21 on Billboard's Canadian Hot 100 chart.

Also in 2010, Metric contributed the song “Black Sheep” to the soundtrack of the Toronto-shot Scott Pilgrim vs. the World, and the theme song “Eclipse (All Yours)” to The Twilight Saga: Eclipse soundtrack.

According to Haines, Metric’s fifth album, Synthetica (2012), is about “examining what’s real and what’s artificial” and analyzing the modern world’s relationship with technology. The album includes “The Wanderlust,” a collaboration with Lou Reed. Synthetica debuted at No. 2 on the Billboard Canadian Albums chart and No. 12 on the Billboard 200 chart. Alongside the release of Synthetica, Metric released an App which allows fans to remix each of the album’s songs. In 2012, the album was named NXNE Favourite New Indie Release at the CASBY Awards. In 2013, Synthetica won the Juno Award for Alternative Album of the Year and Shaw won the Jack Richardson Producer of the Year Award for “Youth Without Youth” and “Breathing Underwater,” which were certified gold and platinum singles, respectively. The band was also nominated for Group of the Year and Juno Fan Choice Award and was short listed for the Polaris Music Prize.

In 2012, Metric, in collaboration with composer Howard Shore, contributed to the soundtrack of David Cronenberg's film Cosmopolis. 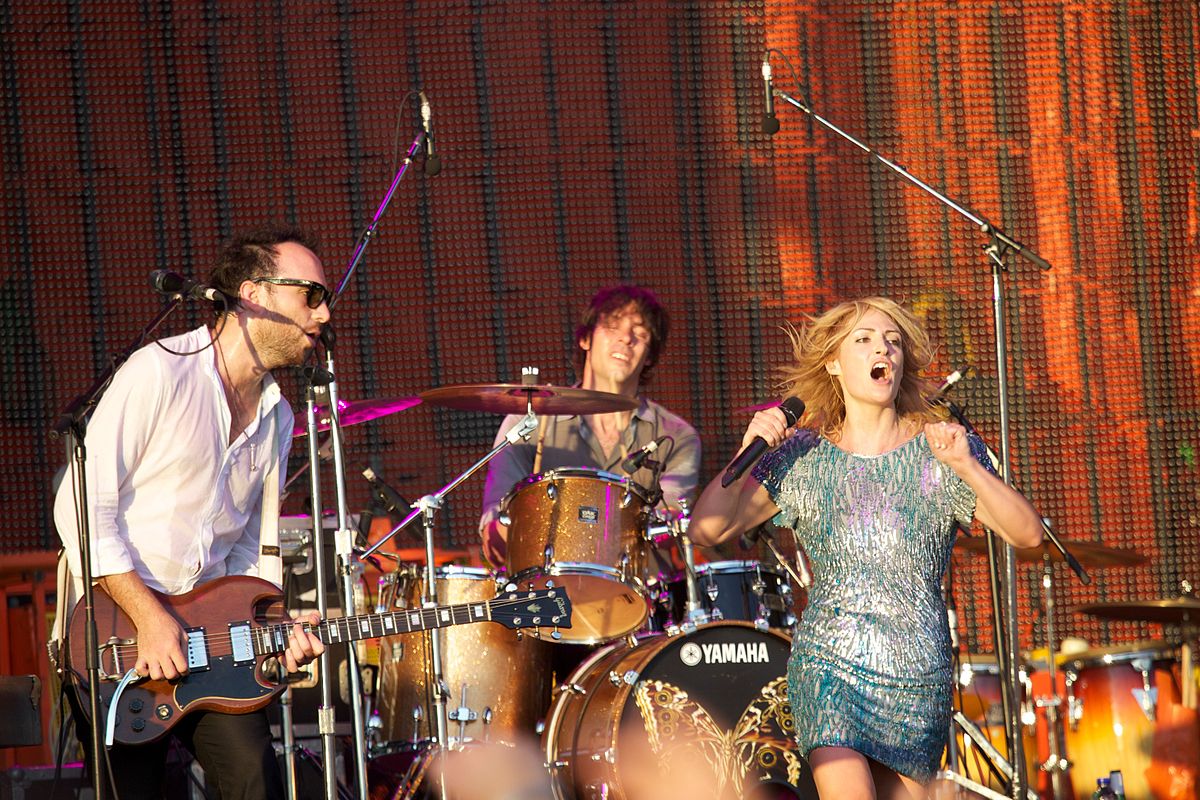 After taking some time off, Metric released their sixth studio album, Pagans in Vegas, in 2015. Featuring fewer guitars and more synths, Pagans in Vegas is sonically different from Metric's previous work. Ahead of the album's official release, Metric put out an App called “The Pagan Portal” which premiered the record and offered fans exclusive perks, such as pre-sale tickets. Pagans in Vegas debut at No. 5 on the Billboard Canadian Albums chart and No. 9 on the Independent Albums chart. The band was nominated for Group of the Year at the 2016 Juno Awards.

Haines and Shaw are both members of the Toronto indie rock band Broken Social Scene and performed on their landmark 2002 album, You Forgot It in People. Haines has released two solo albums, Knives Don't Have Your Back (2006) and What Is Free To A Good Home (2007), with her backing band, The Soft Skeleton. Winstead and Scott-Key's two-piece rock band, Bang Lime, released its debut album, Best Friends in Love, in 2007. In June 2016, Winstead put out a solo record entitled MMXX. 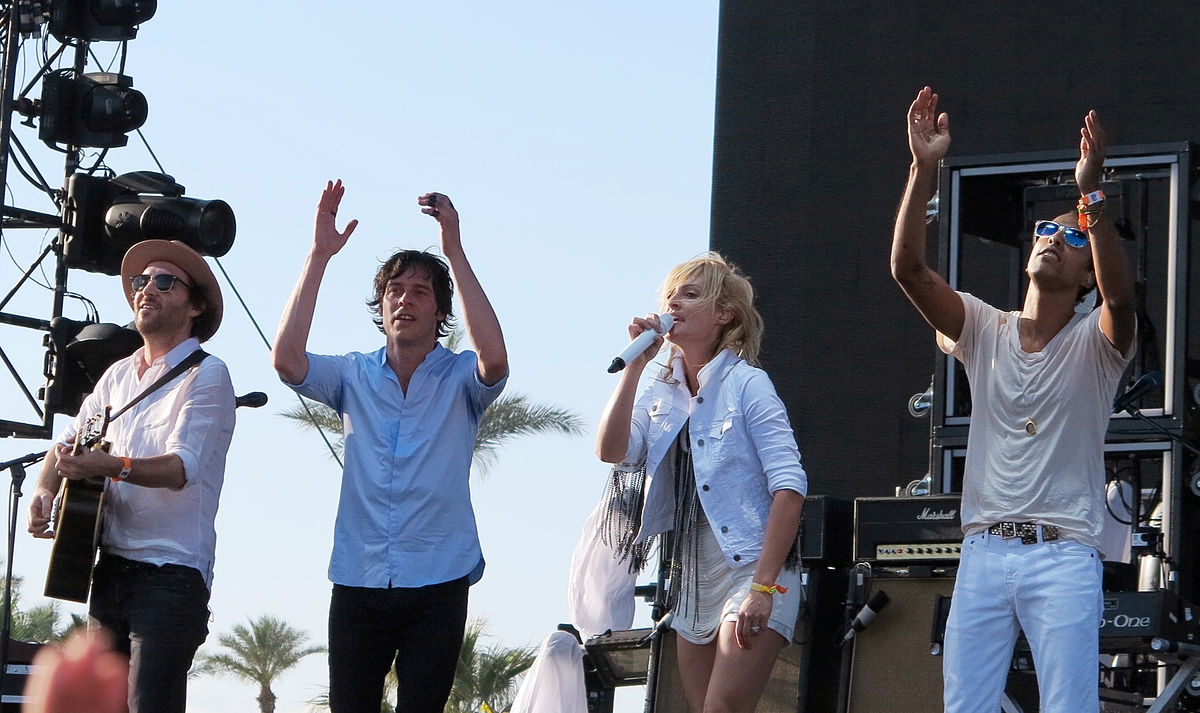 In December 2008, Metric participated in the Jingle Bell Rock tour, performing with other Canadian acts to benefit charities that help youth in distress. Metric are dedicated supporters of MusiCounts, a charity run by the Canadian Academy of Recording Arts and Sciences that provides funding to selected schools for the purchase of musical instruments. The band also designed a T-shirt for the Montréal-based Yellow Bird Project, whose proceeds have gone to MusiCounts and TrekStock, a charity that supports young adults living with cancer. In 2013, Haines partnered with Kiehl’s cosmetics for another campaign for MusiCounts. Also in 2013, Haines designed a necklace in collaboration with the jewelry line Fleet for HearMe, an organization that provides music education and technology to homeless and disadvantaged youth around the world.

Alternative Album of the Year (Fantasies) (2010)

Alternative Album of the Year (Synthetica) (2013)