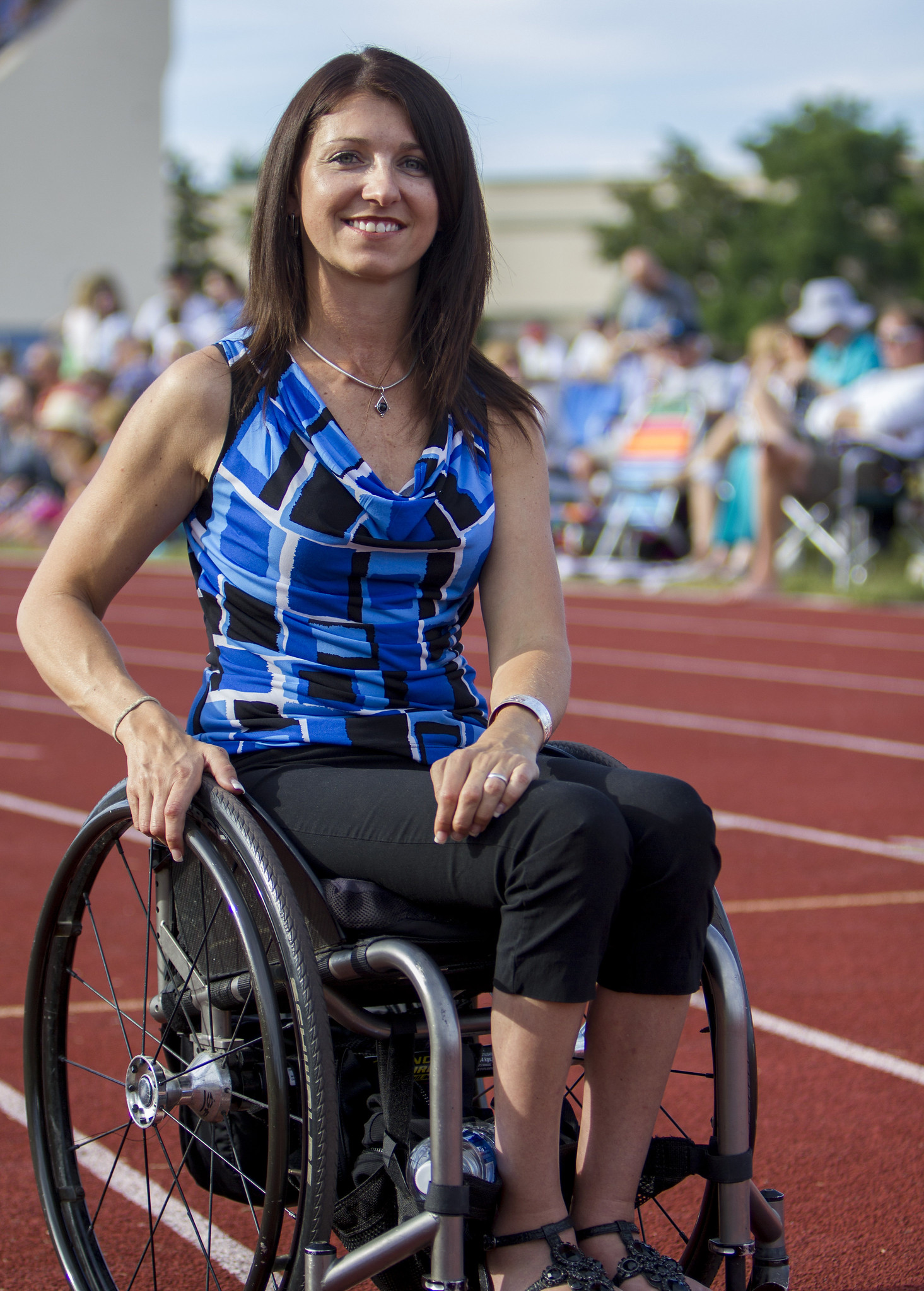 Michelle Stilwell (née Bauknecht) is the youngest of four siblings born to Heinz and Alice Bauknecht of Winnipeg. She has two younger brothers, Ken and Brian, and a younger sister, Wendy. While growing up in Manitoba, Michelle worked at a hotel owned by her parents. Her duties included bussing, waiting tables and working at the front desk. As a child, Michelle competed in ringette, basketball and athletics. She wanted to be a flight attendant and travel the world.

When she was 17, Michelle was piggyback riding on a friend as they were walking on some stairs. She fell backward, hit her neck on a step and shattered her vertebrae. She required multiple operations on her spine, hip and calf. She was left an incomplete C7 quadriplegic, with limited function in her hands and wrists. The accident took place three weeks before her high school graduation from River East Collegiate. She graduated while in the hospital.

It was through rehabilitation that Michelle was introduced to wheelchair basketball. There were significant challenges at first. For one, Michelle did not have hand functions, so it was difficult for her to handle the basketball. As the only female player on the mixed team, Michelle’s role was to block opposing players.

DID YOU KNOW?
“Quadriplegic doesn't actually mean four limbs paralyzed,” Stilwell has said. “It means four limbs affected. I have bicep and tricep muscles and it's my hand and wrist function that are my limitations. It's a misconception in wheelchair racing we push the wheels. We actually punch down on them and flick our hands back to keep the driving force. I use a lot of shoulder muscles, trap [trapezius] and back.”


In 1996, Michelle met her husband, Mark Stilwell, at the Canadian Wheelchair Basketball Championship in Montreal. Michelle was competing for Team Manitoba and Mark, who is abled-bodied, was competing for Team Saskatchewan. Four months after they met, Mark proposed. In 1997, they married and moved to Calgary. Michelle completed her psychology degree at the University of Calgary in 1999. She also regularly trained with the national wheelchair basketball team.

After the 2000 Paralympic Games, Stilwell retired from high-performance wheelchair basketball due to problems related to her spinal cord injury. She also gave birth to a son, Kai, in 2001. The family then moved from Calgary to Parksville, British Columbia, later that year.

Initially, it did not work out well for Michelle. In her first wheelchair race, she was beaten by a boy. Lawless was patient with Stilwell and understood the challenges of learning a new sport. He was impressed by Michelle’s work ethic, determination and commitment to making the transition from wheelchair basketball to wheelchair racing. “You start all over,” Lawless told the Canadian Press in 2012. “You knew what it was like to be a champion, but sure as heck weren’t one right away. To start at the bottom, and put that work in to go for that goal you don’t know if you can achieve again, I think it’s the again part that’s remarkable about Michelle.”

Between 2006 and 2016, Stilwell was the fastest wheelchair racer in the world in the T52 class (for athletes with restricted movement in the upper limbs and little to no movement in the torso and lower limbs). Her accomplishments included:

From May 2013 to November 2020, Stilwell was the Member of the Legislative Assembly (MLA) for Parksville- Qualicum in the British Columbia legislature. In her first term, when her BC Liberal Party was in power, Stilwell served as the Minister of Social Development and Social Innovation and the Parliamentary Secretary to the Minister of Health for Seniors. During her second term, when the Liberals were in opposition, she was the Official Opposition Critic for Tourism, Arts and Culture and the Deputy Chair of the Select Standing Committee on Children and Youth.

Stilwell has worked as an advocate for people with disabilities and children with special needs. She was an ambassador for both ActNow BC and the Rick Hansen Foundation (see Rick Hansen). 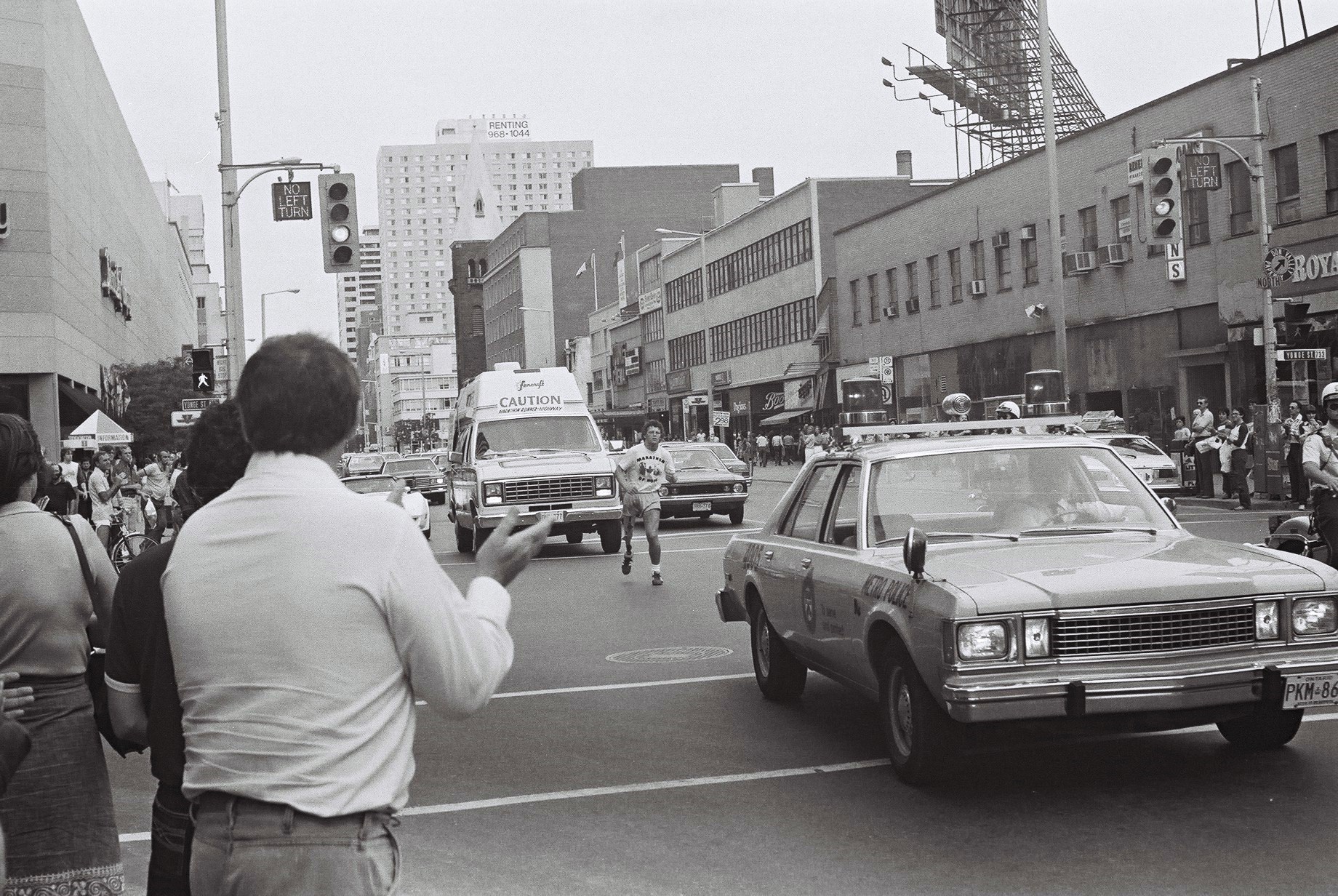 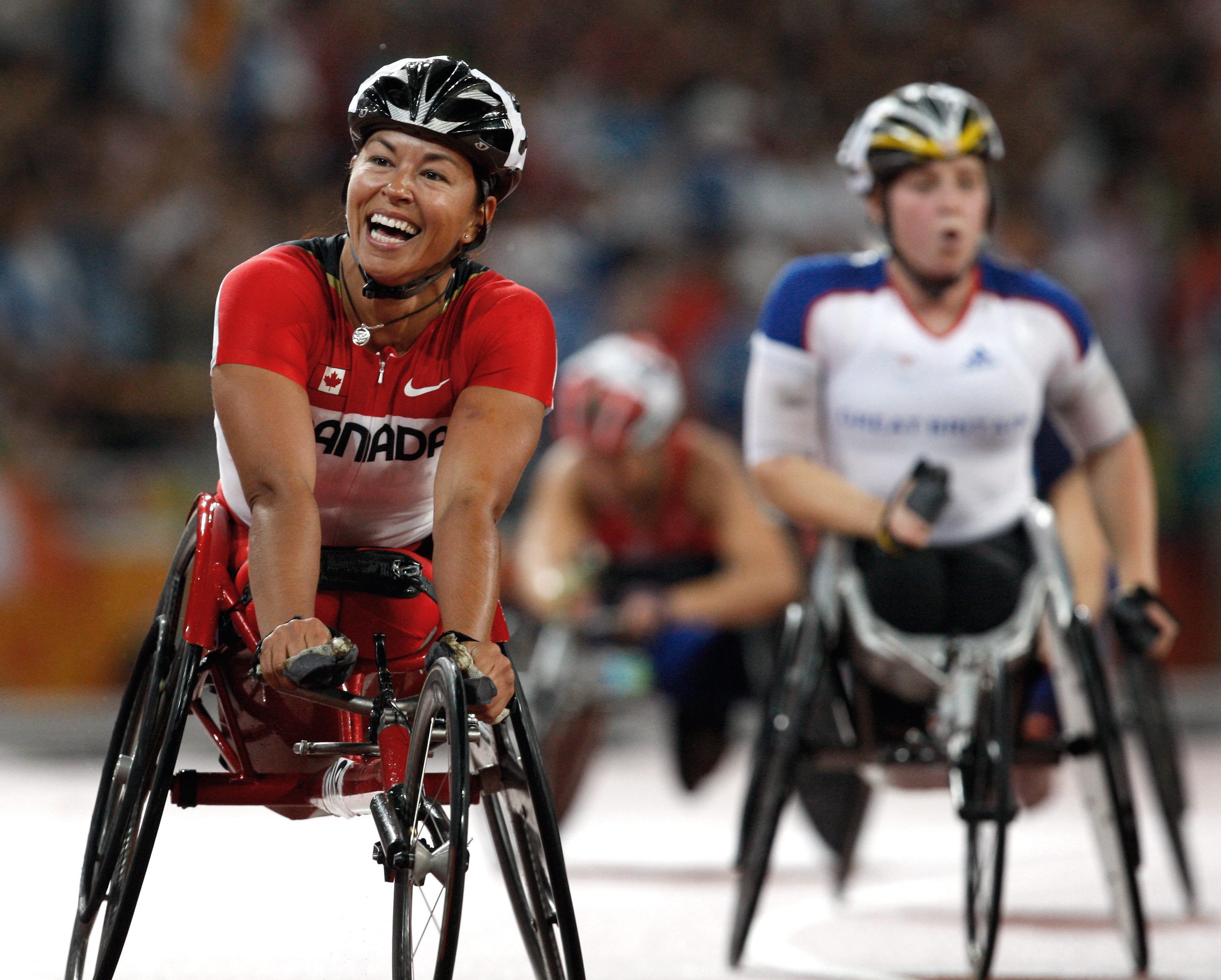