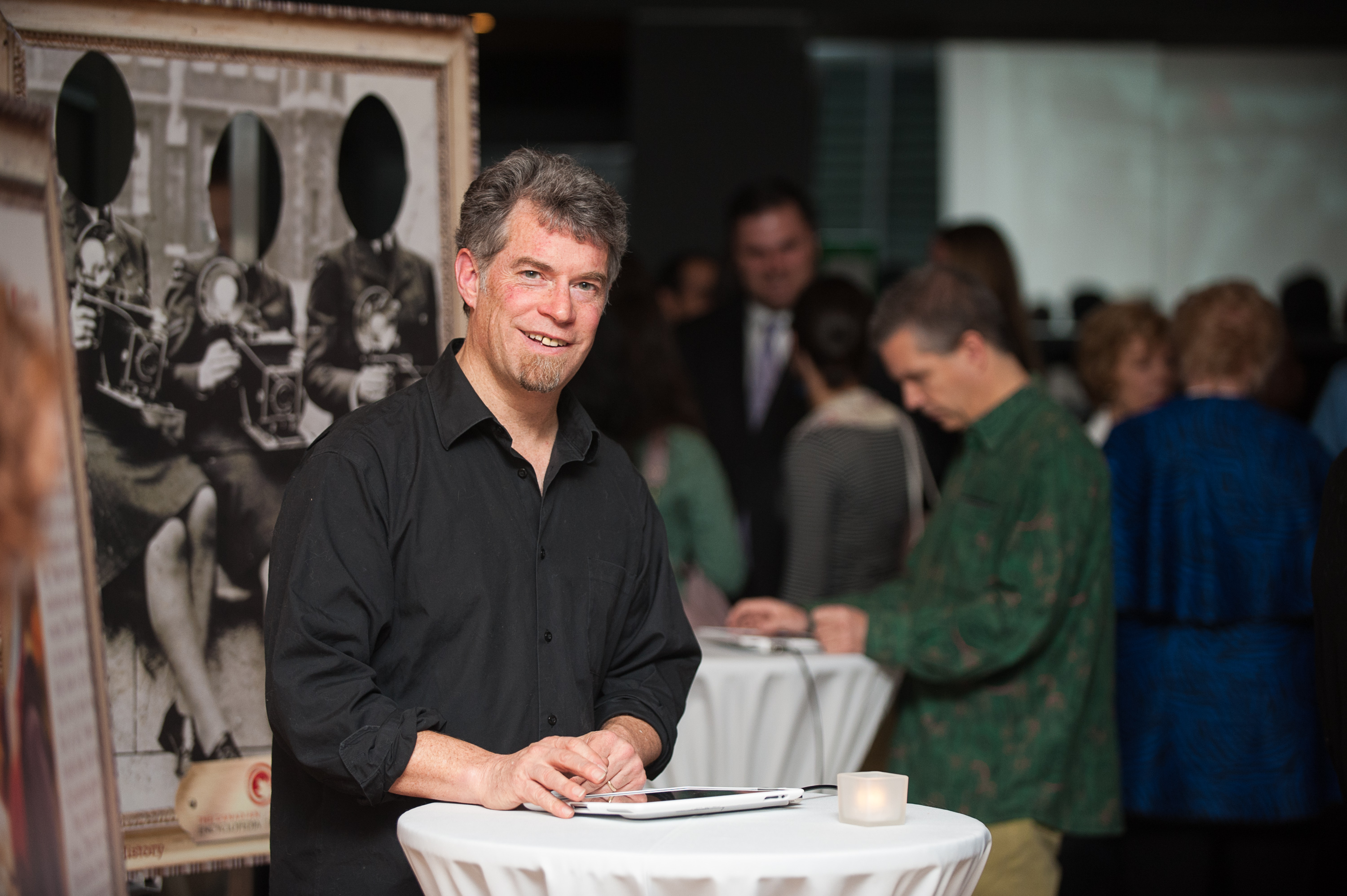 Mike Ford at the re-launch for The Canadian Encyclopedia at the Gardiner Museum, November 26th, 2013. Image: Mike Last Photography/Historica Canada. 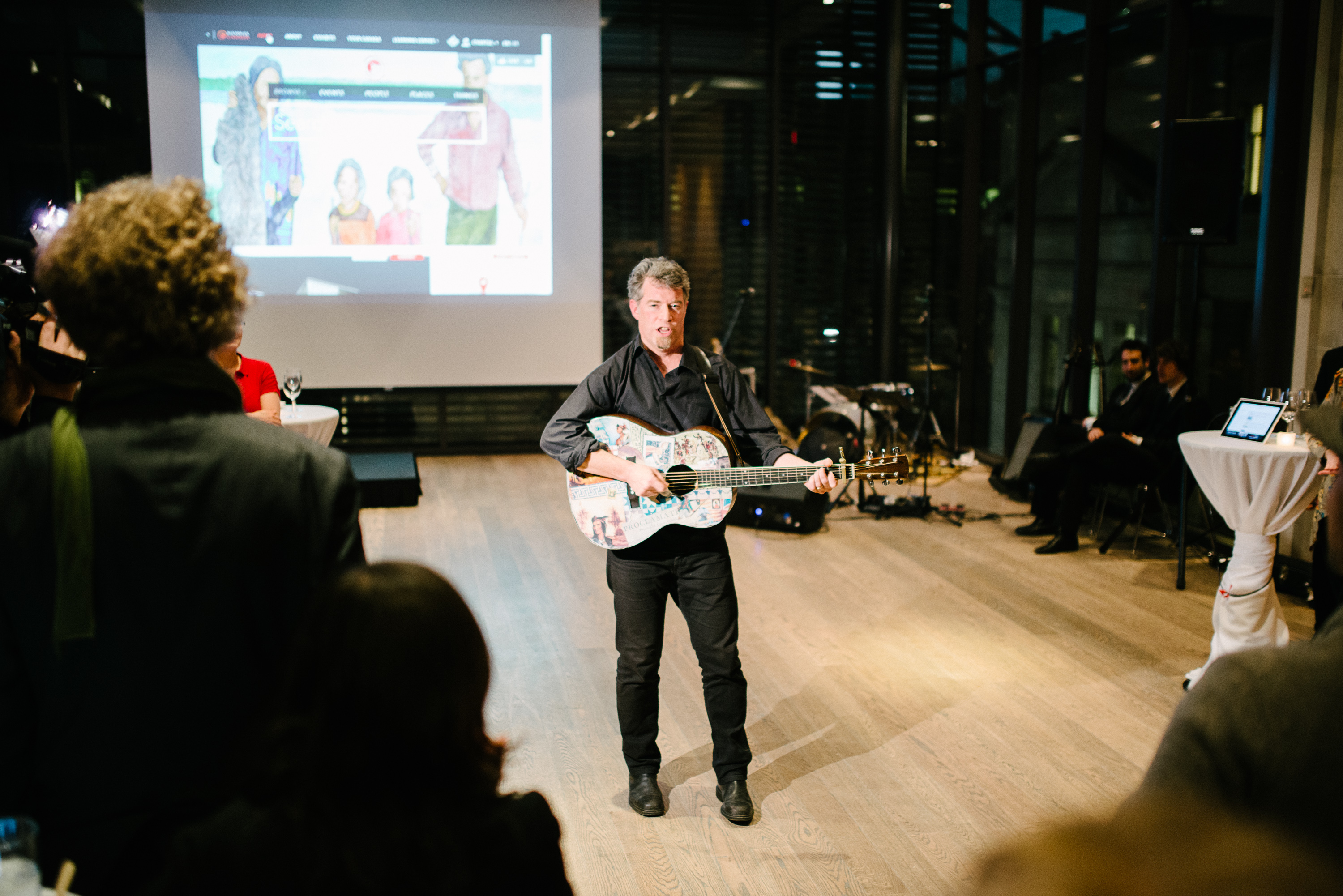 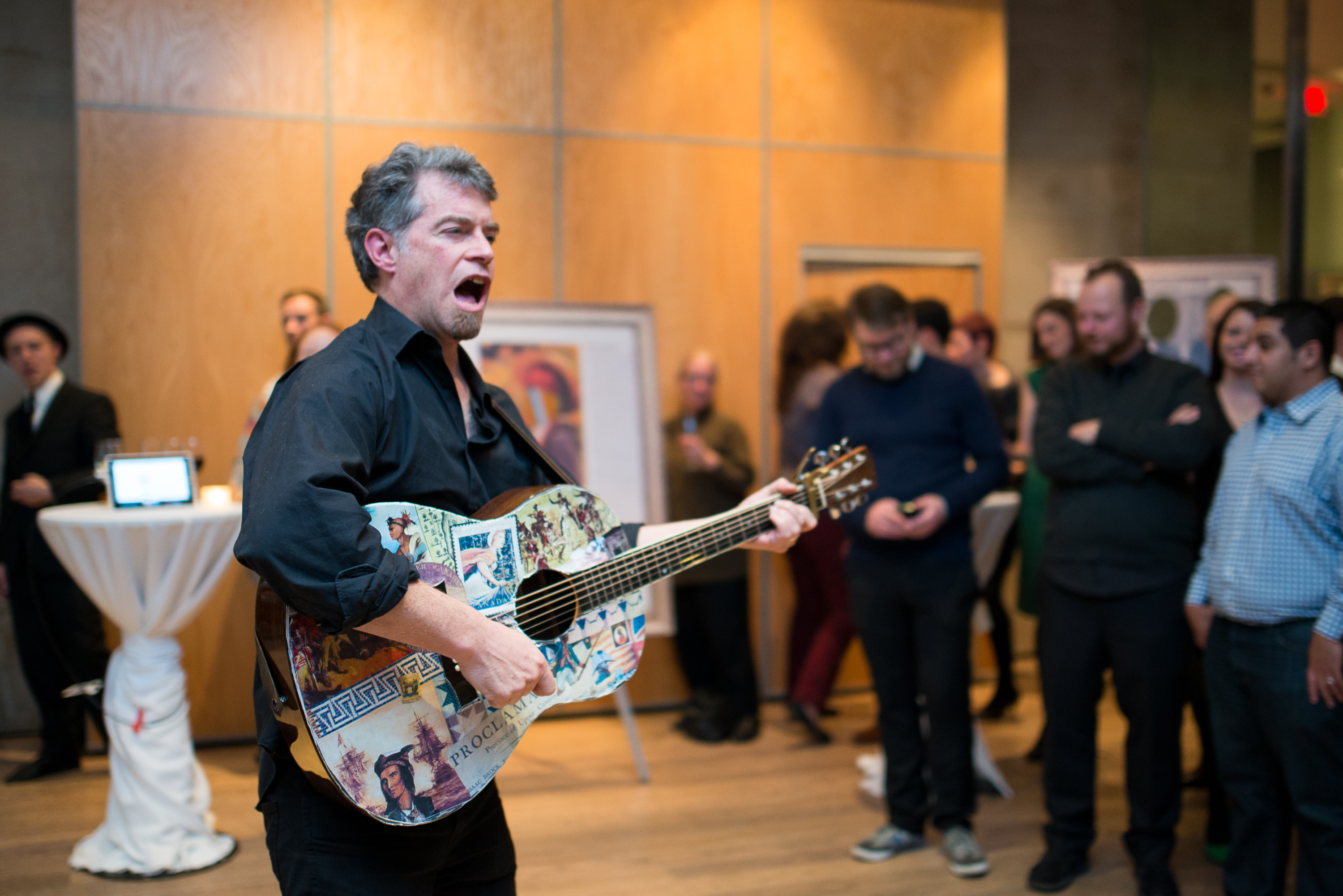 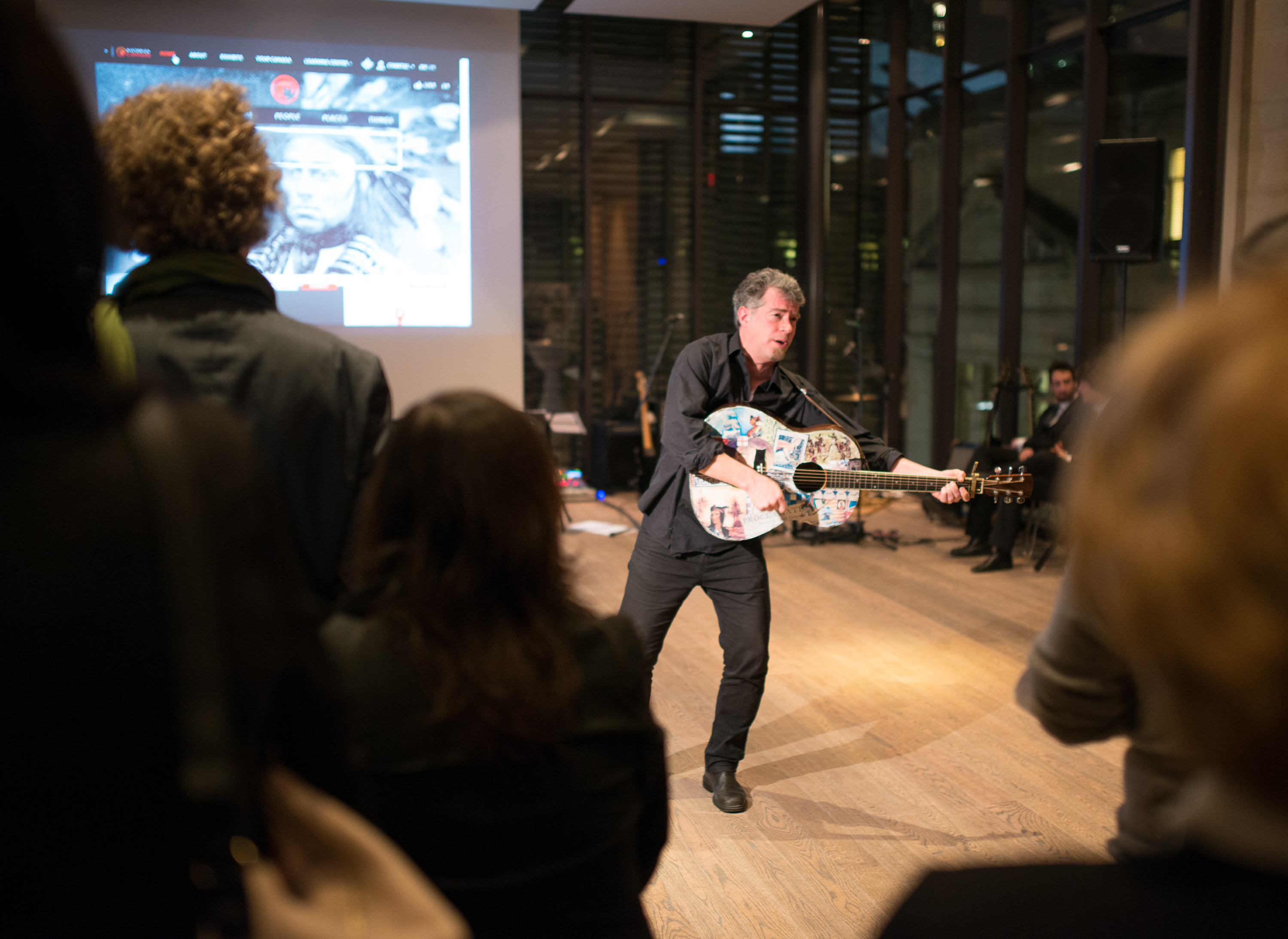 Michael Ford, singer, songwriter, multi-instrumentalist (born 27 September 1962). Mike Ford was a member of the popular alternative pop-folk group Moxy Früvous, for which he sang and played a variety of instruments from 1990 to 2001. He then embarked on a solo career, writing and performing songs based on Canadian history, including the Juno Award-nominatedCanada Needs You: Volume One (2005). He has collaborated with Juno-winning singer-songwriter David Francey and Moxy Früvous bandmate Murray Foster, and received the Queen’s Diamond Jubilee Medal in 2012.

One of nine children, Ford grew up in a Franco-Ontarian family in the Toronto suburb of Thornhill. His father ran a business creating audio-visual educational resources about Canadian history. While attending Thornlea Secondary School in the 1980s, Ford formed a cover band called The Chia Pets with schoolmates Jian Ghomeshi and Murray Foster.

After David Matheson joined, the quartet started busking with its own songs under the name Moxy Früvous and had a breakthrough when their eponymous indie demo EP was certified gold in Canada on the strength of the catchy a capella hit “King of Spain.” Their follow-up album Bargainville (1993) showcased the band’s quirky sound and satirical/political humour. It went platinum and earned them a 1994 Juno nomination for Group of the Year. The band released six more albums and built a cult following as they toured their popular live shows across North America and Europe before breaking up in 2001.

After Moxy Früvous, Ford created Canada In Song, an educational project that saw him perform curriculum-based songs about Canadian history in English and French in schools across Ontario, as well as at music clubs and festivals. His first album, the self-produced Stars Shone On Toronto (2004), featured him on guitar, drums, keyboard and harmonica. It paid homage to some of the city’s buildings, historic moments and deceased residents, including writer/urban activist Jane Jacobs and politician/environmentalist Tooker Gomberg.

Canada Needs You: Volume One followed and received a 2006 Juno nomination for Children’s Album of the Year. Ford expanded his focus to include centuries-spanning songs touching on people and events from across the country. The album featured such guest musicians as drummer Mark Mariash, Kurt Swinghammer, Sarah Slean and members of the Arrogant Worms, as well as a range of styles (e.g., Celtic, pop, folk, hip-hop, rock and garage-punk), humourous satirical/political lyrics and eccentric folk instrumentation.

He then released Satellite Hotstove (2007) and Canada Needs You: Volume Two (2008). The lyrical content of his 2013 album, Le Retour d’Étienne Brûle, spanned the 17th to 21st centuries and was sung entirely in French. His other 2013 album, Flames Across The Border: The 1812 Song Project, deals with events and characters from the War of 1812.

Ford and David Francey collaborated on the album Seaway (2009) after being inspired by sailing through the St. Lawrence Seaway and the Great Lakes for two weeks on the bulk carrier MS Algoville. Ford and his Moxy Früvous bandmate Murray Foster have a British Invasion-style band called The Cocksure Lads with guitarist Tim Bovaconti and drummer Blake Manning. The group released The Greatest Hits of The Cocksure Lads 1963–1968 in 2010.

Ford has contributed to recordings by Francey, Barenaked Ladies and The Klezmatics, and filled in for bassist/vocalist Chris Patterson on the Arrogant Worms’ 2009 tour. He continues to tour and record in support of Canada In Song, and also conducts school workshops that help students create their own songs about the environment, community and identity.