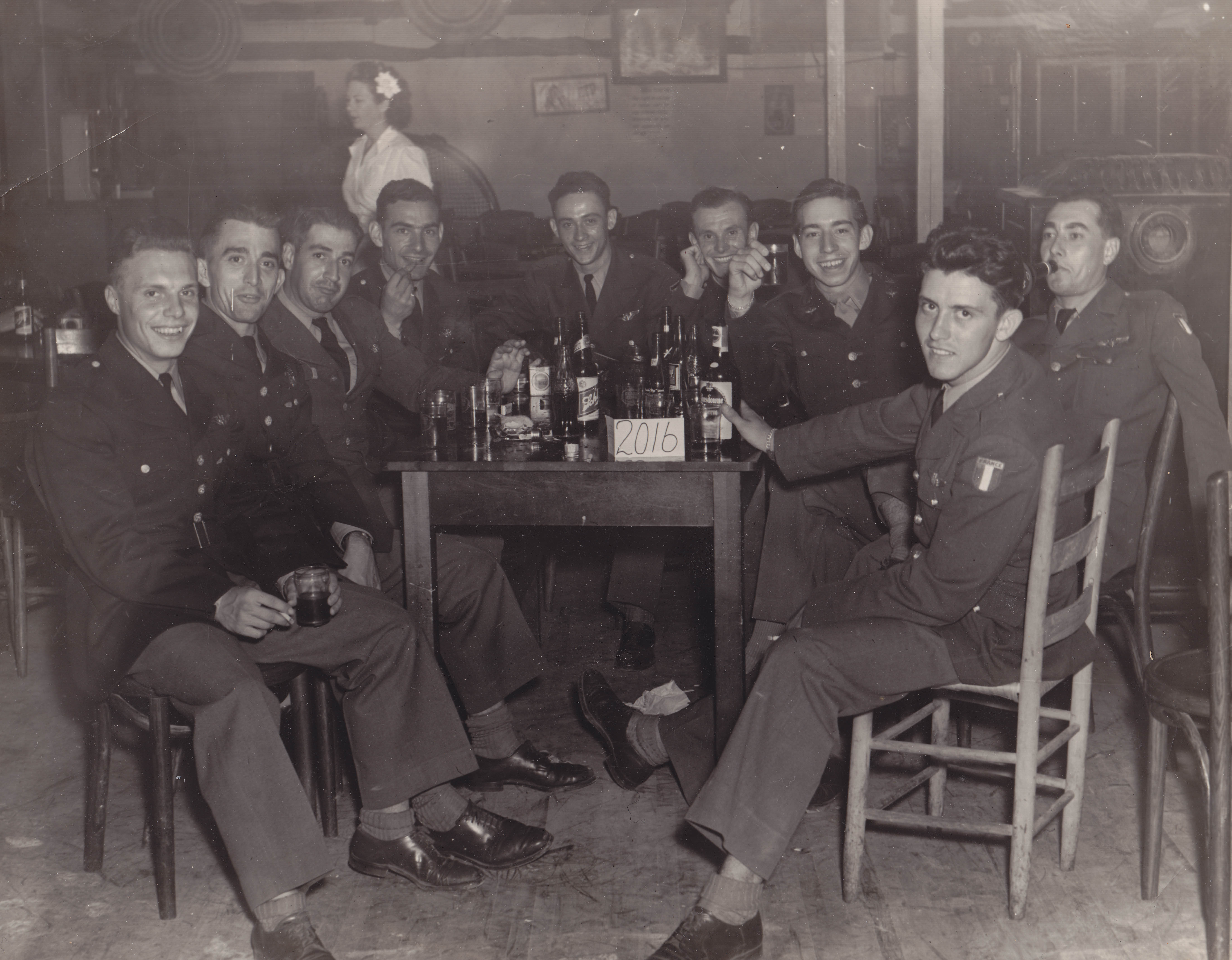 André-Paul Turin with other French and American comrades in Texas, October 1945. M. Turin is the second on the left.
(Courtesy of The Memory Project/André-Paul Turin)

"In spring 1944, I was sent from Tunisia to Casablanca, in Morocco to await departure to the US to train as a French aviator."

My name is André-Paul Turin. I was born in Paris on June 3rd, 1920. In 1921, our family moved to Algeria so that my father could work. I lived there until 1942. In November 1939, I was a student and I had to take a medical exam to be accepted into the French army, where I had chosen aviation. I underwent physical ability assessments for the aviation program directly in Algiers. Then, when the Allies arrived on November 2, I was accepted into the French army in Blida (Algeria), which was a mobilised center for the French army. On November 15th, 1942, I went to Tipaza (Algeria), to one of the French army’s regiments. This is where I started with the military. We lived on a farm and slept on a dirt floor, on mattresses filled with hay. We learned the basics of the military way of life; the rules, the orders, the ranks, and then we learned how to handle weapons; rifles and machine guns.
In January 1943, we finished our training in the French army. We shot a low anti-aircraft cannon using American equipment. It was a 40 mm canon, and I filled the cannon with shells. After a brief training of a few days on the Algerian coast, we travelled to Tunisia. Meaning that we travelled about 1500 kilometres in a truck along the French coast and then we arrived to Sidi-Ahmed (Bizerte-Sidi Ahmed Air Base) in Tunisia. We set-up camp in the country, close to the American airport where there was a group of American Hunters. There were also some Cobras, Mustangs, Hurricanes and Spitfires there.
In spring 1944, I was sent from Tunisia to Casablanca, in Morocco to await departure to the US to train as a French aviator. I was French Cadet 4567. Craig Field, Alabama was the landing base for all foreign aviators. There were aviators from China, Brazil and from France; all separated into different sections. We each had our own specific training, hangars, dining halls, and we also learned English. As Frenchmen, we also had a French chaplain. One day, he brought us all together and he told us that he had received a letter from the bishop of Quebec. The bishop had letters from young Canadian ladies who wanted to correspond with French soldiers. So, I jumped at the opportunity and I ended up corresponding a woman who would become my future wife, her name was Ms. Marcelle Marier. She was one of 14 children and her father had passed away a few days after we started our correspondence. So her family had to make it without their primary bread-winner and this was really hard for them, but we continued corresponding anyway. I had stamps and we were given a little bit of American money to pay for our day to day living expenses and whatever other little whims, so I bought myself some stamps. It cost me next to nothing, things were going alright, but later on I learned that my future wife didn’t have much money. She had to borrow money from her elder sister and her friends to buy stamps. As we corresponded, we started growing on one another. I originally took an interest in her since when I was young, really young, I heard that people who corresponded during WWI made good marriages. This stuck with me and I said, well now, I have the chance to find someone serious since I have experience…it was so ridiculous back in those days. So anyway, I jumped into things, and during our correspondence, I asked Marcelle to send me her picture, and I sent her mine that I had paid for in Craig Field. So, I realized…I also thought that it would be a real financial effort for her family to pay for her picture. But anyway, this didn’t stop us from continuing our correspondence. And then I continued on with the military.