"Now, we could have blasted the place off the map but Montgomery wanted the hand-to-hand fighting. He said the Canadians will handle it."

"Now, we could have blasted the place off the map but Montgomery wanted the hand-to-hand fighting. He said the Canadians will handle it." See below for Mr. McCourt's entire testimony. Please be advised that Memory Project primary sources may deal with personal testimony that reflect the speaker’s recollections and interpretations of events. Individual testimony does not necessarily reflect the views of the Memory Project and Historica Canada. 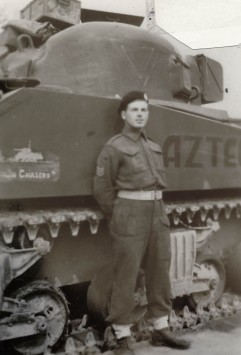 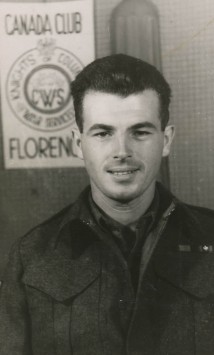 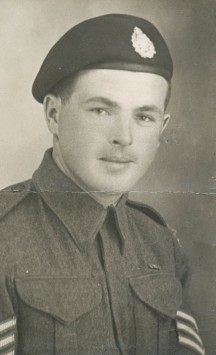 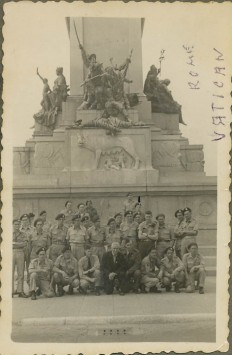 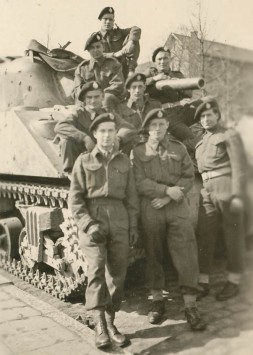 And we made a landing in Sicily in the morning and we were landed underwater, totally covered. And that went off pretty good because the Germans didn’t think anybody would be stupid enough to go anyplace in that type of weather. Of course, that’s where we went to our advantage. And we fooled them because we got in ahead of them and they didn’t expect that. So we did our program in Sicily for about 20 days or so and then we headed up to southern Italy, we moved up through that and up to Ortona and in Ortona, there was a screw-up because the British General [Sir Bernard L.] Montgomery [commander of British Eighth Army], he said, Ortona’s going to be tough, the German Panzers [tanks] are there and the German paratroopers. So he said, we’ll send the Canadians [under Montgomery’s command] in and he said, they’ll take it hand-to-hand fighting, they’re tough. Now, we could have blasted the place off the map but Montgomery wanted the hand-to-hand fighting. He said the Canadians will handle it. And we went in there and we lost a lot of men needlessly and whatnot, but that went on all through the war. We went north towards Bologna and in the mountains there, we got stuck there for a month in snow and cold weather with summer uniforms, no winter clothes and three feet of snow. And my troop was there for three weeks, before we got relief. And of course, [we] never got out of the tank and every third night, go back for rations and gas and ammunition. And the opposition was sending over air blasts about every eight minutes and then we had to be careful and I lost one guy there, Corporal [Thomas] Gargett [d. October 20, 1944], he was a westerner, he couldn’t stay in the tanks any longer; he was a taller guy than the rest of us. And he had to just get out and move and as soon as he got out, they sent over an air burst and killed him. So finally, they sent us relief and I got two weeks at the University of Florence, which was terrific. And when we come in after the day at the university, this guy called me over and he said, would you like to go to the opera, The Barber of Seville was on and it had just opened up. And the shops and everything were just opening up then. And because the activity was about 20 miles north. So we went to see The Barber of Seville, which was terrific. The music and everything was outstanding. We got a big kick out of it because when the people in the pit, the orchestra, they were Italian of course and they got mad at each other if they made a wrong move and they’d be hitting each other with their bows and their fiddles and whatnot. But when they settled down and the lights went out, everything went smoothly. So we saw the opera of The Barber of Seville, which was quite a thing; I’d never been to an opera in my life.