"So we landed and when I jump off the boat and look around, and I saw so many dead soldiers or wounded, I was really surprised to see that."

"So we landed and when I jump off the boat and look around, and I saw so many dead soldiers or wounded, I was really surprised to see that." See below for Mr. Fraser's entire testimony. Please be advised that Memory Project primary sources may deal with personal testimony that reflect the speaker’s recollections and interpretations of events. Individual testimony does not necessarily reflect the views of the Memory Project and Historica Canada. 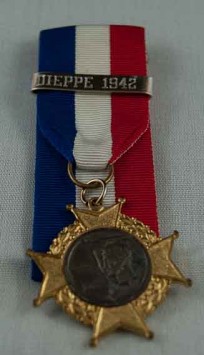 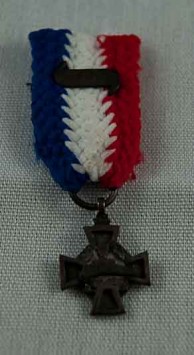 August 19, 1942, we land at 7:00 in Dieppe, in France. We were the last battalion to land at Dieppe. It was a raid. A raid is that you attack and then when the raid is finished, you’re supposed to come back. But we never came back because the raid was finished at 11:30 in the morning and the one that survive were caught prisoner of war for the duration of the war.

We were all on small boat, all our battalion was, there was 500 some odd people on small yacht. When we landed at Dieppe, we landed in a straight line. And when I landed, I pass one officer and the officer told me that, I asked the headquarters on the boat, they’re not sending you because this raid is lost. But at the time, we didn’t know why, probably they didn’t get the message. I’ve read books saying that the German were blocking the zone. So of course, whatever it was said on the beach, never reached the headquarters on the boat.

So we landed and when I jump off the boat and look around, and I saw so many dead soldier or wounded, I was really surprised to see that. I was in a three inch mortar, three inch mortar is a barrel that you put the palm of the mouth of the barrel and it goes down and then it explode and it goes up to the direction that you’re facing the canon. So I had three bomb and I would go through my three bomb, that was it. On the raid like that goes so fast on the front that you see one thing and the fellow next to you sees the other things. It was all mixed up. There was Churchill tank that landed, that the tank landed after us. They should have land, according to me, they should have land before us but they’ve landed after us.

These was big Churchill tank that weigh 70 tons. And some sunk in the channel, that was what we cross, it was English channel. And one of these boat landed on the beach. I went on that boat and I saw so many wounded on that. And then the Germans artillery started to shoot at us but it didn’t last too long. And the commandos were supposed to destroy the German artillery but they did succeed in destroying some of the guns but not all of them.

11:00, the raid was finished, the destroyer came forward, they brought down the flag half mast and everybody on the boat saluted to us on the beach and they raised the flag and all the cannon on that destroyer shoot in Dieppe and they went away. A lot of our boys tried to, to reach that destroyer but they could not, they didn’t have a chance to be picked up. So they came back to the ground and of course, they had no clothes on. They only had their underwear. And they were caught of course prisoner of war like we were.

And the next day, we took car. It was marked on the side of the car, 40 men or 8 horses. There was straw on the floor and a pail and a bottle of water. We took that boxcar, it was, we landed about 40 kilometres from Paris and after three days, you put it back on the train. It took us three days to camp. We were at the camp Stalag VIII B in Lamsdorf. It was a small village. It was a big camp, I think there was about 10,000 prisoner of war there, because there was a working party, some of them were working outside the camp and the other inside. And this camp opened in 1940 after France fell.

But we went into a building, five by five, and they tied our two hands, cross-wise and the front, with a piece of string. That was 24 hours a day. This tying job was 55 days and then the Red Cross International came and visit us and our hand with all blistered and the officer said to the German, they have to think of something else and take these strings away. Oh yes, to go to the bathroom, we have to get 10 together and then they would send a first aid man with us to go to the bathroom, to pull up our trousers. After 55 days, he came out with these chain and we were chained up 14 months. And the chain was better because we were dressed in summer and when winter came, it was very cold but with the chain, we could put our hands in our pocket, which we did.

I could never turn the page. And even this morning, at 3:00 in the morning, I waked up, souvenir of the war came back. Often these things, yeah, coming back to me. I could never turn the page. Oh no, I shouldn’t say that. When I was working, my job came first and then I never thought of the war, only on the 11th of November. I used to go to the parade but otherwise, even the fellows, where I worked, never knew I was a veteran. But after two years, when I took my pension, my mind cleared up of my work and then the war souvenir came back. And it still does, it still does, after so many years. I went back to Dieppe 10 times. And the reason I went back to Dieppe, it was on account of the, I lost three friends on the beach at Dieppe and that’s the reason I went back.