"The women had never had jobs like this before and we wanted to prove ourselves. I think that’s part of it. And the men accepted us."

"The women had never had jobs like this before and we wanted to prove ourselves. I think that’s part of it. And the men accepted us." See below for Mrs. Geary's entire testimony. Please be advised that Memory Project primary sources may deal with personal testimony that reflect the speaker’s recollections and interpretations of events. Individual testimony does not necessarily reflect the views of the Memory Project and Historica Canada. 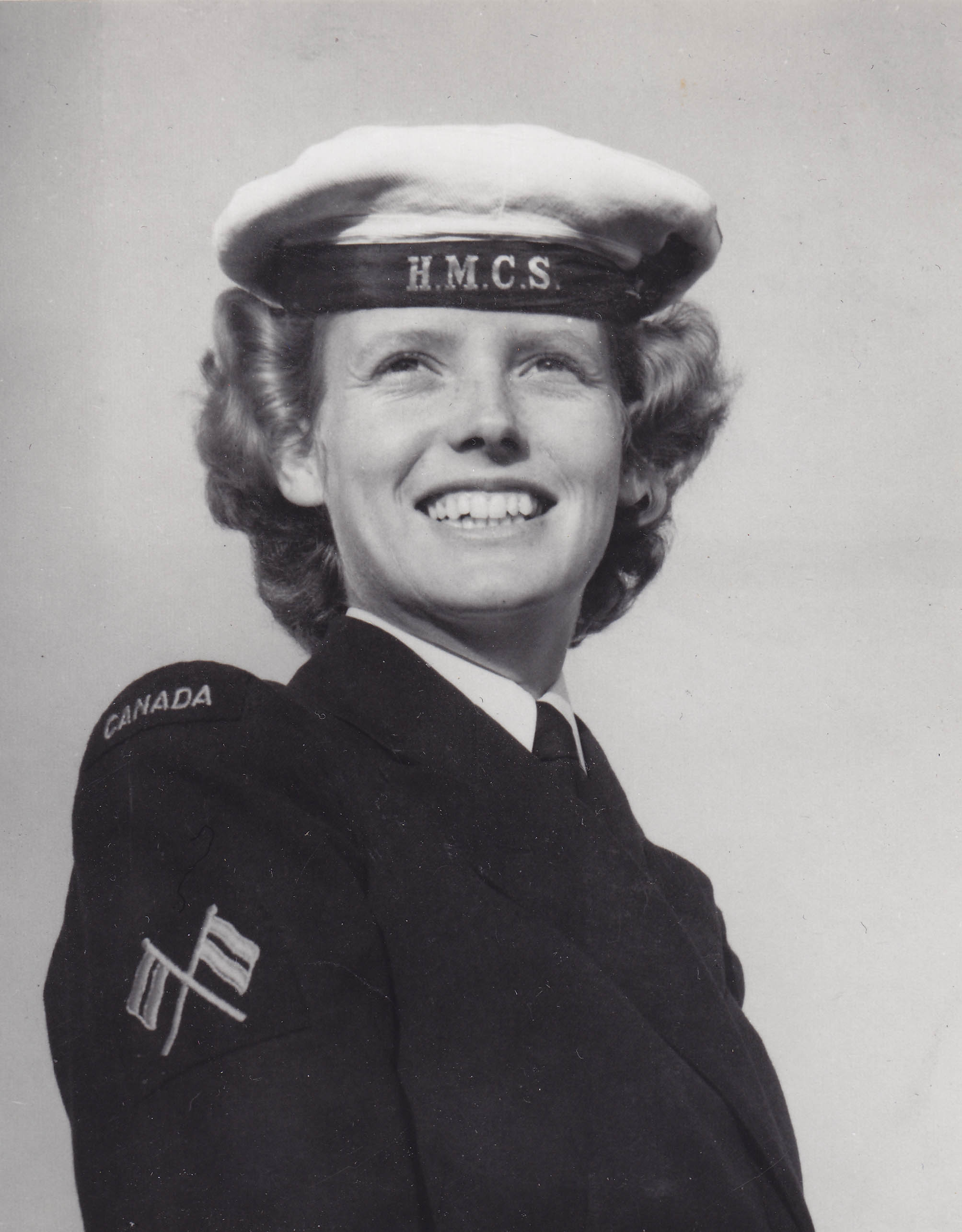 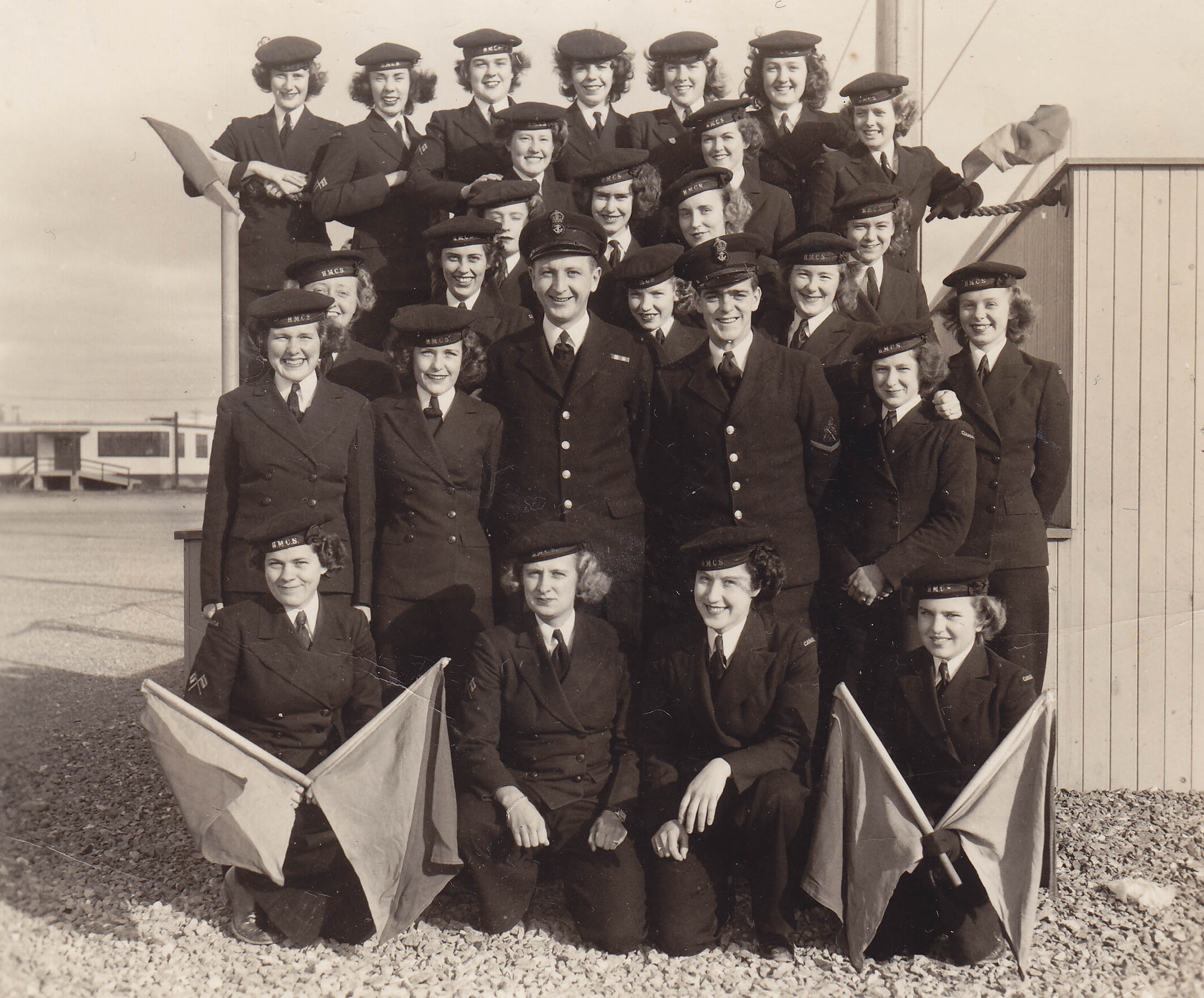 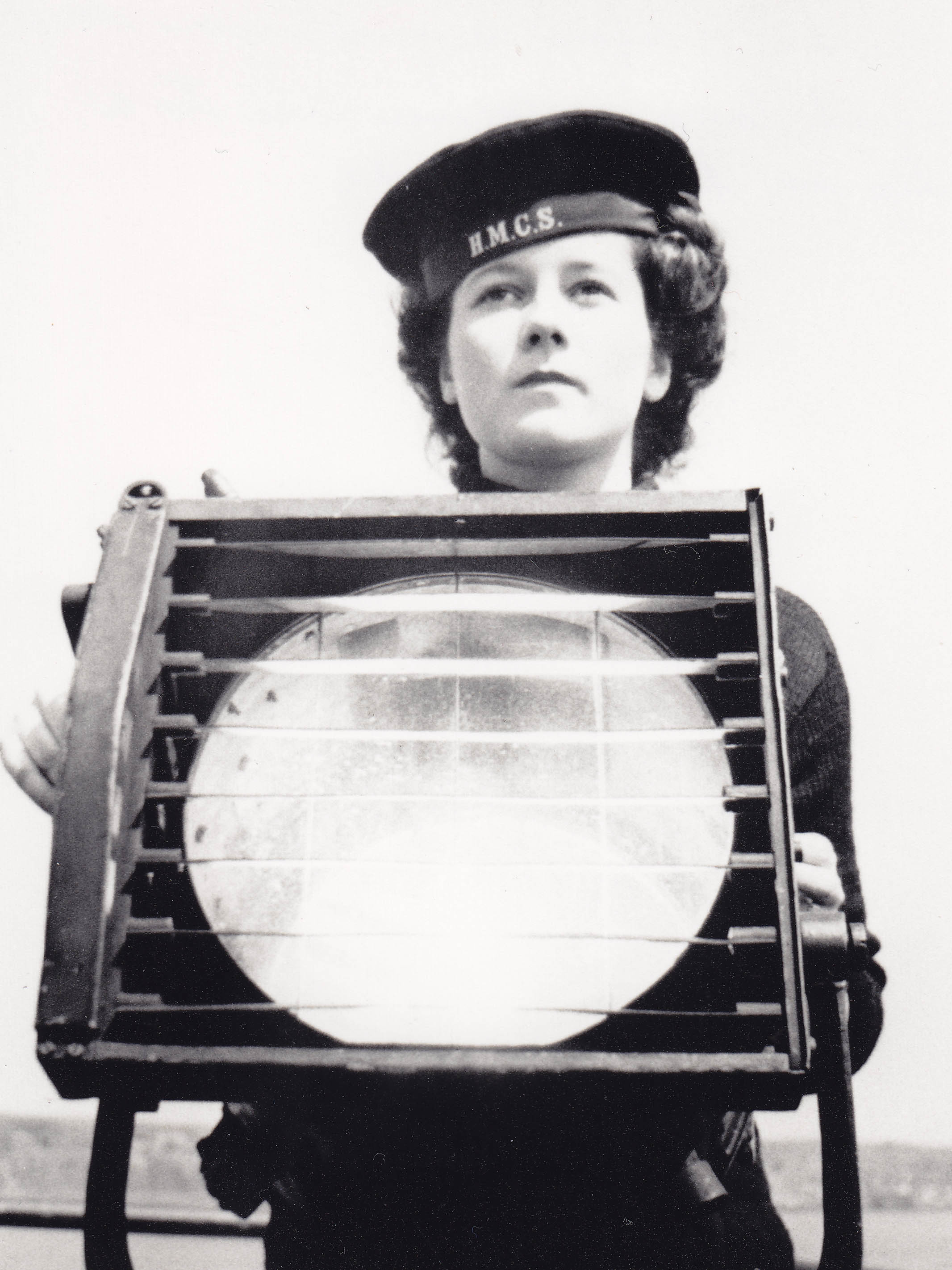 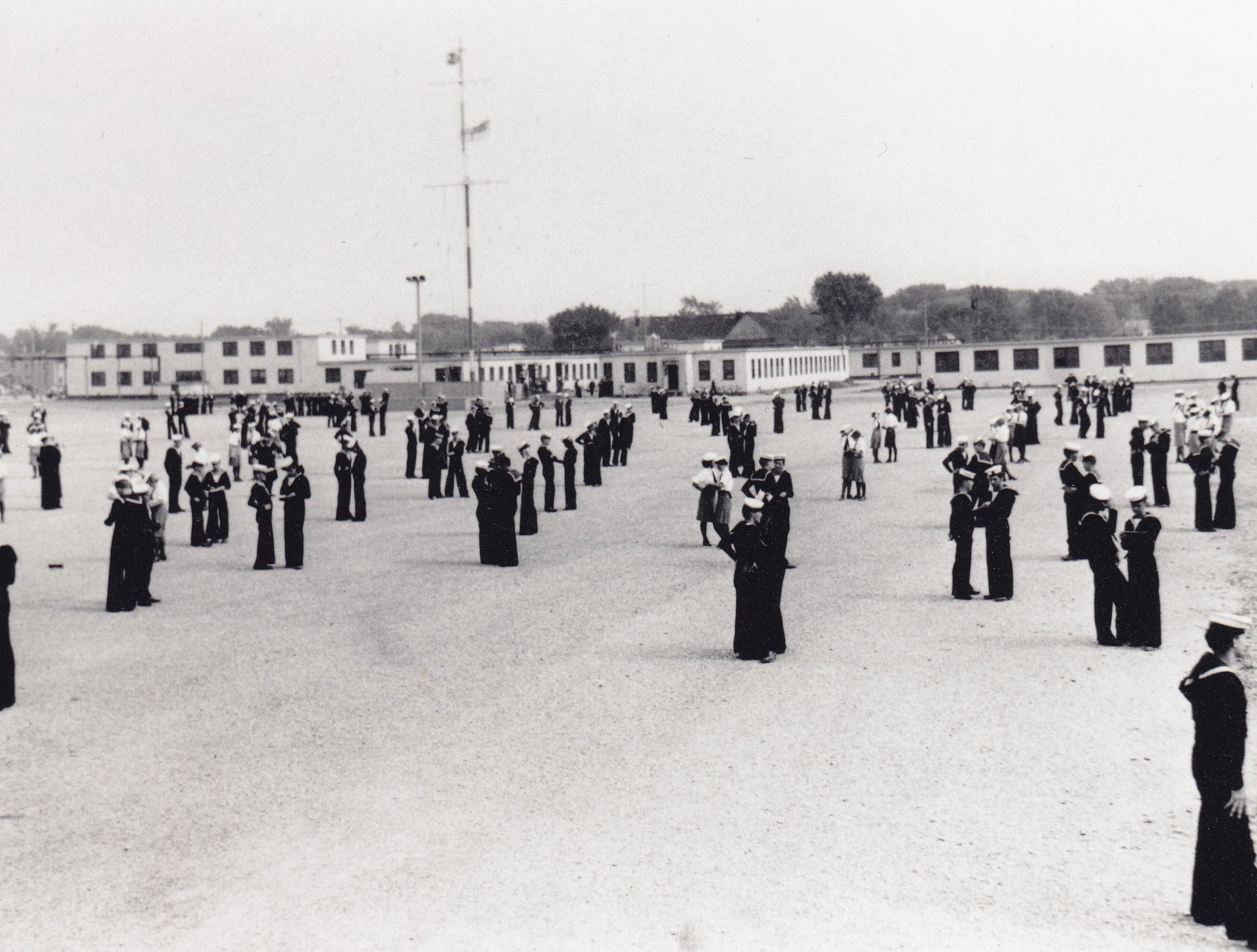 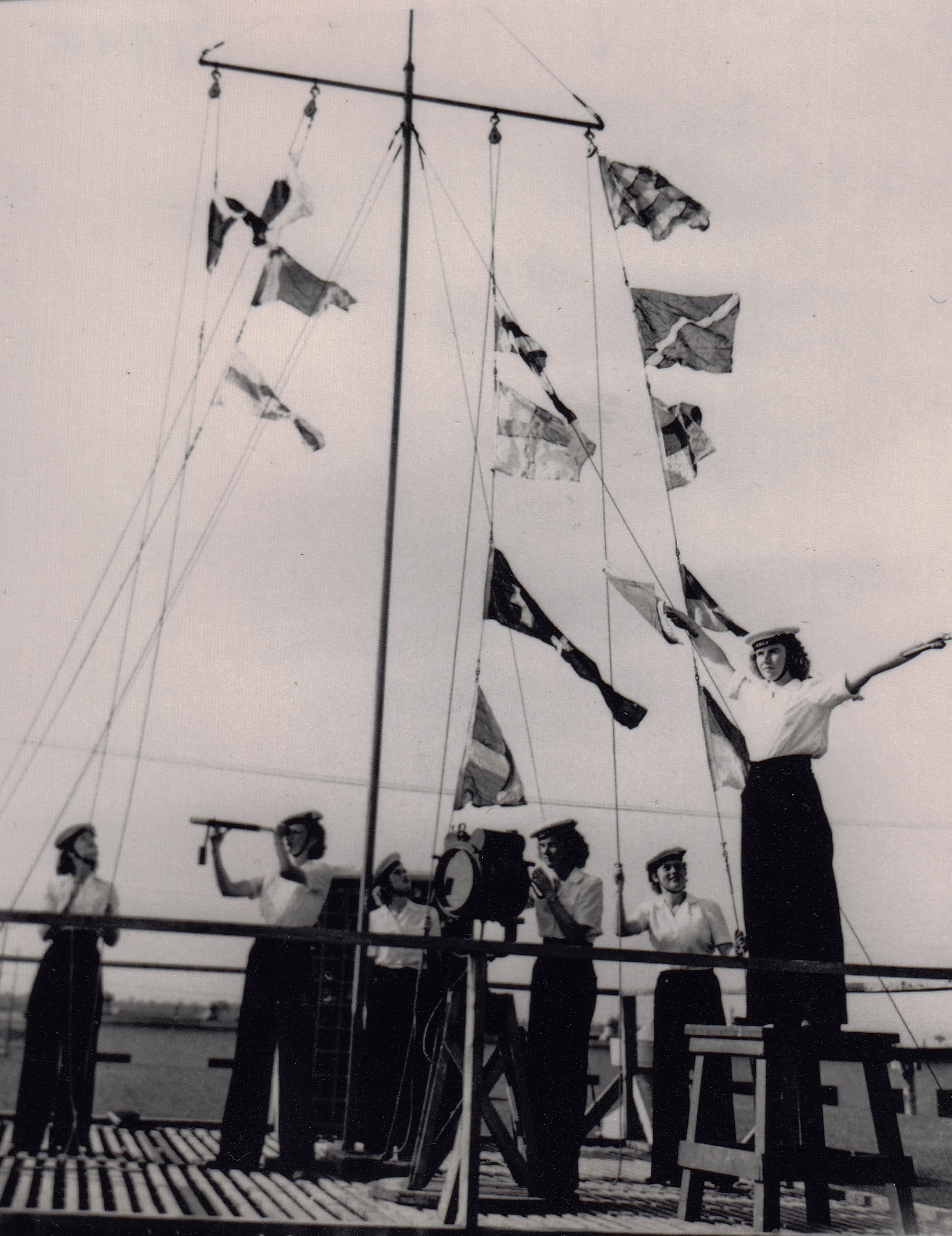 The women in the armed forces during the Second World War really opened up women to work in non-traditional jobs because we all had these wonderful jobs helping the men during the Second World War. In fact, the sailors congratulated the Wrens [Women’s Royal Canadian Naval Service] often, the signal Wrens for the good work they were doing because they thought the girls were better than the boys at signaling.

We were more dedicated. The women had never had jobs like this before and we wanted to prove ourselves. I think that’s part of it. And the men accepted us.

For learning, we had to learn the Morse code and watch it being signaled on a tiny little light. There’d be two of us out on the parade square, for instance. And one would be writing down, the other would be reading. And then we had to learn semaphore and say in case the lights weren’t working up in the tower, something happened, I don’t know, it could only be sent by semaphore, so we had to learn semaphore; and we had to learn it very quickly and to be able to do it quickly. You have a flag in each hand, say, down by your side, and you had to know that if you raised it halfway up, that was B, then up a little further, C, and right up with the flag up to your head, that’s D. And then all the way down the other side. And you have different signals for every letter.

So you could learn to send it very quickly and you could read it quickly if you knew it well. And we often used to signal each other; say, we were in, in the mess having our dinner and you wanted to send a message or talk to somebody at the other end of the room, you could just send a little finger message in semaphore.

I guess my last day of signaling in the dockyard, a shore patrol came to escort a couple of us back to barracks. And, of course, we didn’t know what was going on at this time; and apparently, it was the end of the war that day and we were escorted by the shore patrol back to our barracks because, I guess, there was some rioting going on downtown. So, anyway, I ended up sitting on my top bunk looking out at the north gate of HMCS Stadacona and watching the shore patrol bring in sailors that had I guess been messing around in the liquor stores and dumping bottles of liquor at their feet.

We heard that the mayor of Halifax and Admiral [Leonard] Murray, I think it was, had closed everything down rather than open everything up to celebrate the end of the Second World War. So when VJ [Victory in Japan] Day came, of course, they learned a lesson and everything was opened up. We had the longest conga lines streaming through the barracks at Stadacona and toilet paper streaming from the barrack windows and we had a great time. [laughs]

The Wren training that I had and the experience were some of the happiest days of my life, learning to signal and I felt very important that I was helping out. It was great, just loved it.