"The Red Cross went up twice to try and rescue the two wounded, right up in front, but the Germans kept firing on them."

"The Red Cross went up twice to try and rescue the two wounded, right up in front, but the Germans kept firing on them." 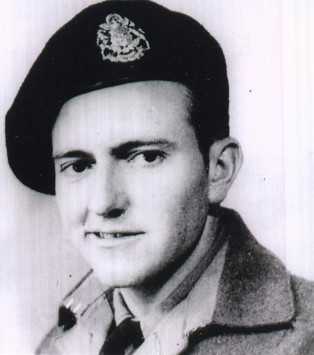 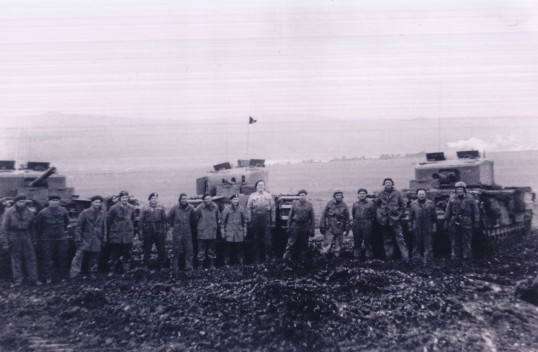 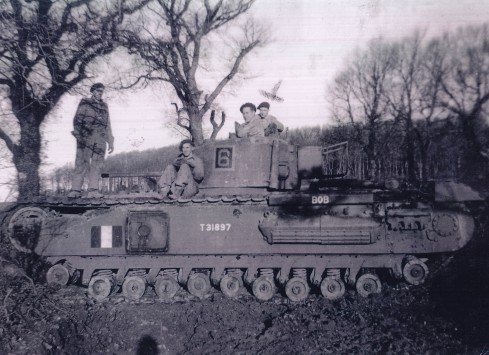 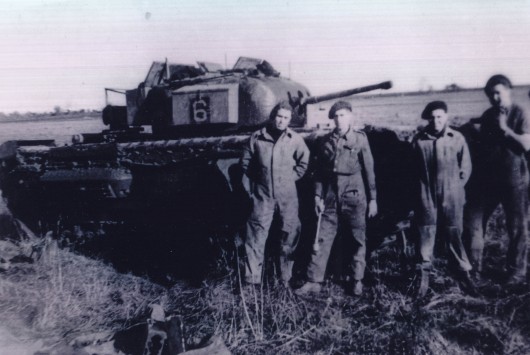 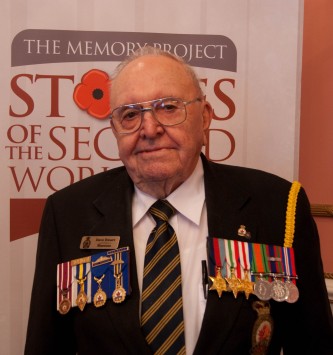 We were sent up to a gully and they called it Vino Ridge. It was actually a gully that went from Ortona to San Leonardo [Italy] and that was a German front line and they were behind this gully. So we went up to support, I think it was the PPCLI [Princess Patricia’s Canadian Light Infantry], and they made frontal attacks on this gulley and the Germans were behind the gully and just wiped them out. And I recall one morning we were up supporting the PPCLI and quite a few of them were wounded. Two were left on the ridge with their legs blown off, or one leg blown off, and they kicked their leg all day. You couldn’t get out to get them because of snipers. The Red Cross went up twice to try and rescue the two wounded, right up in front, but the Germans kept firing on them. So they had to come back and those poor guys just lay there all day, kicking their leg and they were rescued at night.

And the other chap came right in front of the tank. I thought he had a red handkerchief hanging down his front, but I found out it was his stomach was hanging out and he fell on the track right in front. We couldn’t get out to get him because they just, as soon as you popped your head out of the tank, the snipers would just fire at you. And he only lasted a few minutes and he died. We could see his breaths getting shorter and shorter in the cold weather.

After Ortona, we went to San Leonardo around the side and eventually, that’s where we were able to get from San Leonardo into Ortona another way and the Germans pulled out. But there was almost a month fighting around Ortona. The infantry were losing about 20 or 30 men every day, so the casualties were very high.

They took us out for a rest period and we were in a house, Italian house for the winter and it was an old brick house, the Italians stayed in the bottom and our troop occupied the next floor. And for some reason, one of our gunners, for something to do, decided to clean grenades, take the grenades out of the tank and clean them and he made a mistake on the last grenade and pulled the pin before he took the base plug out, and it went off in the house and killed three people. And the Italians down below were very excited, they came up saying, “Mama mia! Mama mia!” And they gave us all that there was left, a rosary, which I still carry today, or keep, as a keepsake. And there was three killed in that and we were fortunate. We just went out the door a few minutes before to get the CBC news from Africa and closed the door and we just got out when the grenade went off.