"When I think of my grandchildren at 18 years old, I would, heck, definitely not like to think that they would have to see this type of thing."

"When I think of my grandchildren at 18 years old, I would, heck, definitely not like to think that they would have to see this type of thing." See below for Mr. Abells' entire testimony. Please be advised that Memory Project primary sources may deal with personal testimony that reflect the speaker’s recollections and interpretations of events. Individual testimony does not necessarily reflect the views of the Memory Project and Historica Canada. 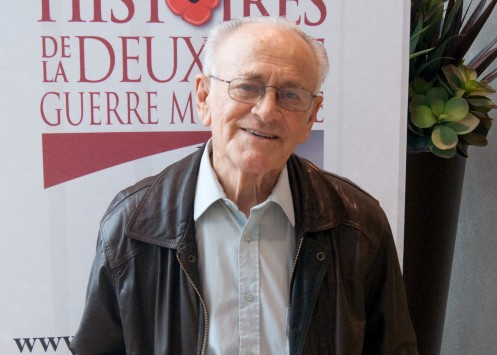 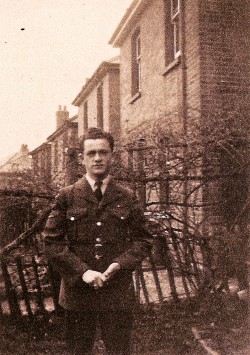 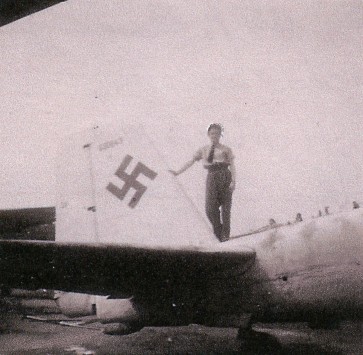 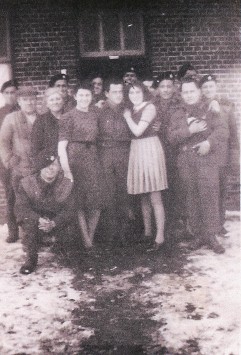 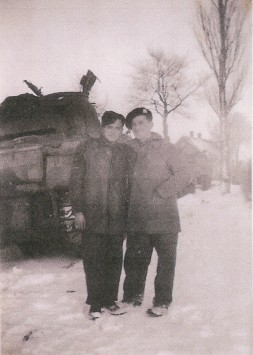 My name is David Abells. I was born in Winnipeg in 1923, April 21st. I am now 87 years old. After Montreal, I was posted to No. 7 Bombing and Gunnery School in Paulson, Manitoba. I was in contact with the planes who were flying and teaches the air gunners and also I had to at times check the radios and aircraft. The thing that I guess bothered me most was when, while I was on duty one time, two of our aircraft collided, and killed all the students and the pilots which was rather disturbing because I was involved with them, talking to them on the radio when this all happened before they died. From there I was supposed to go overseas.

The first indication actually we had was that D-Day [the Allied Normandy landings of June 6, 1944] when we saw hundreds and hundreds of planes flying and they all had markings on them and they were all painted, large paint on the wings and there were hundreds and hundreds of planes. Unbelievable. So we knew something was happening but just before that we were sent to a, near where we were to be, to leave England, go across the [English] Channel and after a few days, we were put on what they call a Landing Ship, Tank [LST] and sent across. Landed in Normandy. Oh, for a little while we couldn’t do anything because there was too much shelling. It was a couple of weeks until aircraft came in because there was too much shelling on the airfield and after they did come, we started back to work. Simple communication between the different airfields, totally unknown. They were all in code.

One thing that has bothered me a lot… I guess at one point in Normandy I was involved in helping to bury some soldiers, which was quite upsetting. I was stationed that time in an orchard you could call it. Our unit was stationed there and I just went for a short walk one time, I don’t know why, and I came upon this place where they were burying the soldiers and it gave me quite a shock. And the padre in charge asked me if I knew where I could get a Bible. So I said I’d go back to our officers’ quarters and see if I can get one. And I got one and I brought it back and I didn’t stick around there too long but I saw them unloading these guys off the truck. I just wish that kids didn’t have to go through this type of thing that I’ve went through. When I think of my grandchildren at 18 years old, I would, heck, definitely not like to think that they would have to see this type of thing.