"They got over this wire... 'cause you used to hang tin cans or something on there so, if it touched it, it warned you that there was someone there…"

"They got over this wire... 'cause you used to hang tin cans or something on there so, if it touched it, it warned you that there was someone there…" See below for Mr. Franks' entire testimony. Please be advised that Memory Project primary sources may deal with personal testimony that reflect the speaker’s recollections and interpretations of events. Individual testimony does not necessarily reflect the views of the Memory Project and Historica Canada. 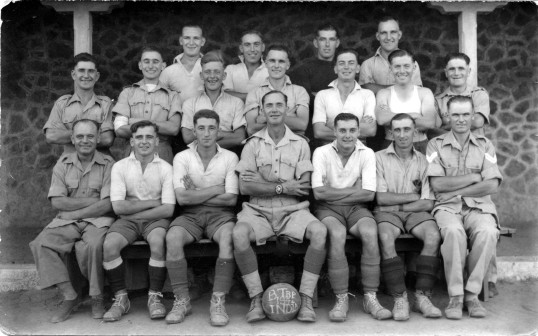 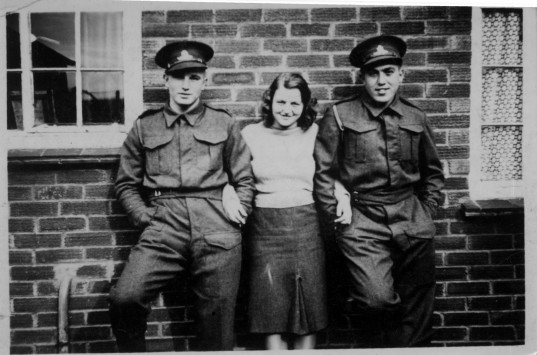 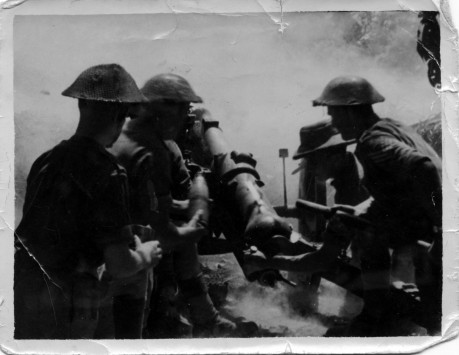 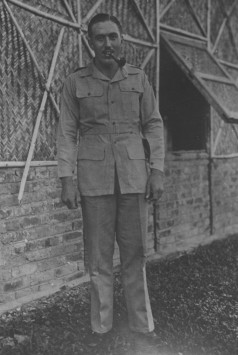 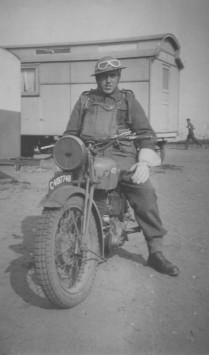 Douglas Hubert Franks. I was with the 393 Battery, 99th Field Regiment and the British 2nd Division.

We landed in India after making an eight-week trip from England because we couldn't go through the Suez Canal as it was plugged with sunken ships. So, we had to go down, first to Sierra Leone. We laid off 5 miles because it was beyond the wing span of the mosquitoes. And that was known as the white man's grave because of malaria. From there we went to Cape Town. And base camp in Bombay was a place called Amanagir.

When the Japanese pushed through into the Arakhan, we were the chosen brigade to go down. We were to land on the island as assault troops. And the order came down it was too dangerous to make an assault on sea, so we had to go down by land. The guns we had, by the way, were what they call, Peace Guns or Screw Guns. There was eighteen parts. You could take them apart and mount them on to mules' backs for going up mountains. We had them because they were smaller than the field gun and they were more of a Howitzer that just lobbed over the top of the hill. A very accurate gun but they're very short range.

We moved south. And a place called Makilla was a very hot spot. I was on guard this night and we always put a wire, twenty-thirty feet ahead of slit trenching and, for some reason the Japanese got wise at this wire... "Over here, Johnny. Over here." In good English. You'd think it was British troops that were there... just to draw your attention. They got over this wire... 'cause you used to hang tin cans or something on there so, if it touched it, it warned you that there was someone there... other... it was tall enough that animals could get underneath it, but, humans couldn't. They got close enough and we noticed it was them, we had orders and they said, "You never fire when you're on guard... until you see the whites of their eyes." Well that's a little bit close in the night time. Anyway, they attacked and there were several of them. The fellow next to me was shot. He had three bullets. One through each side of his helmet, one through his head. This Japanese officer struck at me with a sword and shot off my helmet down and severed my shoulder. And from there I was flown out and that was the last I seen. And I was flown back to England and they fixed my shoulder up and got it back. And, as my unit was still out in the Far East, I was put into a Grenadier Guard unit who were mobilized then and in a tank unit. I was a driver of what they call a crab Sherman tank that has a flail on front for setting off mines.

We went over to D-Day on the second day and we got through and went all the way up until, finally, the Germans surrendered.