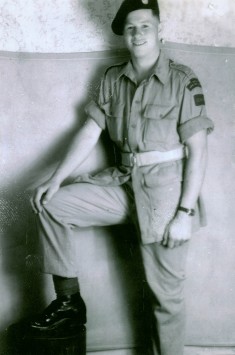 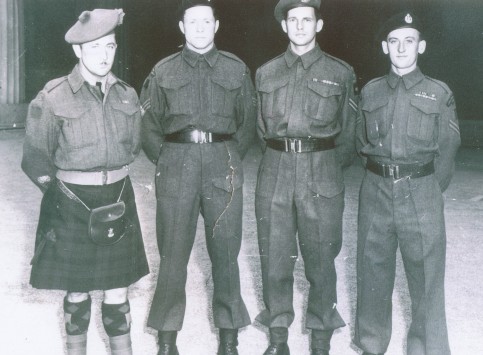 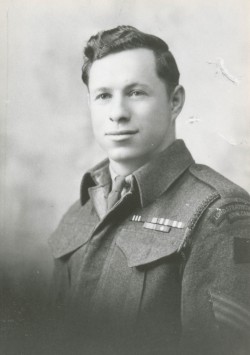 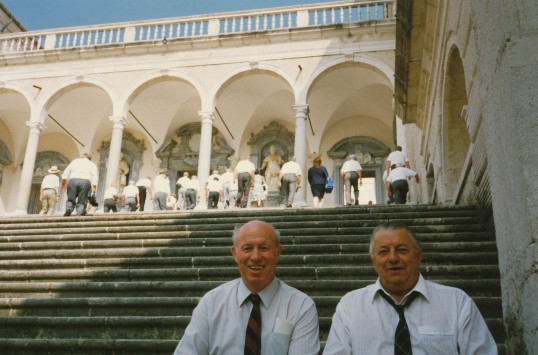 My oldest brother was already in the artillery when I joined up, and then later on, my next oldest brother, he joined the navy and one of my younger brothers, he volunteered and joined up, but they turned him down the day after he was in when they found out that his father was a farmer. Well, farm help was getting pretty short at that time, so they weren’t interested in taking people away from the agricultural sector.

I actually signed my name in Brandon, Manitoba. Then they shipped us to Winnipeg, and I was in Winnipeg for several weeks and then they shipped us down to Listowel, Ontario. And then from Listowel, Ontario, we went to Camp Borden, Ontario. And we trained there until the fall, that fall, 1941, and then they sent us on embarkation leave and when we came back, they sent to Debert, Nova Scotia and we were there for about a week and then in November, they put us on boats and shipped us to England.

After England, they shipped us to Italy and I was in a big battle known as the Battle of the Melfa River, right near Cassino. And I think everybody knows what a tough battle that was. And they wanted our regiment to cross the Melfa River where they could get around and cut Highway No. 6 between Rome and Cassino, so that would cut off their ammunition and food supplies to the Germans who were in command of Monte Cassino, was which a high mountain. And so asked our regiment to cross this river, which we did.

In the battle for that river, my troop was very heavily involved in that. I was in the reconnaissance troop. We were to make the crossing of the river and we were to be supported by the Westminster Regiment. And we got across the river, one of my guys got wounded before we crossed the river and the other 14 of us got across and we took some prisoners and sent them back. But we were over there alone for two hours before the Westminster Regiment were able to support us.

Well at home, you got into bed in white sheets every night and in the army, you had wool sheets, but when you’re in battle areas, you slept on the ground or maybe in the back of your tank or in a slit trench. Or if you were fortunate enough to be in barracks, you were inside with a roof over your head. Otherwise, you were pretty well roughing it.

At the battle of the Melfa River, which I referred to earlier, we had 25 people killed in that 24 hour period.