"You're twenty years old and you think of your own mortality and are you going to survive the next twenty-six trips. We did."

"You're twenty years old and you think of your own mortality and are you going to survive the next twenty-six trips. We did." See below for Mr. Cowhey's entire testimony. Please be advised that Memory Project primary sources may deal with personal testimony that reflect the speaker’s recollections and interpretations of events. Individual testimony does not necessarily reflect the views of the Memory Project and Historica Canada. 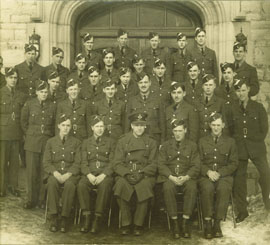 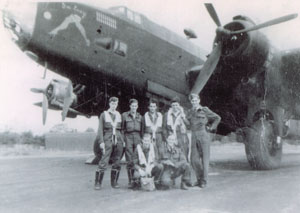 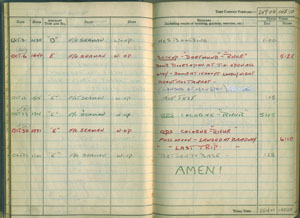 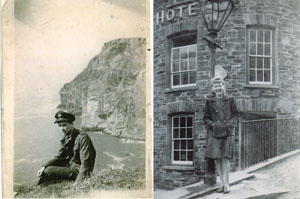 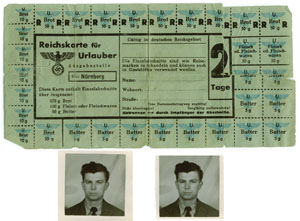 My name is Gerald Cowhey. I live in Kingston, Ontario. I was a wireless operator in the Second World War. My rank under training was R195886, and as a commissioned officer was J37937. I joined up in Ottawa in the fall of 1942, and went to Lachine Manning Depot. A short time at Queen's University, and then out to No. 2 Wireless School, where we spent twenty-eight weeks in training. Eventually overseas to 426 Squadron at Linton-on-Ouse in Yorkshire, part of 6 Group, RCAF Bomber Command. We started our tour in early July of 1944. Our first four trips were Army co-op and buzz bomb sites. Our first German trip was to Wessling in the Ruhr. Returning from that trip we were badly shot up over Belgium, and we left the aircraft at Woodbridge. We lost the starboard wing tip, complete loss of the starboard airleron. They say we were pretty well all shaken up from that trip. We had an excellent pilot, Murray Seaman. We thought at the time that we had an excellent pilot but that we had twenty-six more trips to go to get through this. You're twenty years old and you think of your own mortality and are you going to survive the next twenty-six trips. We did. I came back to the Squadron as Safety Officer after we had finished our tour, and then back to Greenwood, Nova Scotia, as part of Tiger Force. The war with Japan was still on and we were to convert on to Lincolns, and of course the Americans dropped the atomic bomb at Hiroshima and then Nagasaki. The war was over, and back to civie street.