"I hit Korea and then seeing this poor country devastated, bombed out, burned out, blown up, it was absolutely mind boggling for a young guy to see all this." See below for Mr. Harrison's entire testimony. Please be advised that Memory Project primary sources may deal with personal testimony that reflect the speaker’s recollections and interpretations of events. Individual testimony does not necessarily reflect the views of the Memory Project and Historica Canada. 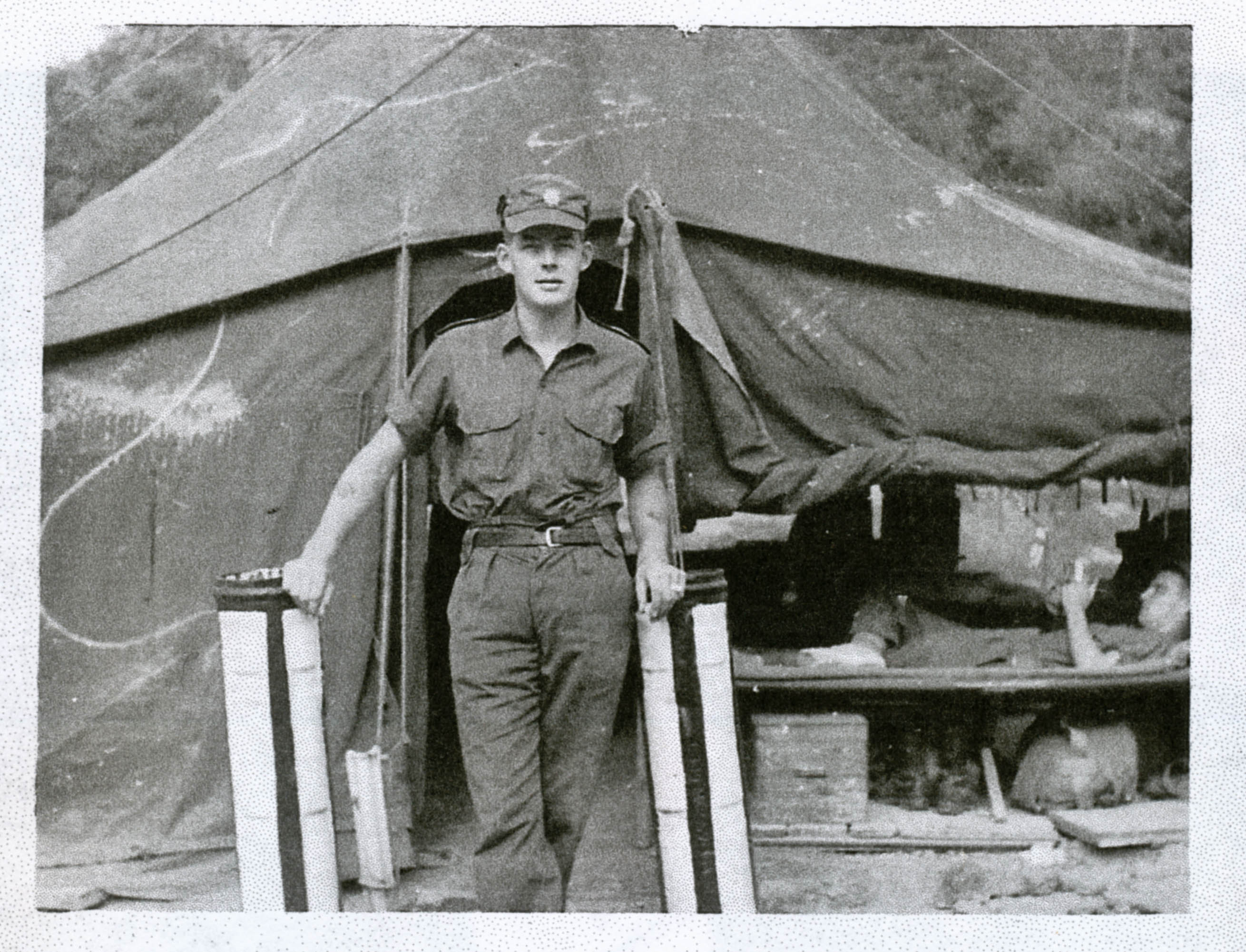 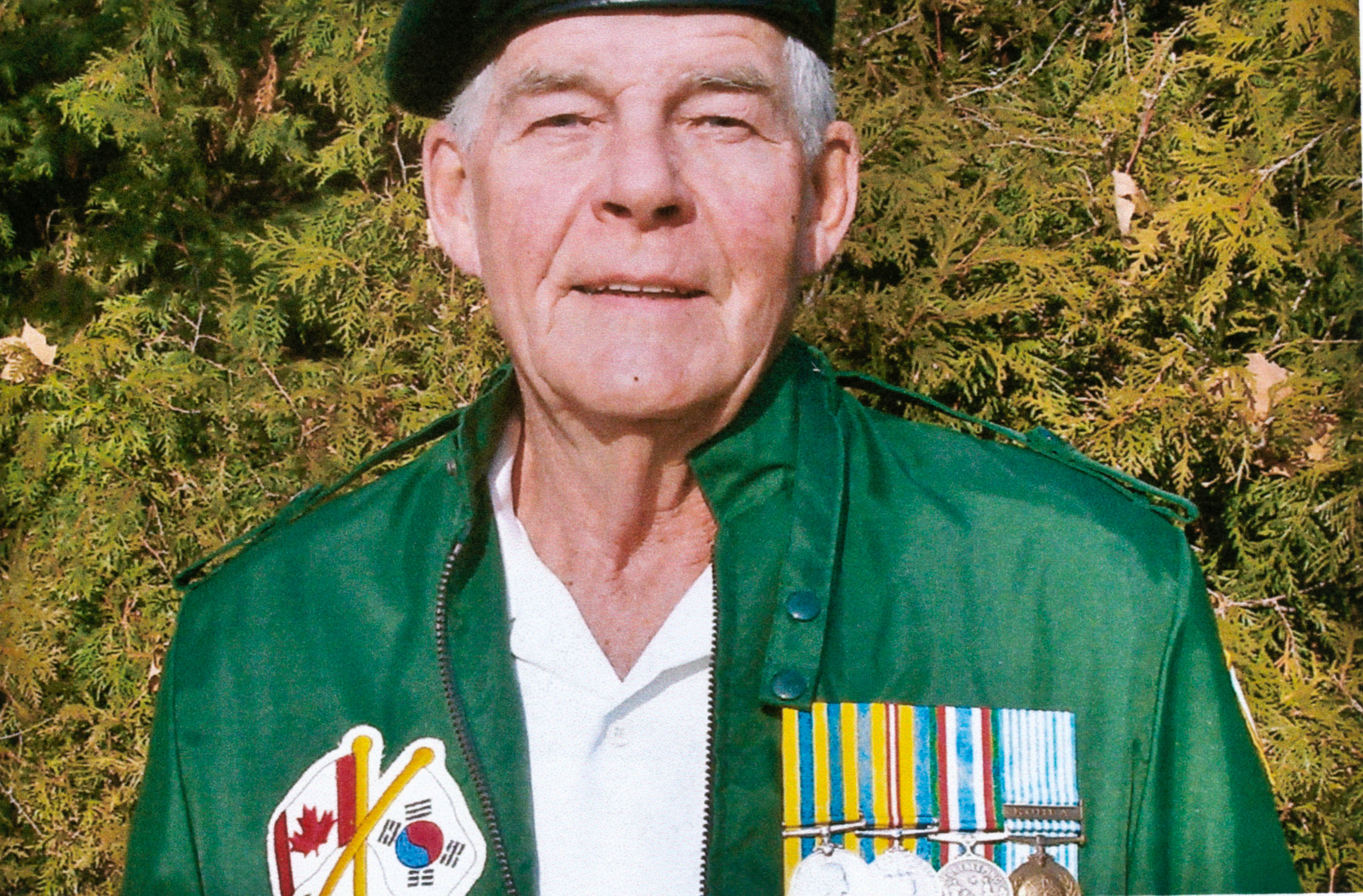 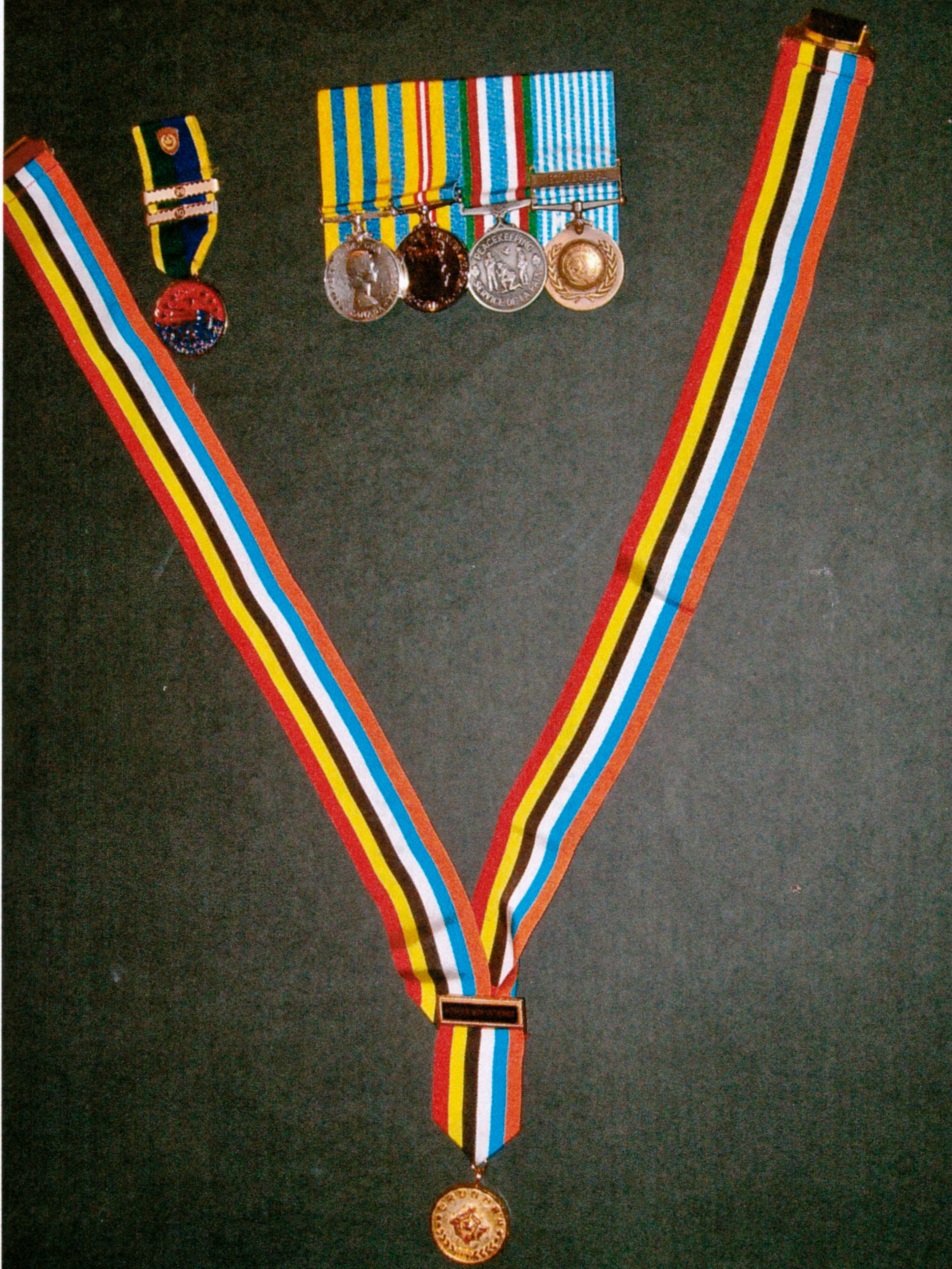 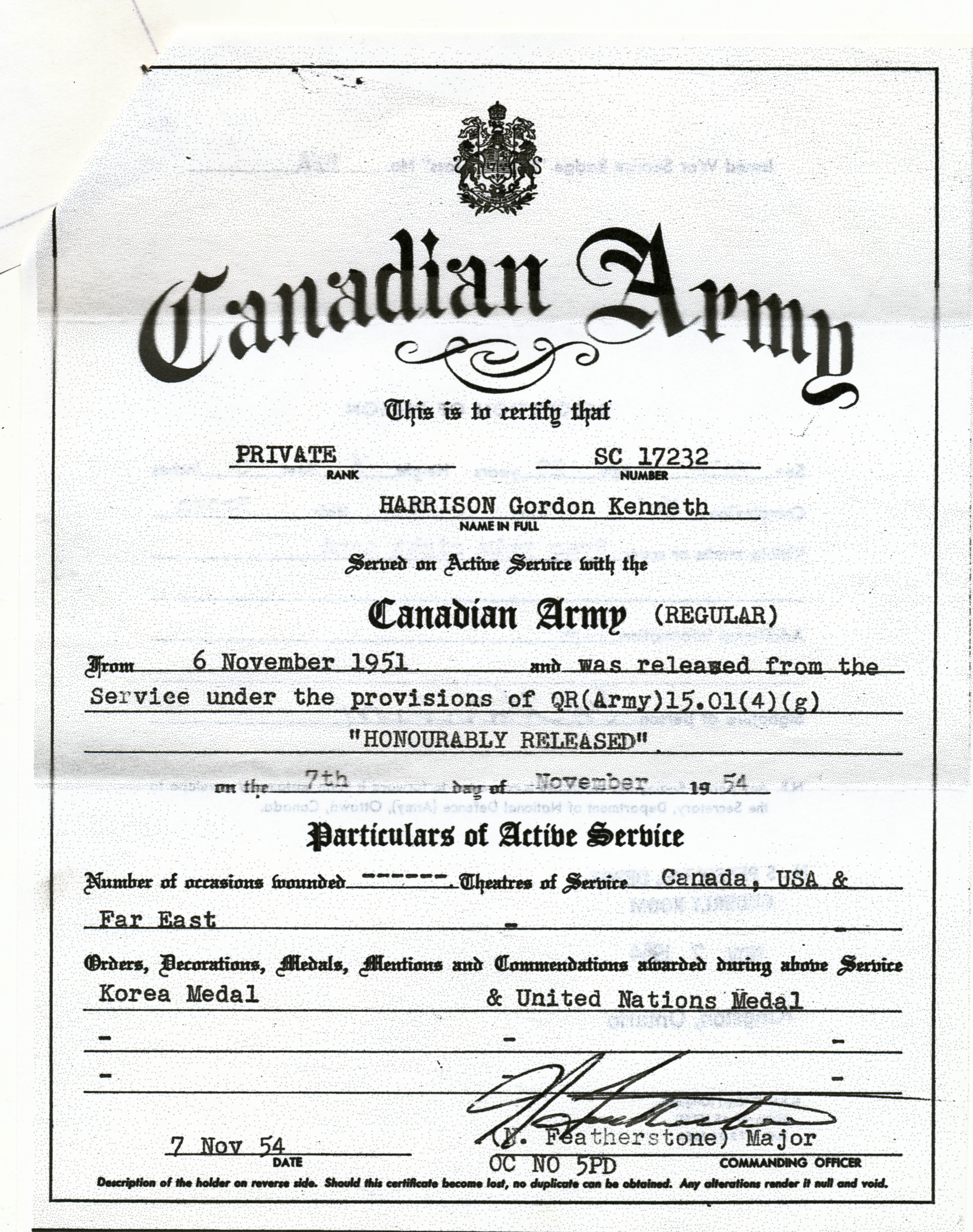 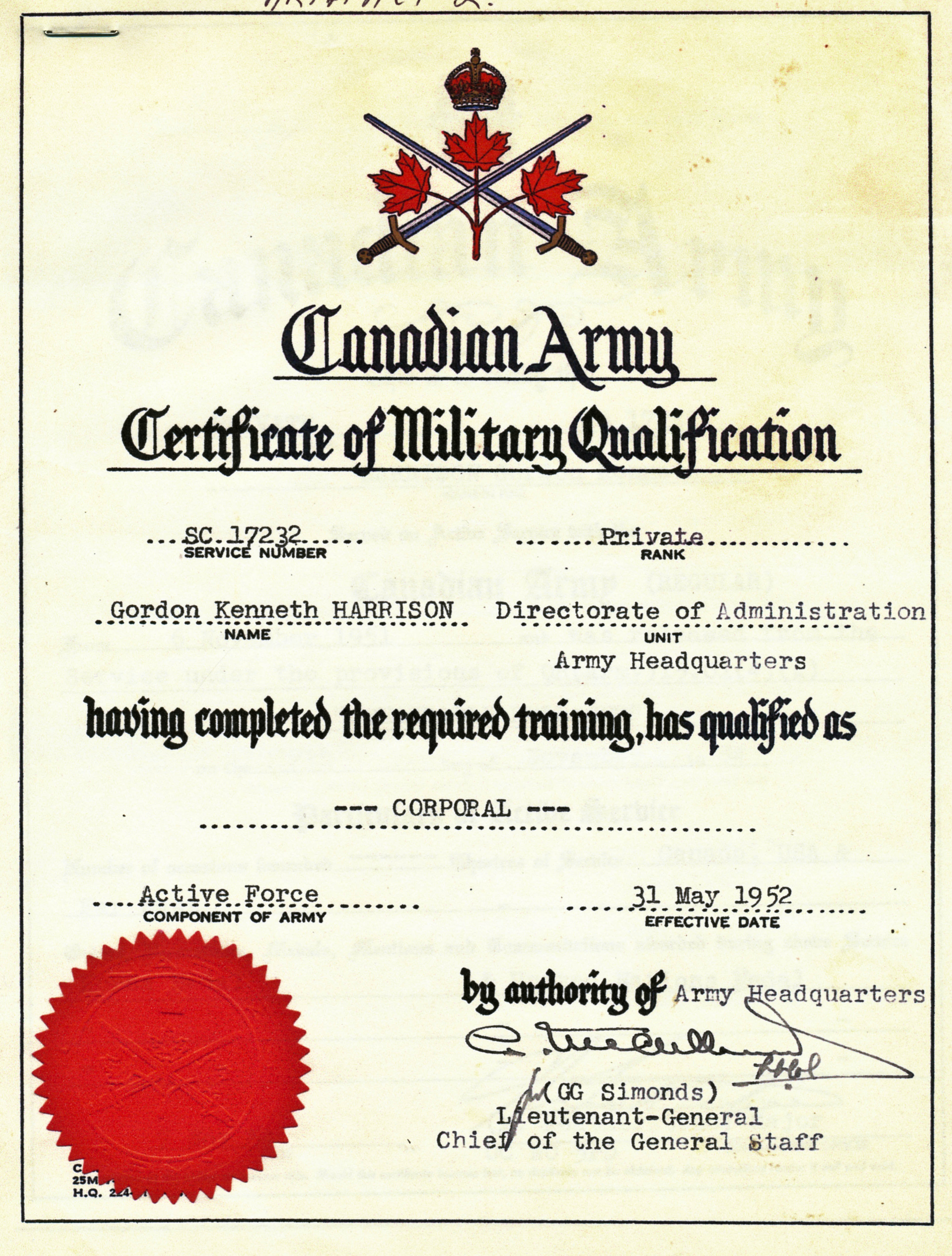 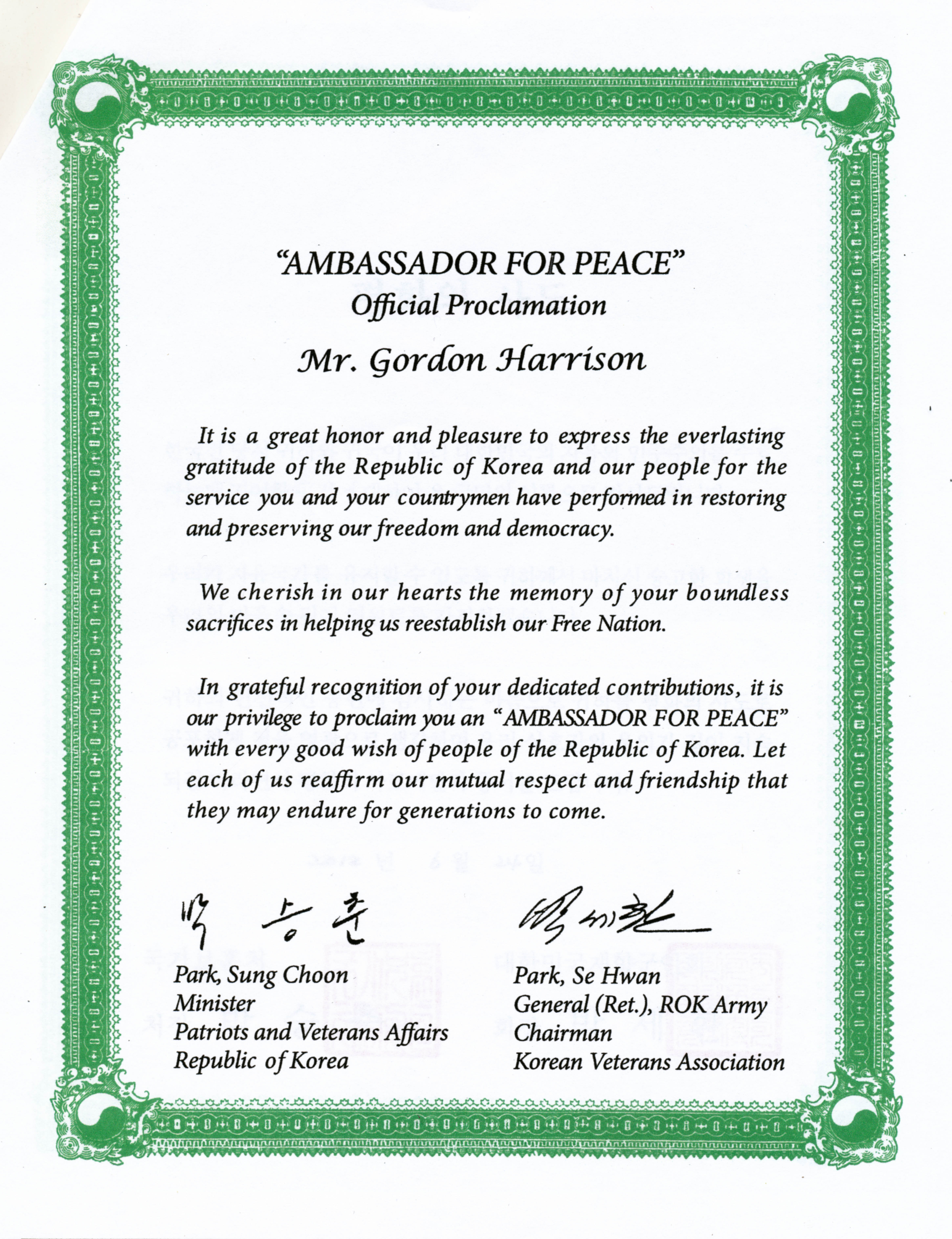 We were another day or two out of Yokohama [Japan] and we pulled into the port in Yokohama. We all disembarked. The Americans went wherever they went. We were taken by truck to a local train station somewhere nearby and put on a train for an overnight ride down to a town called Hiro [Japan] which was quite a bit south and west of Tokyo [Japan] on a totally other island of Japan. And we were installed in a group down there called 25 CRG which is Canadian Reinforcement Group where we spent probably a week or so, maybe two weeks getting further indoctrination before we were assigned to wherever we were going.

Basically, how we got to Japan anyway and then from Japan there was a group of us, probably 30 or so and we were assigned to Korea. And we were assigned, we were going to be taken over to Korea. They referred us to a British gunboat out of Kure, Japan. Now I don’t know a lot about naval vessels but when they took us to Kure and we saw that vessel, it looked like sort of maybe either a corvette or destroyer-sized vehicle. And when we got on the vessel, the people in charge of moving us around said that it would be an overnight trip. And it would be a very rough trip because this particular vessel doesn’t handle well in rough weather. And the weather look like it was going to be rough. And it was.

So we were on there overnight and in the morning they took us off by LST [landing ship, tank] at the port of Pusan [Korea] and when we arrived in Pusan, I think we were there for a few hours and they fed us and so on and then we got on a rickety old train that didn’t have seats. You had to sit on the floor because of the sniper activity along the rail lines all the way through the peninsula.

So basically we sat on the floor of this train, 800 or 900 soldiers and spent, my memory’s a little fuzzy here, but I think it was a very long day to Seoul, Korea where we disembarked off of the train and we stayed overnight. We just camped outside and the next day after breakfast we were put on trucks and trucked up to our units up in northern Korea.

So I was trucked up to with this group that I was with to, we were all transportation guys, [Royal Canadian Army] Service Corps, transportation and administration, and we were going to 23rd Transport [Company] and to the [25th Canadian Infantry] Brigade headquarters.

I’ll tell you, being a 19 year old kid who never saw anything more overwhelming at home in Ottawa than my neighbour’s house catching fire and thinking that was devastating - just the whole, from the time I got off the ship in Yokohama the culture shock was absolutely incredible. Just so many people, so much activity everywhere, everywhere we went. But I thought that was kind of overwhelming until I hit Korea and then seeing this poor country devastated, bombed out, burned out, blown up, it was absolutely mind boggling for a young guy to see all this. And when we hit, we only got little peeks of Korea when we were going on this train because, as I said, we had to sit on the floor. They were concerned about sniper activity all the way along. But by the time we got to the outskirts of Seoul and got into where it was more developed and had been built up, but everything is burned out and bombed out. It was just absolutely mind boggling. I mean, it was surreal actually to see all this stuff.

There was a request for volunteers on one occasion at Christmas time. The Chinese soldiers had been known over the past number of years on special occasions like Thanksgiving or Christmas or New Year’s, they would sneak through the allied lines and leave little gifts like cigarette, plastic cigarette holders and little postcards that, I saw quite a few of them. They were like cartoon postcards with a picture of a big fat guy lying on the beach in Florida and the postcard in broken would say, “While you’re over here in all of this, this is where your bosses are.” You know, that kind of thing, trying to break morale but basically we found them to be quite funny.

So the senior staff decided we should see if we can maybe catch a few of these guys coming through the lines. This was, I think it was Christmas Eve. And they asked for volunteers and so I volunteered and we were set up in two man groups and there was, I think, eight groups of two men.

And we were taken, just after dark on Christmas Eve, up to, each two man group to a different forward observation post and what we were, we were given a case of beer, a plate of sandwiches and a big radio and the idea was we were supposed to go up there and make noise like we were having a party and try and attract the attention of some of these Chinese soldiers that might be around to cross the side of the line. And if possible, overpower some of them and bring them back so they could be questioned or interrogated.

So we did that and myself and this other fellow, another corporal from Winnipeg [Manitoba], we spent the night up there and we just stayed alert and watched for Chinese or North Korean soldiers and we did see some and we waved at them and yelled and tried to get them to come across. And they were waving and yelling trying to get us to go across over there. So that was the extent of that. And about, I guess, 4:30 in the morning, before daybreak, we were taken back down off of the forward observation post.