"I ended up flying a Tiger Moth, which is a small training plane. And I flew it and I landed it right by my house, in northwest of Edmonton, got out and showed my folks"

"I ended up flying a Tiger Moth, which is a small training plane. And I flew it and I landed it right by my house, in northwest of Edmonton, got out and showed my folks" See below for Mr. Bronson's entire testimony. Please be advised that Memory Project primary sources may deal with personal testimony that reflect the speaker’s recollections and interpretations of events. Individual testimony does not necessarily reflect the views of the Memory Project and Historica Canada. 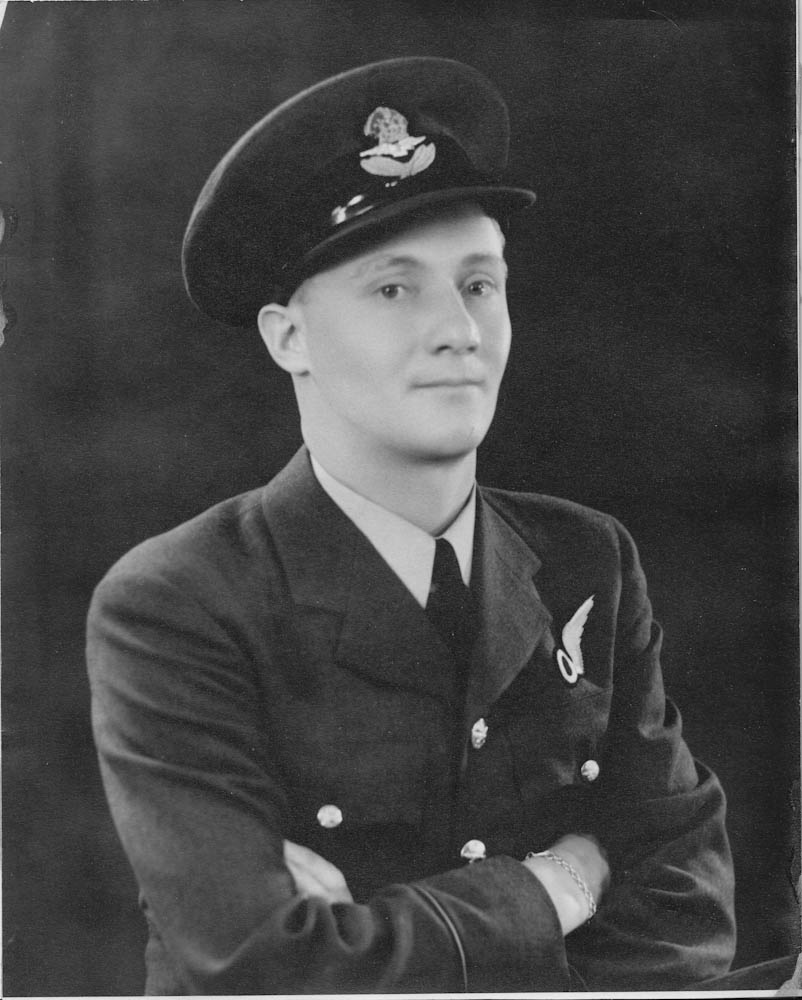 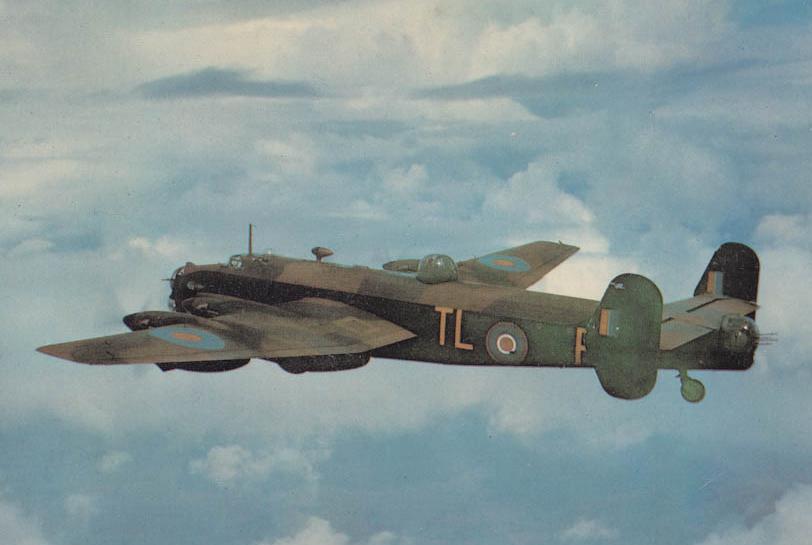 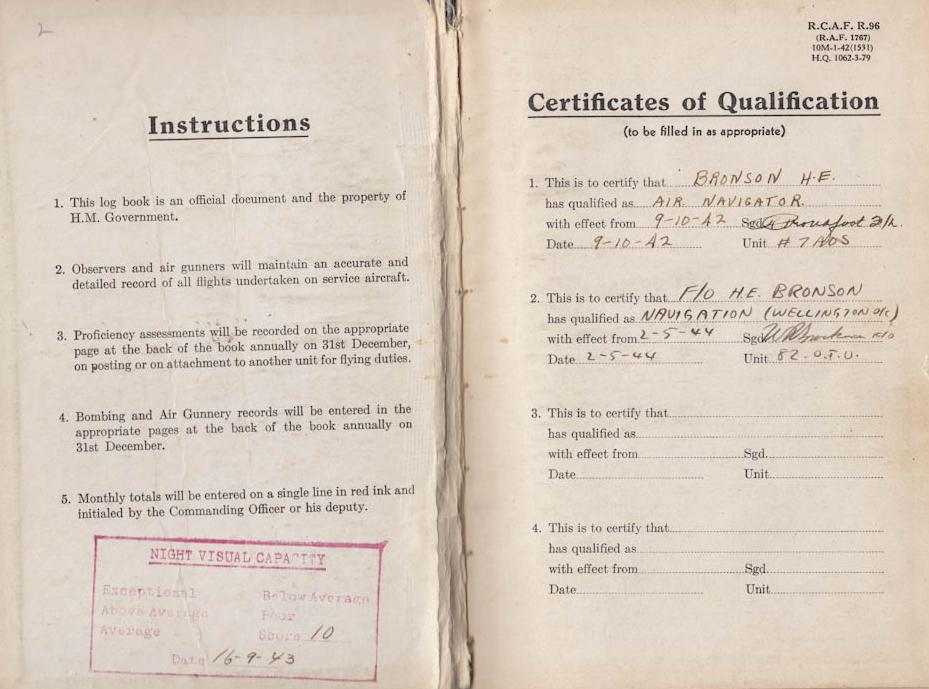 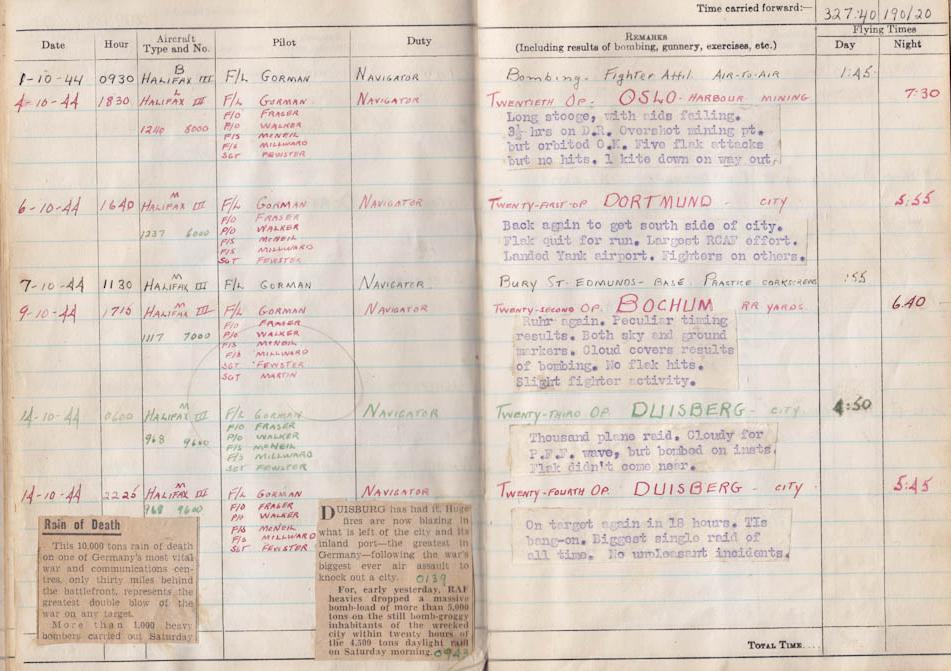 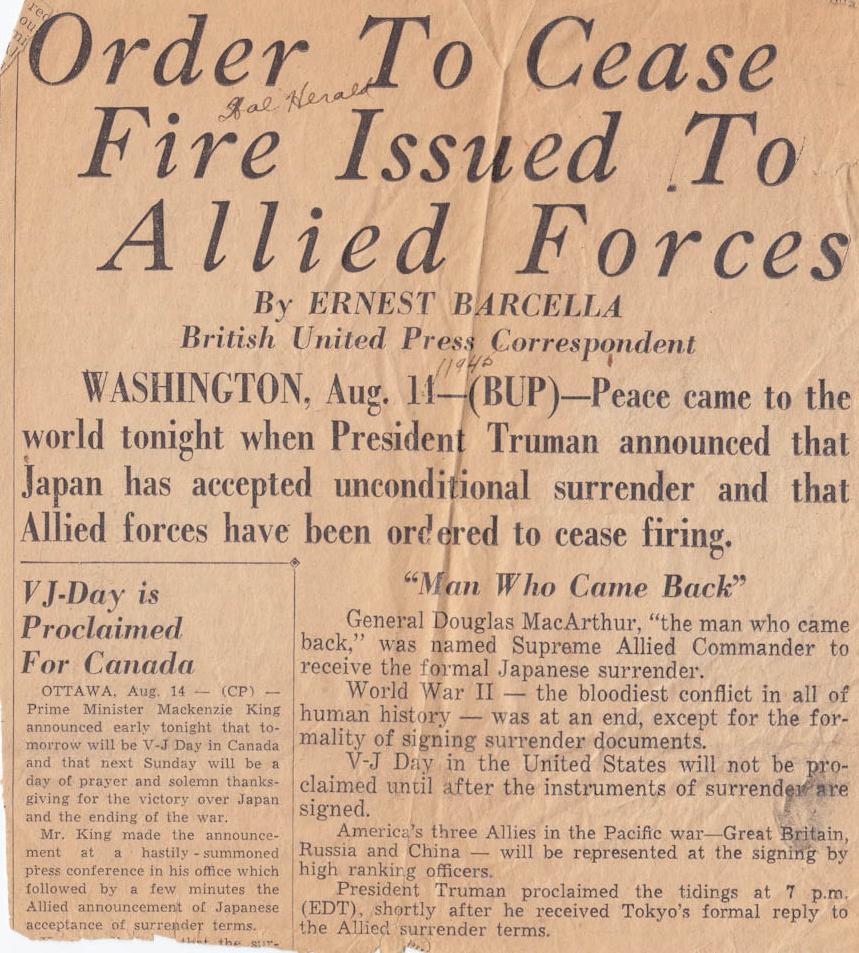 I was born at Cherhill, Alberta , northwest of Edmonton . I grew up there and when the war came, the Second World War came, I was anxious to get into flying, so I managed to get into the Air Force training in Eastern Canada and then from there to England.

They were training us, they said “Well, if you’re in a bomber and the pilot gets hurt, you might have to help to land the plane,” they wanted to make sure we knew how to fly a plane. To do that, I ended up flying a Tiger Moth, which is a small training plane. And I flew it and I landed it right by my house, in northwest of Edmonton, got out and showed my folks, and then I got in the plane and flew it back to Manitoba. And that proved that I could fly.

We hated what Hitler stood for and, you know he killed all those people, not only just 6 million Jews, but several million other sympathisers against him and he was so ruthless in his attacks, we figured it would be a disaster for the human race if he survived.

What we went after the last trips were oil and how the cities were helping the German army, and we were after that. We were really hitting at uh, Hitler’s oil supplies; three times we were after his oil. Four times. Yeah, I see that here, and further on, the refinery up here. And that of course would be the um, the source of the fuel for his air force and army, so I can see why that was important. If you can hit the fuel, you can hit the whole business.

Yeah, you know I’d have to know what they could have done otherwise that might have done something better, and I was never in a position to assess that, you see. It wasn’t our job to decide on strategy, it was our job to… and they seemed to be doing a pretty good job. They had a few setbacks alright, but the main attacks were all the time for the defence. They were trying to knock off defences that were against us and the fact that they were successful in that helped us quite a lot.

Defences and oil, if they could knock out their defences and their oil and their gasoline, then we could get it, and I think that’s one of the things that crippled them quite a bit.