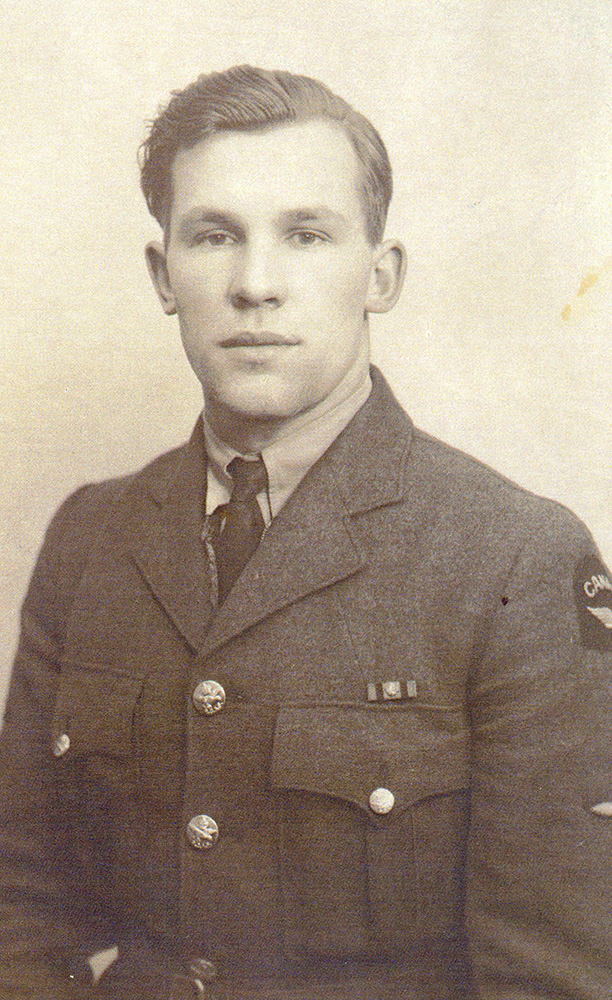 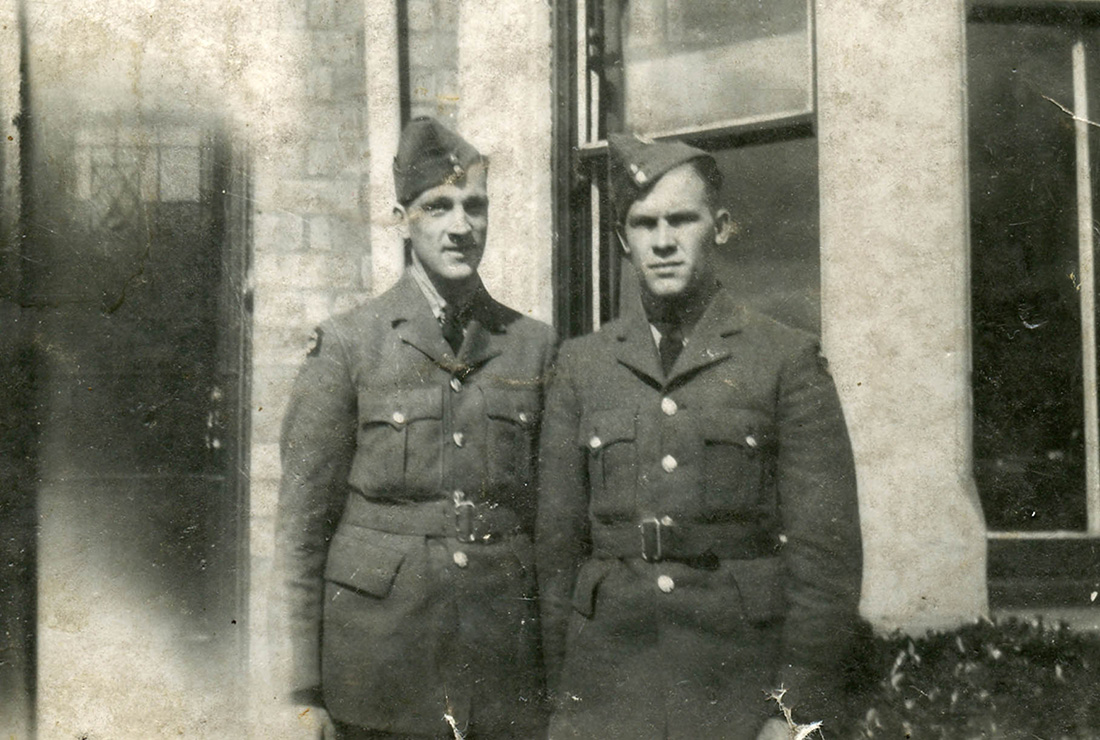 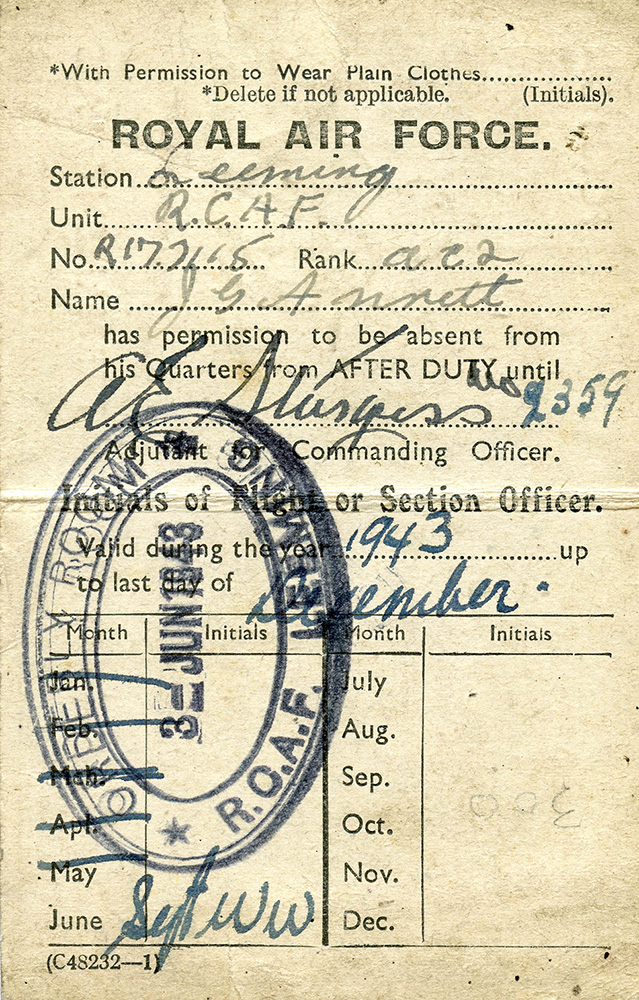 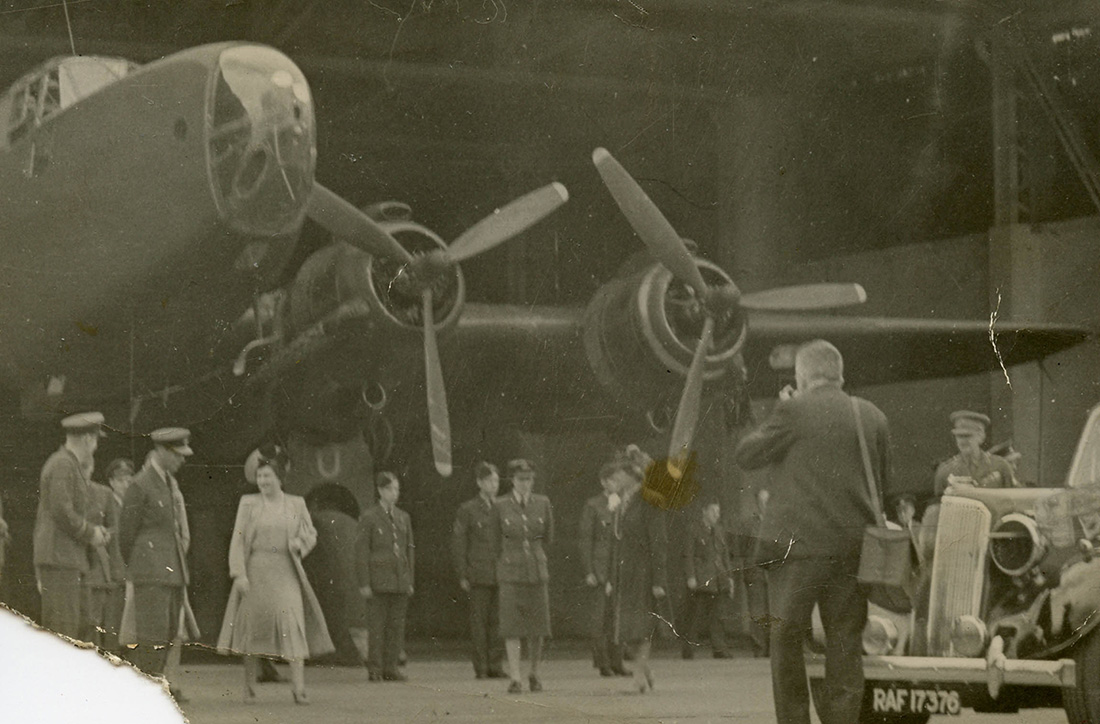 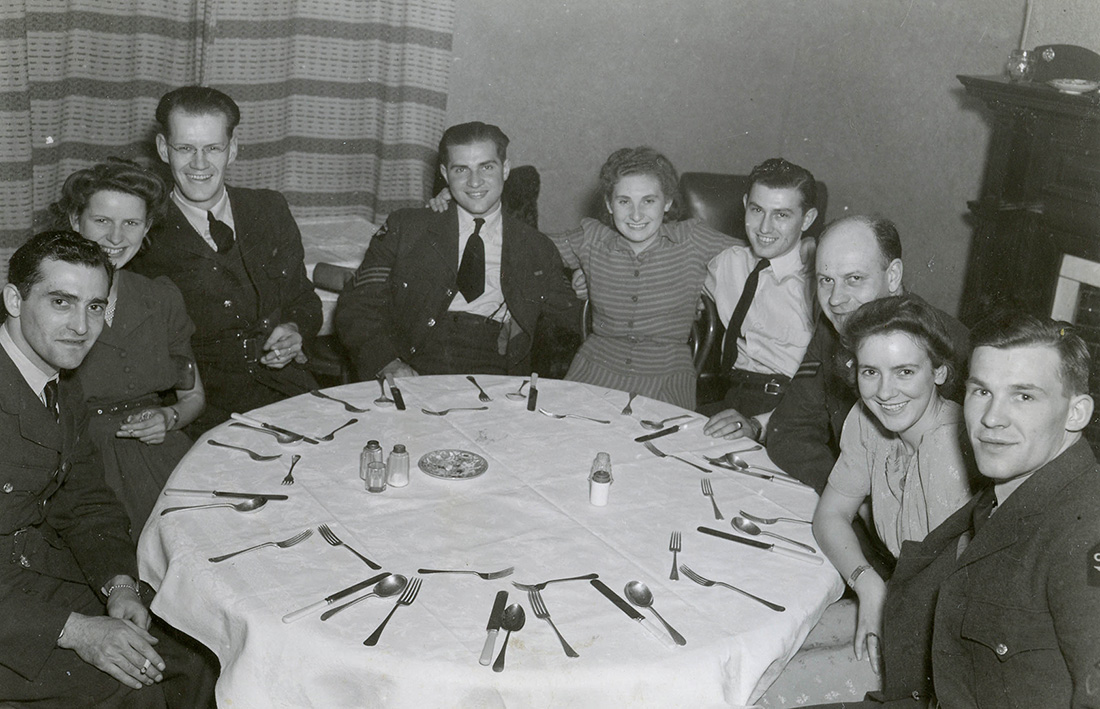 We had to unpack and check all the equipment that came in and go to the station, pick up stuff there that came in every day. We’d go down to the station, get the truck, pick up the equipment, bring it in, unload it, check it, send it to the different sections where it had to go. Well, it could be from bolts and nuts to airplane engines to the tires, any part of the aircraft. And we’d ship out the ones with engines that had to be repaired to the factory, ship them out and pick up ones that came in; old oil, the same with the engine oil, all that out, barrels of it, put it in the freight cars and they’d go to refinery and be reprocessed.

Well, it wasn’t like you were up at the front where you were dodging bullets all the time. We were on the base, a permanent base, not far from York, North Ireland [England]. And there was, well, No. 6 Group, there was a whole lot of Canadian air bases all around in that group. Our equipment section and the pilots and the air crew were two different [groups], separated, like we didn’t, well, if the air crew and the guys that were mechanics were working on the planes, well, they got to know one another. But we didn’t, we didn’t, they were all strangers to us. Because we didn’t see them.

Well, some of them, well, this one guy in Mitis, from Mitis here, he was out of [RAF air station] Skipton[-on-Swale], Ned Smith. I think he was shot down twice. Once, he landed in the North Sea, another time he landed, they were coming in for a landing and German fighters followed them in and shot them and they crashed and he was badly burnt, he was in the hospital for months. Yeah. They called them the guinea pigs because they were a new system that they were doing like for burns in the hospital [experimental reconstructive surgery]. And they called all the guys that were in there guinea pigs because they were checking out new, yeah.