"The next thing I know I hear a creaking noise – “Hey, we’re moving here you know?” So I go up on deck, hurrying up. I looked where we were coming from. There’s a little dark spot over there, which is Seattle. There’s water all around me. I said, “What the hell did you get yourself into now?”"

"The next thing I know I hear a creaking noise – “Hey, we’re moving here you know?” So I go up on deck, hurrying up. I looked where we were coming from. There’s a little dark spot over there, which is Seattle. There’s water all around me. I said, “What the hell did you get yourself into now?”" See below for Mr. Eagle's entire testimony. Please be advised that Memory Project primary sources may deal with personal testimony that reflect the speaker’s recollections and interpretations of events. Individual testimony does not necessarily reflect the views of the Memory Project and Historica Canada. 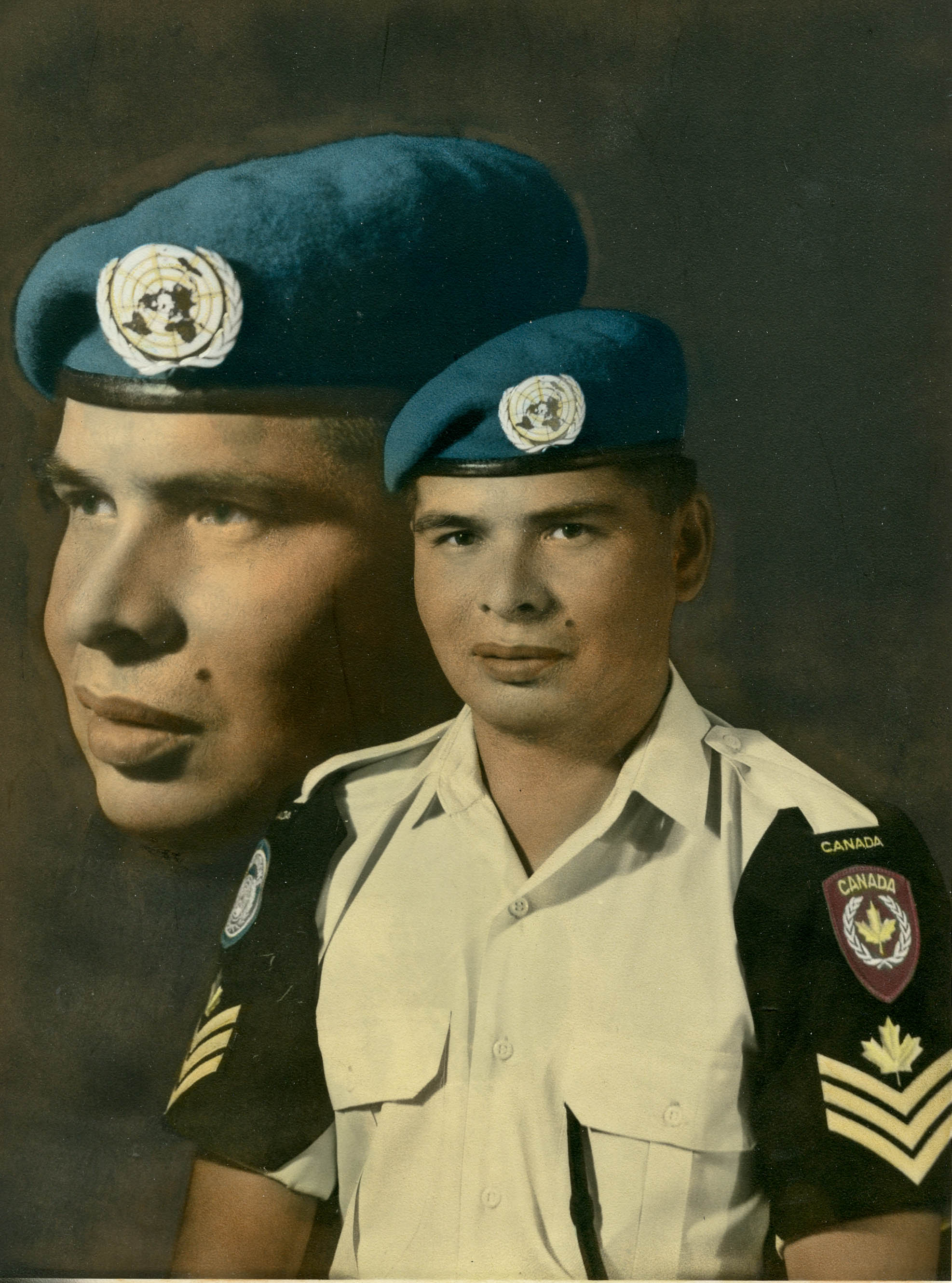 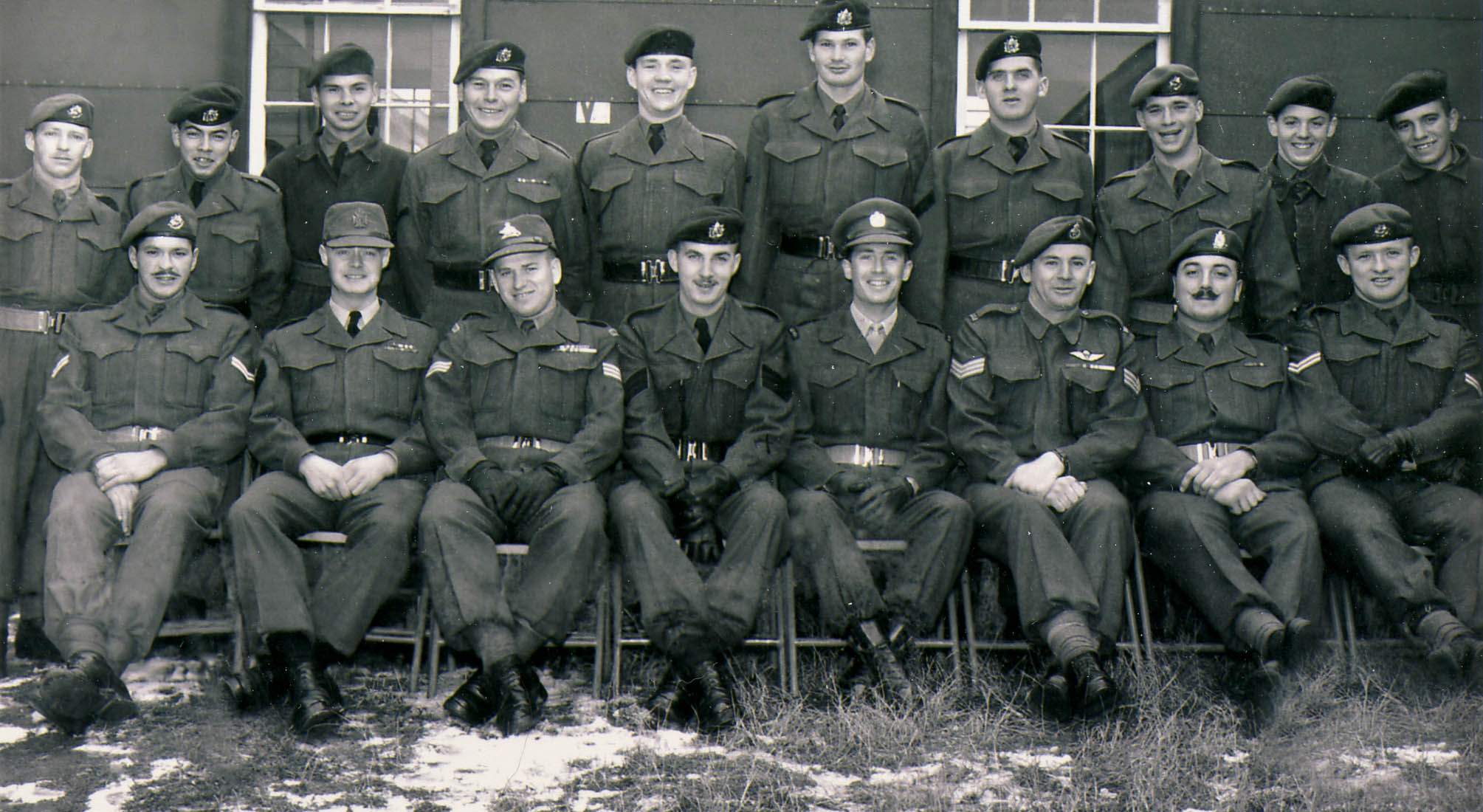 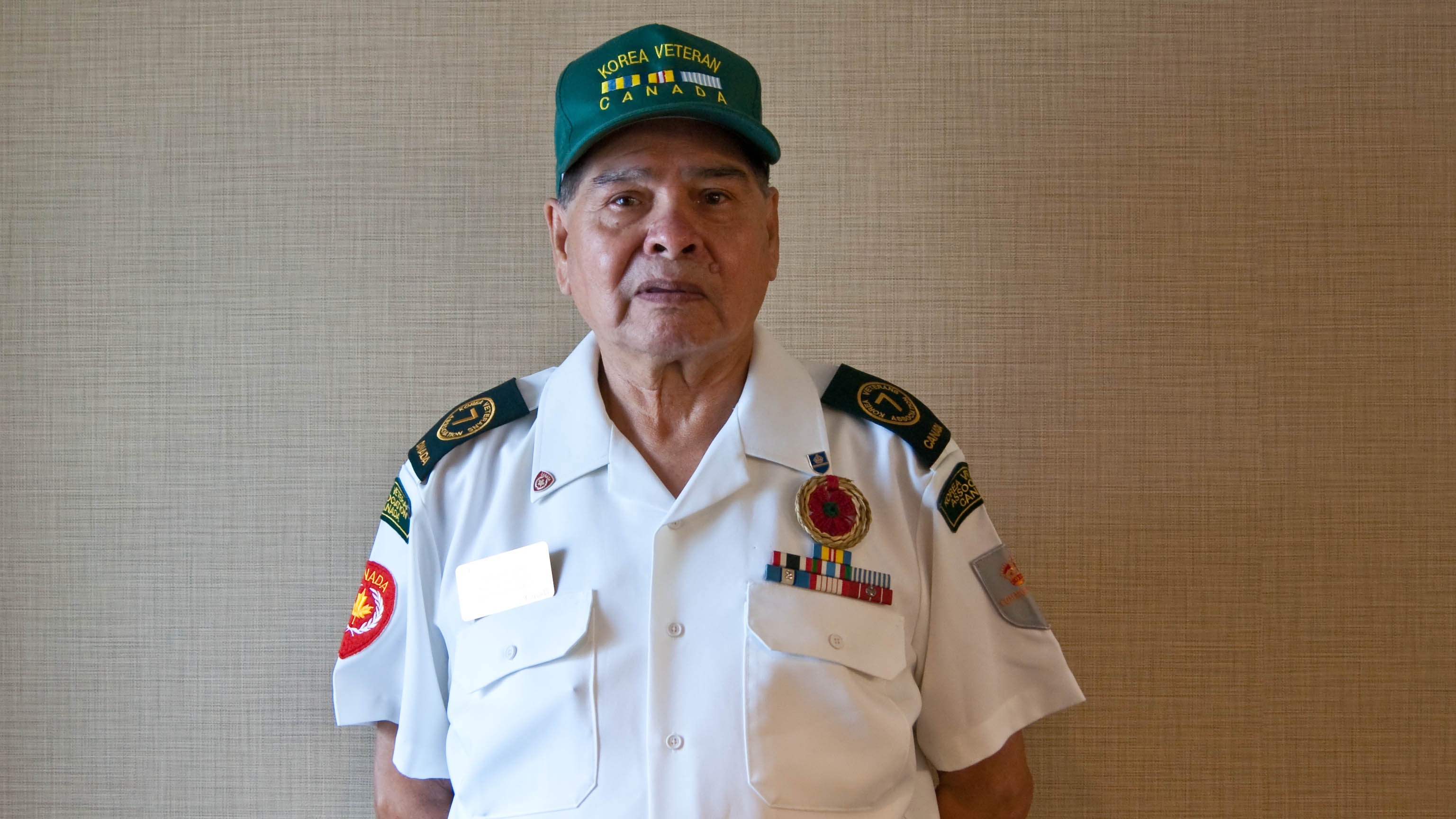 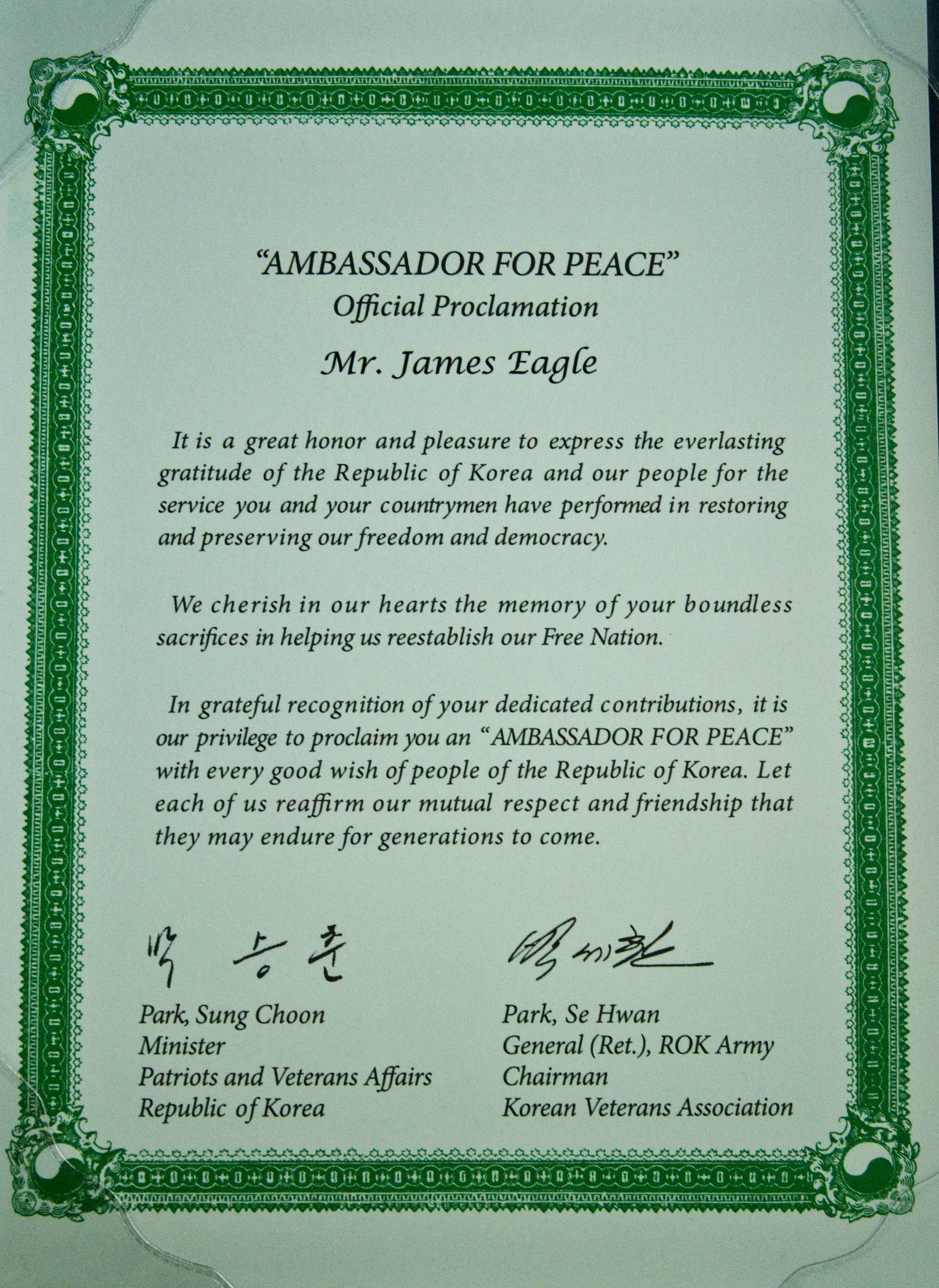 So, anyway, in February 1954, in the dead of night, on the trains, right to Seattle [Washington]. And I guess at Camp Ipperwash, and Forest and Thedford [Ontario], all of a sudden that camp was empty. There was nobody, because we’d moved in the dead of night. Yeah, that’s what we used to do, we used to move in the dead of night. And, anyway, eventually when we got into Seattle about five or seven days later, whatever length of time it took, we got on the boat and got settled in. We were in compartments and they were all bunks. I lay down for a while and I had a little nap. The next thing I know I hear a creaking noise – “Hey, we’re moving here you know?” So I go up on deck, hurrying up. I looked where we were coming from. There’s a little dark spot over there, which is Seattle. There’s water all around me. I said, “What the hell did you get yourself into now?”

The ROKs [Republic of Korea Army] was right besides us, the South Korean regiments, right close by us. As a matter of fact, we had a rec center, they used to come to our movies, and there was a village very close to us, and we used to help them out with stuff. I believe, and I’m quite sure, our unit built a school there. We did build a school. We interacted, but also we had sometimes people that raided – maybe they were South Koreans, maybe they were North Koreans, like, and they raided our place, our sector, once in a while. I believe there was two people that were captured from the RCRs [The Royal Canadian Regiment]. There was a write-up after that was done, and there was – like you said – there was a few flare-ups, but nothing major. Mind you the threat was always there. So we were always kept on high alert.

But, the everyday life over there, you had to always be on your toes. We did a lot of training, a lot of exercises, to make sure. We had these – we called bug-outs and when there was a threat that this was happening and we had to move as fast as we could to our forward positions, that type of thing. It was always there. And, the other thing was that we got involved in, was the rainy season was really long… because we were in a valley, and there was a fear that there may be a flood, those type of things.

We lost some guys there. One of my friends is over there. He got run over by a vehicle. Was the first one to get killed by accident. Norman Ferland* was his name from Duck Bay, Manitoba. And, that one evening, prior to that, a bunch of them, there was people from camp out that day, they came by our lines and they come and asked me if I was going out. I said, “No, I’m staying back. I’m not going out to the canteen.” So Norman says, “You got any money?” I says, “I got two dollars,” I said, “I can give you half” – which is a dollar – “Yes, yes, okay.” The next morning, when after I got up, I look around and down at the entrance to our camp, intersection of our camp, you could see some kind of – something burning, like and people are working. Seems like they’re doing the road, or whatever. So I asked Dolphus Fleman, who was in machine guns, just – next tent to ours. I asked him, I said, “What’s going on over there?” I said, “Look over there. What the hell is that?” And he says, “Norman, he got killed last night.” I says, “He what?” “He got killed.” I says, “What happened?” “Well,” he says, “when the truck stopped and he jumped out and the people – ‘Okay go ahead and back up’,” that kind of stuff – like, he fell and the truck just backed over his head. That was it. So when I went – I did some closure. When I went in 2008 I went and visited his gravesite [in Korea]. That was the closure for me.