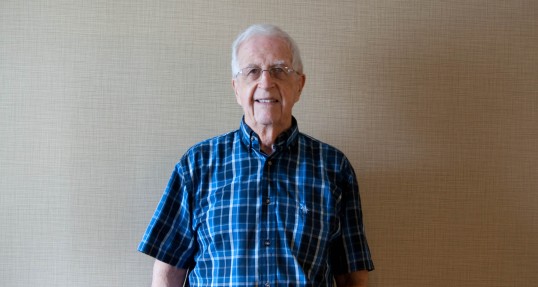 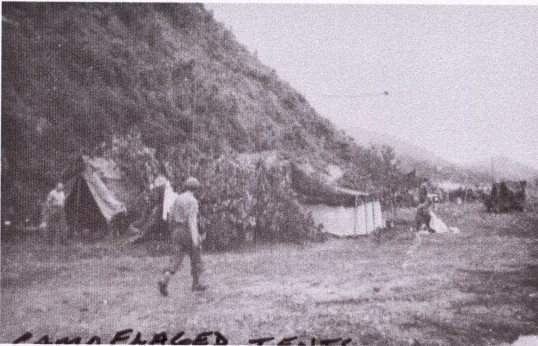 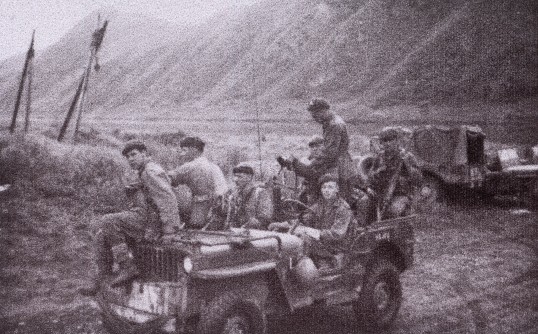 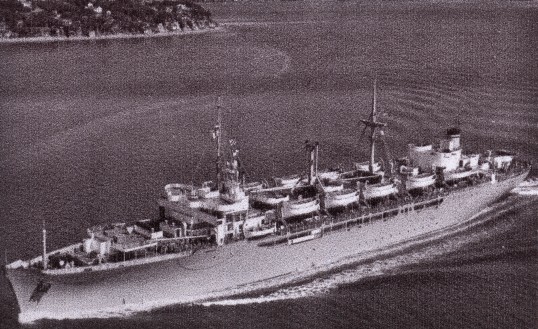 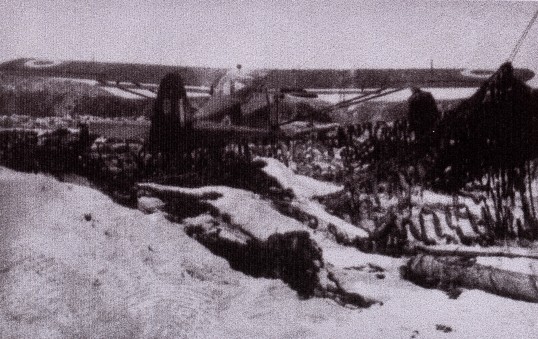 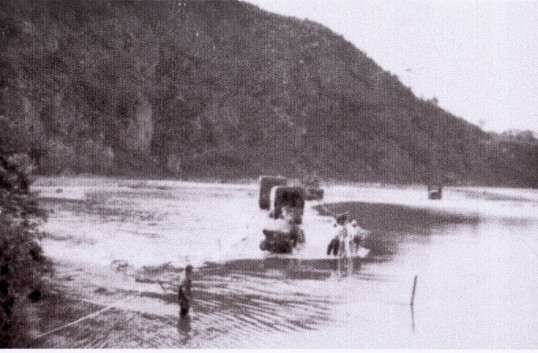 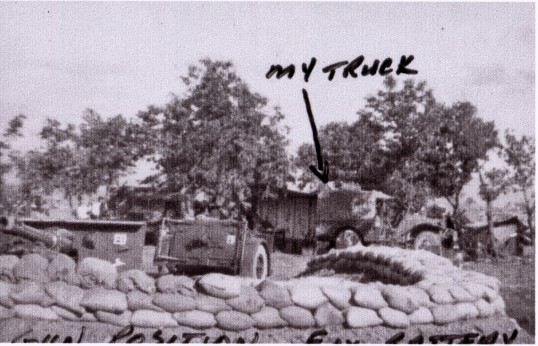 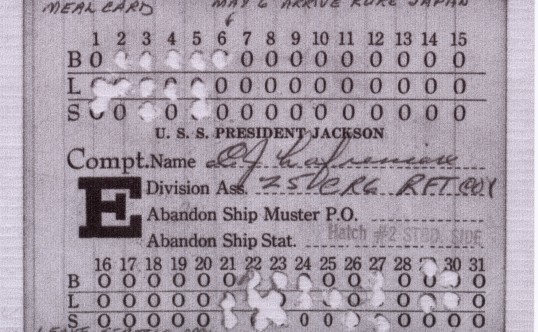 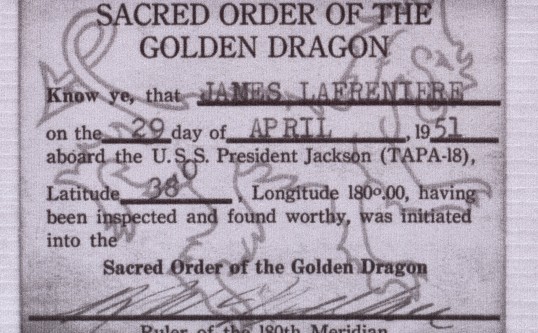 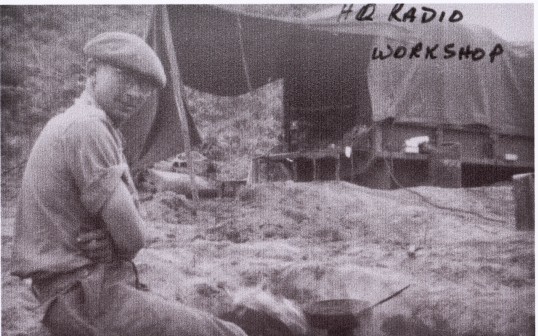 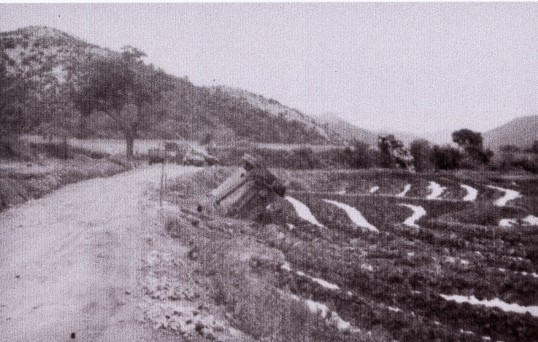 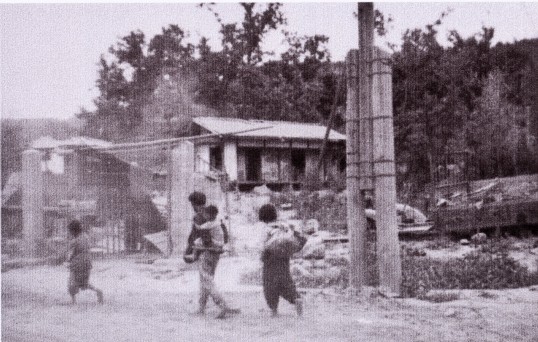 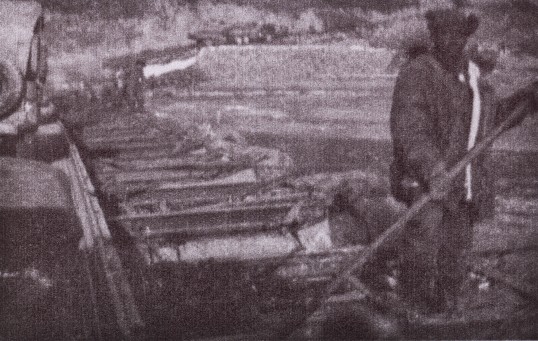 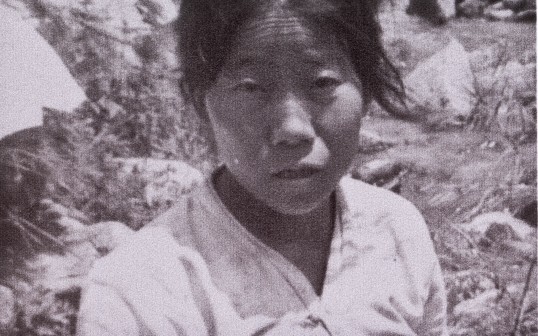 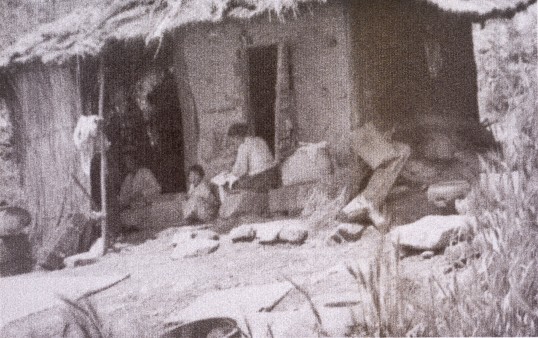 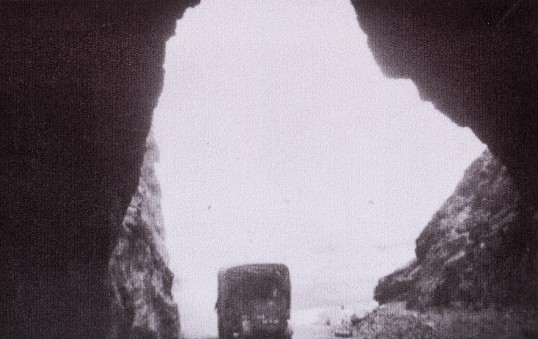 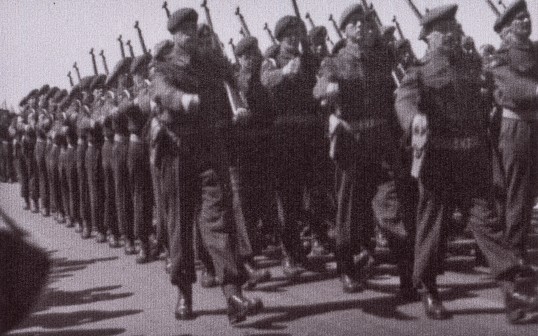 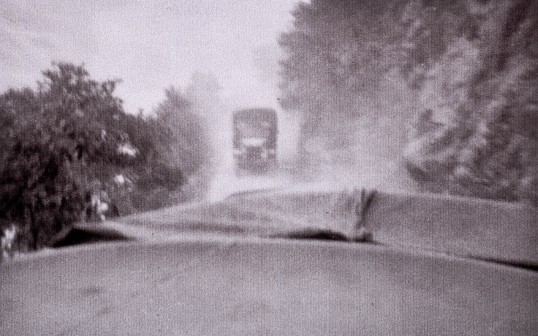 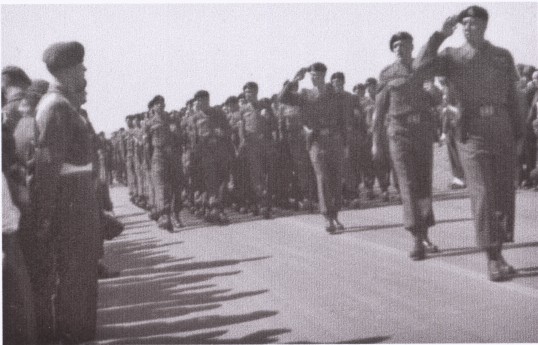 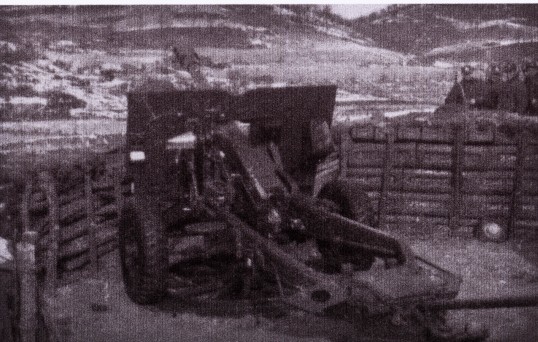 We headed for Kure, Japan, and I was with a reinforcement group actually there waiting to go to Korea. I don't know where the Royal 22nd [Le Royal 22e Régiment] people went from there whether they went directly to Korea. Anyway, I stayed in Japan for a short time and had the privilege of flying then to Korea with [Brigadier] General [John M.] Rockingham in a [Douglas] DC-3 aircraft [the civil version of the American military transport aircraft Douglas C-47 Skytrain] with one other soldier, just the three of us, and we landed it at Busan [formerly Pusan, South Korea]. And I joined my group. And we gave each other haircuts, right down to the bare scalp because we were sleeping on the ground. We were issued a couple of blankets and a ground sheet. And that was about the only concession throughout the war was ... We didn't have well, I should say we got some sleeping bags in the late fall [of 1951]. Winter cold weather was hard to tolerate because they Canada bought sleeping bags from I don't know where. They were sewn length-wise so all the feathers went to your feet and you had two layers of nylon over you. And the weather got pretty cold. You know, you had 10 below zero Fahrenheit. So the weather was hard for frontline troops. Your accommodation was what you could find. You sleep in the back of a truck, you sleep under a truck, you sleep in a truck you sleep in a hole in the ground, you sleep in an old house, wherever you could find a place to lay down.


Cleanliness was a problem too. Finally they got some showers that they put in outside really with so you took a shower beside the highway with about 30 other people, (laughs) but at least you got a clean pair of clean clothes. Otherwise you bathed in streams. It was really primitive camping. We were around we were there before the rest of the brigade [the 25th Canadian Infantry Brigade] got assembled so that Rockingham wanted to try out these infantry regiments together, see if they could work us an army. And meanwhile, our artillery group [the 2nd Regiment, Royal Canadian Horse Artillery], there were three batteries of eight guns each, 24 guns, we went to various hotspots at the front because we were extra. Wherever there was something going on, we went. And we moved often in that first while, sometimes once a day, and once three times per day pack up everything and move. (laughs) It's no small chore. And since I was the signalman at the front, I had to try to coordinate the radio sets between the different UN [United Nations] groups that we were with because the radios often weren't compatible for the groups to talk with one another. So we were with the American army a few times. Not formally attached to them but just helping out. And then later on when our brigade got assembled, we performed as a unit.


We had the Canadian brigade under General Rockingham with about 10,000 men; we had the Australian, New Zealand group with another about 10,000 men, and then a British brigade of about 10,000 men, and an East Indian field ambulance group that made up the 1st Commonwealth Division. And we operated a sector of the front. Mainly about central and a little bit east. And we went back and forth up around as far north as Chorwon in North Korea. And, well, the artillery was pretty busy sometimes. I was telling one of your compatriots that one day they tell me that they went through 44 truckloads of ammunition, so that was a busy day. They started firing at down and quit at sunset, so ... I think well, we had a visit from the Defence Minister Brooke Claxton and before we came back and he fired off the 200,000th round of 25-pounder artillery. So that shows you how much we used.


I was responsible for keeping the radios working and doing just bare bones maintenance. Anything that required a workshop, it had to be sent to rear echelon workshop. But I had I had to order up enough telephone wire for every time we moved and it was typically about seven miles of wire I would keep on hand. And I had something like 50 to 60 wet batteries like you might have for cars. And I would keep a good number of those always charged up to issue out to the artillery groups to use in their for their radios. And so I had charging equipment. Sometimes I had a driver assistant who would help out and most of the time I did. And I had different sorts of vehicles at my disposal. And often I would run up to the Royal 22nd [Royal 22e Régiment] command post where our artillery major was stationed and bring up fresh batteries to them and make sure their radios worked. And so that would consume part of my mornings several several times a week. And then the other times I was on call 24 hours a day I guess we'll say. I was there. Where else you gonna go? So it wasn't always busy, but to keep all the equipment going. We had spare parts too. And often the people using the radios would have trouble and they would phone me and say, now, this isn't working, that isn't working, what do I do next. So it was it was interesting and busy.