"As countries were freed, they not only played for the military but they also played for civilians too"

"As countries were freed, they not only played for the military but they also played for civilians too" 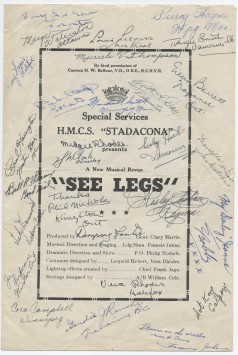 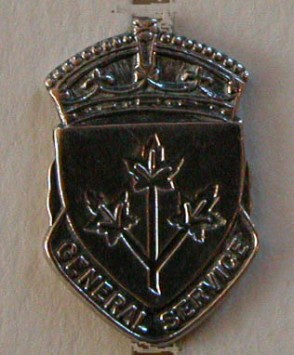 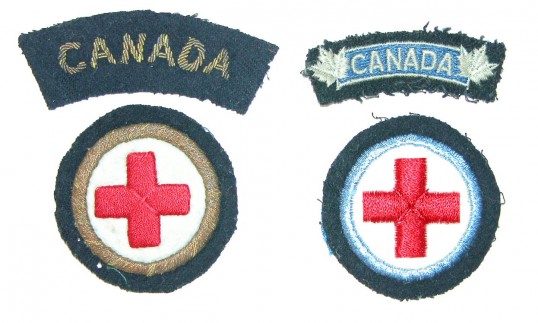 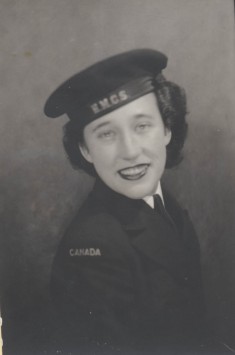 My name is Jean Adams and I'm an ex-WREN. I was a member of the Women's Royal Canadian Naval Service in the Second World War. My service number was W5440 and we had over six thousand WRENS registered by the end of the war.

My basic training, like every other WREN in the Navy was at HMCS Conestoga in Galt, Ontario. When that was finished I was drafted to HMCS Protector in Sydney, Nova Scotia to get my medical training as a sick berth attendant. When I finished that on New Year's day, 1945, I was drafted to HMCS Stadacona in Halifax and served as a sick berth attendant at the Royal Canadian Naval Hospital in Stadacona. As well, as I stayed there, I was asked to join special services as a dancer and singer. Now we put on shows and entertained troops up and down the Atlantic Seaboard.

Then in September, 1945, after VE-Day and VJ-Day, I was sent to HMCS Naiobi in Scotland to join the Royal Canadian Navy show for a filming of "Meet the Navy". I joined the show to make a movie actually. The entire show had been on a very long, long... two or three years, then sent overseas. It did Britain. As countries were freed, they not only played for the military but they also played for civilians too. So the movie tried to reenact those tours. I have to give credit to the people who build the sets because they tried to build the sets as close as possible to the original theatres that the Navy show played in. So a lot of the numbers were done as if they were on that stage. It was a lot of fun. We all learned a lot about making movies. They certainly earn their dough because you're up in the morning, and of course, we had a captain of the Navy show, Captain Connelly, who insisted that the Navy show be Navy. And we had to get up in the morning, fully dressed in rig of the day, outside for divisions, raised the flag, etcetera, etcetera, then dash from their to breakfast or whatever, off to make-up, which took hours and then onto the set. So we were there a long full day. And I think that's what taught everybody that, you know, anybody who had any illusions about going into movies had second thoughts. A traveling show and a show that's at a movie studio making a movie are certainly two different things, I must admit.

I returned to Canada in February of 1946. Instead of getting my discharge as I thought I would, sick berth attendants were considered compulsory. So I was kept in the Navy and sent to HMCS Carlton in Ottawa where we were busy doing medicals on young 17-year-old men who wanted to join the Navy. I was finally discharged in Toronto on April 24th, 1946.