"We got to be just a family of friends, which was very good but it’s hard to look back at."

"We got to be just a family of friends, which was very good but it’s hard to look back at." See below for Mr. MacLean's entire testimony. Please be advised that Memory Project primary sources may deal with personal testimony that reflect the speaker’s recollections and interpretations of events. Individual testimony does not necessarily reflect the views of the Memory Project and Historica Canada. 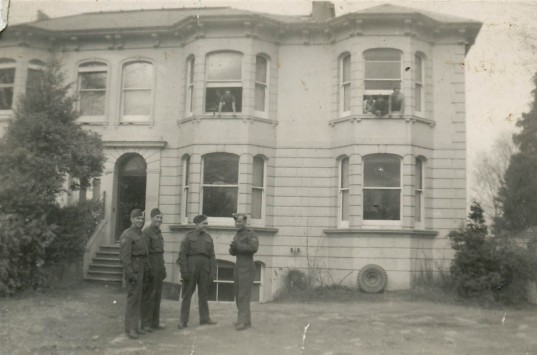 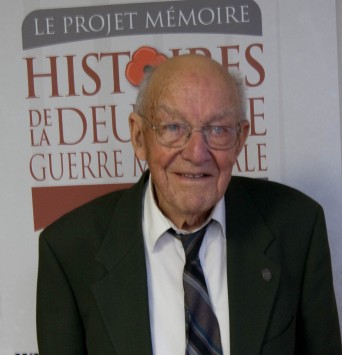 These are sort of mixed memories that have been in my mind for, but they’re not important in some ways and sometimes they’re very important. I was going to describe a thing as simple as a location that we stayed in, in England. If you were there during the war years, you were in London for sure and when you went south to Brighton, the last stop before you got to the Downs in Sussex Downs, there’s a train stop. And I’ll always remember it because there was a gentleman who worked for the railroad and his voice was exceptional, exceptionally well suited for all he did or all most people heard of him was his voice calling the station stop. At Hassocks, one old gentleman told me that he was famous then in a great many places and I’m sure the word Hassocks is not a strange name for people who were on the line there to Brighton. The North Shore [New Brunswick] Regiment spent several months a couple of miles east of Hassocks in the quaint little town of Ditchling. Just to make it sound like it was, property owners were not permitted to change anything without the proper permission. For instance, the sidewalks were only less than three feet wide and the local bank, there was only room in the local bank for about three customers at the desk. And the bus, the transport bus that went through the town used to have to stop at the main intersection and back up before turning the corner. The people were very friendly. We got to be invited to some of their houses and public affairs and we felt at home there. Our platoon was [housed in] the building that’s in the photograph here was just off the road, a family residence and we just felt like a family. We were there in 1943 for the summer or part of the summer. Our platoon was a little bit isolated from the rest, half a mile from the Orderly Room in Ditchling and we used to jog in three times a day. The exercise was good for us and we felt very much, we got to be just a family of friends, which was very good but it’s hard to look back at. The three very close friends, Aubrey Hutchison, from Rexton, Walter McDonald from Loggieville, Ken Blakely from Petitcodiac and Graham England from Tabusintac. I took this picture, I expect it was on a Sunday morning, preparing for church parade or some such. But it’s become very valuable as far as I’m concerned because it was part of, they were all friends of mine. Walter McDonald, he did not return from overseas. The others, Hutchison, Blakely and England, did return to live a normal number of years. They’re all gone now but they lived with their families since then. 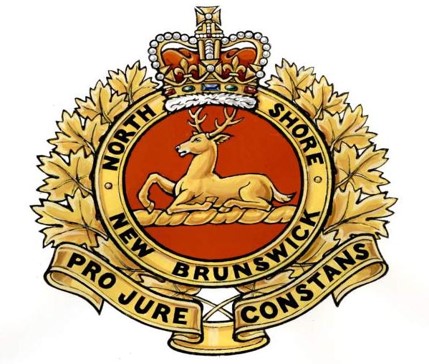