"They wanted to give a Christmas dinner to service personnel. So that’s the sort of thing that, you know, it really means a lot."

"They wanted to give a Christmas dinner to service personnel. So that’s the sort of thing that, you know, it really means a lot." See below for Ms. Melton's entire testimony. Please be advised that Memory Project primary sources may deal with personal testimony that reflect the speaker’s recollections and interpretations of events. Individual testimony does not necessarily reflect the views of the Memory Project and Historica Canada. 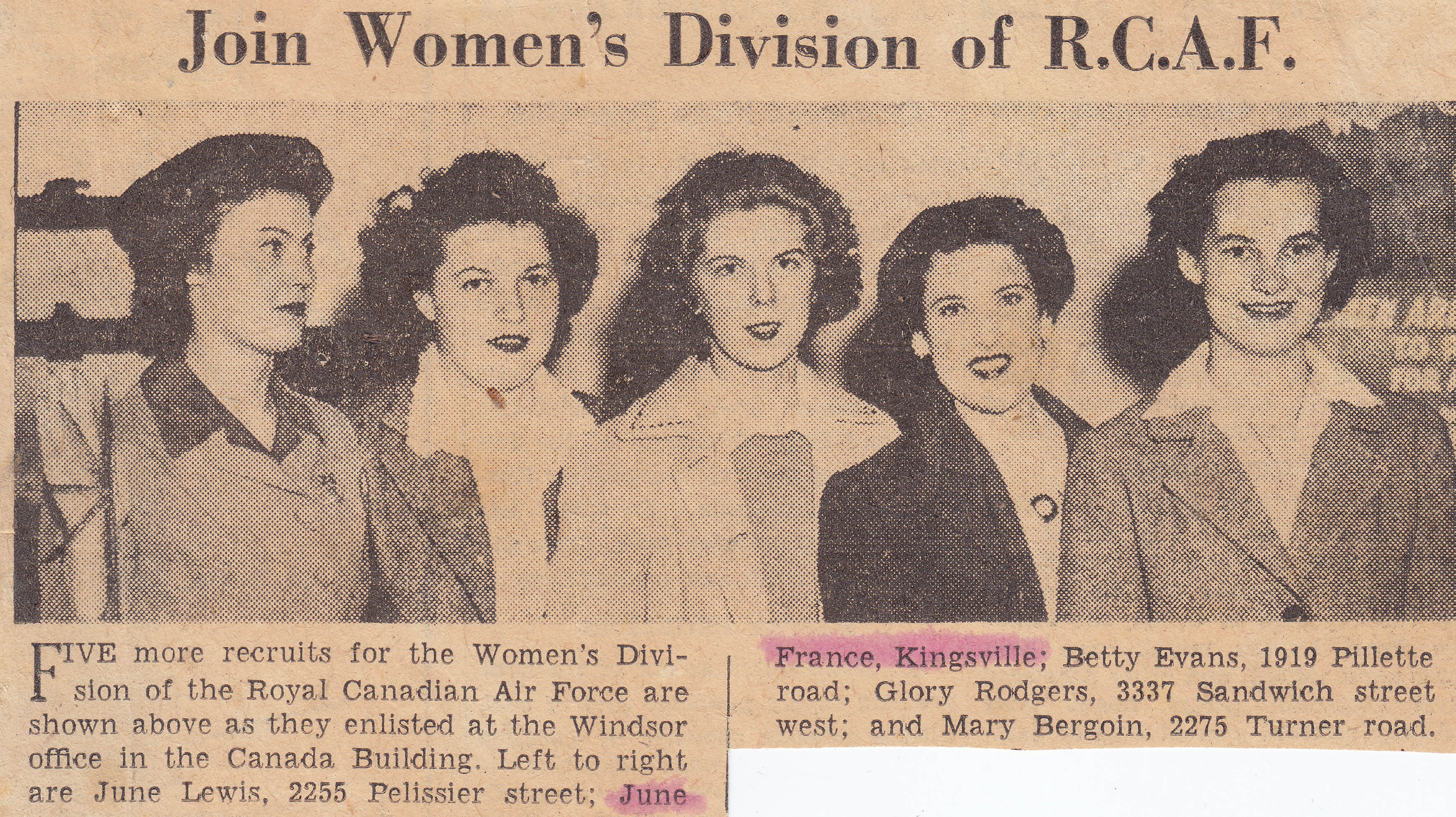 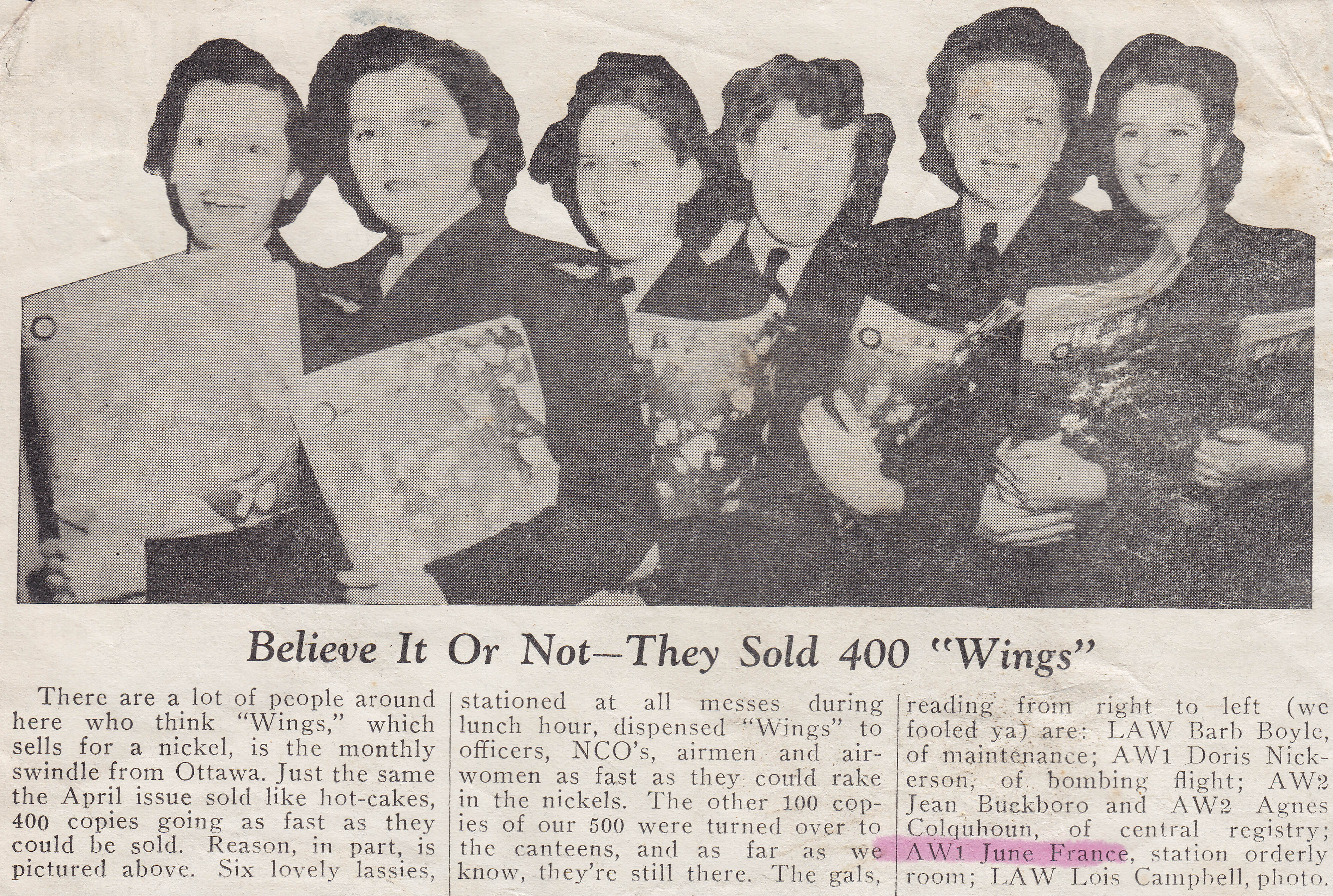 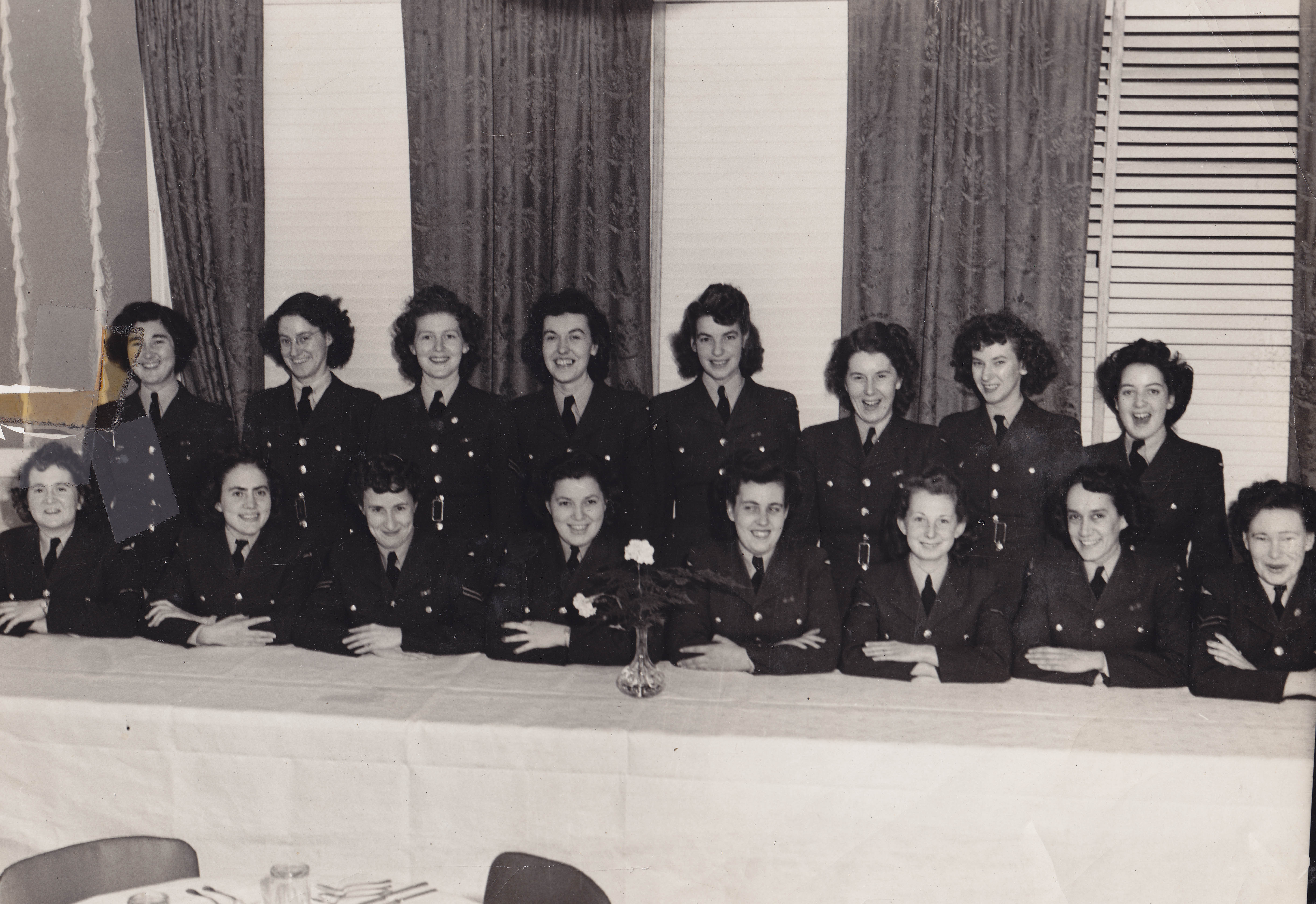 I was in the main orderly room. My duties were to prepare the expense sheets for officers when they were off base and do the daily routine orders; I cut the stencils for those, just general office duties. But one day, I had to take a patient from the CO [commanding officer], he was a group commander, and I was absolutely terrified. And I must have done alright because nothing bad came of it, but that’s when I asked to be re-mustered to telephone operator. I was just absolutely terrified. Yes, to me he was just so far above me, I had never worked as a steno [stenographer] in civilian life. So this was my first, very first, letter that I had to take, freshly out of school, I had to go to Central School of Commerce in Toronto. I was supposed to have a six week refresher course in Gregg shorthand, but when I got there, there was no teacher for Gregg so I had to stay for five months doing Pitman shorthand. So it was just a totally new experience for me. 1944 or 1945, they knew that the war in Europe was ending, so they closed the bases and I was one of seven girls who were left on the base until everybody left. And that’s when I was sent to Gander [Newfoundland] from there. But I didn’t get to Gander. I wasn’t old enough to go. It was not part of Canada at that time. It was classed as overseas, and in the air force, a girl had to be 21 to go overseas. So they held me at Moncton [New Brunswick] and I was working in the orderly room. When the postings came in, they let me pick where I wanted to go and I went to Dartmouth [Nova Scotia]. At the end of the war, the war I guess was over actually, but I was still there, I spent a lot of time in the hospital in Halifax. I had a rash on my hands, on my neck, and they were treating it with a hot tar ointment, which you can visualize is very messy, and on one of my leaves to New York, my hands were always bandaged, and the people on the train kept coming to me. I guess they figured that I’d been burned or something. So it was rather embarrassing just to have to tell them, “No, it’s just that they’re treating this rash.” It turned out I was allergic to the wool in my uniform. So while I was there, I had a prescription that allowed me to wear a white silk scarf, I could wear leather gloves that were not wool lined, like, the WD [Women’s Division] issue gloves were wool. We had a wool blue scarf that we had to wear. I had prescription to get ivory soap; you couldn’t buy it in the stores. And I used to take baths with oatmeal. And all of this was because of the wool that was in my uniform. I made five trips to New York. Americans certainly know how to treat service personnel. They were wonderful. I spent one Christmas there, somebody opened up a mansion where we were allowed to stay. They had someone in the lobby when you landed in Grand Central Station; you went to them and they would find you a place to stay. So I stayed in this gorgeous home and while I was there, this Dutch couple phoned and they wanted two girls and two boys. Now, there were only girls in this building, there was no boys. So we went to this private home for Christmas dinner. They had a son who was in the service, he was not there, but they wanted to give a Christmas dinner to service personnel. So that’s the sort of thing that, you know, it really means a lot.