"After the raid was over, we said, oh, don’t worry, they won’t be back again until tomorrow. [laughs] But that was the worst raid we had."

"After the raid was over, we said, oh, don’t worry, they won’t be back again until tomorrow. [laughs] But that was the worst raid we had." See below for Mr. Robertson's entire testimony. Please be advised that Memory Project primary sources may deal with personal testimony that reflect the speaker’s recollections and interpretations of events. Individual testimony does not necessarily reflect the views of the Memory Project and Historica Canada. 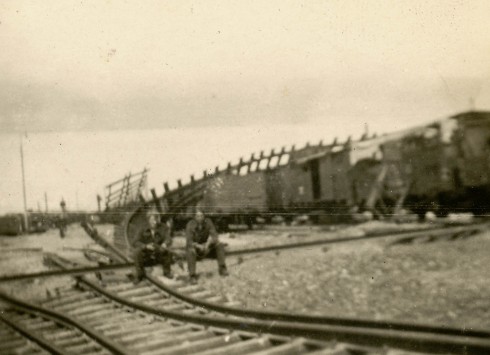 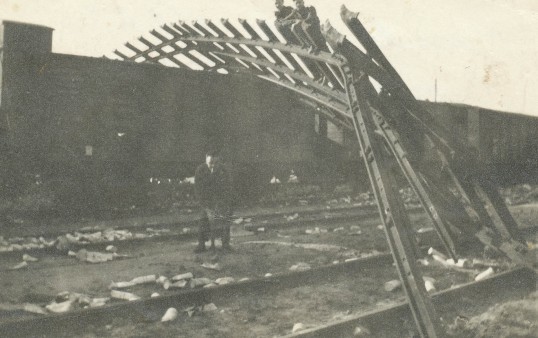 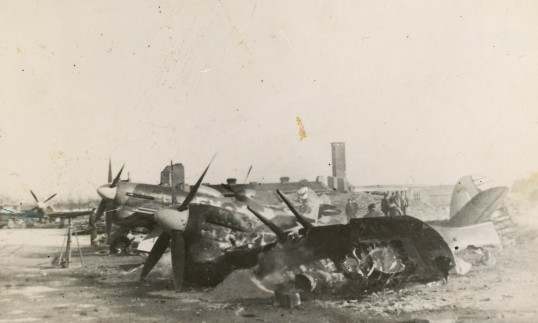 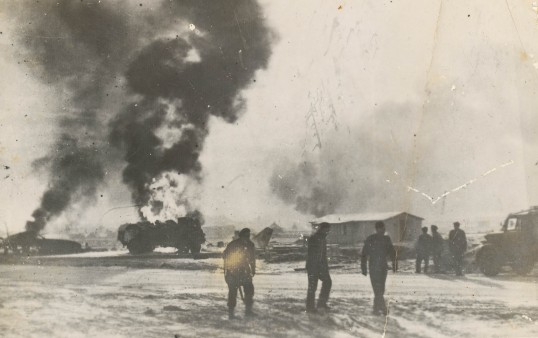 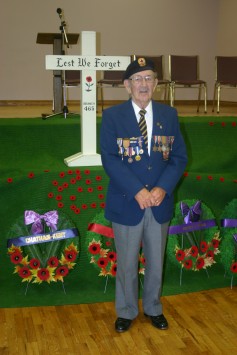 Yeah, I was with 128 Airfield to start with. There were three squadrons: 400, 414 and 430. I was in 414 [Combat Support] Squadron. And we were a photographic squadron; and we would go out and photograph just supposing there were German tanks someplace up ahead, we would photograph our aircraft and go in and photograph and come back and they developed that film. And they said something that in about eight minutes, they had that out to the army, so the army would know where the German tanks were situated, so they could go in and strafe them. Then as the army moved in, we moved too. Maybe, as I said, you could be sleeping at midnight and somebody get you out of bed and tell you to get your rear end going where we’re going to move, so you packed up and we went. It was 128 Airfield; they called the [RCAF] 39 Reconnaissance Wing. And then when we were in France, like at night, the German bombers would be away off and as they started getting closer, the anti-aircraft guns would start firing. We had a dugout with sandbags across the top, so when the guns got closer and closer, we got out and we got down in the underground until they had gone. And this one night, we were sitting in France and we were underneath, in an orchard; and there was some apples there and there was a tent next to ours. So I was out of my tent and I threw a couple apples and hit the tent next to us [laughs], and four guys come out of their underground. [laughs] I’m not going to tell you what they called me the next day. Yeah, I was an aero engine mechanic and we worked on the engines [Supermarine Vickers] Spitfires [British fighter aircraft] and [North American Aviation] P-51 Mustangs [American fighter aircraft], fighter planes. But they were also, the Spitfires were, had the cameras in the side of the aircraft and they’d bank in to take the pictures. And then they’d bring them back and they’d develop them. See, the German tanks were firing back onto the Canadian army. They would photograph where the tank was so the Canadian army in their tanks, they would know exactly where they were. And then if they were going in to destroy them or blow them up, or shell them, they’d know where they were. That was at Eindhoven, Holland. Vic Seer and I were putting on a prop [propeller] on an aircraft; and I looked out and I counted seven Focke-Wulfs [Flugzeugbau AG], German fighter planes, coming in right down on the deck. So they come in and they shot up the wing on the one there. I’d gone down and got behind the steel post of the hangar; and I reached out and got a piece of cement and put it up in front of my head. [laughs] And Vic run out around the corner and there was a dugout there; and he got down and there was six guys down in there in water up to their knees. And so as soon as they left, I watched the waves of aircraft, there was about 30 aircraft, and they come over in waves and they’d go up and they’d shoot back over the field. We lost 16 men that day. One chap had just come in from Canada the day before, but then the rest of them, after the raid was over, we said, oh, don’t worry, they won’t be back again until tomorrow. [laughs] But that was the worst raid we had. They practically destroyed the field. I don’t know, like we had three squadrons on the field, but, I would say, they destroyed 60 percent or more.