"Boy, you learn all kinds of meals. I still have the cookbooks. I even remember in Korea I had to – the pages were coming apart. I had to take a slat of wood and took two nails and pound it, so it keep these pages together. But they learn all kinds of meals. I know the first thing you learn to cook is shortbread. It was fun" See below for Mr. Hamilton's entire testimony. Please be advised that Memory Project primary sources may deal with personal testimony that reflect the speaker’s recollections and interpretations of events. Individual testimony does not necessarily reflect the views of the Memory Project and Historica Canada. 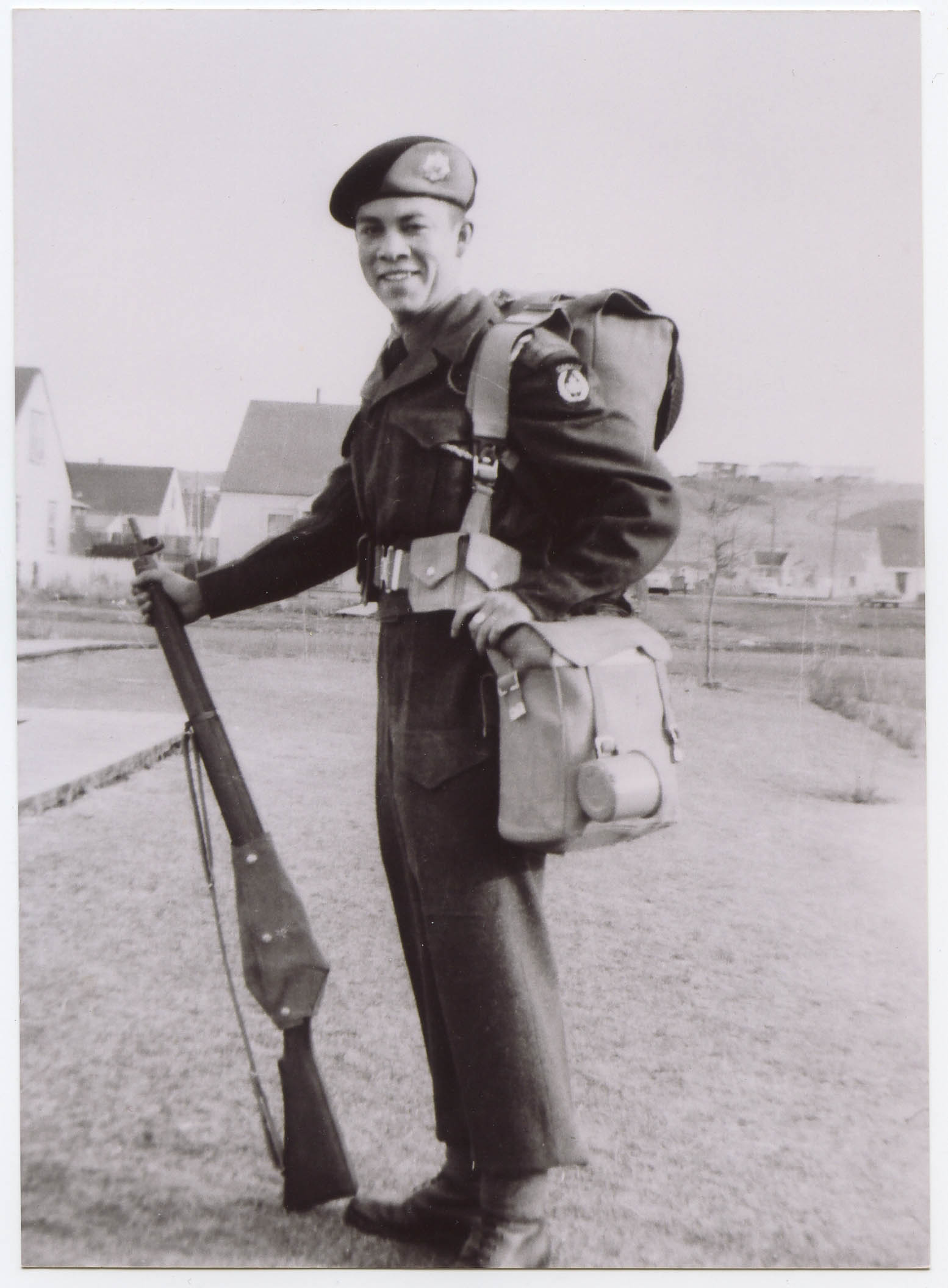 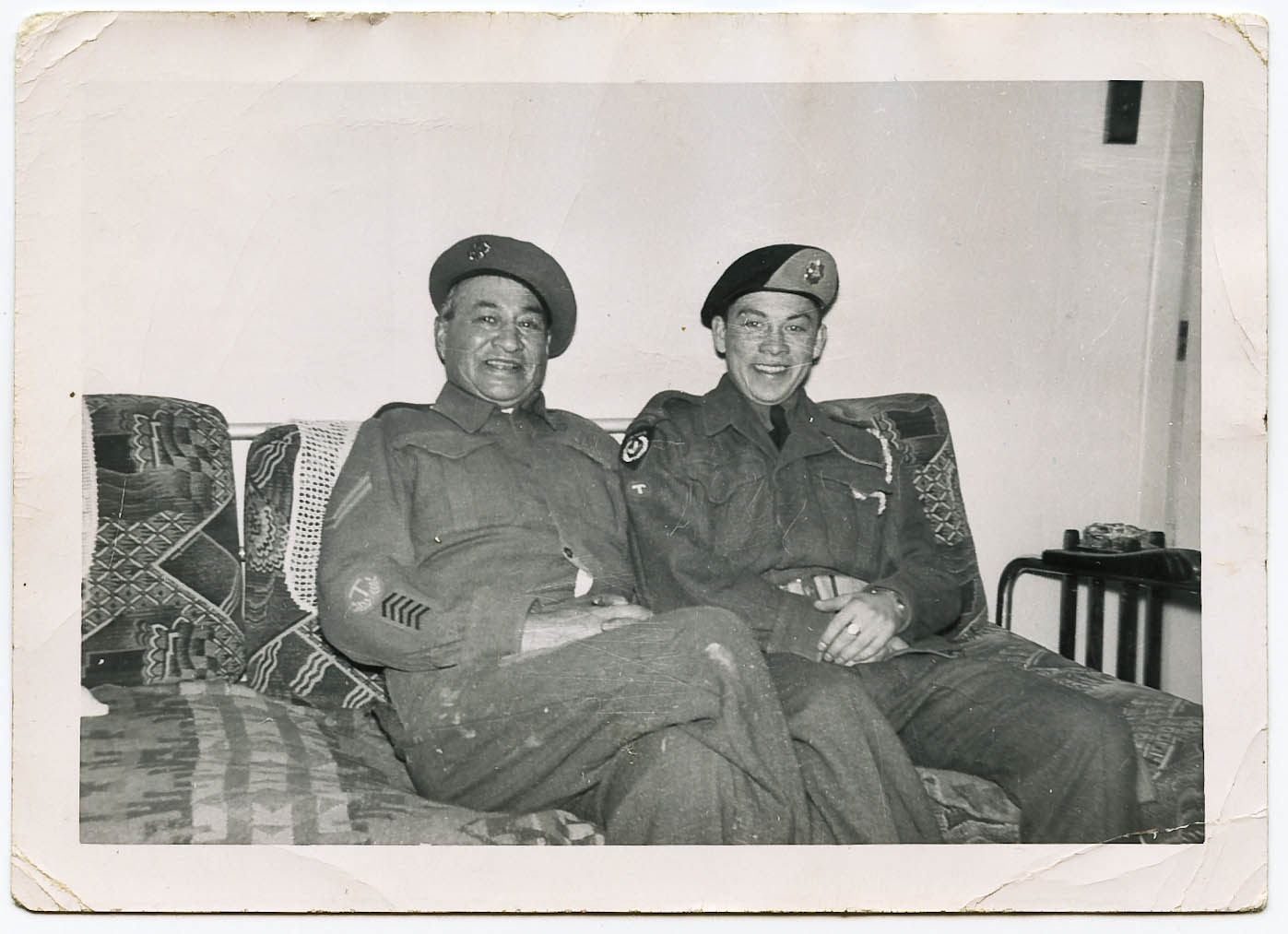 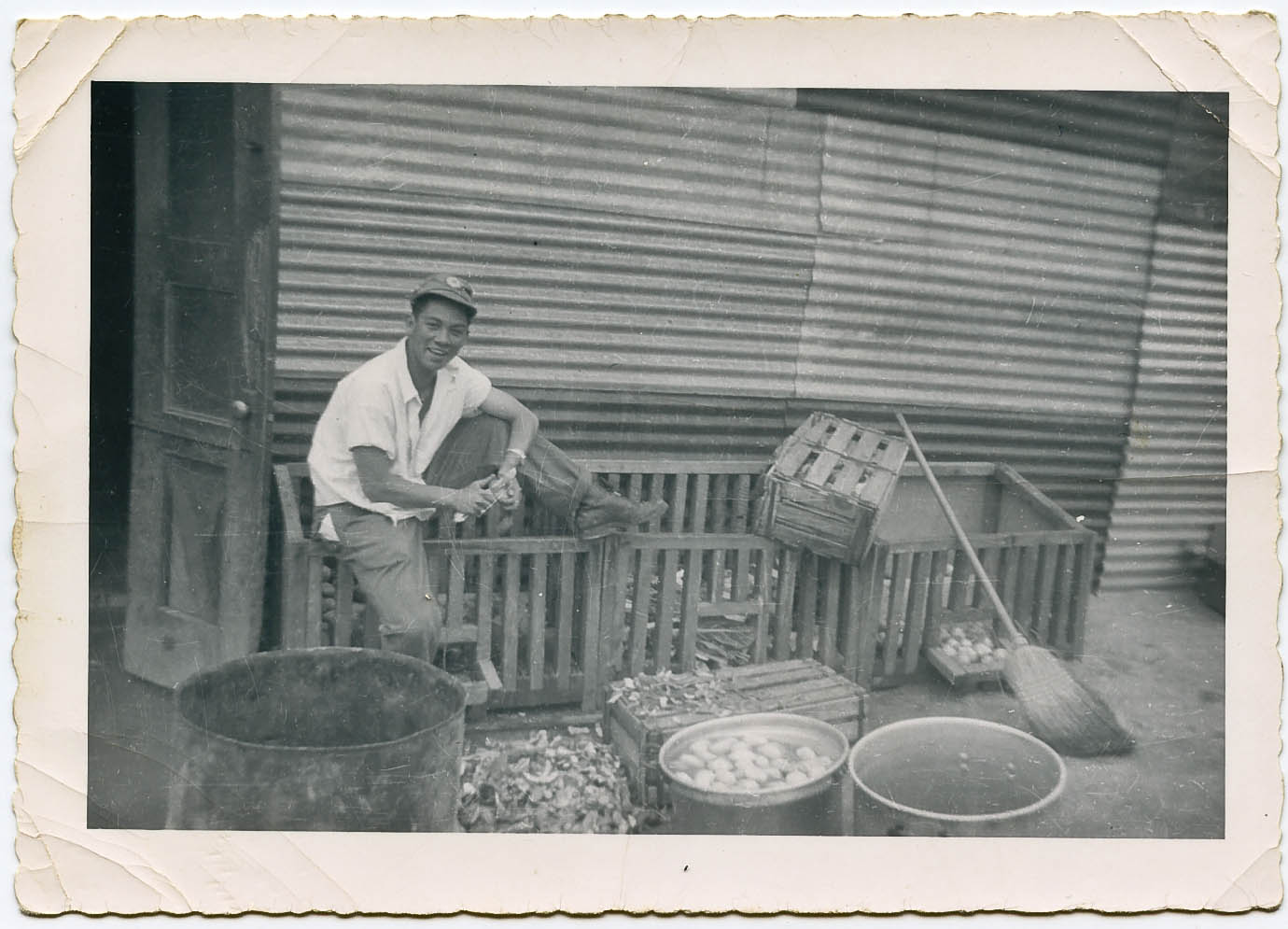 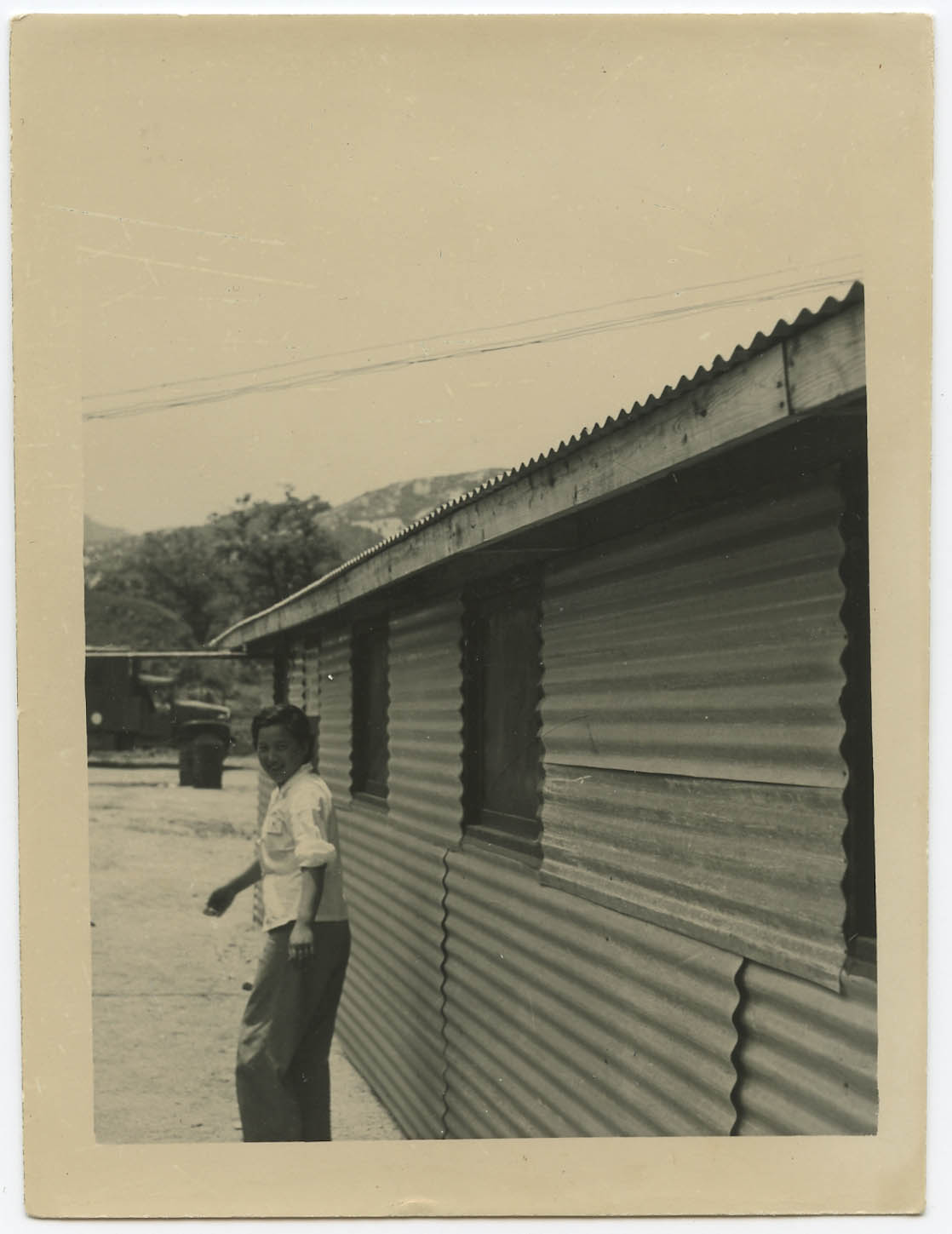 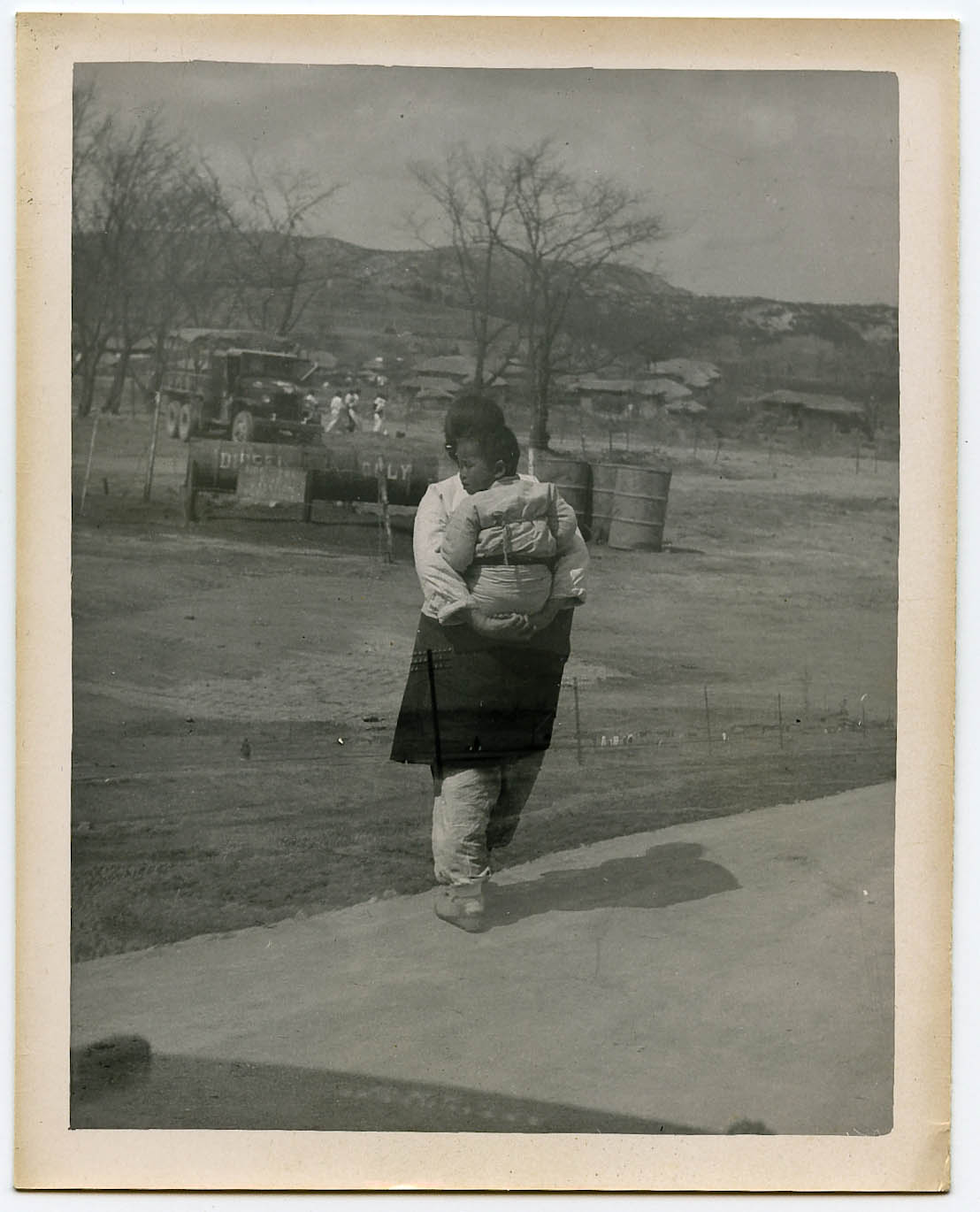 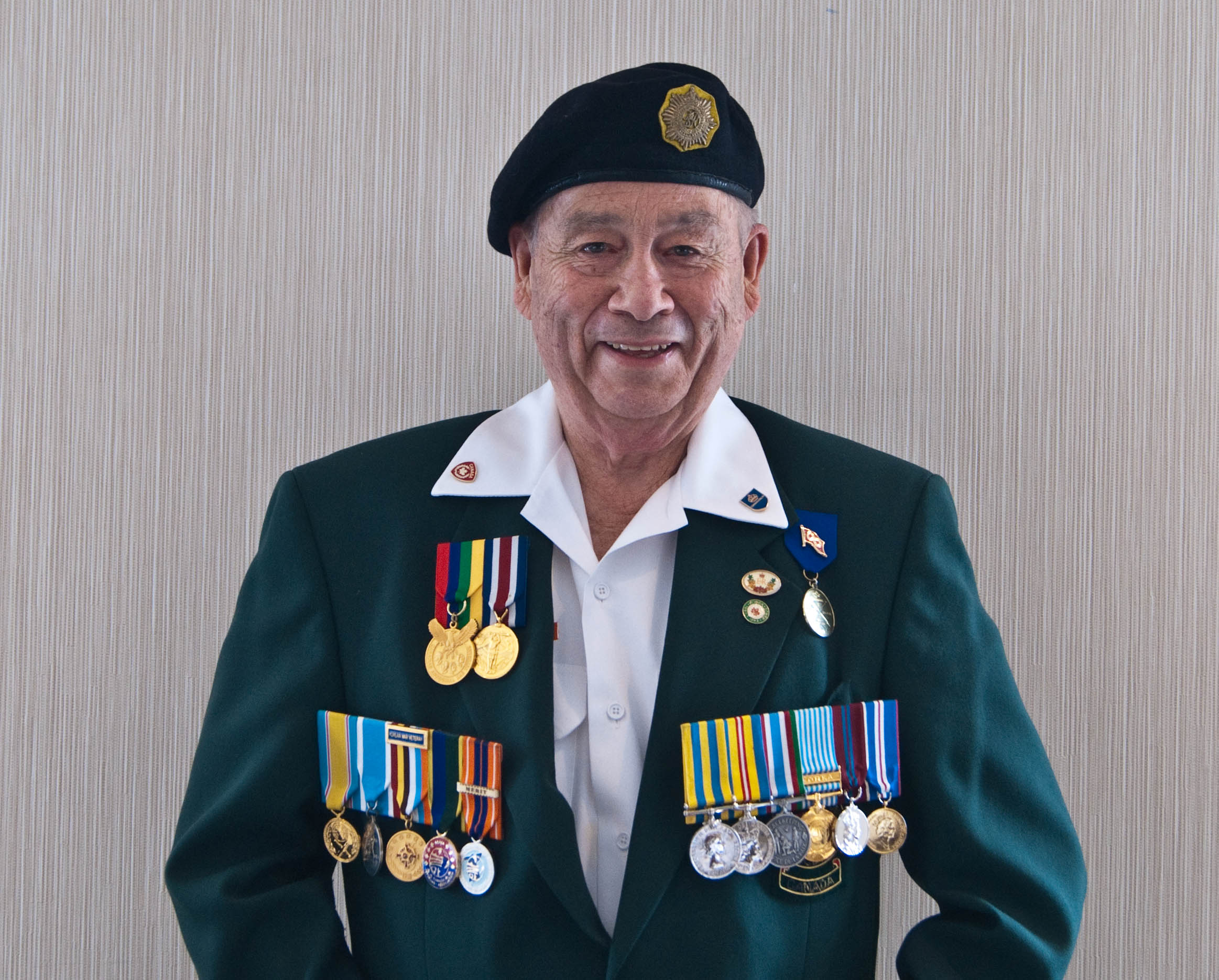 Well, when the war took place, when it actually happened, I was in high school. And, I think we were the only high school in Calgary – that’s where my hometown is, Calgary. Western Canada High is about 1,500 students, and at that time they had classes called Social Studies. Nobody ever heard of Korea. Everybody was wondering where is this war taking place? But the principal, he stopped all Social [Studies] curriculum courses for that one day, and he told every Social [Studies] teacher to talk about Korea. I’m sure the teachers didn’t know what they were going to talk about, but, from various information, from the radio and maps and things that they have in the school library, they came up with something.

When we heard about Korea, I was thinking about the family of mankind, how people around the world lose their freedom and we had ours. And so, it was in the back of my mind, a seed. When I finished high school – the war was already going, for one or two years – I wanted to travel. And, I went to Vancouver to become a steward on an ocean liner, but there was a two-year wait. So when I came back, I decided I would join the army because my father was a cook in the army and I’d follow in his footsteps.

But, when I arrived at [No.] 25 FDS – 25 for the British infantry brigade,* division, I guess it would be, because of 20,000 troops. Field Dressing Station** - that’s where I was posted. The first day I got there, the… Everybody was diving into the ditch, and I had this new uniform on, and I had to dive in the ditch, too. What it was, is a MiG [Soviet-made fighter jet aircraft] was flying over and they were afraid of being strafed, bombed. None of that happened, but we’re still in the ditch.

No I think it was the first day I was there, they gave me like an apple box with cheesecloth on top, and they said, “Here, this is for tonight’s supper.” So I pulled the cheesecloth back and there was – I found out later – was a Maori’s leg, a Maori from New Zealand. They had amputated his leg and they usually bury these things or burn them, so, they were going to make me feel soft, or something, but I fooled them. I didn’t say a word. I took this box, I took some petrol, some gasoline, and I went up to the side of the hill, dug a hole, put the leg in there, poured the petrol, burned it to bits, and then buried it. Never said a word to anybody.

Boy, you learn all kinds of meals. I still have the cookbooks. I even remember in Korea I had to – the pages were coming apart. I had to take a slat of wood and took two nails and pound it, so it keep these pages together. But they learn all kinds of meals. I know the first thing you learn to cook is shortbread. It was fun. Lots of times it’s common sense cooking. Although when I was in Korea, we had some British soldiers there. I had to fill in at an officer’s camp, section, and they wanted Yorkshire Pudding and I’ve never had Yorkshire Pudding, in our family, a Métis background. So I thought pudding, it’s sweet, so I put sugar in it. Those Englishmen, they got the biggest kick out of that Yorkshire Pudding.

Well, there’d always be about 20 maybe, at a time, sometimes four. It all depends what’s been cooked and how many are in, because it would alter. The helicopters – we’re being the only hospital for the division – would be bringing one, maybe two, patients, every two or three hours. The people who were slightly injured, they were handled at their own camps. But, the big injuries were brought in by helicopter. There was one fellow there, the helicopter came in and I was waiting for the meal to cook, and so I went out there to greet the helicopter, not alone, there was always four or five. The helicopter pad was only about 20 yards away. And, I saw this fellow’s arms on the side. So I thought I’d take this arm and put it under the blanket. And when I reached for this arm, it came right off. Oh, it was only dangling there by his skin. That was worse than the leg. But I put it in, on top of the stretcher and let the [stretcher] bearers take him to the hospital quickly.

We had long shifts, sometimes 12 hours. It was like you cook in the day and you cook in the evening, too because of the changing in personnel. They’d have staggered hours. It wasn’t just our camp that came to eat. Like the military police would come in from other different units to eat. Things like that.

We didn’t have much variety for food. And, there were American camps close by. Anyway, I met these American cooks, they had the same boat, and I asked them to look for some Jell-O, and they gave me some. The Americans were always eating better. And I needed to freeze something, so the blood that was in the ambulance, it was hooked up to electricity to keep it cold. I put it [Jell-O] in there to cool it off and I got heck: “Don’t ever do this again because it alters the temperature inside!” So, that was the first and only time we ever had Jell-O.

You become a veteran and you think this comradeship – you share the same experiences, although they’re strangers to begin with. You appreciate what they’ve done. And it seems to be strong, when you’re together with them.