"All along the Gaspé coast all the way to Newfoundland, you were in complete darkness. During the war, the houses located all the way down the Gaspé coast had to cover their windows. The submarines were torpedoing the ships only 5-10 miles offshore."

"All along the Gaspé coast all the way to Newfoundland, you were in complete darkness. During the war, the houses located all the way down the Gaspé coast had to cover their windows. The submarines were torpedoing the ships only 5-10 miles offshore." See below for Mr. Simard's entire testimony. Please be advised that Memory Project primary sources may deal with personal testimony that reflect the speaker’s recollections and interpretations of events. Individual testimony does not necessarily reflect the views of the Memory Project and Historica Canada. 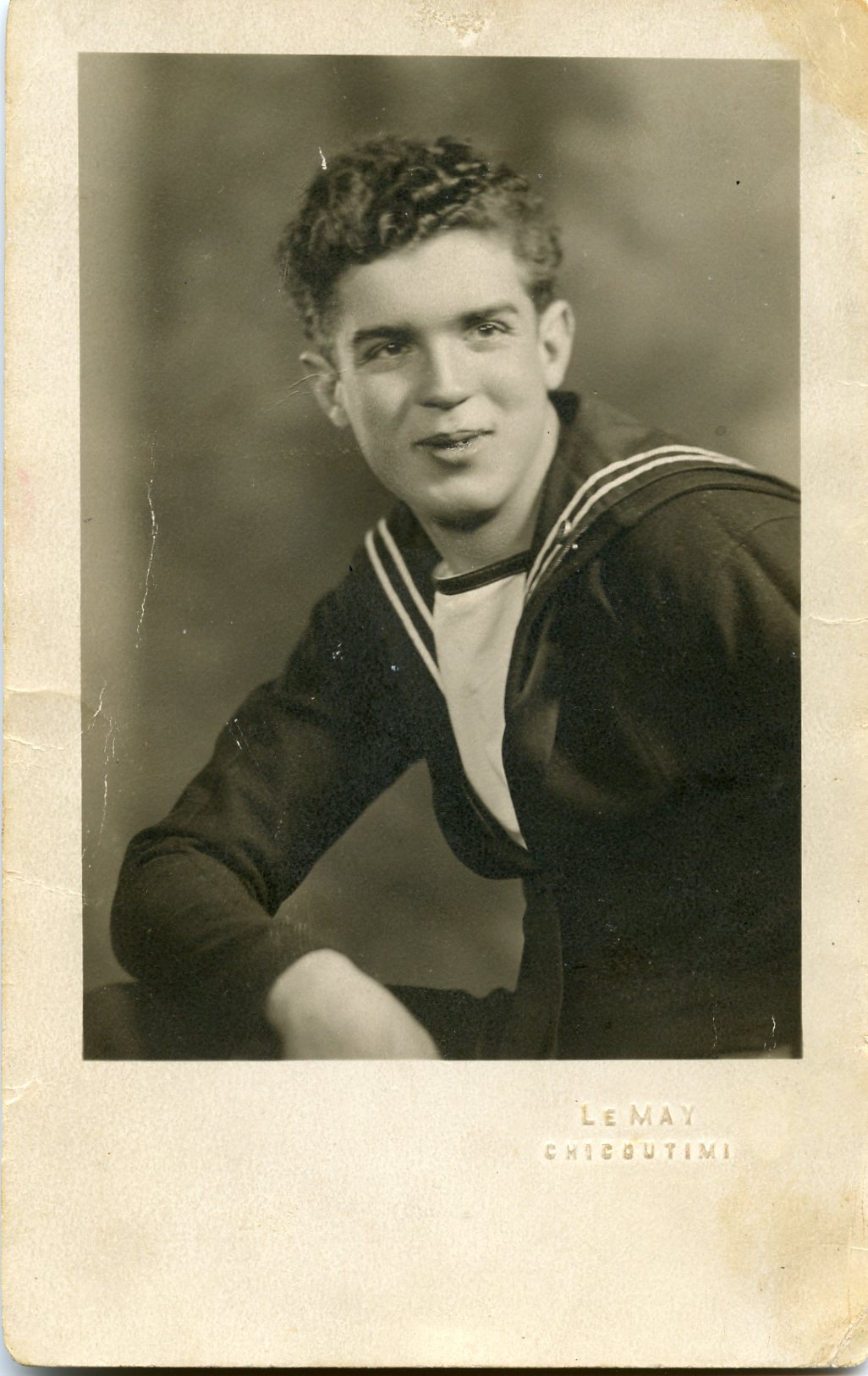 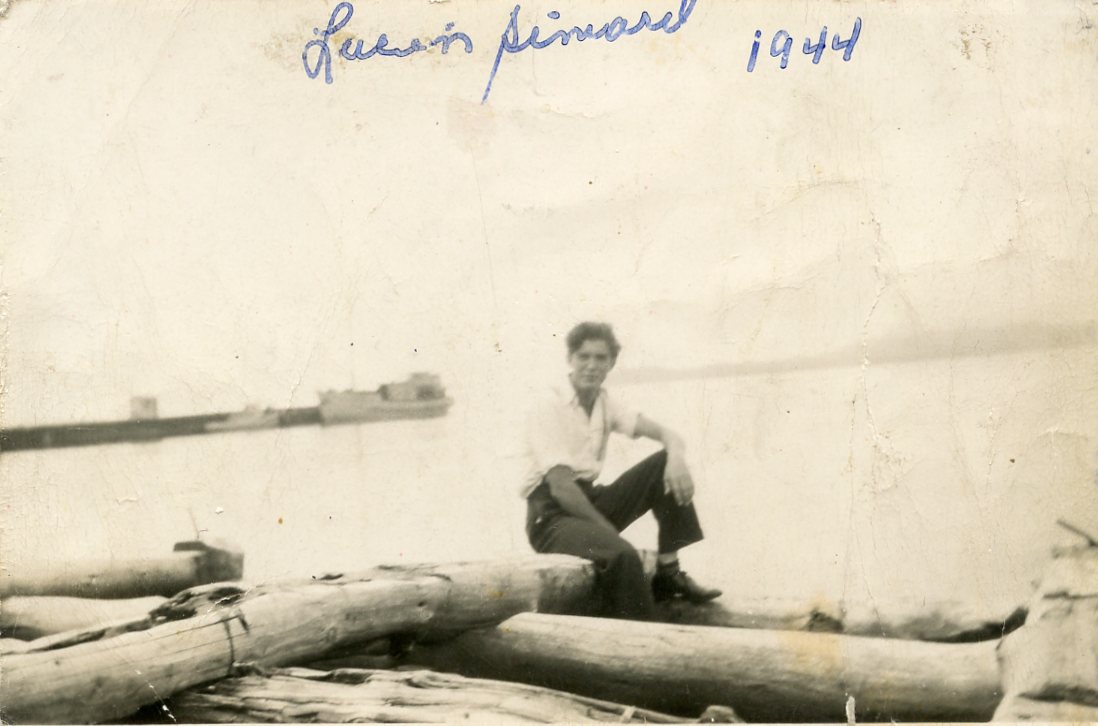 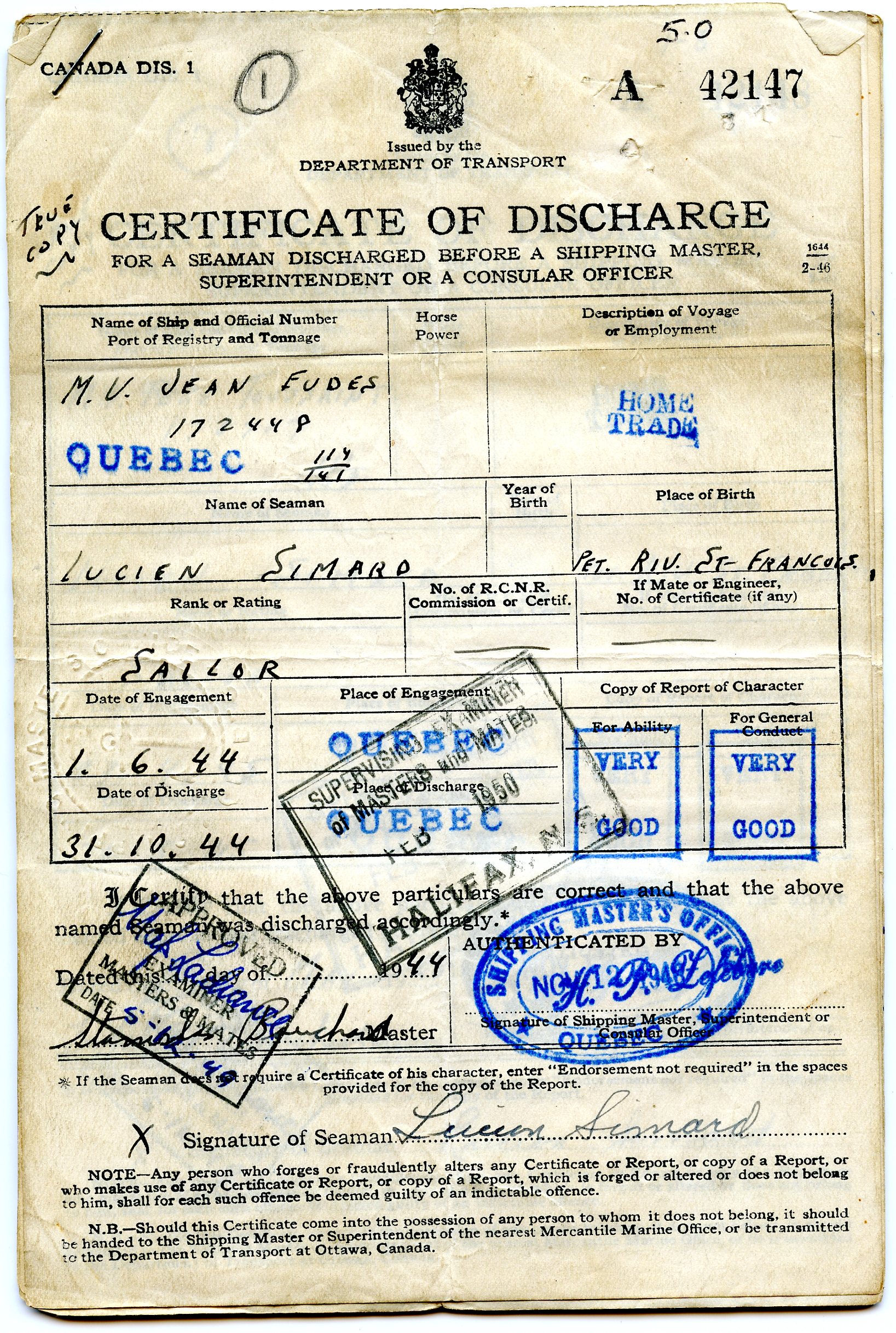 I hail from Charlevoix [Quebec] originally. I was born in [Petite-Rivière-]Saint-François, a sailors’ town. They always told me, even though I never believed it, that I had sailor's blood in my veins. We didn't have a lot of opportunities to leave in those days, unless it was on a boat. I worked in Arvida [a city that today forms part of Saguenay region of Quebec]. My father came to work in Arvida around 1942. He got me to come here so that I could help support the family. When I turned 17, I was thinking about ships. I didn't see myself staying in my position in Arvida, I saw myself on a ship. When my 18th birthday arrived, I sold my mother the idea of me going on a ship, which was more interesting and much more worthwhile than being in a trench or hiding in the mountains with the army. I sold the idea that I would go down to Petite-Rivière. One of my father's cousins had a ship, he owned a large ship that was chartered by Clarke Steamship. He hired me to work for him as a sailor. I didn't speak any English. I had spoken to some other young fellows who were there and who told me that you had to speak English [to enlist in the Royal Canadian Navy], you didn’t have a choice. If you had a lot of experience in the merchant navy or an officer's certificate or a lot of years in the merchant navy, you could maybe get transferred to the navy. I said to myself, let's start in the merchant marine while waiting, since I can’t [get into the navy]. When I went to enlist in the navy, maybe about three months after starting on a merchant ship, we had a stopover in Québec City. I went to the call field, if you’re familiar with that. There was a navy officer there, and plenty of young men who were there for the training, sailors in smart uniforms, well-dressed, very well-organized. They were maybe a little bit older than me. The officer who had me come into his office told me that, “since you don’t speak English, we don’t have the time to teach you. You look like a good lad, and since you’re in the merchant navy, it’s best to stay there. Stay there, the other forces won’t have a place for you.” They called my mother on December 22, 1944 to request that I report to the call field. She said, “my son is on a ship – look for him there.” I didn't have an address, I think for a long while she sent my mail to Mercier in Québec City. There was a little restaurant on St-Paul Street. She would send the mail there, and they took care of it; when we came to stock-up, they gave it to us. Otherwise, it would get sent to St-Jean-de-l’Île-d’Orléans. I don’t know if you know this, but there was a small coast guard ship that was always stationed in Saint-Jean-de-l'Ile-d’Orléans, a small boat belonging to the [Royal Canadian] Mounted Police. I had a cousin who worked on that ship. We reported into them. We had to tell them what our destination and load were and who our captain was. I was sailing on a ship that was transporting airplane fuel and cement. The high-octane fuel was placed in one compartment, cement in the other, and the rest of the fuel was put into barrels on the deck. It was for the planes and to build the base in Longue-Pointe-de-Mingan. That was a base the Americans were building in order to fly over the St. Lawrence River and monitor for submarines that could have made their way down the river. We now know that some submarines made it all the way to the Saguenay during the war in 1945 – well, perhaps not 1945, but certainly in 1943, 1942, 1944. Some ships were sunk in Sainte-Luce-sur-Mer, right next to Rimouski, so we were right in the thick of it. We had some consolation. The captain would always say to us, since we were young, "You guys, young fools – I don’t use the word ‘fool’, I’m using it to say, there’s no danger for you guys, don’t worry about anything. I’m the captain; if a submarine surfaces, we give up, they’ll take me back to Germany as a prisoner, and the rest of you just have to make for the shore, take the lifeboats, get to land, you’ll be home.” It really comforted us. We used it to motivate us to keep going. The darkness was what was really difficult for us. It bothered me particularly the darkness, when dark came early, whether it was in the spring or fall. The summer was alright since the days were longer. When you are out at sea and night begins at 4:00 pm, you go into a room, and out goes the light. Into the kitchen, out goes the light. We weren't even allowed to light a match in the room unless the portholes were completely covered. We were in utter darkness. All along the Gaspé coast all the way to Newfoundland, you were in complete darkness. During the war, the houses located all the way down the Gaspé coast had to cover their windows. The submarines were torpedoing the ships only 5-10 miles offshore. When the war of 1939-1945 ended, it wasn't over for us. The submarines disappeared, but the mines remained. After the war, we were told that we could join the legion. That was a couple of years after the war ended. If you check my documents, you'll see that I only received my merchant marine button twenty-five years later, around 1970. It came a lot later. I kept going in the marine. I didn't stop. I learned how to speak English.