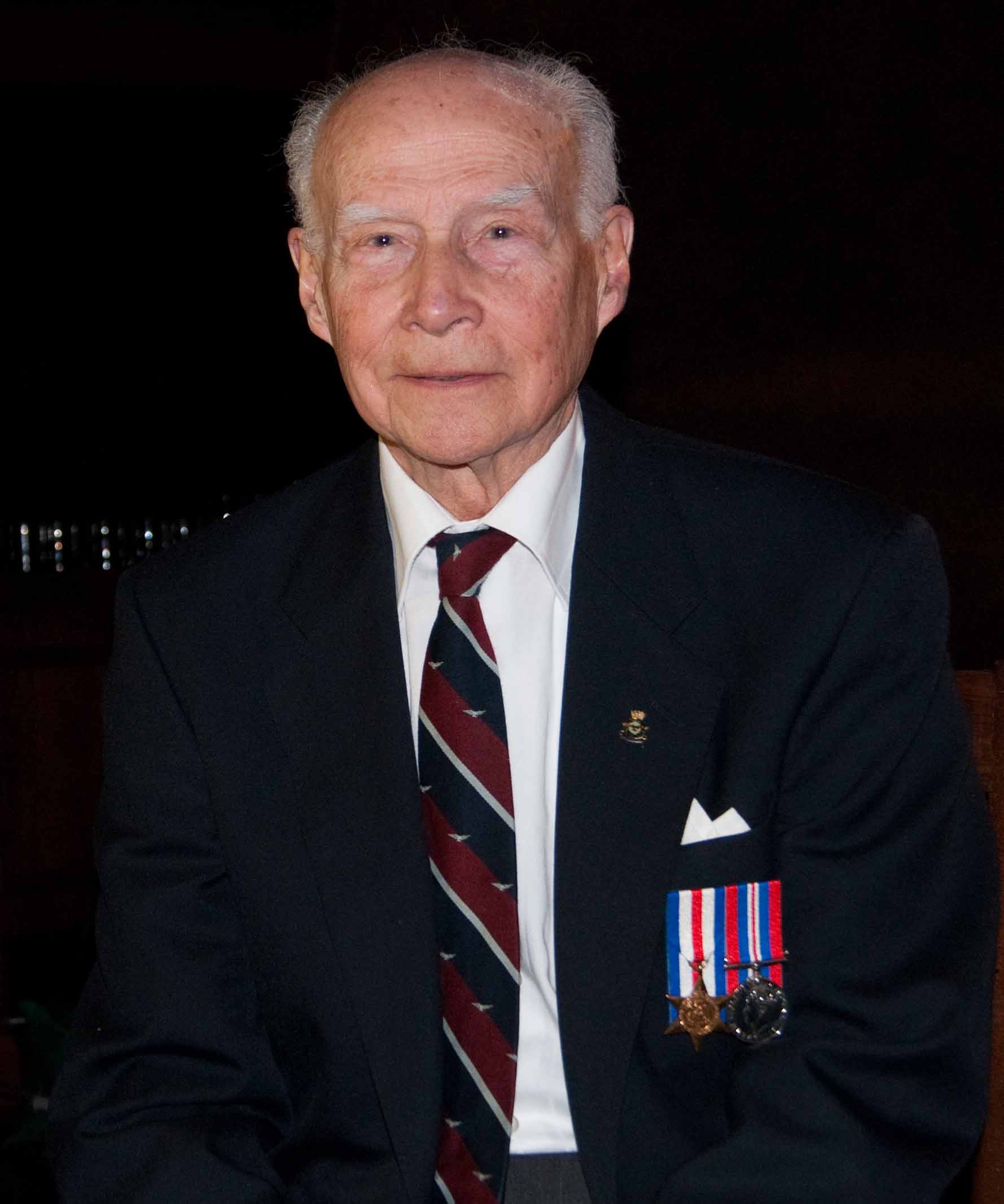 "These little things get to you. You find that when talking to them way after the war, you find out they looked on us, they saw the roundels on our aircraft and they said we were freedom, that’s what we were."

What’s a vivid memory are the guys I flew with. A lot of the guys we lost, some who were wounded, some missing. And some of the carnage you saw and carried out yourself. It comes back to you and it’s a hell of a thing to say, but when you’re in combat, you’re being fired at, you get all fired up yourself and you give it back to them as best you can, as much as you get, you give it back to them. You know, you look back on it, and uh, you’re killing people, so it’s kind of tough and you’re losing people. In my limited time of combat, I found, this I found later to be true talking to people with longer service, that after a while you don’t really want to get too close to anybody. Because they’re here today, gone tomorrow, as you could be. You’re chummy and you’re friendly and you go out to the pubs and have a bash and it’s good fun, but uh, very few people really got to know me, very few people. The same with other people too. Kind of guarded, and that’s the reason. But as far as camaraderie, you couldn’t beat it. I’ve always remembered those years extremely fondly and the people I flew with. I still keep in touch with one or two. It’s very vivid that part of my life. Very exciting, I have to tell you, at the time it was very exciting and scared…scared.

Now, one operation does strike me as being very, very strong in memory. And that was where we attacked a column of what they call the SS, the SS German troops. They were their elite and ruthless bunch. And we were given the order to attack them, which we did, a surprise attack on them. And we fired on them from all angles, continuously. I do remember vividly, one of the members there was on a motorcycle. Probably a dispatch rider and he took off from the column, because we were strafing the column. And, uh, what we did was you normally bomb one end and bomb the other end and have them blocked in so that you could then, just literally get at them without them being able to move very much. This fellow took off on the motorbike, and there were trees on either side of the road and a lot of the troops were getting out of the transports and running into the fields. But this guy took off and I went with another one of my wingmen and we went after this guy. So here he is, let’s say he’s doing, I don’t know, maybe 70 miles an hour, and we’re doing about 290. So, what did he think he was doing? Looking back on it, as I said, maybe he had urgent dispatches, I have no idea, maybe he just plain panicked. But I remember coming up on this fellow and we just blew him apart. That stuck in my mind.

And then after that, when the Allies overran that particular position, they asked us if we wanted to go down and see the damage we’d done. The Army said we’ll take you out to the site, which wasn’t too far, about 15 miles away, and they took us out there to have a look at the damage we’d done and, uh…pretty bad, pretty bad when you see it close up. Pretty bad. The smell was terrible. The smell of death, rotting, burnt. Not pleasant. Something you never forget, absolutely never forget the smell.

Sometimes we were billeted in a house, a private house. There was one house in particular, where they were very kind to us. There were four of us billeted in this house in Belgium near Grimbergen and, uh, these people were so kind to us, it was unbelievable. The people treated us like their children. They were very concerned for us. We did everything we could, and every method we had to get extra food for these people. Some of the stuff that would come through for the troops, you know, we’d get meat and products like that in tins. Anything we could scrounge, we would give to them. Not for us, we’d give to them for their family. And, uh, you meet people like that, and they were very grateful for us being there. When we moved into Holland, it was, as far as I was concerned, one of the most moving places to be. The Dutch there, and um, particularly in the area where the Germans, as we found out only later, they were starving them because they’d supported the Allies, you know with the underground, the Dutch underground? And they were punishing them by starving them.

When we used to fly in Holland, and also partly in Belgium and France, but you know their narrow winding roads, right? We would very often, coming back to our base, which was basically a field in the middle of farm country, many a time, you’d come back and see all these kids and sometimes adults cycling along on their bicycles and when they heard the engines coming, they nearly fell off their bikes waving to us. It was very moving. Although you got used to it, it was very moving. I always remember one kid; he collided with the bike in front of him and fell off the bike. And, uh, I don’t know what happened, I could just get the glimpse of him as I swept past, and here he was scrambling to his feet to continue waving. These little things get to you. You find that when talking to them way after the war, you find out they looked on us, they saw the roundels on our aircraft and they said we were freedom, that’s what we were.