"In August 1942 Montgomery’s forward forces had brought Rommel’s army to a halt. RAF bombers, British submarines, had sunk 47 supply ships totaling 169,000 tons. All except two had been a direct result of decrypts from BP."

"In August 1942 Montgomery’s forward forces had brought Rommel’s army to a halt. RAF bombers, British submarines, had sunk 47 supply ships totaling 169,000 tons. All except two had been a direct result of decrypts from BP." See below for Mrs. Cooper's entire testimony. Please be advised that Memory Project primary sources may deal with personal testimony that reflect the speaker’s recollections and interpretations of events. Individual testimony does not necessarily reflect the views of the Memory Project and Historica Canada. 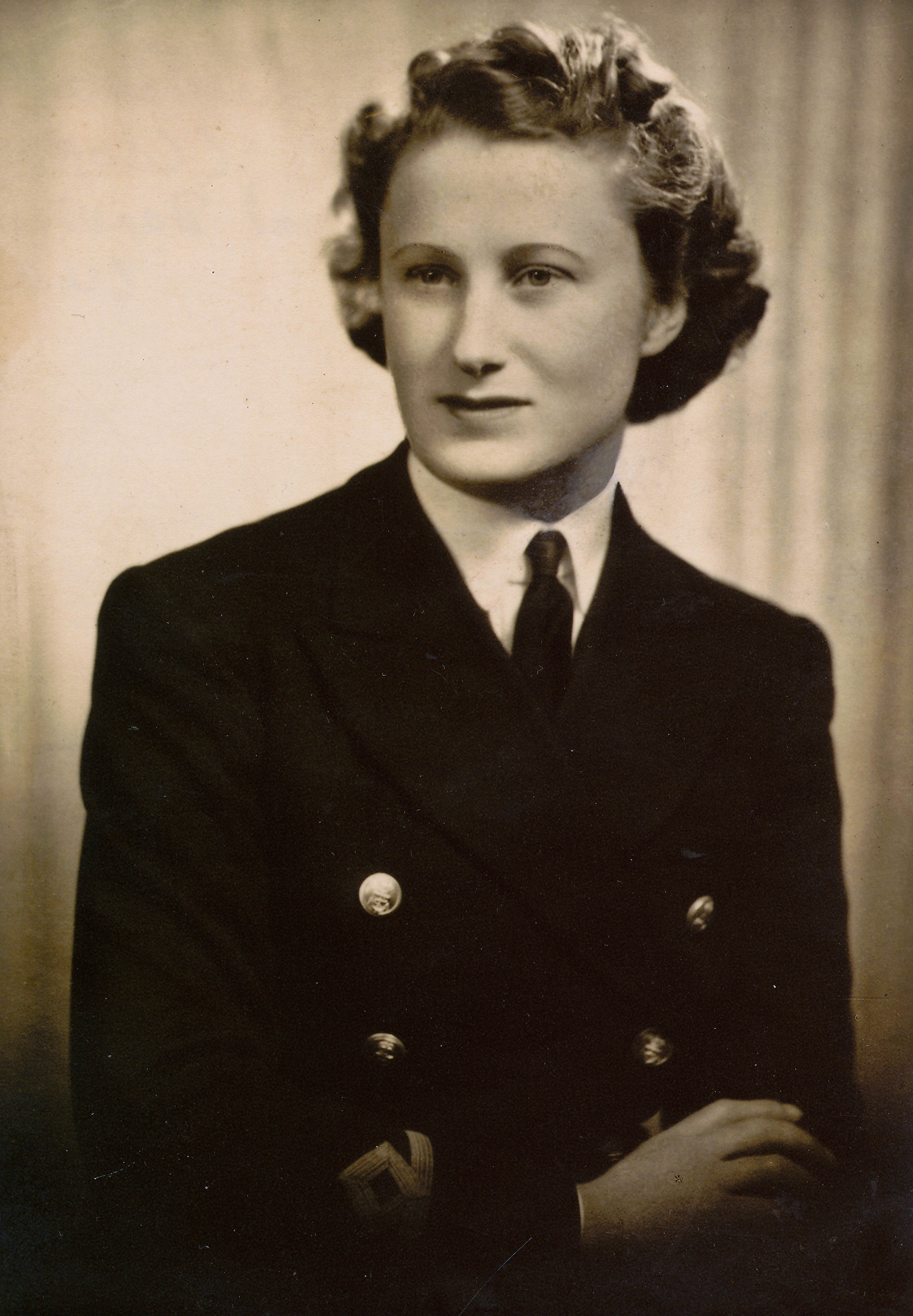 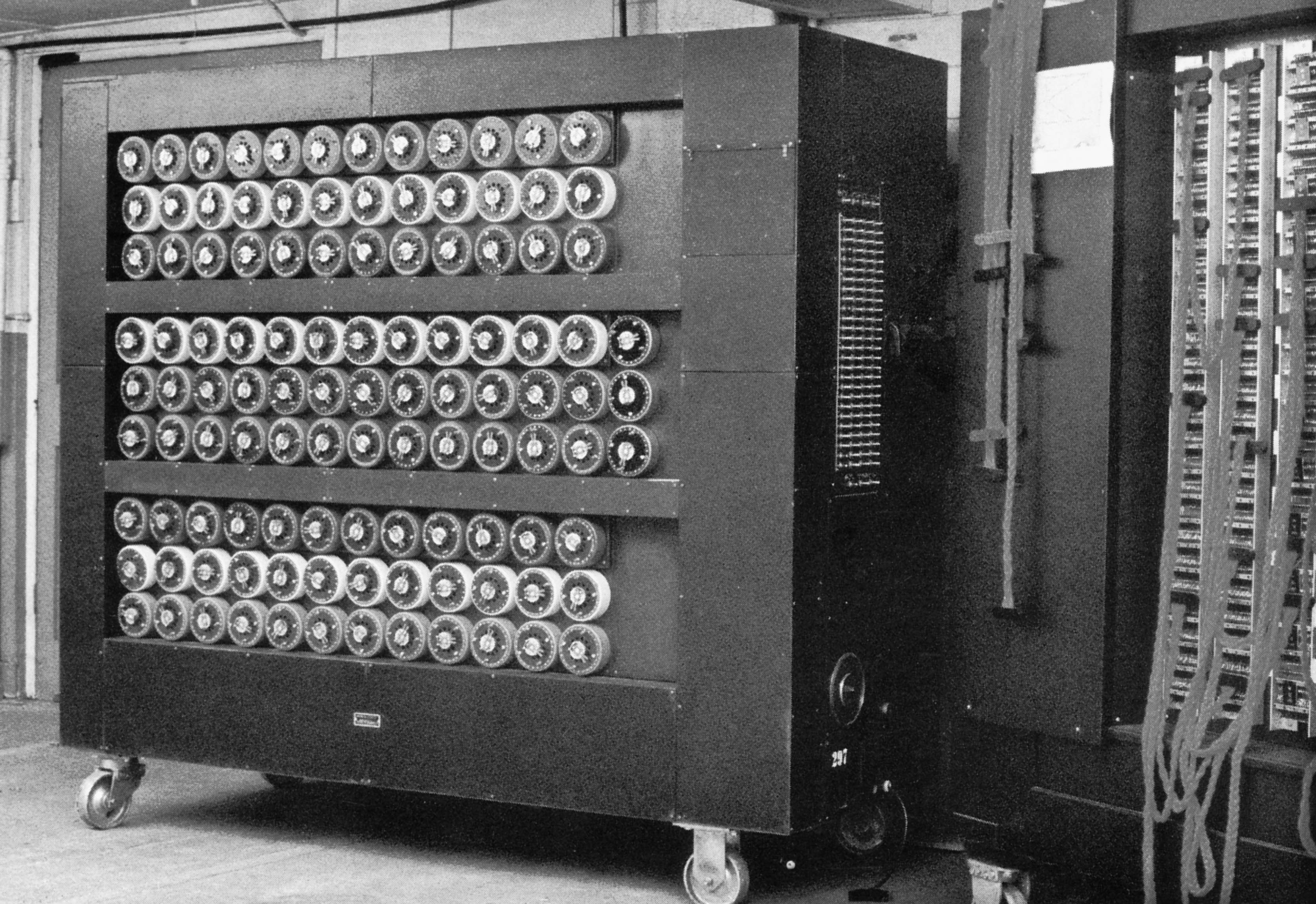 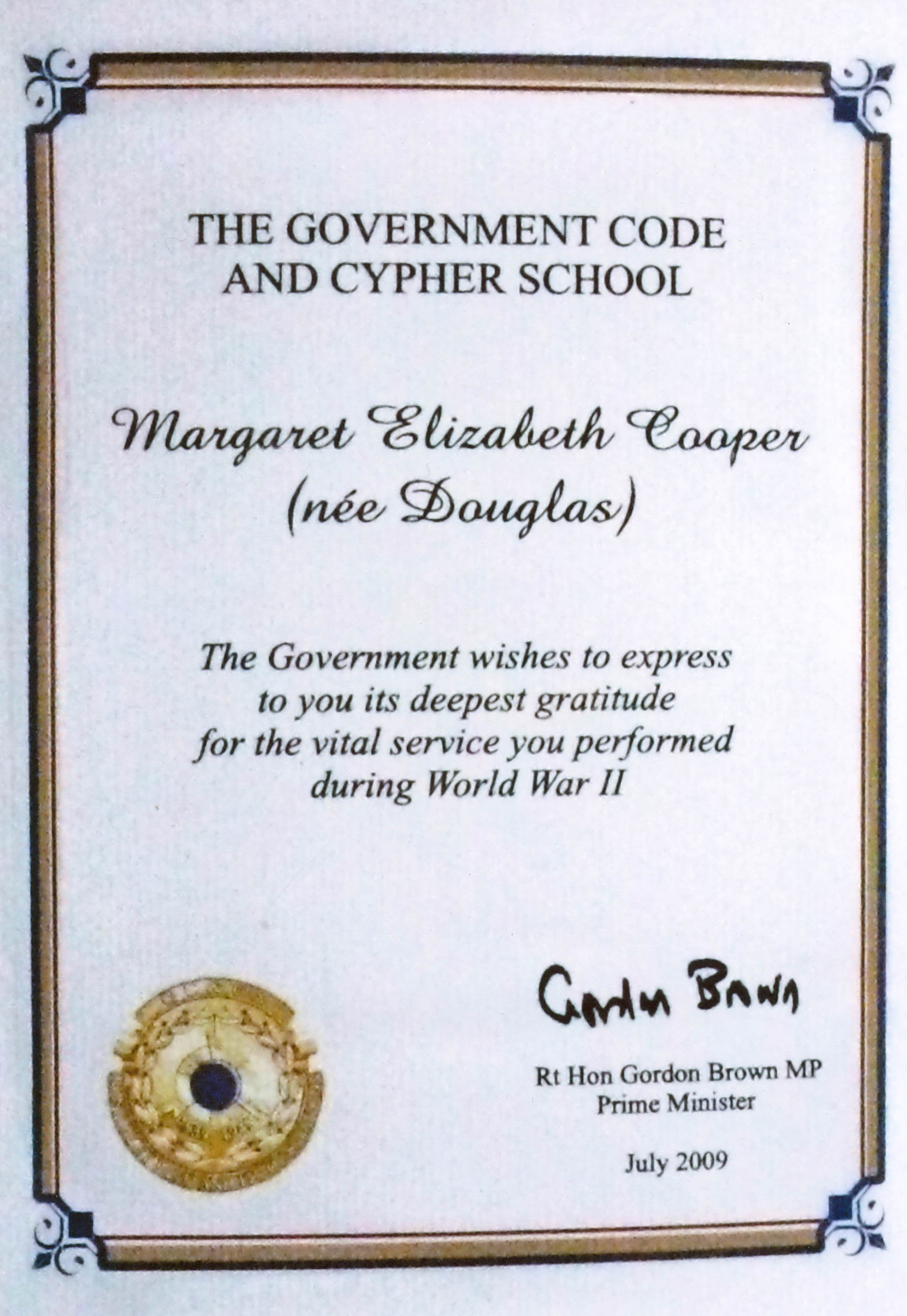 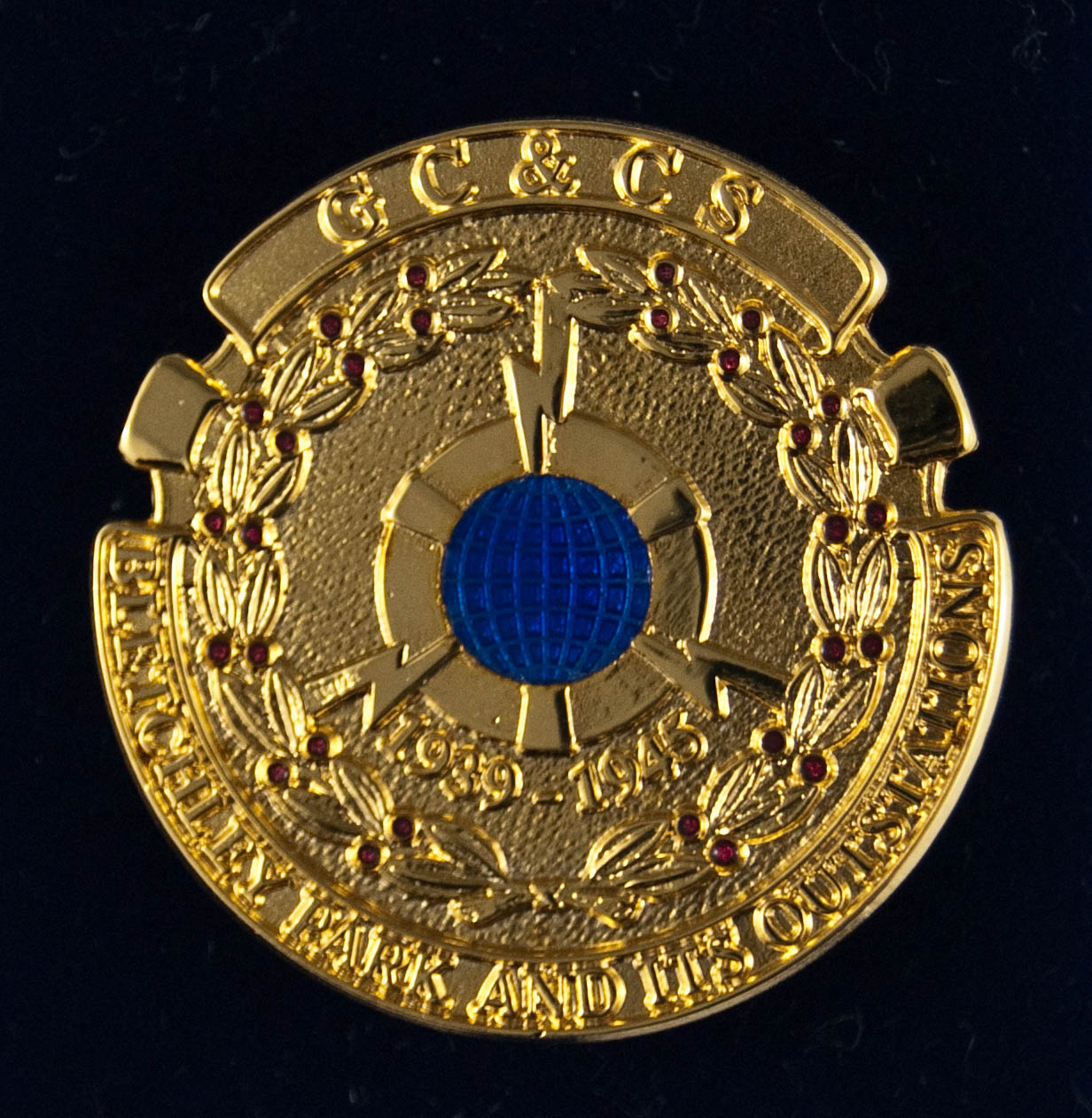 When we first arrived, one had to get [ration] coupons for clothing, coupons for food, coupons for everything and sign papers hither and yon. So that took quite a time. Anyway, I was called up on September the 7th, 1941 and went to a training college, Westfield College in London. And we were there for two weeks and I, they asked us what we wanted to volunteer to do, what our preference was so strangely enough, I thought I’d like to be a coder, which is encoding all the communications messages.

The night before we were leaving, having been enrolled in the "Wrens" [WRNS, Women’s Royal Naval Service], eight of us were called to the Chief Officer’s Office and she pointed to a letter desk there which she said was from [British Prime Minister] Winston Churchill, asking for some volunteers to go to do a job which was very very secret, no chance of promotion. She couldn’t tell us anything about it but it was very urgent. So sleep on it and let her know the next morning, so I think all but two of us, so that was eight of us, volunteered to do this job. The next day, we were duly put on a bus; we didn’t know where we were going and landed up in Bletchley [Park].

What we were going to do at that time was to work on a thing called a Bombe, which had nothing to do with being a “bomb” as you would think of it. It was a machine which had been more or less invented by a man called Turing, Alan Turing [British computer scientist], which helped to find the setting for decoding encoded messages.

We should be very thankful to the Poles, they started in 1932 doing it [decoding German Enigma machine messages] and working on it and I think they were in touch too with the British but it came to a point when the Germans really invaded Poland and they offered a [Enigma] machine, one to the French and one to the British, which was absolutely incredible. It gave us a head start on what we were doing.

In August 1942, [Field Marshal Bernard] Montgomery’s forward forces had brought [Field Marshal Erwin] Rommel’s army to a halt. RAF bombers, British submarines, had sunk 47 supply ships totaling 169,000 tons. All except two had been a direct result of decrypts from BP [Bletchley Park]. In October 1942, 44 percent of Axis shipping leaving Italy for Libya was sunk. By November the 4th, he [Rommel] reported “Africa Korps strength is down to 24 serviceable tanks. November the 10th, 11 tanks.” So that really brought to the end the war in North Africa.

And then after that, I was moved onto another room, which is extremely interesting, it was called the U-boat Room actually. And we were in complete connection with our counterpart at the Admiralty [Royal Navy headquarters]. We dealt with all decoded messages regarding U-boats and passed them onto the Admiralty. And if they had any questions that they wanted to clarification about the messages or anything, they called us.

And I was sent down to Plymouth [United Kingdom] on the 26th of April 1944. Plymouth and Portsmouth were really the chief naval invasion ports of France [for the D-Day landings]. So absolutely everything was happening there. And I was to be, well, I was on the staff of the Chief of Staff, but I was liaison between Bletchley and Plymouth; should any U-boat messages relative to that area come up that I could deliver them to the appropriate person.

I think security was absolutely complete. It was absolutely incredible because at the beginning of the war, comparatively few people were working at Bletchley but by the end of the war, not only in Bletchley but around the world, there were thousands of people working and I don’t think there was ever a case that I ever heard of, of this getting out.

I must say in Bletchley Park, nobody talked of their work at all except in the room with the people they worked with. You just didn’t even think of talking to anybody about your work.