"And then you got blasé about it. I used to stay in bed until a bomb dropped near and then of course, I’d shoot out like mad."

"And then you got blasé about it. I used to stay in bed until a bomb dropped near and then of course, I’d shoot out like mad." See below for Mrs. Hurst's entire testimony. Please be advised that Memory Project primary sources may deal with personal testimony that reflect the speaker’s recollections and interpretations of events. Individual testimony does not necessarily reflect the views of the Memory Project and Historica Canada. 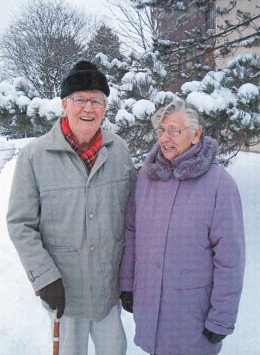 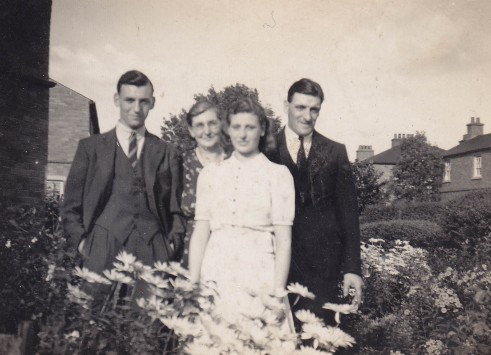 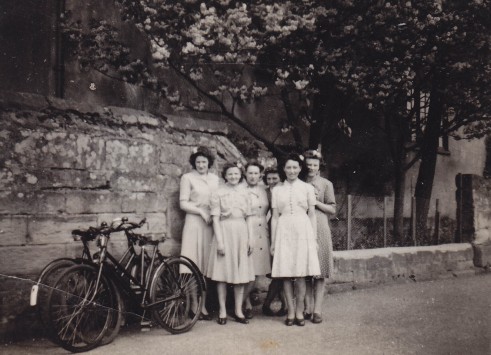 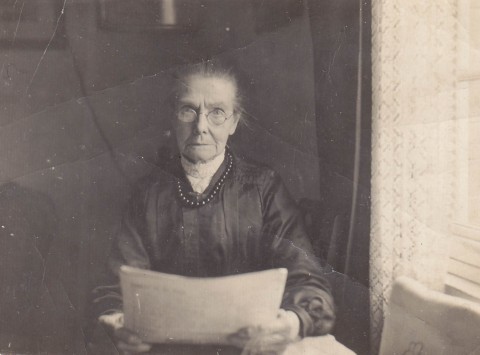 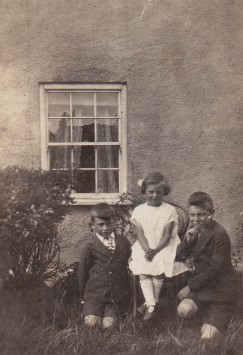 I got discharged from my war work on November the 5th, 1945. But what had happened is, a couple of years before that, my father was taken ill and he wasn’t expected to live. So the government gave me a deferment for this. Although I wanted to go in the forces they said no, you have to go onto the war work, which was helping build the airplanes and things like that. And anyway, they deferred me first about three months and then I was turned 18 and they said, well, you must go now. And I went to Newcastle for six months’ training. After training, there was about six different kinds of machinery, I’d never had anything to do with machinery, apart from a sewing machine. I was able to go backwards and forwards home from Newcastle because it’s only about an hour and a half journey. But then we were told we would have to go down to Coventry to a real factory where they were actually making parts of airplanes, parts that I did.

I went mainly on the grinding machine, at very close limits. We had about a hundredth of a thou- you know, that, less than that. We used micrometer. And there was several different machinery. Some girls just stayed on one all the time but I went around these six and by the end, I knew how to work them all. We had a foreman and he would present us with a sheet and it would tell you on that sheet what was to be done that day. Sometimes it was, of course I did all the different types of machines.

There was big bolts that held the wings of the Lancaster onto the body part and they would be about nine inches long and about two inches round. And they would have to go to two, there was a grinding machine with the two round drums and you had to put this machine, this bolt in and pull a lever. And it would grind to a certain measurement that you needed. We had to use this micrometer to get exactly. And it was to thou of an inch. And then there was flat plates we did the same. A big wheel came down and grinded the plate.

We didn’t really see them going on the airplane, the airplane was another part, we just did these parts and we knew they were for the wings of the airplane. And the factory was called Armstrong Whitworth.

Well, by then, most of the bombing had stopped. Before that, it was terrible because there was bombing. I lived in a house with my grandmother and my mother. And my grandmother was about 86. She seemed a lot older than I am now but still, she was only about the same age. We were supposed to go out into the garden and down into a, what they called an Anderson shelter. But after the first few times, we knew granny couldn’t go down there, it was ridiculous. And we sat in the living room until the air raid was over. And then you got blasé about it. I used to stay in bed until a bomb dropped near and then of course, I’d shoot out like mad. But we still had to go to work the next morning, whatever had happened, so you needed your sleep, if you could get it. And I didn’t see much point sitting waiting. You sort of got used to it.