"I particularly remember the horror of the first pictures of the infamous Nazi Concentration Camp at Bergen-Belsen."

"I particularly remember the horror of the first pictures of the infamous Nazi Concentration Camp at Bergen-Belsen." 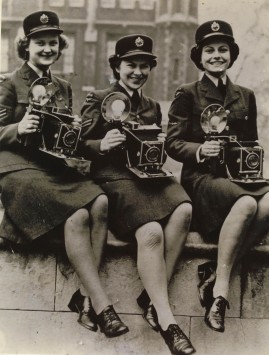 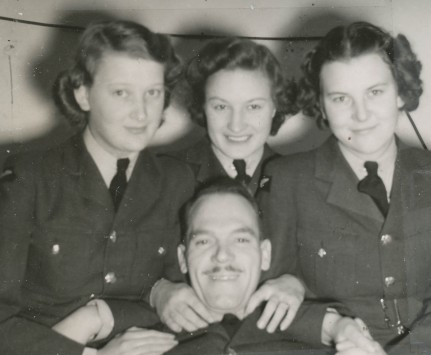 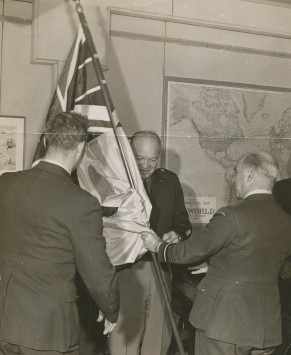 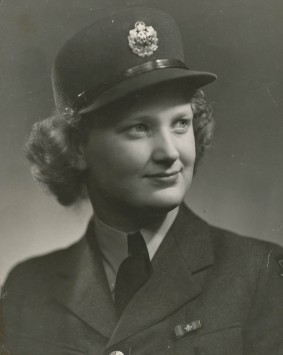 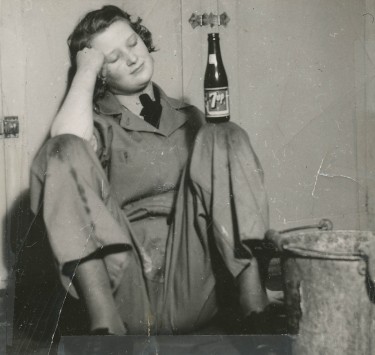 I had been evacuated from England with my mother and my brother, who was two and a half. I was under 16 when I came [to Canada]. And life didn’t work out very well for people who were coming from England because they were only allowed to bring out $40 and my mother found this, she just couldn’t deal with it. And so she was going back, but we fortunately had a friend in Winnipeg [Manitoba] who arranged for my brother to go and live with Mitchell Sharp, who eventually became the Finance Minister; and I was given a home with a very nice couple, an elderly couple in Winnipeg.

My brother was in Ottawa [Ontario] and I was alone, and I felt I wanted independence. One day, passing the recruiting centre with some friends, we went in and, none of us were of age, but, fortunately, I was the last one they asked how old I was, so I put my age up a couple years. I’m sure they suspected something else. But anyway, I was then called up for my medical exam. I told them that I was born in Guernsey [the Channel Islands] because I knew that nobody could get the birth certificate from Guernsey as it was occupied by the Nazis at that point.

So I got away with it and I was sworn in. Anyway, someone came around and asked if anybody was interested in photography. And I thought, that sounded quite interesting. I had no idea that it was to lead to a course in photography. After my [Toronto, Ontario] Manning Depot experience, I was one of six girls that was sent to [RCAF Station Rockcliffe] Ottawa for the course. That suited me fine because my brother was there; and I went along, kept my mouth shut and didn’t let on that I didn’t know the first thing about photography. But I had been in a darkroom with some people who just put it [the photographic paper] in the water and out came the photograph. And that’s pretty well what my experience was in photography. However, the course didn’t start for six weeks and in that time I was told just to keep my mouth shut and learn everything I could.

Because I was in a station with mostly Englishmen at Fort Saskatchewan [Alberta], that’s an English training plan [British Commonwealth Air Training Plan station], I put my uniform from Great Britain. And one day when I was in Winnipeg, a senior officer came along and said, I’m curious, you’re wearing a Canadian uniform, but you’re wearing Great Britain on your shoulder. So anyway, I told him my story and he said, well, you’re not allowed to do that, only if you’re posted out of Great Britain are you allowed to wear that. So he reported me to a woman officer in Winnipeg; and she called me up and she said, she got the story, and I told her. She said, well, you have to take Great Britain off. But she said, I’m wondering if you’d like to put Canada up, we have one posting overseas for a photographer and would your parents be very upset if we sent you back to England? And I said, not at all. I was really here to look after my brother and that wasn’t happening. So I got the posting overseas, which was very fortuitous; and that rotten senior officer, he’ll never know what a big favour he did me by reporting me. So that’s how I got to go overseas.

While in London, our assignment in and around London were mostly weddings, funerals and investitures [formal presentation of rank]. The weddings were happy occasions, the funerals, often of young pilots or aircrew, were always moving as the rifle party fired a salute. The investitures at Buckingham Palace were interesting and colourful, and when distinguished Canadian airmen received decorations from members of the Royal Family. We also did some darkroom work which could be interesting, particularly after the [Normandy] invasion [of June 1944] when we were processing film shot close to the action on the continent. I particularly remember the horror of the first pictures of the infamous Nazi Concentration Camp at Bergen-Belsen [Germany].

Well, the thing is, when you’re developing a picture, you have to know what you’re developing, what the picture’s about. And I was turning it upside down and around, and I thought, what the hell is this? And it was just mounds and mounds of bodies on top of each other that had been photographed in open graves. And the odour I gather from the caption on it, that he [the photographer] sent, was just mind boggling. He said it was. You could smell it from miles away. And as I say, you couldn’t believe, I mean, I went home that morning and woke my parents up and said, my God, you know. They actually, because they were in the Censorship, they did know about it, but they couldn’t say anything. But when I told them about it, they said that there had been rumours. We had no proof, but this was the first proof that they [the Germans] had mutilated and just thrown these people in huge graves. It was awful. I’ll never forget it.

The thing is, I didn’t take the pictures. I only developed them, so it was mind boggling. I mean, but the boy that took them, I don’t think he ever got over it. No. It was earth shattering to everybody when they saw the pictures. It was just mind boggling. And, of course, it was our introduction to the camps and the gas chambers.