"I think the young people should understand what our generation went through to give them their rights today. It doesn’t matter whether it’s Chinese, Japanese, Irish, they all went through discrimination here in Canada in those days."

"I think the young people should understand what our generation went through to give them their rights today. It doesn’t matter whether it’s Chinese, Japanese, Irish, they all went through discrimination here in Canada in those days." See below for Ms. Lee's entire testimony. Please be advised that Memory Project primary sources may deal with personal testimony that reflect the speaker’s recollections and interpretations of events. Individual testimony does not necessarily reflect the views of the Memory Project and Historica Canada. 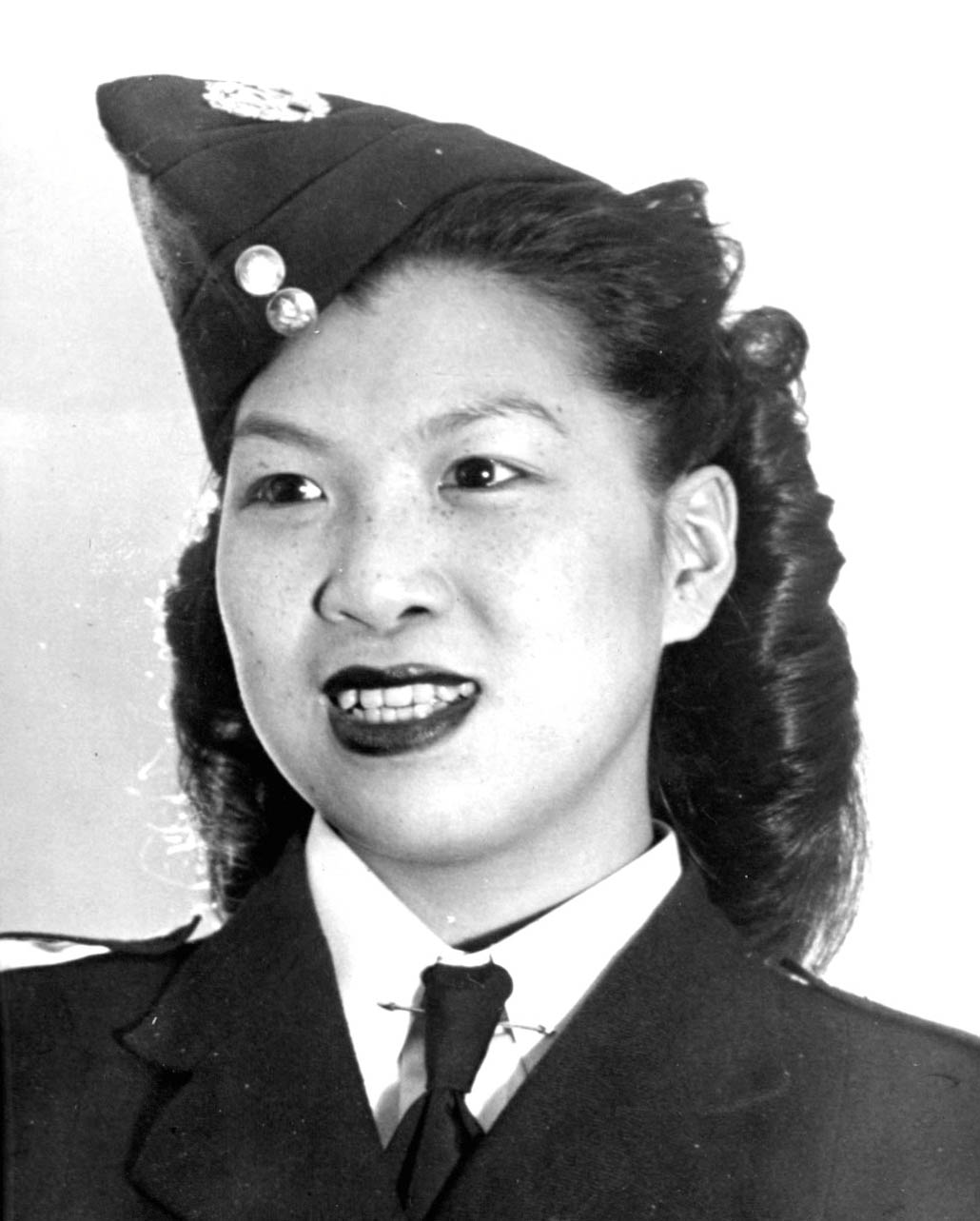 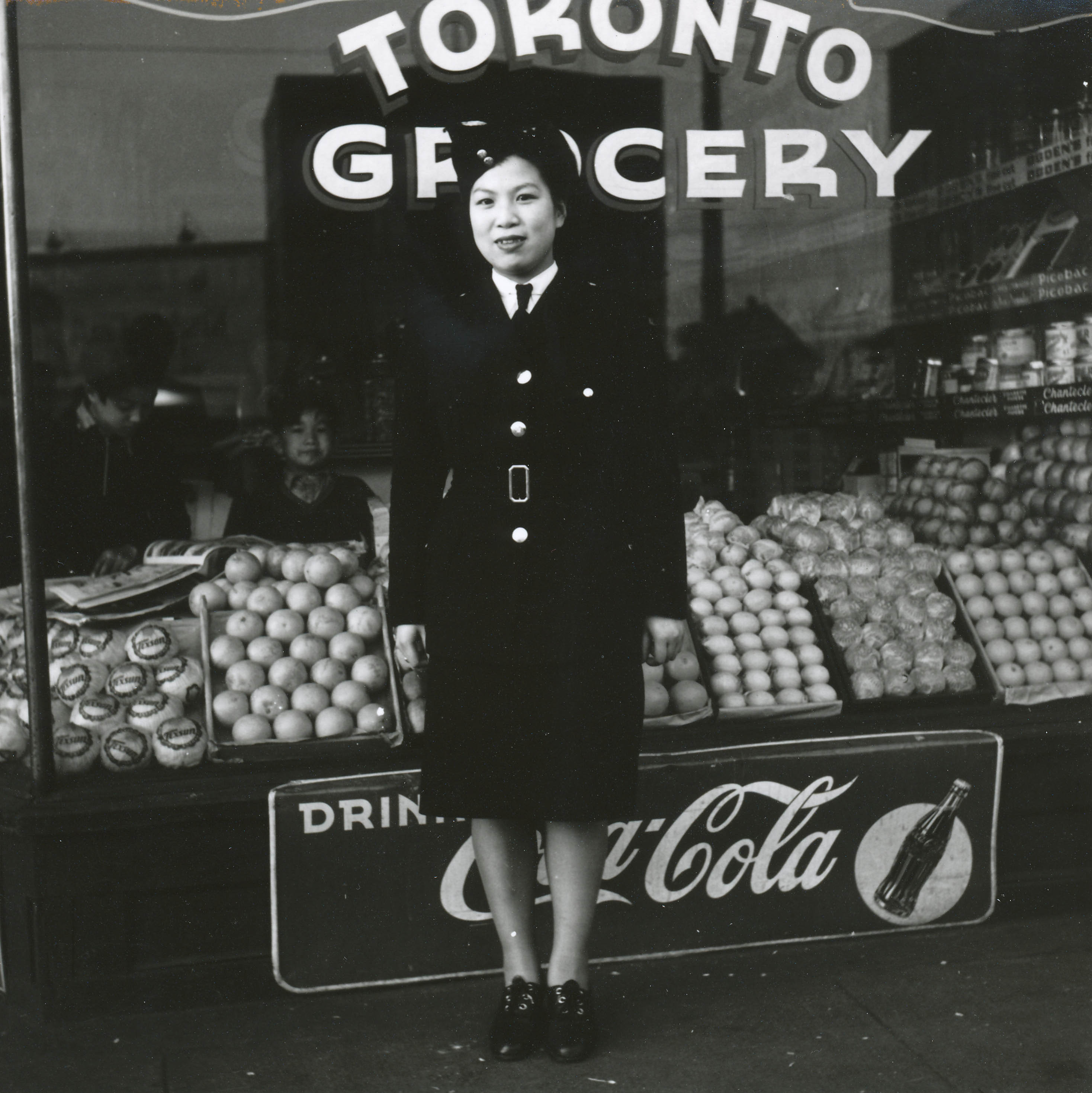 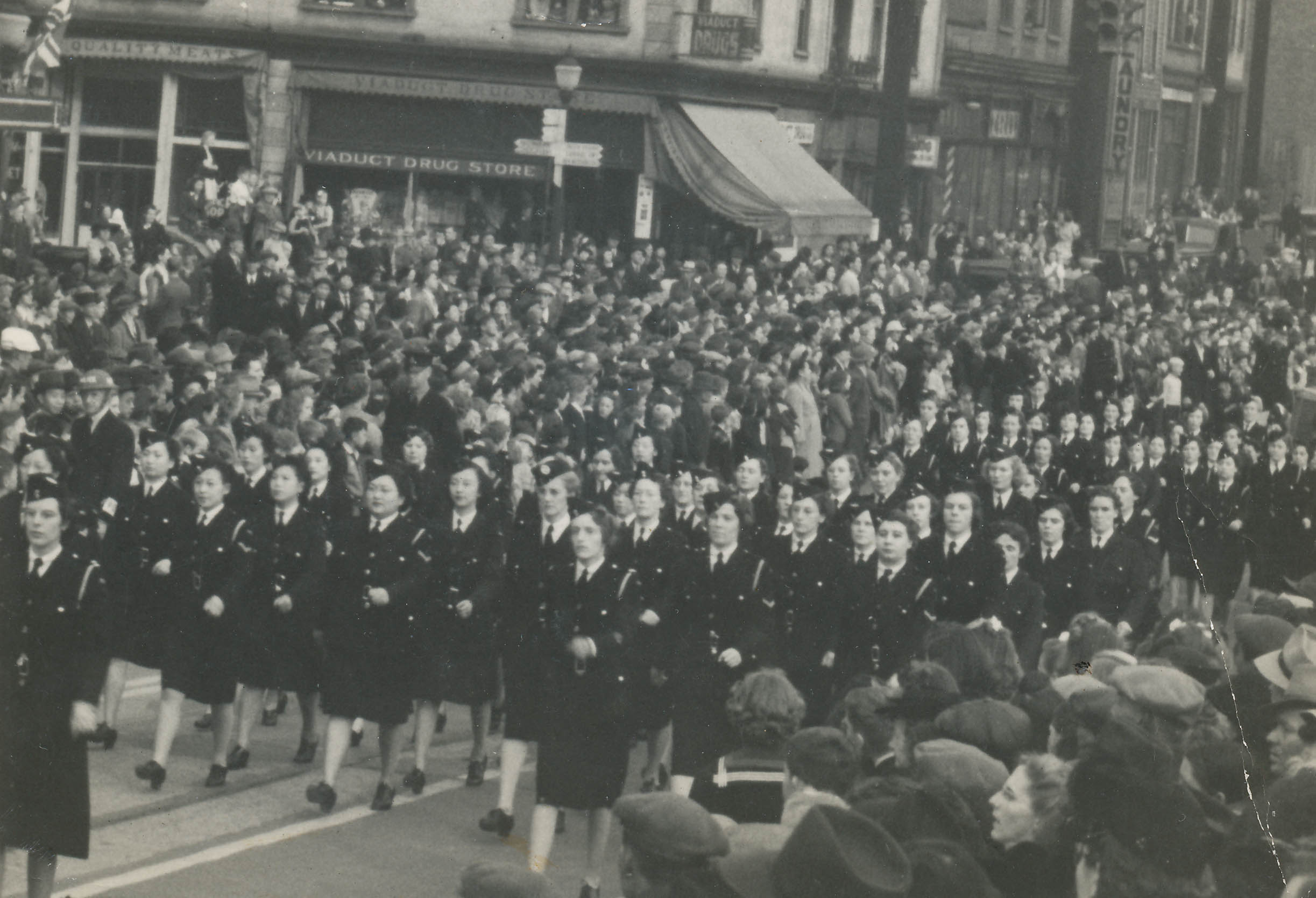 We were told to form an ambulance corps. We were the only Chinese group of 20 that became a platoon in St. John’s Ambulance Corps. We did all the jobs that we would do if there was a war. If there was blackout, we marched our feet off the ground, and we did home nursing. We did first aid and home nursing in St. John. You know, of course, they had that, I got all the certificate. And I did SOS and I did firefighting, stretcher bearer, I did it all.

For some unknown reason, I never felt the prejudice like the people in Vancouver. They wouldn’t let me go here, they wouldn’t let me go there, because they didn’t want to receive you. And it’s true. All down the street they would say, only white help wanted, no Chinese. No Chinese. All they had to have was grocery store, laundry and you know, doing all the menial type. So it was pretty tough. So I think the boys have done a great job doing what they did.

So we were all on the streets, I tell you. It was just like New York, all the papers coming down, and all we could think was, we march up and down Hastings Street [Vancouver]. It was, we were very jubilant. The Chinese people were very discriminated. I remember that they were not even allowed, certain places wouldn’t even hire the Orientals. All they could do was the laundry, groceries, you know, any of the menial type of work. But I didn’t feel it that much because I came from a small town of Prince Rupert [British Columbia] and we had all different nationalities there and we all got along beautifully. And our only enemy at that time we felt was the Japanese because they were fighting China. But I did not feel the discrimination as all the people down here. When I came down here, I felt it more than in Prince Rupert. However, it didn’t bother me as much as a lot of my friends because they said, “We can’t go here, we can’t go there.” I think the young people should understand what our generation went through to give them their rights today. It doesn’t matter whether it’s Chinese, Japanese, Irish, they all went through discrimination here in Canada in those days. And I think the young people should understand it more to appreciate how wonderful Canada really is now.