"I never fired a shot in anger the whole time I was there because we were essentially behind the lines and we’re just repairing stuff."

"I never fired a shot in anger the whole time I was there because we were essentially behind the lines and we’re just repairing stuff." See below for Mr. Mintz's entire testimony. Please be advised that Memory Project primary sources may deal with personal testimony that reflect the speaker’s recollections and interpretations of events. Individual testimony does not necessarily reflect the views of the Memory Project and Historica Canada. 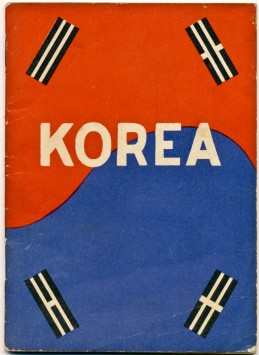 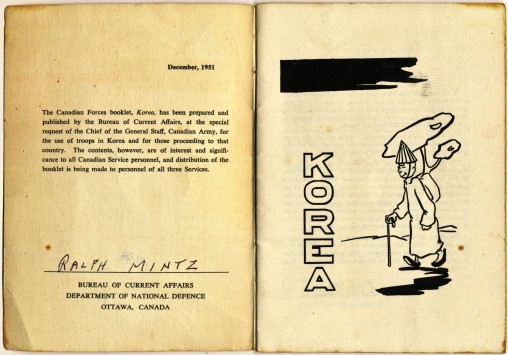 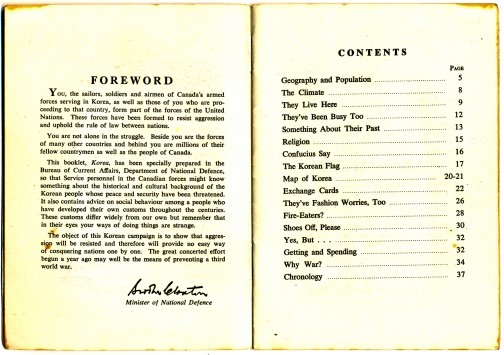 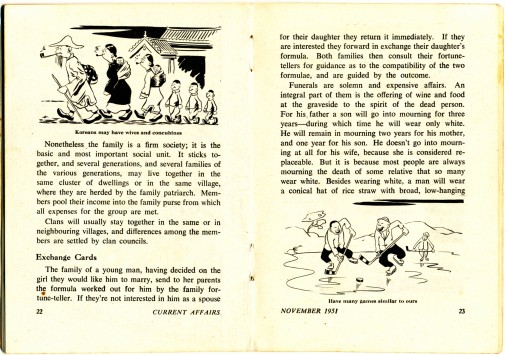 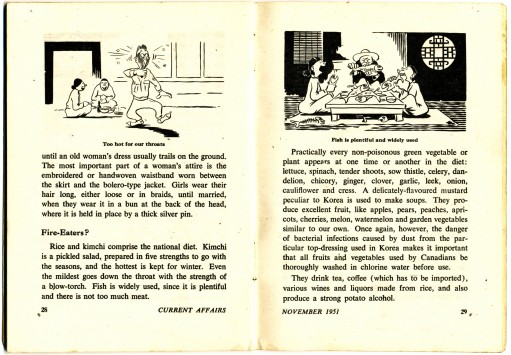 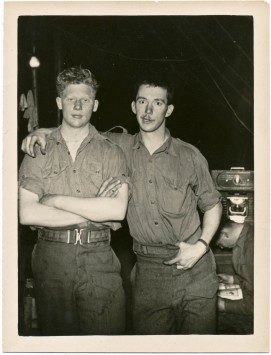 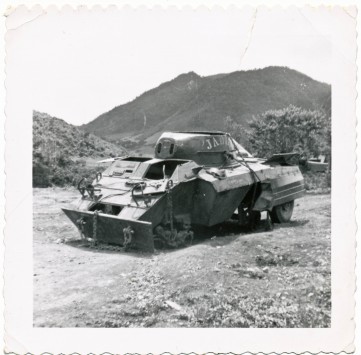 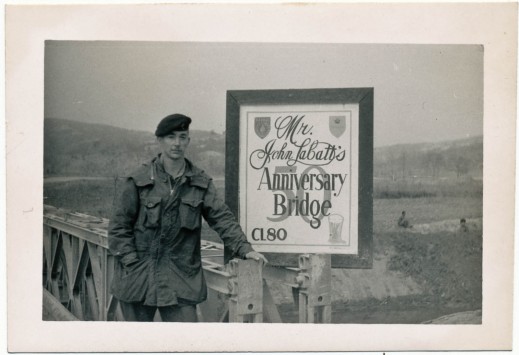 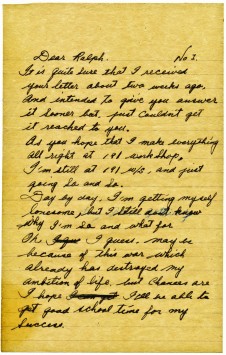 We heard about it on the radio in our barracks on the weekend that Canada was getting into this. And as I said before, I think, I probably would have had trouble showing you where Korea was on the map. I’m pretty sure I heard of it but didn’t know much about it. But anyway, five of us that were in the barracks said, you know, we were looking for some fun, if you could call it fun. Anyway, we went down on Monday morning to the administration office and said we want to volunteer to be attached to the group going to Korea. And they said, “Oh, no, no, no.” He said, “They don’t want to deplete the regular army and there’s all kinds of veterans of the Second World War, they won’t need as much training so we’re going to make up a special force to go to Korea from these veterans. So you guys just go back and do what you’ve been doing.”

But it wasn’t more than a week before myself and another chap, who was also an armourer, and there was no ifs, ands, or buts at that time. He just said, “Well, we can’t find any armourers that are on the loose, so we’re going to loan you to the [Canadian Army] Special Force.”

With RCEME being – it’s all made up of different trades, but, RCEME repaired things. Electrical [and] Mechanical Engineers is what the EME stands for. So we didn’t do any fighting. I never fired a shot in anger the whole time I was there because we were essentially behind the lines and we’re just repairing stuff. And the actual fighting people had their own armourers that repaired their weapons. And my job was with Brigade Headquarters looking after small arms of all the people who weren’t using them to fight with. When you’re in a war zone, everybody has to have a personal weapon. And if your life depends on it, like in the infantry, you pretty well kept your rifle in good shape. But the truck drivers and the cooks and all these other people, everybody had to have a personal weapon, but the drivers tended to just stick them behind the seat and so the weapons that I was working on were usually in terrible shape because they never got used or cleaned. So I would travel around to various places and look after the weapons for the truck drivers and the [Royal Canadian Army] Medical Corps. And if you’re in a war zone, you have to have a personal weapon.

The idea was that I was to inspect all the rifles, all of the guns, actually most were rifles, but there were pistols and machine guns and stuff like that. But I was supposed to cover that, I think, once a month. But there was so many. I worked with a Sergeant Stewart and then he went back home for health reasons and nobody officially replaced him. So I would go into [the city of] Seoul for instance and have to take somebody with me to help because they didn’t like to have one man going by himself. But I would do most of the work because some of these other guys didn’t know anything about guns. I always kept hoping they’d promote me to sergeant but it never happened.

There were soldiers who were based in Seoul. The [Royal Canadian Army] Service Corps which consisted of cooks and mechanics and truck drivers and almost anything that can be done that didn’t involve actually fighting. And they were based in Seoul. And they didn’t have an armourer of their own because they hardly ever had any use for the weapons. They just always had to have one. I would go in and as I said, I’d, the rest of the people there who maybe couldn’t more than a couple hundred yards from the camp, would be sort of vying with each other. I don’t know how they decided, but I just had to have another body with me and I think they may have just rolled the dice or tossed a coin to see who would go.

I could show you some pictures. It looked like a garbage dump. It was just so badly beaten, you see, because after the Chinese got into the act, like, they, the whole North Korean army with the help of the Chinese, moved south and so Seoul, essentially was fought through several times because when the war first started, North Korea had invaded South Korea. The South Koreans, along with some American soldiers pushed them back or American soldiers and Brits at that time, mostly. And they were pushed back through Seoul. So now Seoul has been fought through twice and then the Chinese got into the act and came south through Seoul again. So it really was fought through about three or four times and everything, the buildings were gone. I can remember driving down one of the main streets which at one time had had streetcars and had to drive in the middle of the road because of all the junk around and you know, the streetcars have the overhead trolley with the things and at one point I was driving and something hit the windshield and what it was was a big insulator about as big as a cantaloupe hanging from this streetcar overhead wires exactly at my windshield height. So it was a real mess.

Towards the end of the war, like I came home in April. The peace talks were already started and one of the jobs of the LAD was a huge tow truck and the two guys that went with that were good friends of mine. And the reason for this huge tow truck, they called it a breakdown because the tanks, if something went wrong with them, maybe a shell hit them or something, if it was a total wreck or even if they thought it could be repaired, the breakdowns would go up, these two guys would go up and tow this huge tank back with this big tow truck. And various times, just so I could get a look at the front, I would go up with them.

It was getting towards the time when the peace talks were started so nobody wanted to irritate the enemy and I guess they felt the same. But there would be times, you know, and you’d mostly would be along on a ridge or something and then in the valley there was all kinds of barbed wire with alarms on it and stuff like that. I can remember one night I was up near the front spending the night and in the middle of the night, everything broke loose, everybody thought the enemy was attacking and there were flares going up and everything, and a lot of rifle fire fired down into the valley and what happened is in the morning when daylight came, we realized that all that happened was somehow a cow got down into that area and was setting off all the alarms and they thought we were being invaded.

When we came home, you know, you weren’t a war veteran. They gave you no credit of anything at all. When I was teaching, I can remember that a thing came out that said, if you have active service with the Canadian Army, there was a time when we had more teachers than they needed, and they said if you had any time with the, in the Canadian Army, active service, then you could purchase that time as if you were working here and paying it towards your pension and you’d be able to retire earlier.

So I got all my stuff together and sent it in and I got a letter back that’s still in my file some place. It says, “The Korean War was not a war, it was a police action. Canada never declared war on Korea.” So they just turned me down. I did find out who wrote the letter to me and I think her ears burned a bit because I really laid into her and said if it wasn’t a war, there were a lot of Canadians killed. And I said, they thought it was a war.