"A knock came on the door and it was my station commander who said, 'Ray, I’m sorry to tell you this, but your friend has not returned, will you please repack his luggage so we can send it back to his wife in Canada."

"A knock came on the door and it was my station commander who said, 'Ray, I’m sorry to tell you this, but your friend has not returned, will you please repack his luggage so we can send it back to his wife in Canada." See below for Mr. Gauvreau's entire testimony. Please be advised that Memory Project primary sources may deal with personal testimony that reflect the speaker’s recollections and interpretations of events. Individual testimony does not necessarily reflect the views of the Memory Project and Historica Canada. 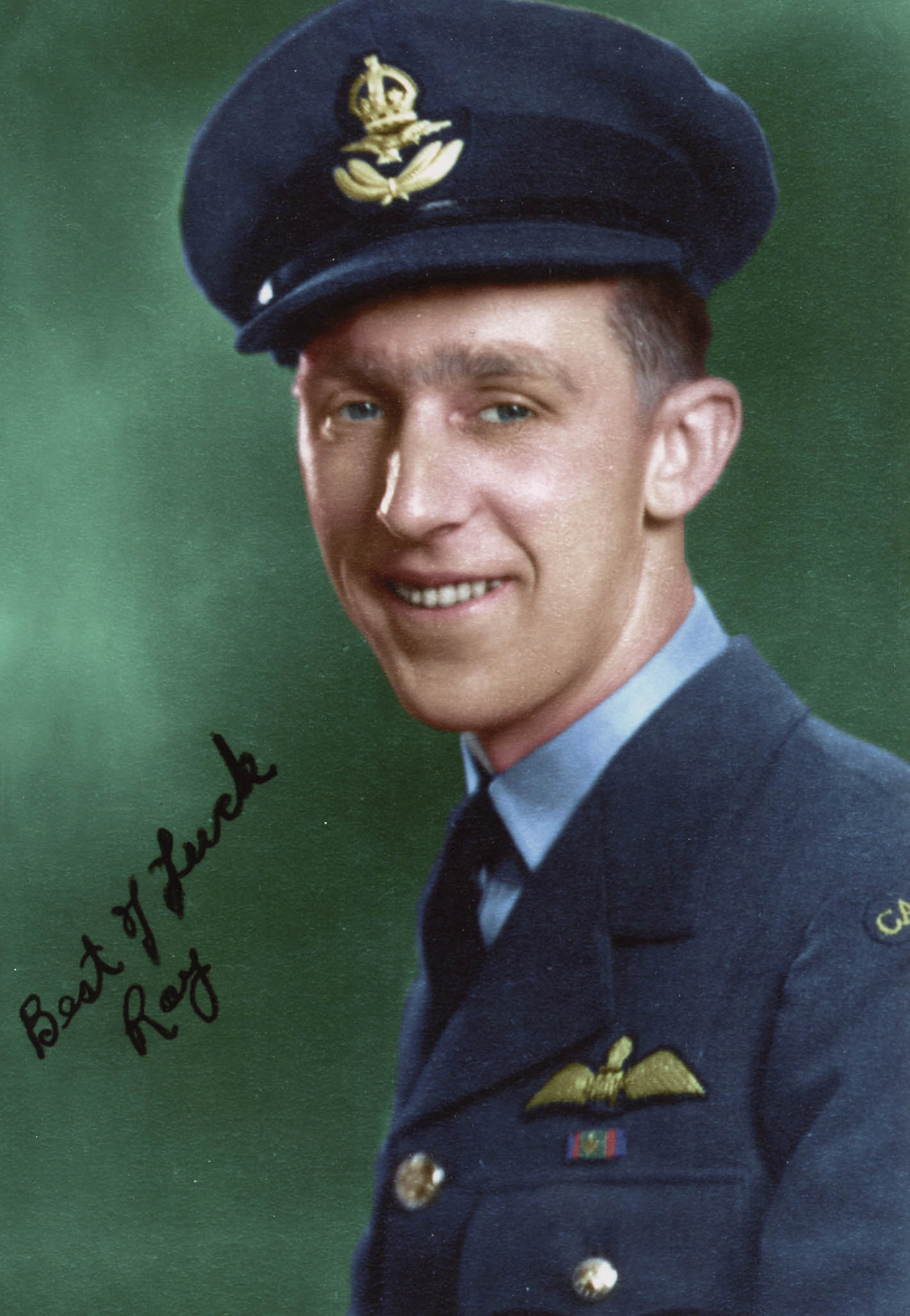 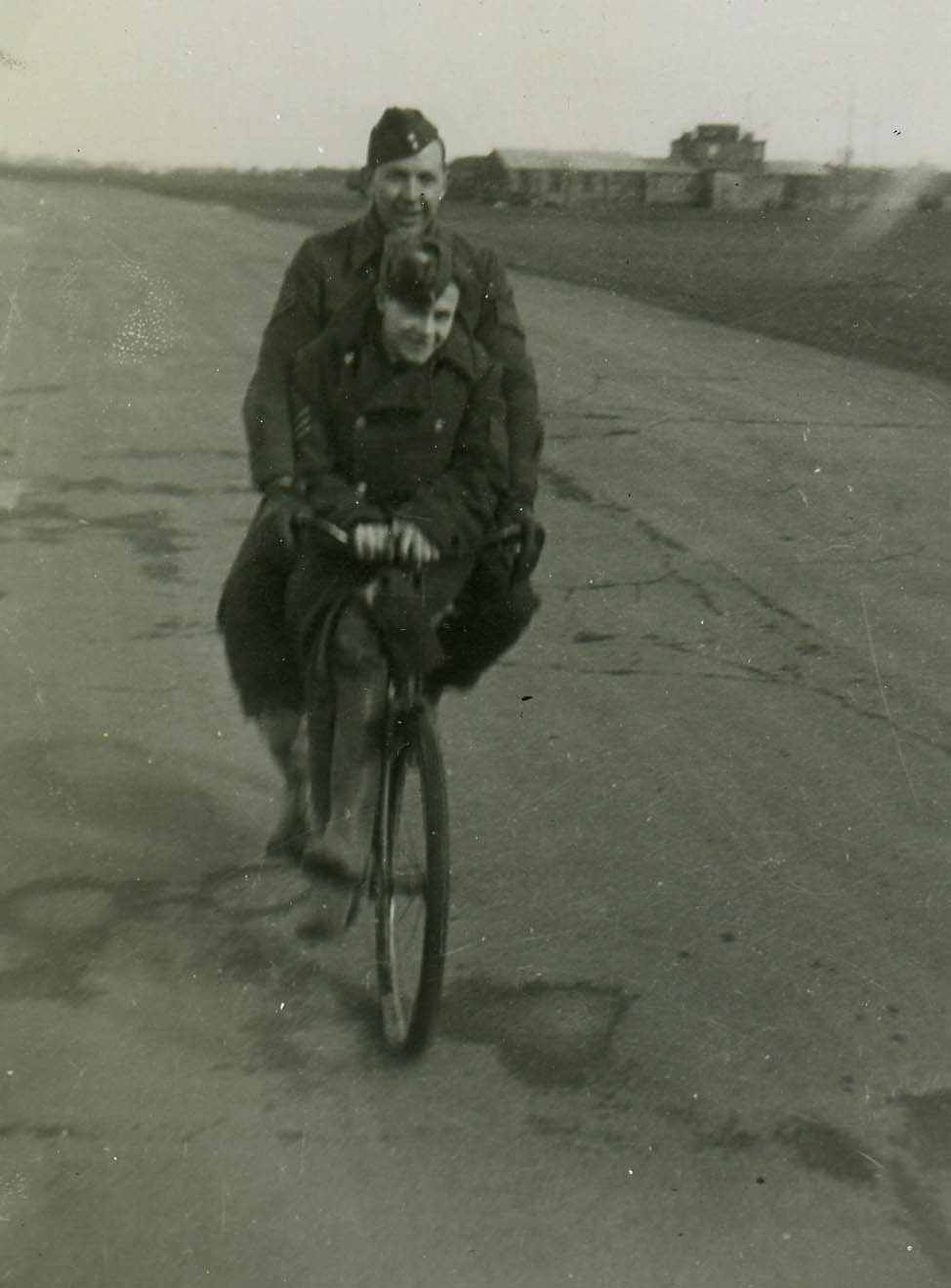 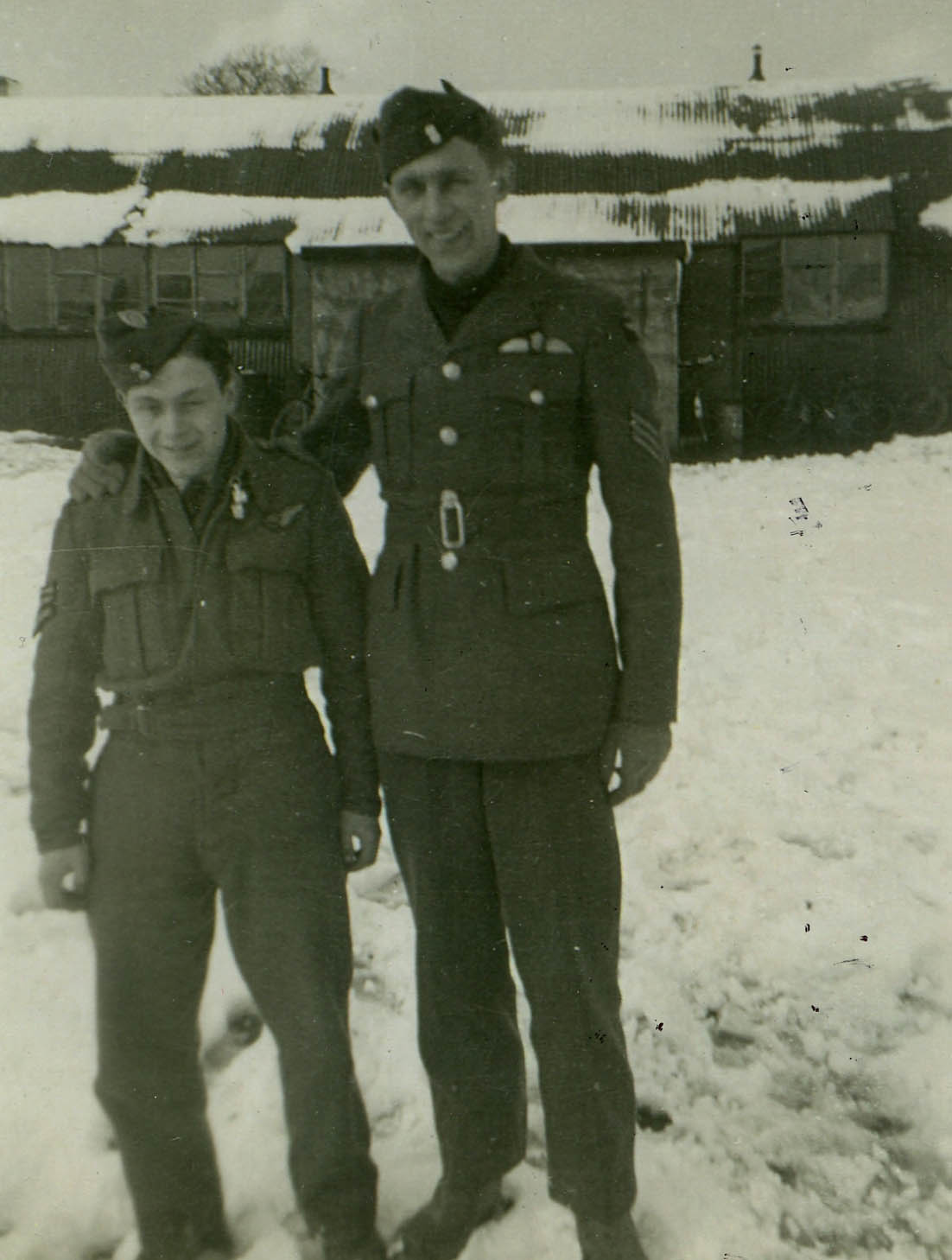 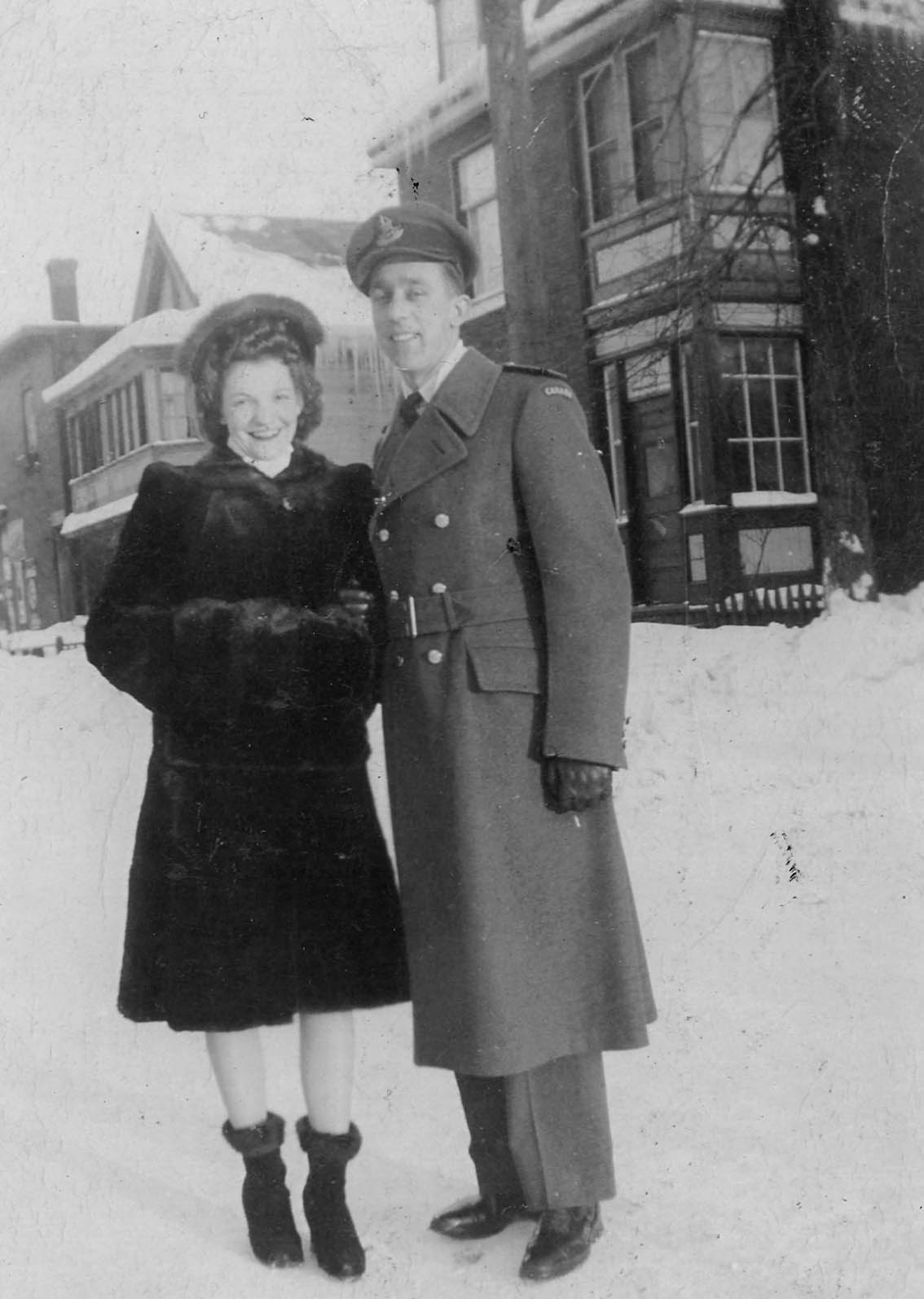 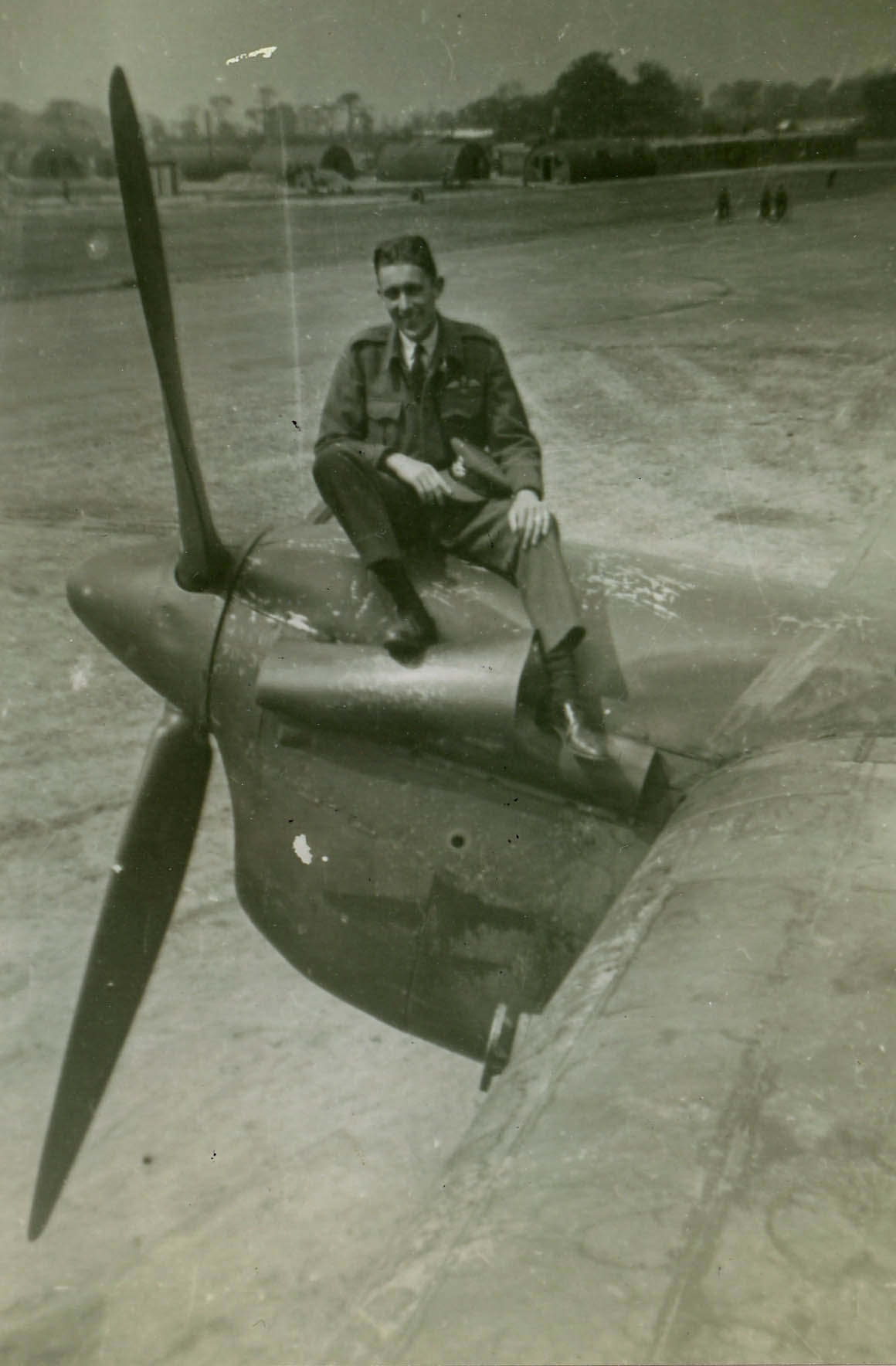 I served with the [No.] 626 Squadron [Royal Air Force] in England, from an airport called [RAF] Wickenby. I started right into the [Avro] Lancasters [heavy bombers].

They sent me to a station in central England where they had a variety of every crew member imaginable, from gunners to navigators, but not pilots. I was sent to that station with a date at a certain point to pick out six men to join me as my crew members.

I was completely in the dark about what it involved, but when I got to it, I got to this big building and opened the door and it looked like I was entering a huge double gymnasium, loaded with people who were all aircrew members of different stations in an aircraft, from a tail gunner to a navigator. I immediately closed the door and stood back, and said, I’ve got to go in there and pick out six men, and I don’t know a soul? There was nobody to talk to. I was all by myself. I finally said a prayer, and I said, "Lord, help me to do this." I walked in and before I could even close the door, there was a great big guy stood in front of me and says, "my name is George McIntosh from [Fort] MacLeod, Alberta, I’m a navigator and I’d like to join your crew, will you take me on?" I says, "you bet, George, shake hands." And as we were shaking hands, five more men came walking right over, and I signed all of them on; and that became my crew. Oh, one other Canadian was John Halliday from Welland, Ontario and the rest were British chaps from a variety of places in England.

After I had completed six trips, my first six trips, a young pilot came to my billet; and he was allocated the extra bed that I had in that particular billet. And since he was just starting off his trips - that night he was going to have his first trip while I was having my eighth: it was my eighth trip; it was his first trip - I got acquainted with him and helped him to unpack his luggage, and so forth. He took a photograph and put it on the table between our beds; and it was a picture of his wife and his one-year-old daughter back home in Winnipeg.

And, however, we went to the flights later on and got ready for my usual bombing trip; and when I got back, about 2:30 in the morning, he hadn’t yet arrived. So I stretched out on the bed and waited for him, so we could talk over what happened. A short time later, a knock came on the door and it was my station commander who said, "Ray, I’m sorry to tell you this, but your friend has not returned, will you please repack his luggage so we can send it back to his wife in Canada." It left me with real sad memories thinking about my wife whom I married just two weeks before I left for overseas.