"The carnage, the wreckage, the stench, the dead bodies, human and animal: it was unreal."

"The carnage, the wreckage, the stench, the dead bodies, human and animal: it was unreal." See below for Mr. Myers' entire testimony. Please be advised that Memory Project primary sources may deal with personal testimony that reflect the speaker’s recollections and interpretations of events. Individual testimony does not necessarily reflect the views of the Memory Project and Historica Canada. 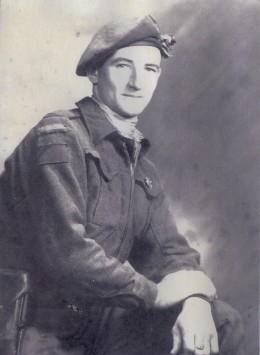 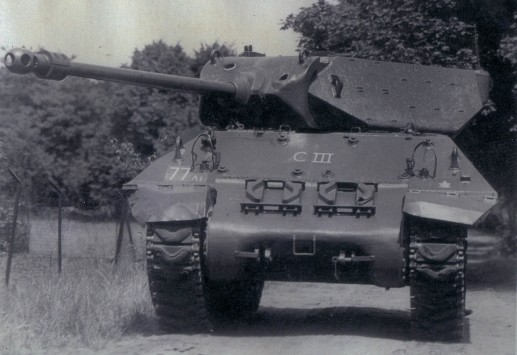 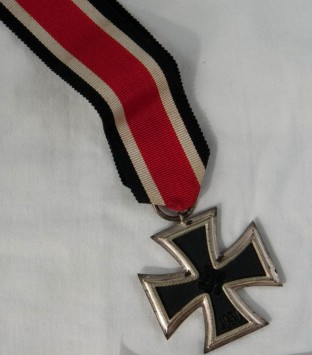 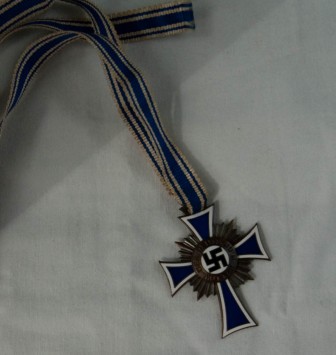 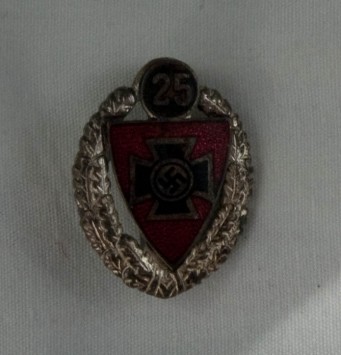 Well, we arrived at the beaches of Normandy there, close proximity to where D-Day [the Allied Normandy landings of June 6, 1944] happened a short time previous. The landing craft that we were on, they lowered the ramps from it down to floating [Mulberry] docks that we had to go down over with our 32 tonne tanks and things would be bobbing up down quite precariously. But we had to get them all ashore. And we moved inland. This is when I saw my first dead German soldiers. There was three of them there beside the steps of a house, piled three, one on top of another, and there was big chunks of pork hanging out of their uniform pockets, so it tells you that they must have had some pretty hard lines. And eventually we were moving inland into Normandy; and we took over from a British unit known as the British Desert Rats [British 7thArmoured Division]. And they had fought in North Africa under [British Field Marshal Bernard] Montgomery and they fought against the German general, [Field Marshal Erwin] Rommel. As we pulled up there, we looking out over the top of our tanks, like from the turret; and said to some of the guys, what are you digging for? And the reply came back, you’ll soon find out. And all this time now, we’re in the midst of 24-7 ammunition going off and guns firing and tracer bullets flying through the air everywhere and this. And when they said, when the English guys said, you’ll soon find out, we sure found out in a hurry that the shovel became almost as important as your rifle. You know what we were using it for, digging a hole for safety and whatnot. And the shelling and the ammunition and the noise, it was relentless. And there was quite a thing going on up overhead; and we learned that it was the big shells being fired inland from the warships in the English Channel. And some of them, they said that somebody made a comment, they sounded like freight trains flying through the air. It’s just some of the things that’s in your mind, you don’t forget them, you know. Anyway, it was chaotic from then on, all our way going across Normandy. There was a lot of German tanks that were deadly; they had the deadly 88 mm gun [German anti-tank gun] and there was a lot of tanks being knocked out. The Allies had quite the arsenal of planes and whatnot. Anyway, there was one group of planes called the [Hawker] Typhoons [fighter-bomber aircraft], which we named them the Tiffies. And they were rocket firing; and they saved a lot of us by coming over rocket firing and pinpointing the German tanks, and knocking them out ahead of us. And it was a very relieving situation to observe this. Talk about side shows or whatever, fireworks, there could never be anything better than that episode in Normandy. Anyway, as time went on, I guess we were heading towards Caen, that was a major point in France. The city had been bombed quite heavily by our planes and by this time, we were joining in with, see, I was with the 4th[Canadian] Armoured Division, an heavy tank outfit [5thAnti-Tank Regiment, Royal Canadian Artillery], and all this equipment that went ashore following D-Day; we were catching up and becoming a mighty force. And which ended up being the battle of the closing of the Falaise Gap. And involved in this, there were Americans, British, Canadians, and there was a Polish regiment. And the Polish regiment was made up and was quite similar to the 4thArmoured Division. They had pretty much the same armament. And anyway, and then the battle for the closing of the Falaise Gap and the destruction of the German 7thArmy was taking place. Our planes were still coming over in bombing missions, mainly the Germans, but there was a mistake made and they, today it’s called friendly fire, but then, I don’t know what it was called then, but we were being bombed by our own planes. The Polish division was off to our left and I can still see the dirt bursting and flying up from those bombs that were being dropped. And we got off fairly lucky, but the Poles took a tremendous beating and, of course, so did the Germans. And we smashed that force of the Germans, which was very important to becoming gradually the end of the war. Anyway, after all was said and done there, after all this action, we picked up enough memories to last a lifetime. Just to see what had happened and taken place. The carnage, the wreckage, the stench, the dead bodies, human and animal: it was unreal. My mind will always be sort of disrupted from that because it never goes away.