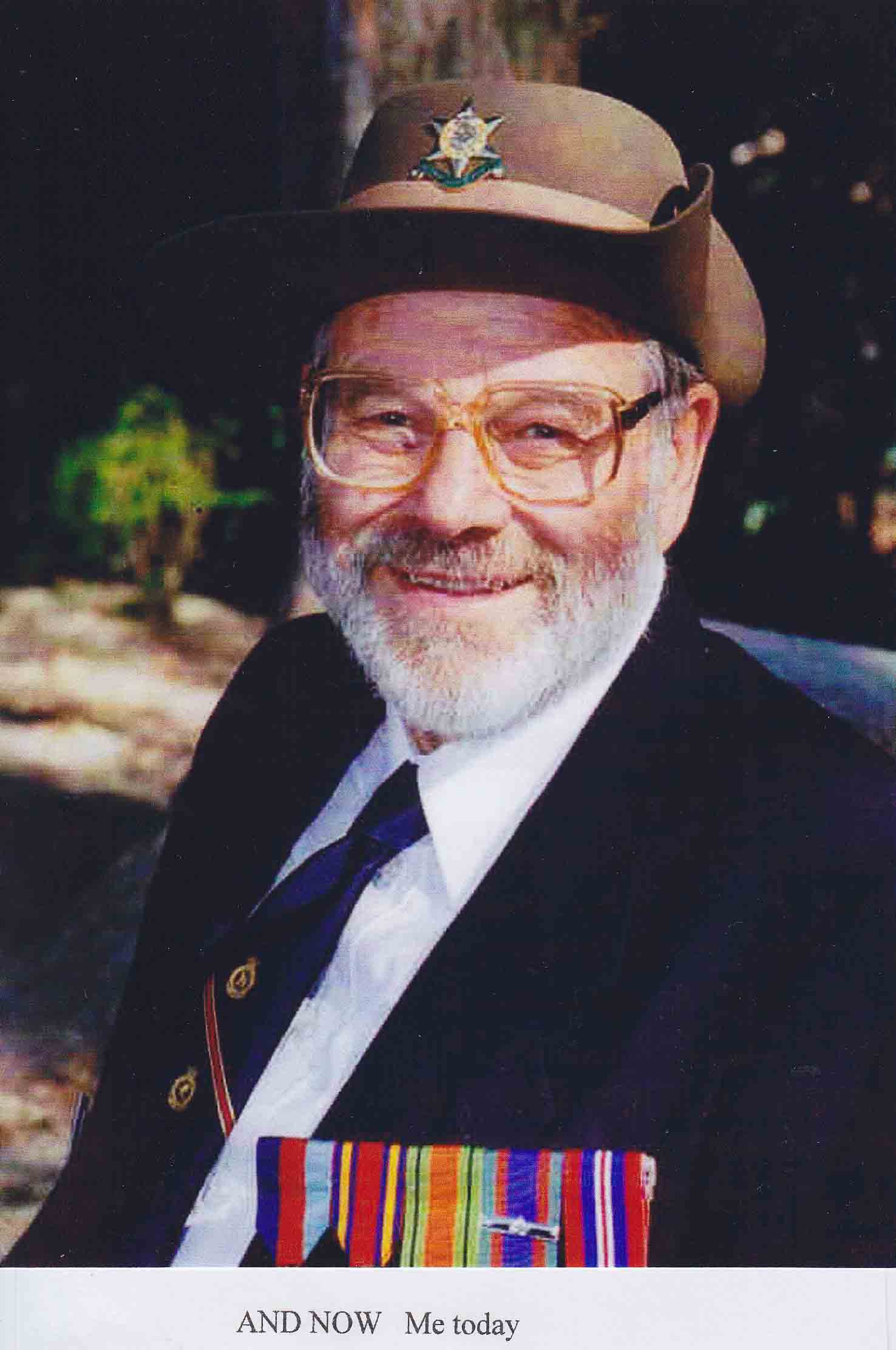 Photo of Bob Farquharson, January 1995. Taken in Burma by Vic Johnston, editor of Airforce magazine.(Courtesy of The Memory Project/Bob Farquharson)

"It was going down, that’s all there was to it. The climb and glide indicator was spinning around, the altimeter was just falling away, and we knew nothing but mountains beneath us, we didn’t know how far they were"

I’m Robert Farquharson. I was born in Alberta in 1923, and I started my army experience, well, by joining the militia in my hometown when I was 17 years old. Delia, Alberta, a little town near Drumheller, in the dinosaur country.

I worked in the Orderly Room and I read the Canadian Army Routine Orders that came through and I saw, at one point, they said that the Canadian army was allowing 12 soldiers per month to transfer to the RCAF for air crew.

You know, there are no roads that join India to Burma. In fact there were no roads really at that time that joined any country to Burma. It was completely a mountain-locked country. There was one road – that was the one that went into China, called the Burma Road, but the Japanese controlled that. So there was no way to get supplies to the army, the Allied army, that was fighting the Japanese, except to fly them to them, so that’s what we did.

To make a drop, you have to fly around, the aircraft as “low and slow”– maybe 300 feet above the ground. The kickers in the back piled the doorway with as many sacks of rice, or whatever we were dropping. And we dropped absolutely everything. I’ve even dropped a crate of eggs packed in straw in a wicker basket, a big wicker basket. Now mind you, eggs we always dropped with a parachute. And the gasoline we dropped with a parachute. But rice was free-dropped, called “slack packed-double sacked.” It was packed slack, in a big hessian sack, and another sack over that, and so that it was slack so that it didn’t burst immediately when it hit. In fact it bounced and skipped along quite a ways before it came to rest.

And then we dropped absolutely everything. If somebody at the front had lost his eyeglasses or his false teeth, we flew in false teeth and eyeglasses. We flew in ammunition, clothing, rations – all rations, petrol, barbed wire, spare parts for their vehicles. We flew in everything that the army needed. Because it was the only way to get what they needed.

The Air Force always tells you DO NOT fly into a cumulonimbus cloud. They are usually about 40,000 feet tall and they’re roiling inside with turbulence of up to 100 miles an hour, winds of 100 miles an hour inside them, going up and down and everywhere. But, you know, when the whole sky is full of cloud. We used to say that meant it was 10/10ths cloud with intermingled mountain tops. There was just no way you could avoid it. I don’t know of any pilot on a DC-3 on those runs that we were running who hasn’t gotten into a cumulonimbus cloud whether you were supposed to or not. I’ve seen one that came home with the main plane, or the tail plane, cocked to about a 15-degree angle to the main plane, because the fuselage was twisted by a cumulonimbus cloud. The ferring strips, that sort of smoothed the joint where the wings joined the fuselage, had been torn off in the cumulonimbus cloud. And of course, we lost another three kites that just went out and were never seen again because they got caught in a cumulonimbus. When I was caught in one. We were just poking this way and that way, trying to find – we were in cloud all around and all of it was looking pretty black, and what you’d do is just hide, head for the lightest looking part of the sky that you could see and try to get ahead through that. Then you’d get into it and find it closing in behind you, just blackness ahead of you and blackness behind you. And so sooner or later you’d get into it. We were started up, it was tossing us down. There’s nothing you could do, nothing I could do, to change the position of the aircraft. It was going down, that’s all there was to it. The climb and glide indicator was spinning around, the altimeter was just falling away, and we knew nothing but mountains beneath us, we didn’t know how far they were and down and down we went at about 3000 feet a minute.

My navi...second pilot and I, both of us with our feet on the dashboard and our hands on the wheel, pulling to try and pull the wheel back and get out of the dive. We couldn’t move it, as though the controls were welded. And then all of a sudden it started going up again. We got into a bit of turbulence where it reversed and we were going up at the same rate and finally we broke through at the top and we could see little bits of lightness here and there and we headed for the lighter spot and finally got out of it. And by the time we got out of it, I felt all the time we were in there I was fighting it, you know, I was determined that I was going to win over this villain that was out to get me. When we got out of it, my feet were shaking, my knees were shaking, on the rudder pedals. I told the second pilot to take us home. But that’s the sort of experience that the monsoon clouds brought to everybody up there, when you had to fly no matter what.