"We had 3 units in our Commando of 28 men each. And we trained purposely for Operation Overlord."

"We had 3 units in our Commando of 28 men each. And we trained purposely for Operation Overlord." See below for Mr. Newell's entire testimony. Please be advised that Memory Project primary sources may deal with personal testimony that reflect the speaker’s recollections and interpretations of events. Individual testimony does not necessarily reflect the views of the Memory Project and Historica Canada. 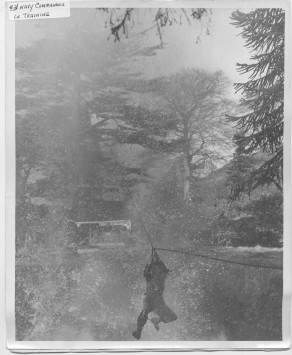 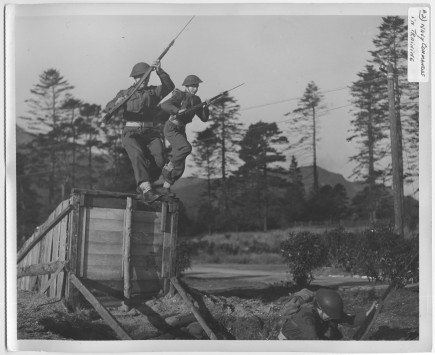 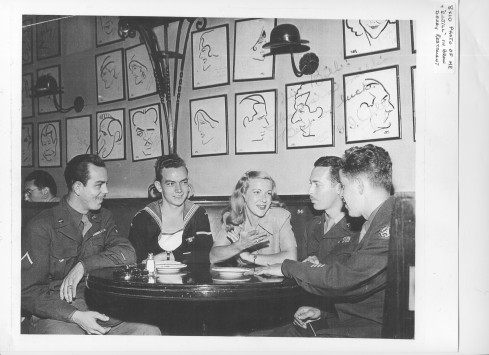 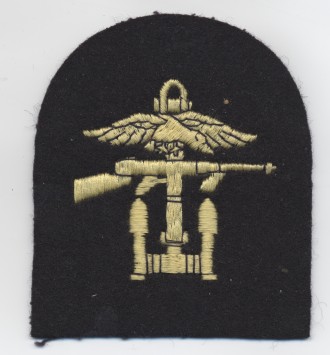 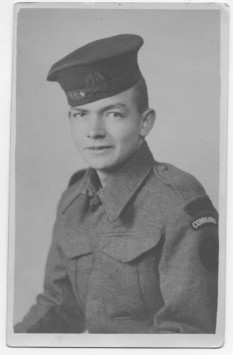 The Beach Commando Unit, we were identified alphabetically, whereas the Marine and Army Commando Units were identified numerically. We had 3 units in our Commando of 28 men each. And we trained purposely for Operation Overlord which was the Normandy invasion. The three units worked independently but in coordination with each other. The Beach Commandos were part of combined operations commanded by Lord Louis Mountbatten. The basic responsibility of a Beach Commando was to go into a landing site, under cover of darkness, ahead of the assault troops, for purposes of securing the beach area and signaling out to sea to inform the landing craft and the other landing troops of the conditions for landing various elements of the assault. These conditions might include anti-tank barriers, barbed wire or any other obstacles that might interfere with their landing. Our training program for this work began with six months of very arduous basic training in the hills of Scotland, comprising of tough obstacle courses, using live ammunition, lots of unarmed combat training, long course marches, night beach landings, and three- and four-day skiings in the hills. Those that survived the basic training -and, the reason I mention that is that there were 15% casualties, during the basic training alone- we moved onto specialty training in England, which included tank angling with Canadian armoured regiments, dispatch riding on Norton and Harley-Davison motorcycles, operating flame throwers, chemical warfare studying, sniper training, demolition and booby traps, anti-aircraft defence and training on assault weapons. Our final base of operations was at HMS Vectis where we sharpened up our skills in readiness for Operation Neptune, which was the sea borne phase of Operation Overlord.

We hit the beach as a relief unit to British Royal Navy Commando Unit P. And we took over the Red Beach Mike Sector of Juno Beach from them. And, they had secured the beach, by the time we got there, subject to considerable shelling up and down Juno. And also the dusk and dawn enemy aircraft flights over for bombing and strafing. There was a good deal of wreckage. There was a breakwater about a mile and a half off the beach created out of sunken ships, and there was still lots of fatalities in the water when we went in. But, essentially, our job was to take control of the beach and do everything we could to ensure that the assault went okay.