"Well, not bragging, but we were better cooks because we had the quality food. I said it was quality food made us better cooks." See below for Mr. White's entire testimony. Please be advised that Memory Project primary sources may deal with personal testimony that reflect the speaker’s recollections and interpretations of events. Individual testimony does not necessarily reflect the views of the Memory Project and Historica Canada. 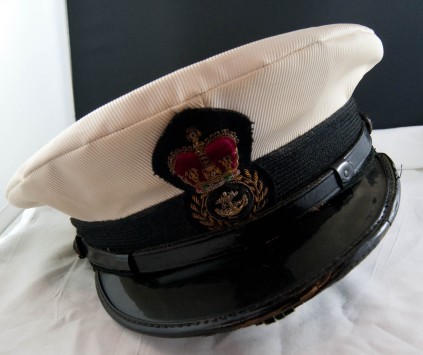 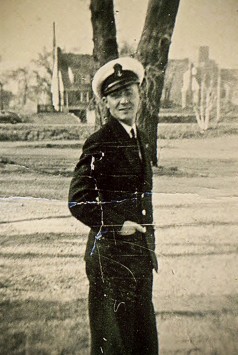 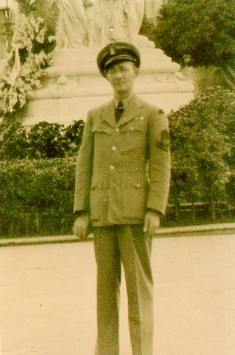 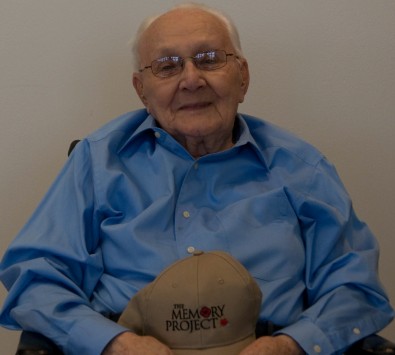 I liked to cook. I made good pastry. My pies were good, without bragging. I learned from a good man. His name was Norman Dodds. He was my first [senior rank] and he wouldn’t let me go to sea. He kept in Admiralty House for about four years.

I skipped basic training. Can’t be spared, can’t be spared. Old Norm, he had friends in high places and can’t spare him, can’t spare him. I guess I was indispensable, and didn’t know it. [laughs] My galley wasn’t half the size of this room. I could touch all four walls standing in the centre. I was an officers’ cook and then everything changed. It went permanent ship’s company, everybody ate alike. We had a soup or juice, a main course, a potato, two vegetables, a dessert and a savoury, which was a cheese dish. Savoury dish was just like toast with cheese and a bit of bacon chopped in it, whatever. As long as it had cheese in it, it was called a savoury. The airmen, they were ill fed, we might say. And they didn’t have as good a cooks as the Canadian navy did. And if we came alongside, they used to come over for a good meal because, well, not bragging, but we were better cooks because we had the quality food. I said it was quality food made us better cooks.

We were back aft and the stern of the ship used to wave like a tail up and down, flip flop. I never lost too many meals, but it was too rough; and I used to go forward to the main galley and get enough to feed, I fed 12 officers. And this one time when I was coming back, a wave come across the midships [middle of the ship] and that food is still going, I was still holding on. I never let anybody know I couldn’t swim. I used to get somebody to take my tests for me. I cheated.

I like rum and coke, well mixed. I could never take it straight. Some could take their, (noise), throw it back. I could not do that. I had to, I was a sissy when it comes to that; I had it well mixed with coke. I didn’t drink all my rum. I saved it in a bottle, which was against the rules. I used to take it home and enjoy it at home. Two and half ounces in a cup or a glass, whatever you took up, the coxswain [crew member in charge of the ship] used to pour it in and over your glass; and he always give you overflow, it was called spillers. You got more than two and a half ounces. As a petty officer, I didn’t have to drink it there. I could drink it in my mess. Seamen used to have to take a drink, God bless her, the Queen, God bless her, and down it. Tear the throat out of you.