"Young men do not like to show their fear. They have it, but they keep it within them as much as they possibly can"

"Young men do not like to show their fear. They have it, but they keep it within them as much as they possibly can" See below for Mr. Coward's entire testimony. Please be advised that Memory Project primary sources may deal with personal testimony that reflect the speaker’s recollections and interpretations of events. Individual testimony does not necessarily reflect the views of the Memory Project and Historica Canada. 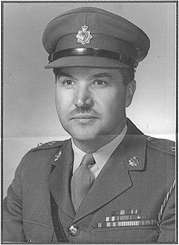 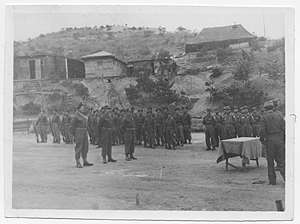 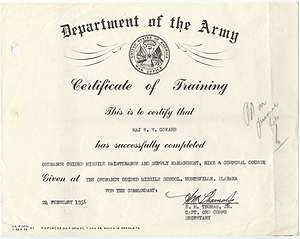 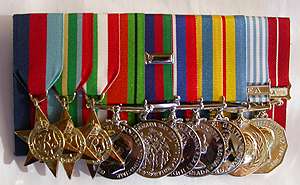 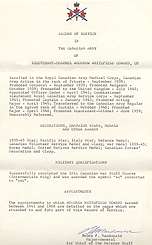 I am Lieutenant-Colonel Woodrow W. Coward. I served in World War II in London, England, during the Battle of Britain, then in Italy, then, of course, peacekeeping in Korea in 1953-54. My introduction to real war was during the Battle of Britain. The air raid sirens go, and then you hear the clump of the bombs as they come down and land. And then, of course, after the clump of the bombs, the distinctive sounds of the fire vehicles and the ambulances. Young men do not like to show their fear. They have it, but they keep it within them as much as they possibly can. I think I was, in some respects, ashamed of my fear. But I looked around me and I saw thousands of other people who were subjected to the same threats and were dealing with it. And I said, well, if they can, so can you. Then, as time went on, the Cold War was upon us, and we had to deal with the possibility of nuclear weapons being used on the battlefield. The Canadian Forces went into a series of survival exercises and I had a role there, where I was going into the bunker to organize the transportation services for Canada. During that period, my family - I was located in Ottawa, that's where I was stationed at the time - they were on a hilltop someplace, theoretically, being fried. And I found that very incongruous, that I was quite safe in a bunker while my family were exposed. I happened to be on duty in Ottawa in the Ops Centre in 1962 when the Cuban Missile Crisis was on. And I don't think the world realized that we were within twenty minutes of a nuclear exchange at that time. I took an early retirement from the Armed Forces in '67, and thirteen years later I participated in the formation of an organization known as VANA - Veterans Against Nuclear Arms. The Chinese would call it a "fan chen", a 180-degree reversal. As an army officer, I was primarily a reactionary. By 1967, my family had rejected much of the values and the philosophies which I had held. They insisted that if I had to keep my mind open I had to look at other things than just the right of centre. I value my medals and campaign stars as they are my credentials when I appear in public at peace demonstrations, or speak to young people at schools and colleges. I wear them at such demonstrations and events to show the public and my audiences that I have seen war and know what it is about from personal experience, not from viewing sanitized TV, so-called news coverage. Mostly the memories which came back to me are not the sounds and the sights, but the smells: the smell of diesel exhaust from the tanks as we made our way up the spine of Italy is one smell that stays with me; the smell of cordite as we passed near heavy artillery sites soon after a barrage; the choking sweet-sickly smell of dead tank crews in burnt-out tanks in Italy; the distinctive smell of dead farm animals and tote-mules in the river valleys of Italy; the offensive odour of dead soldiers in Okinawa as I followed a truck of casualties being transported to the US embalming unit in the rear area. I had shoved these deep into my dead files. However, I'm afraid they've all come up again.