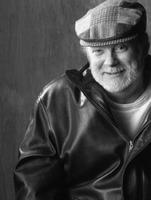 Neil Munro, actor, director, playwright (b at Musselburgh, Scotland 1 Jan 1947, d at London, Ont 13 July 2009). Neil Munro emigrated to Canada with his parents when he was 9 years old and enrolled in the National Theatre School in Montréal in 1964. He made his professional stage debut in Montréal in the 1967 Centaur Theatre production of Awake and Sing!, but his most notable role was that of Hamlet in the National Arts Centre's touring production. He performed at the Citadel Theatre, Theatre Calgary, the Tarragon Theatre, and at the Stratford Festival before he began directing at the Shaw Festival.

During a production of Waiting for Godot in 1986 he succumbed to stage fright, and stopped acting on stage. He did, however, appear in the title role in the film Beethoven Lives Upstairs (1992), which garnered him a Gemini Award nomination for best actor. He was seen in the films The Jonah Look and Dancing in the Dark, and in television series. He also voiced parts in CBC radio dramas, among them the starring role in The Investigations of Quentin Nickles.

His first play, Bob's Kingdom, a caustic comedy about the last thoughts of a dying man, was produced in 1986 by the Factory Theatre and earned him a Dora Award for best new playwright. In 1991 he wrote and directed Hamlet's Room, a media-age version of Shakespeare's tragedy set in a teenager's bedroom, an original deconstruction that earned him a Dora Award for direction. That year he was named resident director of the Shaw Festival in Niagara-on-the-Lake, Ont.

Known for his detailed preparation, Neil Munro was renowned for his incisive direction. A first-rate revivalist and iconoclast, he counted among his many directing credits the North American premiere of Lord of the Flies (2000), the acclaimed six-hour production of Man and Superman (2004), a radical reinterpretation of Saint Joan (1993) set in the present and a deconstructionist Misalliance (2003). He directed the Shaw Festival's revelatory series of 7 plays by Shaw's contemporary Harley Granville Barker from 1988 to 2002. He was especially known for his facility in directing large-cast American plays like Counsellor-at-Law (1992), The Front Page (1994), You Can't Take It with You (1998), The Man Who Came to Dinner (2001) and Detective Story (2002).

As an actor he won 2 ACTRA awards, one in 1986 for Lord Byron's Pilgrimage, the other in 1988 for the CBC radio drama The Red Fox. His play, Extreme Close Up, was nominated for a Chalmers Award.

Shaw Festival artistic director Jackie Maxwell summarized Munro's abilities very well when she said, "As a director he had a vision that was unique - blending extraordinarily detailed preparation with brilliant and at times outrageous ideas, always in the service of illuminating and revitalizing each play."