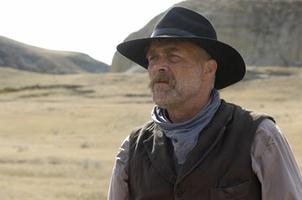 Nicholas Campbell won a Gemini Award for his portrayal of Shorty McAdoo in The Englishman's Boy in 2008 (courtesy of Minds Eye Entertainment). 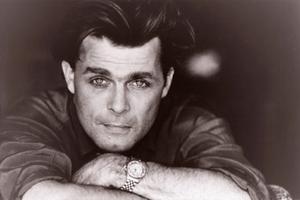 Nicholas Campbell, actor, director (born at Toronto 24 Mar 1952). Nicholas Campbell was raised in Montréal and educated at Queen's University in Kingston, where he studied English and drama. He continued his schooling in England, studying for five years at the London Drama Studio and at the Royal Academy of Dramatic Arts. He toured with the York Theatre Royal Repertory Company and began his film career with small parts in films such as The Omen (1975), A Bridge Too Far (1976), The Eagle Has Landed (1977), The Spy Who Loved Me (1977) and a BBC-TV production of Come Back Little Sheba (1977) opposite Laurence Olivier and Joanne Woodward.

Campbell appeared in the early films of David CRONENBERG - Fast Company (1979), The Brood (1979) and The Dead Zone (1983) - as well as in several tax-shelter bombs, including Dirty Tricks (1981), Killer Instinct (1981), The Amateur (1981; for which he received a Genie Award nomination for best supporting actor) and Baker County, U.S.A. (1982). He won GENIE AWARDS for best supporting actor in 1982 for The Amateur and in 1983 for Killing 'em Softly, also known as The Man in 5A. More supporting roles came his way in Bordertown Café (1991); Cronenberg's Naked Lunch (1992); the big-budget flop Shadow of the Wolf (1993), with Donald SUTHERLAND, Lou Diamond Phillips and Toshiro Mifune; We All Fall Down (2000); and as the father in Allan Moyle's popular New Waterford Girl (2000), for which he received a second Genie Award for best supporting actor.

Nicholas Campbell's big break came in 1998 after nearly 25 years in the business with the launch of Da Vinci's Inquest (1998-2005). His role as crusading coroner Dominic Da Vinci (based in part on Wojeck, the 1960s drama with a similar theme) brought him critical appraisal, national recognition and five Gemini nominations, including a win in 2001 for best performance by an actor in a continuing leading dramatic role. Campbell also directed a number of episodes of the very popular crime drama and its sequel, Da Vinci's City Hall. He starred again as the harried and pragmatic Da Vinci in a movie sequel, The Quality of Life, in 2008.

Campbell has twice directed for the big screen: Stepping Razor: Red X, a fascinating documentary about the death of reggae star Peter Tosh, in 1992, and Boozecan, set in Toronto, in 1994. For television he has also directed episodes of Tom Stone and Intelligence.

In 2008 he returned to the stage in a comedic supporting role in The Company Theatre's (TCT) production of Festen in Toronto, starring Eric PETERSON, and in 2010 Nicholas Campbell had a lead role as a verbally abusive lover in TCT's Through the Leaves.