"File: Pat Patterson April 2014 crop.jpg" by Cropped and rotated version of photo by Miguel Discart from Bruxelles, Belgique is licensed under CC BY-SA 2.0

Pat Patterson was born in Montreal, Quebec, in 1941. (He was born Pierre Clermont but began wrestling under the pseudonym Pat Patterson in 1958. He legally changed his name in 2009.) The son of a milkman, he grew up in poverty, one of nine siblings in a two-bedroom apartment with no hot water. At night, he slept in the hallway in a folding bed he kept inside a closet. “I was already living in the closet,” he wrote in his 2016 autobiography, Accepted: How the First Gay Superstar Changed WWE.

As a child, Patterson was a natural performer. He dreamed of entertaining crowds, whether it be as a singer or a figure skater. At the age of 14, he was introduced to professional wrestling. He began training with local wrestler Gilles “Cyclone” Samson, whose father, Sylvio, was a Montreal-area wrestling promoter who staged shows in the province. At 17, Patterson had his first pro match and continued to hone both his technical ability and his wrestling skills. He prided himself in playing the bad guy (the heel, in wrestling parlance). He would do whatever it took to make opponents look good and earn the crowd’s support. It was a quality that quickly drew him favour with veteran wrestlers and bookers alike.

Patterson came out to his parents at the age of 16, only to be angrily rejected by his father and told to leave the house. In 1961, he moved to Boston, Massachusetts, to wrestle for Tony Santos’s Big Time Wrestling promotion. There, he met fellow wrestler Louie Dondero, who was working in a slaughterhouse when he met Patterson. The two became a couple and were partners until Dondero’s death in 1998. “I never introduced Louie as my boyfriend,” Patterson wrote. “It was always ‘my friend Louie.’… And to me that’s so much more than a boyfriend.”

Before long, Patterson earned a reputation as a standout performer. After being recruited by French Canadian wrestling icon Maurice “Mad Dog” Vachon, Patterson moved to Pacific Northwest Wrestling in Portland, Oregon, where he took on the persona “Pretty Boy.” He continued to develop a rich understanding of performance psychology. In Patterson’s most common gimmick at the time, Dondero would take on the role of Patterson’s in-ring manager. Patterson would be rude and abusive toward his manager, but the moment his opponent laid a hand on Dondero, Patterson would explode in anger and fight in Dondero’s defence. The popular act helped propel Patterson to top billing at wrestling shows.

In 1965, Patterson moved to San Francisco, where he and Ray “Crippler” Stevens formed the tag team the Blond Bombers. He also became embedded in San Francisco’s queer community. Patterson’s sexual orientation was an open secret in wrestling circles, and something he never hid. He encountered the occasional incident of homophobia but was highly respected among his peers. “I just think it’s important to stress how easy it was for me to gain acceptance,” he wrote.

During his time in San Francisco, Patterson began to take on a bigger role behind the scenes, booking smaller shows and helping to orchestrate match results.

In 1977, Patterson and Dondero moved to Florida. Patterson spent the next three years wrestling under various promotions, including the popular American Wrestling Association (AWA) and overseas with New Japan Pro-Wrestling.

In 1979, a Los Angeles promoter put Patterson in touch with Vince McMahon Sr. His World Wrestling Federation (known as World Wrestling Entertainment since 2002) was the most popular wrestling draw in the New York region. It often staged iconic matches at Madison Square Garden.

In the summer of 1979, McMahon booked Patterson as the heel in a series of matches against Bob Backlund, the WWE’s top draw and most popular star. Their match at the Garden on 30 July 1979 gained notoriety for its dramatic ending: while Patterson’s manager distracted the referee, Patterson pulled a pair of brass knuckles from his trunks and knocked out Backlund; Backlund’s manager then used Backlund’s championship belt to knock out Patterson. With both men down for the count, the match ended in a double disqualification. The stalemate finish had been the brainchild of Patterson. While commonplace today, the twist ending was unprecedented at the time. The fans adored it. Patterson went on to face Backlund in four consecutive matches at the Garden. He was the only wrestler to do so during Backlund’s six-year reign as champion.

In September 1979, Patterson was named the WWE’s inaugural Intercontinental Champion as he continued to cement his status as one of the brightest stars in the game. In a main-event match at Madison Square Garden on 4 May 1981, Patterson staged a bloody “alley fight” match against Sgt. Slaughter. It was later named Match of the Year by Wrestling Observer.

Patterson retired from the ring in 1984. He then transitioned to a bigger role behind the scenes and in the announcer’s booth. He earned the trust of Vince McMahon Jr., who had bought his father’s company and spearheaded an aggressive takeover; he bought competing regional promotions and monopolized the industry, doing away with the traditional regional model.

Patterson was a visionary who understood in-ring psychology like few who came before him. “The magic of what we do in a wrestling ring follows the same principle as in a good movie when the hero is down,” he wrote in his autobiography. “That desperation needs to register with the audience.” Bob Backlund once wrote that Patterson was “exceptional at developing a story in the ring.”

As the WWE continued its rapid expansion in the 1980s, Patterson continued to innovate. He helped conceive of the first WrestleMania Pay-Per-View event, which took place on 31 March 1985 at a sold-out Madison Square Garden. He even refereed the main-event match, which featured Hulk Hogan and Mr. T. versus “Mr. Wonderful” Paul Orndorff and “Rowdy” Roddy Piper.

Three years later, Patterson came up with the “Royal Rumble” concept — a 30-man match in which wrestlers come to the ring in two-minute intervals and fight until one wrestler remains in the ring. It has since become an annual mainstay and one of the most anticipated events on the WWE calendar.

Patterson was the right-hand man in Vince McMahon Jr.’s blossoming empire. He made travel arrangements for the talent and organized matches. He oversaw talent such as French Canadian wrestling legends Jacques and Raymond Rougeau, while also helping the careers of up-and-comers like Calgary’s Bret “Hitman” Hart. Later, Patterson was the driving force behind the company’s “Attitude Era” in the late 1990s, helping the WWE reach new levels of worldwide popularity.

In 1992, Patterson and WWF officials Terry Garvin and Mel Phillips were released by the WWF after Tom Cole, a WWF ring boy, alleged that he was sexually harassed by Garvin and Phillips. Cole also accused Patterson of groping him, while a former ring announcer, Murray Hodgson, brought sexual harassment charges against Patterson. However, the charges were dropped. After a private investigation cleared Patterson, McMahon rehired him.

In 2020, former WWF wrestler “Superstar” Billy Graham publicly admitted to fabricating “harsh untruths” about Patterson in an appearance on Phil Donahue’s talk show at the height of the scandal in 1992. In February 2021, Tom Cole committed suicide, allegedly after becoming distressed by the tributes that lionized Patterson after his death.

The following year, on 4 May 2015, the WWE held “Pat Patterson Appreciation Night” in front of his hometown crowd in Montreal. Patterson, who had been inducted into the WWE Hall of Fame in 1996, sang Frank Sinatra’s “My Way” as the crowd cheered, “Merci, Pat!”

Patterson died of liver failure on 2 December 2020 at the age of 79. Following his death, tributes from within his industry poured in. In a statement, Vince McMahon Jr. said, “Pat Patterson was more than the first Intercontinental Champion and father of the Royal Rumble Match. He helped lay the foundation for WWE as we know it. His mentorship shaped careers, his creativity sparked innovation and his friendship lifted spirits.”

Cyd Ziegler, a gay sports journalist and co-founder of Outsports.com, said that “While [Patterson] wasn’t out publicly, he was there helping make key creative decisions that were piped into TV sets across America. The visibility of his coming out years later was great, but having a seat at the table and making sure the people around him knew he was gay, the power of that can't be overstated.”

However, in February 2021, Tom Cole, who had accused Patterson of sexual harassment in 1992, committed suicide, allegedly after becoming distressed by the tributes that lionized Patterson after his death. 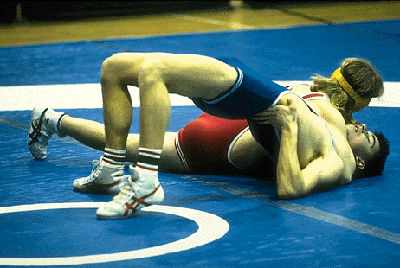 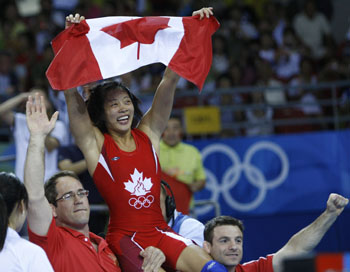 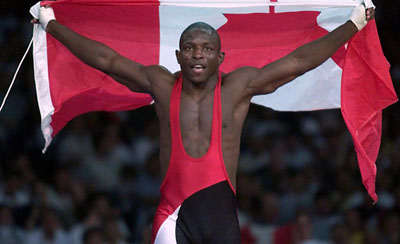