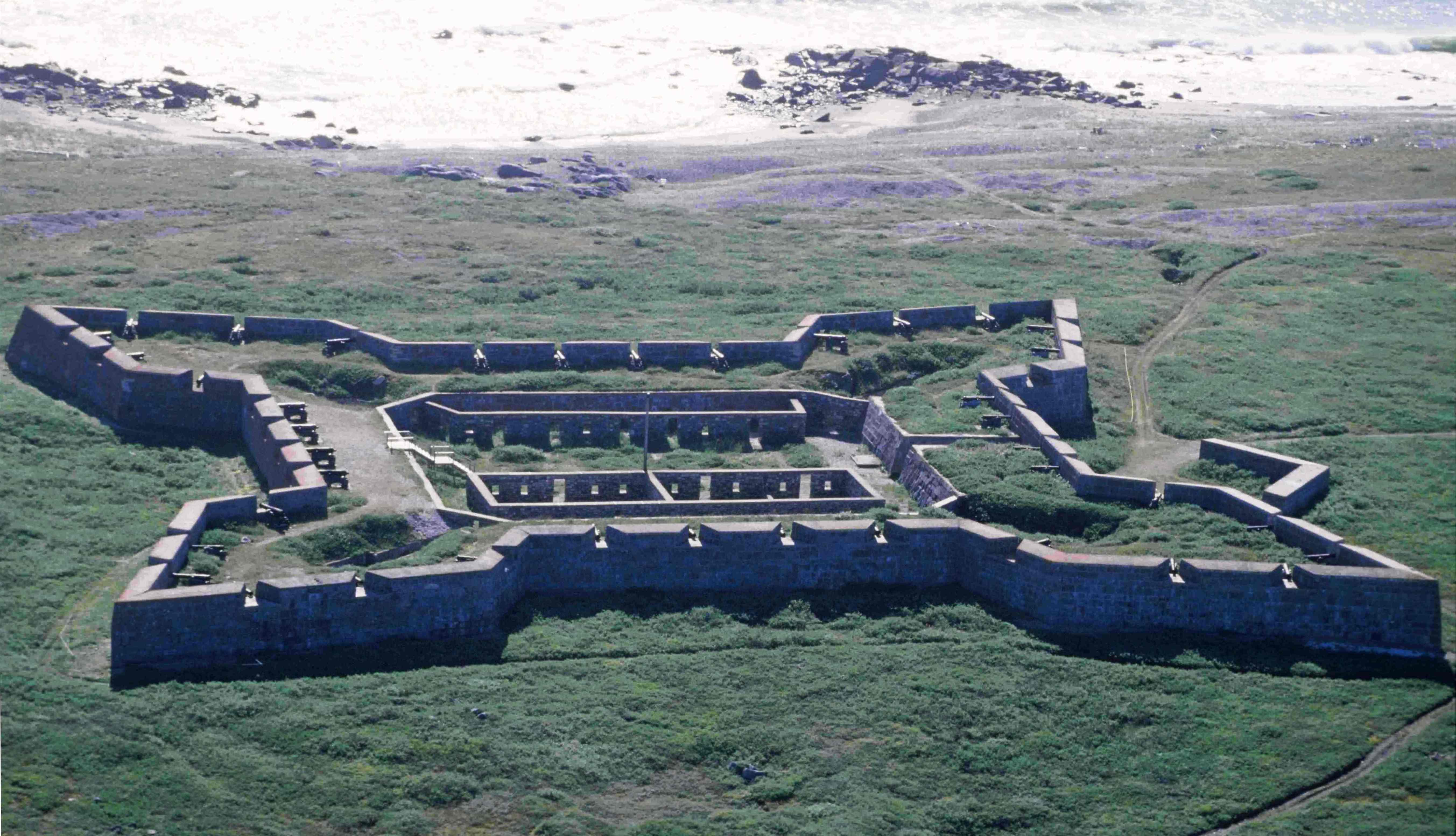 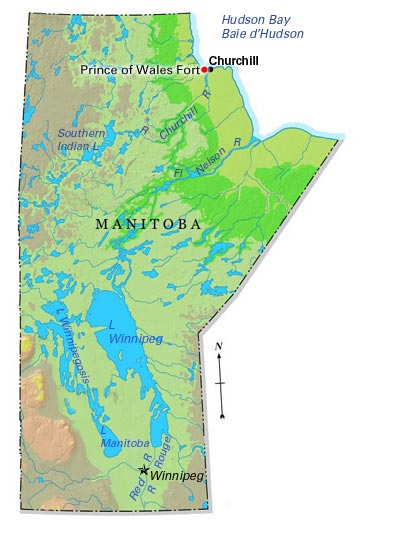 Hudson’s Bay Company (HBC) men first sailed into the Churchill River in 1686, but it was not until 1717 that the HBC governor James Knight built a permanent post there, about 8 km from the mouth of the river on Hudson Bay. This early post was variously called Churchill River, Churchill or Churchill Factory until 1719, when the name was changed to Prince of Wales Fort. The company was interested not only in furs (see Fur Trade), but also in establishing a whaling industry. Fear of a sea attack by the French led the HBC to construct a stone fort that would command the entrance to the Churchill River. By August 1731, tradesmen had staked out the area of the fort, a 91.4-metre square, at the mouth of the river on Eskimo Point. The walls of the original ramparts were completed in 1739; the following year, HBC governor Richard Norton moved to the new site. Work on the fort appears to have been practically continuous until 1771. 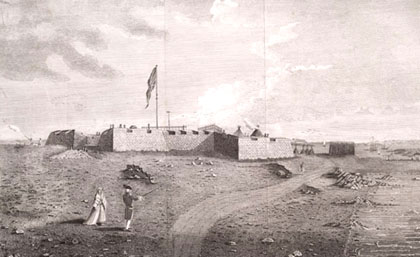 In 1717, James Knight built a permanent post about 8 km from the mouth of the Churchill River. It was called by various names until 1719, when the name was changed to Prince of Wales Fort.
PreviousNext

In August 1782, three French ships and about 300 men, under the command of the Comte de Lapérouse, arrived at the mouth of the Churchill River. The fort was easily captured; its masonry was poor and Samuel Hearne, governor of the fort, had insufficient men to operate its 42 guns. Hearne and the men were taken prisoner. Before sailing, Lapérouse “spiked” (disabled) the cannons and blew up the buildings.

Hearne and some of his men were ultimately released and sailed back to England. He returned with an HBC ship the following year and re-established the fur-trading post about 7–8 km upriver. He called it both Churchill Factory and Prince of Wales Factory. Prince of Wales Fort was neglected until 1934–35, when the Canadian government had the cannon dug up and remounted and the walls repaired. Today, the partially restored fort is a national historic site managed by Parks Canada and one of the main tourist attractions of the area around Churchill, Manitoba.