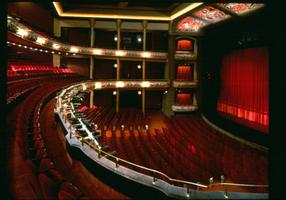 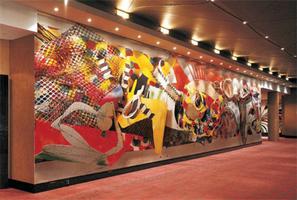 Considered a Toronto landmark, the Princess of Wales Theatre is located at 300 King Street West in Toronto's entertainment district. The Toronto Star once called it “a glittering glass jewelry case, a sparkling glimpse into a spectacle of total design.” It is one of several theatres belonging to Mirvish Productions, which also owns Toronto’s Royal Alexandra, Ed Mirvish and Panasonic theatres.

Privately owned and built by Ed Mirvish and his son David, the Princess of Wales Theatre opened its doors to the public in 1993, but its construction dates back to 1991. The first privately owned and financed theatre built in Canada since 1907, this noted theatre seats 2,000 and boasts state-of-the-art technical facilities, as well as one of the widest and deepest stages in North America.

The architect was Peter J. Smith, whose other projects include the Power Plant Gallery (Toronto, Harbourfront), the Dofasco Centre for the Arts (Hamilton), and the Shaw Festival Production Centre (Niagara on the Lake). The firm of Yabu-Pushelberg designed the lighting and interior, and Frank Stella, whose work figures in the permanent collection of the National Gallery of Canada, painted over 10,000 square feet of murals.

The horseshoe-shaped interior has excellent acoustics and seating on three levels. Mahogany, used for the wooden wall panels, covers over 20,000 square feet. Other interior features are blown-glass lamps, hand-made light fixtures and impressive washrooms. This accessible theatre has assisted seating, lobby elevators, and headsets for the hearing impaired. Each level has a refreshment counter, and carts selling drinks and snacks are set up in the lobby. The theatre facilities are available for rental to host private events. 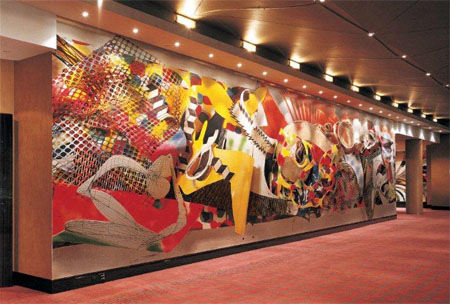 The theatre specializes in presenting major musicals and extravaganzas. The opening show, Miss Saigon, took place on 26 May 1993. Past productions include: Evita; Notre Dame de Paris, with the original Montréal cast; Les Misérables; Cabaret; The Phantom of the Opera; and the Canadian premiere of Hairspray.

In the fall of 2012, David Mirvish and Frank Gehry announced their collaboration on a major cultural project in Toronto's Entertainment District involving three condominium buildings, museum spaces and retail outlets. The plan required the demolition of the Princess of Wales Theatre. However, in May 2014, following sharp criticism from city planners, Gehry and Mirvish reduced the number of condominium towers from three to two to keep the Princess of Wales Theatre.