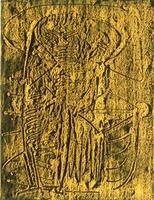 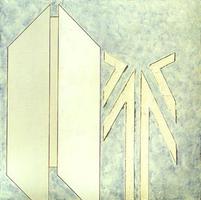 Regina Five, the name given to the artists in the 1961 National Gallery of Canada's circulating exhibition "Five Painters from Regina," presented the work of Kenneth Lochhead, Arthur McKay, Douglas Morton, Ted Godwin and Ronald Bloore. These young painters (b 1925-33) from Ontario and the Prairies had studied in Canadian and foreign centres before moving to Regina. Along with painter Roy Kiyooka and architect Clifford Wiens, they shared a common professional commitment and became a small but active artistic community in Regina.

Since 1958 Bloore, as director of the Norman Mackenzie Art Gallery, brought national and international exhibitions to Regina; in 1961, to coincide with a Canadian Museums Association meeting, he organized the "May Show" that became the basis for the exhibition that Richard Simmins of the National Gallery arranged to travel across Canada. The bold, nonfigurative paintings (often employing a central or all-over image) in this exhibition represented a new direction in abstract painting in Canada and reflected theoretical considerations comparable to contemporary New York directions.

Several factors contributed to this burst of mature creative expression in a previously isolated cultural centre. Primarily there was the Regina College at U of Sask and its faculty. In 1955 its director, Lochhead, with fellow faculty member McKay, initiated the Emma Lake Artists Workshop, a series of professional workshops held for 2 weeks each year in Aug. In early years, visitors included Joe Plaskett, Jack Shadbolt and Will Barnet. For future members of the Regina Five, the 1959 visit of American artist Barnett Newman provided a catalyst. Three years later American critic Clement Greenberg had a significant impact on a number of western artists, including Lochhead. In the next decade 3 of the Five left Regina to pursue their careers as painters and teachers.