Religions and Music. The many religions of Canada are touched upon in numerous articles in the Encyclopedia of Music in Canada (EMC). The Christian churches have been centres of activity for amateur musicians and providers of employment for professional ones throughout much of Canada's history; and though the large amateur choirs that have played so important a role in Canadian concert life ostensibly are unconnected to churches, their ranks have often been filled by church-trained choristers, and the leaders in many cases have been career church musicians. Compositions to religious texts, whether for use in places of worship or for performance in concert, form easily the largest part of Canadian choral music.

An Apostrophe to the Heavenly Hosts (Willan)

The religious music of denominations, sects, and national groups is discussed in the following entries:

The Children of Peace

Religious music education is discussed in the following entries:

Missionaries in the 17th century 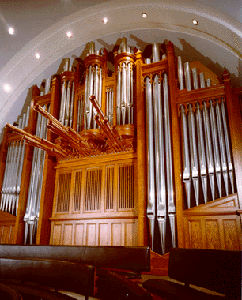