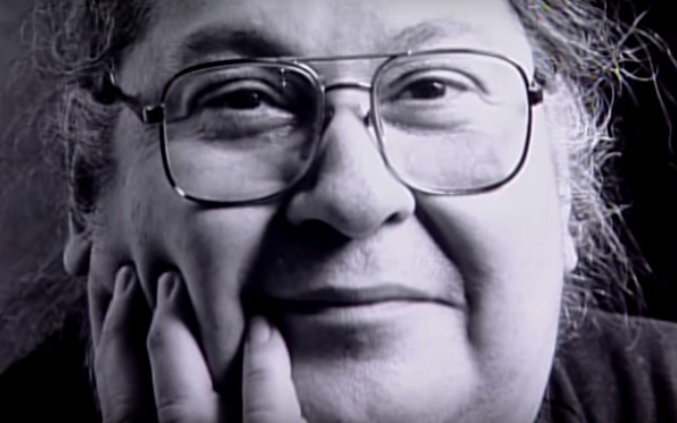 Robert Markle left Hamilton when he was 18 years old and began studying at the Ontario College of Art (OCA) (now the Ontario College of Art and Design) in Toronto in 1954. He was expelled before graduating for throwing a bottle of acid against a wall. While still enrolled at OCA, Markle met Marlene Shuster, who was also studying there. They married in 1958. Marlene became the main model and muse for her husband’s expressionistic female nudes. In addition to Marlene, in his early work, Robert Markle painted burlesque dancers, as in his Burlesque Series (1962, tempera on paper.)

Robert Markle’s female nudes, whether in colour or black-and-white, in acrylic or tempura on paper, often lack clear, individualized faces; therefore, the subjects are unidentifiable. This is the case, for example, in Lovers II (1963, tempera on paper) as well as in some of his pen and ink drawings of women in high heels from the early 1970s. In works representing Marlene, however, her name is often included in the title, for instance in the drawings and paintings that are part of the Pale Blue Marlene series (1968.) Markle’s interest in the female nude inspired other well known works such as Snakes Galore (1987, acrylic on paper), which depicts a woman in profile wearing nothing but lipstick and high heels, encircled by two snakes.

One of Markle’s works, Hanover Hustle (1988, acrylic and pastel on paper), is a diptych (a painting consisting of two panels attached by a hinge) that is now in the collection of the Art Gallery of Ontario. The work depicts eight or nine figures tightly packed in the pictorial space. The figure on the far left is partially cut off by the frame — we see only her naked posterior and her right leg protruding into the painting. Next to her is a clothed man, seated at a table, upon which there is a bottle of alcohol. This figure may be a self-portrait of Markle wearing a backwards cap. The remainder of the painting depicts a series of nude or partially nude burlesque dancers. Finally, at the extreme right of the image is a clothed androgynous figure that sits facing one of the dancers who wears spindly high heels.

During his career, Markle primarily produced tempera and acrylic paintings and ink drawings, although he also explored media such as photography, collage, printmaking, wood sculpture and neon. He collected folk art, which influenced some of his “whirligig” works, such as Creation (1988, acrylic on wood.) In some of these and later works, Markle began to explore his Indigenous roots, using cultural themes and symbols in the art.

Robert Markle’s first one-man exhibition was held in 1963 at the Isaacs Gallery in Toronto. With this type of work, Markle was eventually associated with the so-called “Isaacs Group” of artists, who were known for both their avant-garde artwork and their drinking. Some of these artists, including Markle, were part of the Artists Jazz Band, which was formed around 1962.

Three years later, Markle’s art was included in the exhibition Eros ’65, organized by the Dorothy Cameron Gallery on Yonge Street in Toronto. Markle’s works from the Lovers series were seized by the morality police, and they were identified as obscene. One of these pieces, Lovers I, allegedly depicted lesbian activity, resulting in a great deal of media attention for Markle.

The artist also wrote for a number of magazines and newspapers, including Maclean’s and Toronto Life. In addition, he produced numerous illustrations for magazines and literary journals.

Around 1970, Markle was involved in a motorcycle accident that temporarily compromised his ability to use his hands in art. With his hands around a large shaving brush, Markle created art that was expressionistic but that still explored the movements and curves of the female body.

Markle taught at The New School of Art (founded in 1965) roughly from 1966 to 1976. Conceived as an alternative to the Ontario College of Art, the school did not keep attendance, demand pre-requisites or issue diplomas. In 1977, Markle was a founding member of Art’s Sake Inc., an artist-run post-secondary art school in Toronto, where he also taught. In addition, Markle taught, for a time, at the University of Guelph.

Around 1970, Robert and Marlene Markle moved to a farmhouse outside of Holstein, but he re-established a studio in Toronto in the early 1980s, likely in part because he won a commission to decorate a hamburger restaurant in the city. Named Markleangelo’s in his honour, Markle used acrylic and neon on wood designs, and included depictions of angels, for the art in the restaurant.

Other large-scale commissions in Ontario include wall-sculptures for the Ellen Fairclough Building in Hamilton (1981) and the Metro Toronto Convention Centre (c. 1984). He also painted outdoor murals in Mount Forest (1986) and Owen Sound (1987).

In addition to his one-man exhibition in 1963 at the Isaacs Gallery and Eros ’65, Markle’s work was included in an exhibition in the same year at the Montreal Museum of Fine Arts. In 1989, The Painter and his Model: Markle since ’85 was on display at the Thunder Bay Art Gallery.

More than 10 years after Markle’s death in 1990, Tony Massett organized a Markle retrospective at the Durham Art Gallery (December 2002 to January 2003), and one year later, curator and art historian Anna Hudson organized an exhibition entitled Woman as Goddess: Liberated Nudes by Robert Markle and Joyce Wieland. The exhibition was on display at the Art Gallery of Ontario from November 2003 until February 2004.

In August 2011, Blazing Figures: A Retrospective of Robert Markle opened at the Gallery de Boer in Owen Sound. J.A. Wainwright had previously published Blazing Figures: A Life of Robert Markle in 2010. The show included Markle’s last work, placed on an easel, in addition to more than 100 works, including drawings, paintings and pieces of pottery. Five drawings from the Lovers series, which were removed from the Eros ’65 show, were also part of the Blazing Figures exhibition. The removal of Markle’s art in 1965, which resulted in a national debate about censorship and the distinction between erotic art and pornography, positioned Markle as an icon of artistic freedom in Canada, albeit a controversial one.

Robert Markle died in a car accident in 1990. His vehicle hit a tractor in Mount Forest, Ontario, near the farm that he and his wife shared.

Markle remains an important figure in Canadian art. J.A. Wainwright’s biography of Markle, Blazing Figures (2010) highlights the significance of Markle’s career (1960s–1990) to Canadian arts, as well as that of the Isaacs group and the Toronto art scene.