By February 1917, Germany had begun an unrestricted submarine campaign. As the increased U-boat threat moved closer to Canada’s shores, the government began to formally consider a Canadian naval air service. On February 10, the Interdepartmental Committee of the Militia and Naval Departments recommended “that an air service is necessary for the adequate defence of the Atlantic coast.” The committee also recommended at least two seaplane stations in Nova Scotia, one at Halifax and the other at Sydney.

Canada asked the British Admiralty for assistance and advice in setting up the service. The Admiralty sent a small advisory team to Canada, which estimated the cost of two stations, aircraft and personnel at $1,500,000. After further consideration, senior Canadian politicians decided the cost was too high and refused to fund it.

German submarines were still a threat, however, and by January 1918 the Admiralty warned Ottawa that an “attack by one of the new enemy submarines might be expected in Canadian waters any time after March.” It also recommended that Canada establish aerial patrols over the ocean. Faced with overwhelming demands on the country’s resources, Canada requested help from the United States, which had joined the war in April 1917. 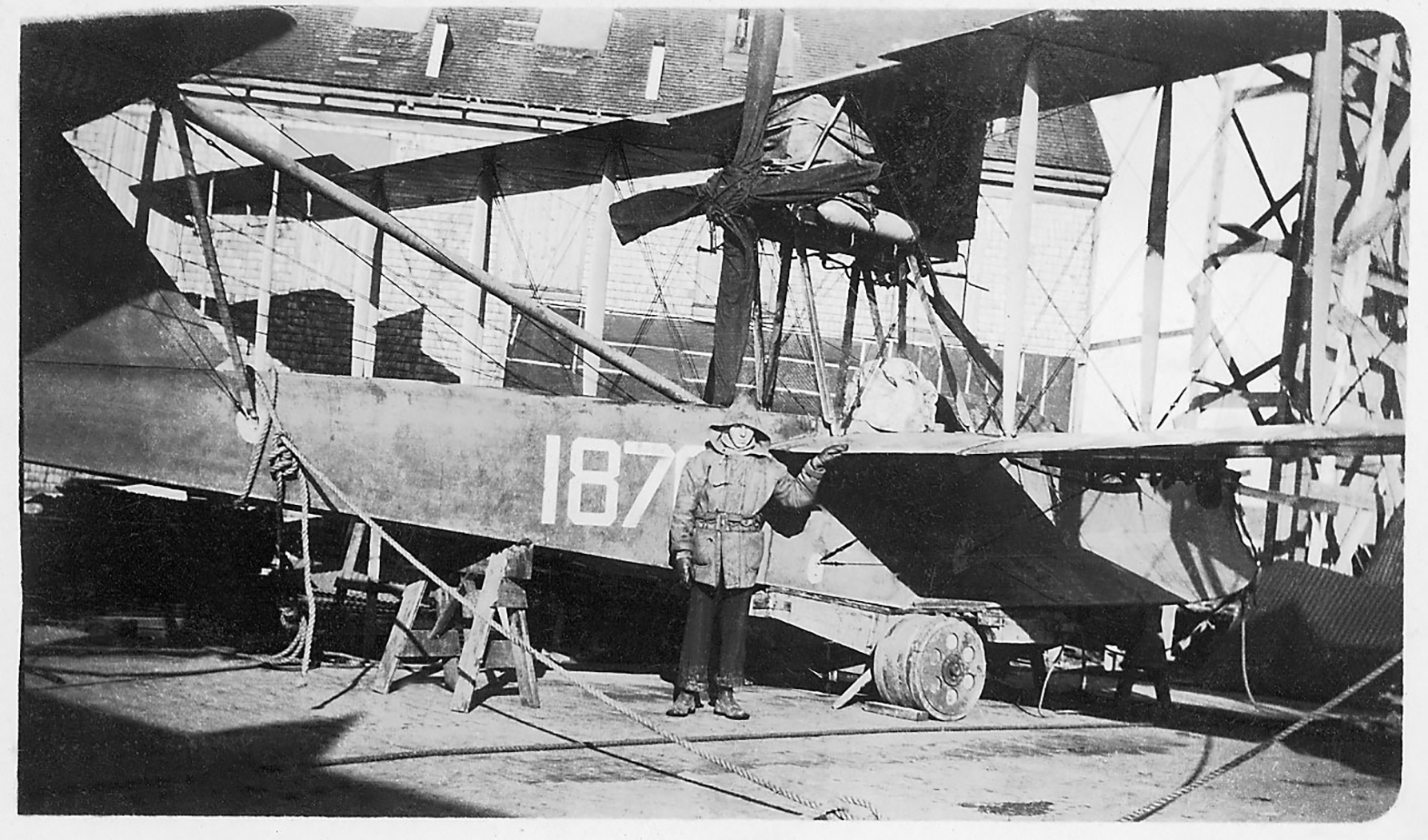 Representatives of the Canadian, British and American navies met in Washington, D.C., on 20 April and drew up plans to establish air stations at Baker Point near Halifax and Kelly Beach at North Sydney. As an interim measure, the United States Navy would set up the stations and provide equipment and pilots until Canadians were trained and equipped to replace them.

While the USN stations were being set up, recruiting began on 8 August 1918 for the RCNAS, before it was formally authorized on 5 September. Its strength was set at 500 officers and men; more than 600 applications were soon received.

Lieutenant-Colonel J.T. Cull, a British RAF officer (formerly of the Royal Naval Air Service), was appointed director. Eighty-one recruits eventually joined, and some were sent to the US and Britain for training. The war ended before they could see active service.

When the Armistice was signed on 11 November 1918, the process of demobilization took top priority. The Americans packed up their stores and returned to the US but left 12 seaplanes behind. Although Canadian authorities considered keeping the RCNAS, they ordered it disbanded on 5 December 1918.

Though short-lived, the RCNAS reflected the growing importance of naval aviation and of international cooperation. The RCN continued to work with the RN, USN and other allied navies after the First World War. Canada manned two RN aircraft carriers during the Second World War (Nabob and Puncher) and established a naval air service in 1946 (it was absorbed by the Canadian air force in 1975). It also operated three aircraft carriers in succession (Warrior, Magnificent, Bonaventure). Throughout the Cold War, Canadian naval aviators played an important role in antisubmarine warfare and coastal and continental defence.