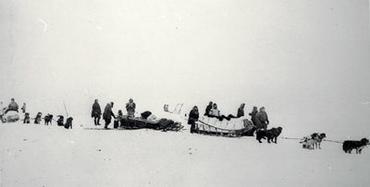 Rudolph Martin Anderson, zoologist, explorer, conservationist (b near Decorah, Iowa 30 June 1876; d at Ottawa 21 June 1961). Anderson grew up in Iowa, where he received his PhD, moving to Canada after holding military and ornithological positions in the United States. He participated in explorations of Alaska with the American Museum of Natural History, then served as second in command to Vilhjalmur Stefansson in the Canadian Arctic Expedition from Alaska to Bathurst Inlet (1913-16), leading its southern party and editing its 16-volume findings. His conservation efforts started then, when he pointed out declines of caribou and muskoxen in the North. Other zoological expeditions took him to numerous regions of Canada.

In 1916 Anderson was in Ottawa as part of a government advisory board that drafted the Migratory Birds Convention Act. As chief of the biology division of the National Museum (1920-46), now the Canadian Museum of Nature, he published an important catalogue of Canadian mammals and a guide to collecting and preserving vertebrates that is still in wide use. The National Museum is known as the Canadian Museum of Nature. He was also associate editor of the Canadian Field-Naturalist (1918-55). Three subspecies of mammals bear his name.