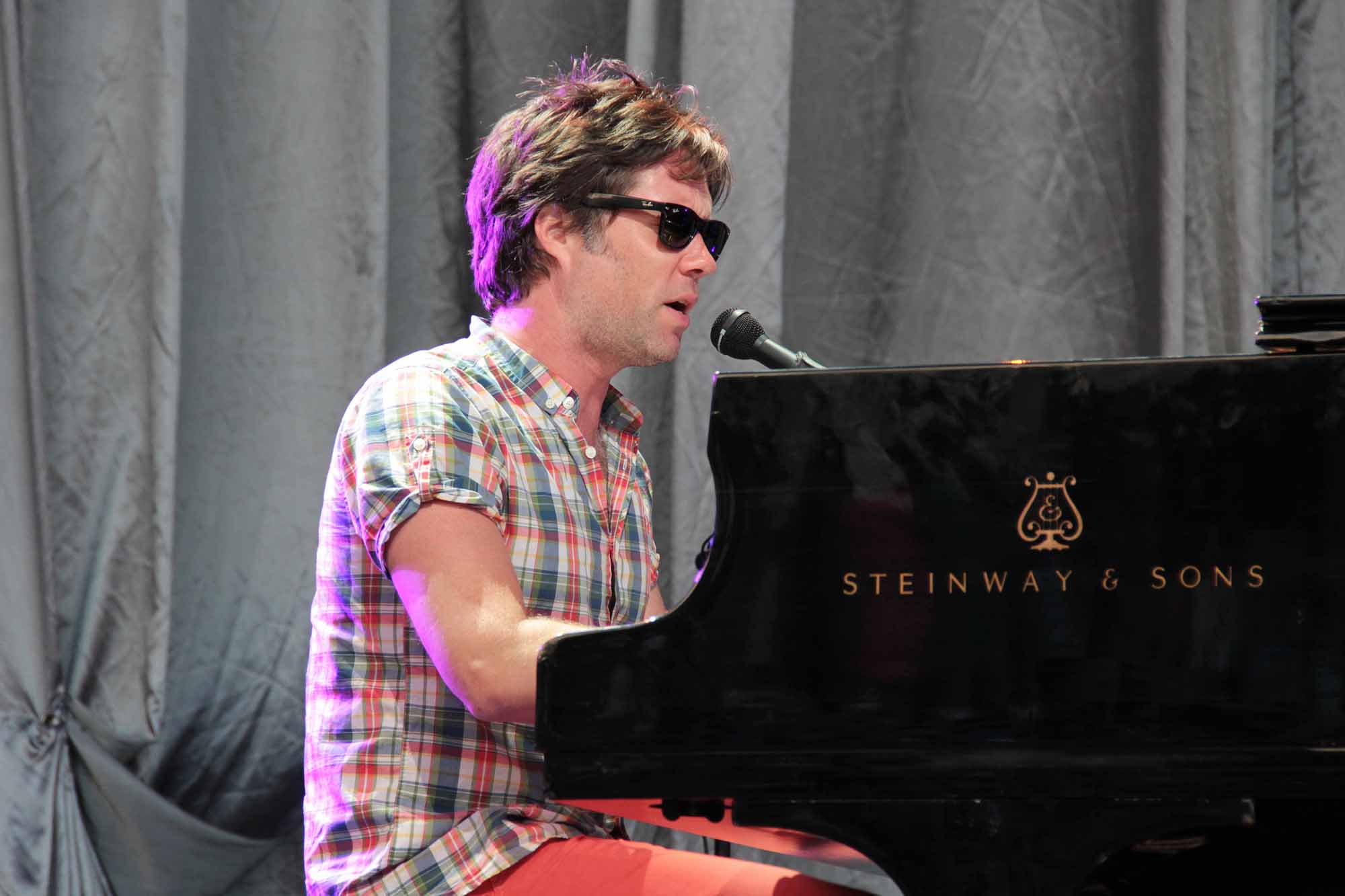 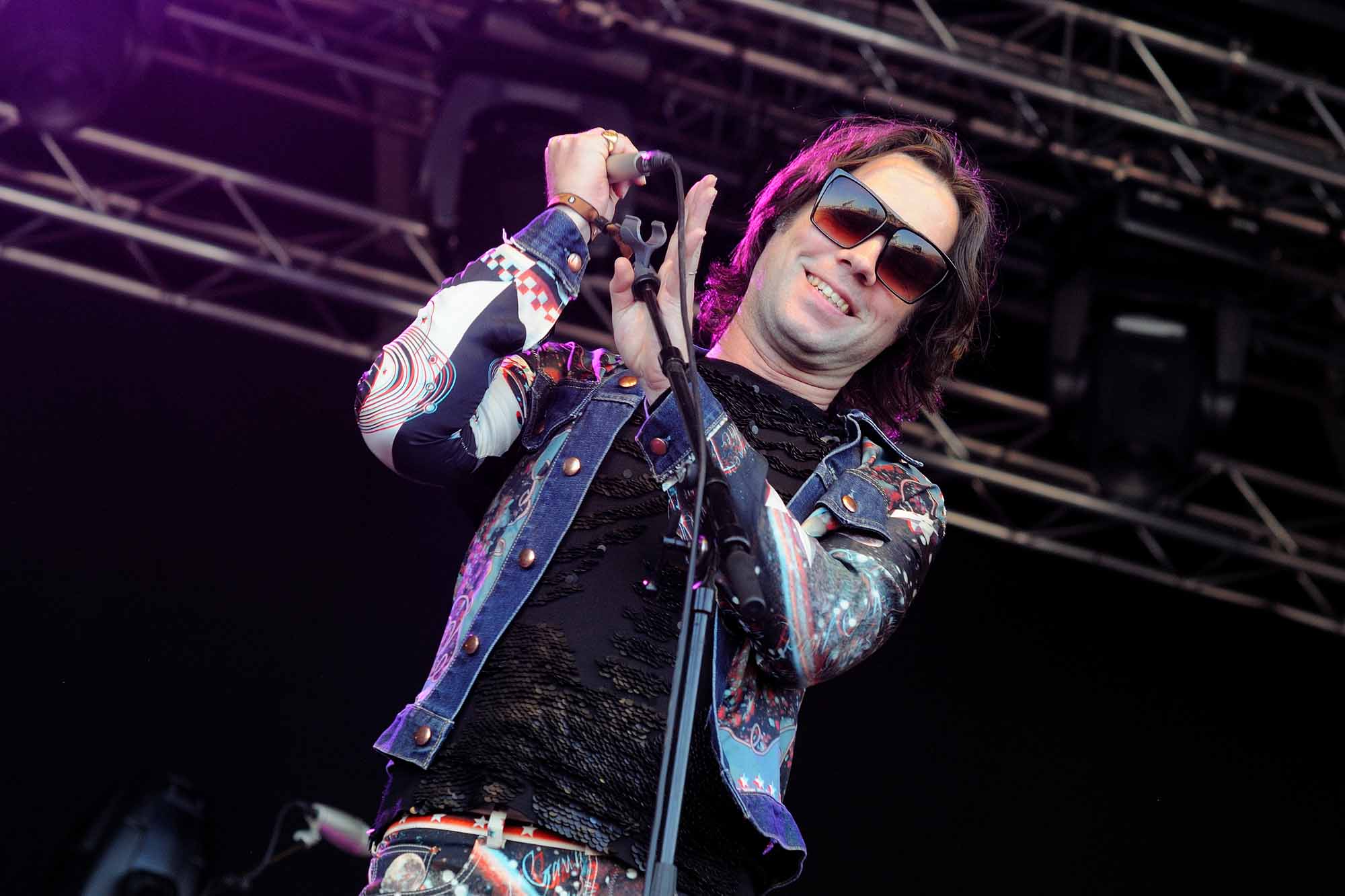 Rufus Wainwright band performs at San Miguel Primavera Sound Festival on June 1, 2012 in Barcelona, Spain.
PreviousNext
Rufus Wainwright (McGarrigle-Wainwright). Singer-songwriter, pianist, guitarist, composer, b Rhinebeck, NY, 22 Jul 1973. The son of US folk musician Loudon Wainwright III and Canadian Kate McGarrigle, Rufus Wainwright was born in the US and moved to Montreal at the age of three with his mother and his sister, Martha Wainwright, following his parents' separation. As a young boy he played the piano and performed frequently with his mother and his Aunt Anna, together known as the McGarrigle Sisters. At age 14 Wainwright performed his own song, "I'm a-Runnin'," in the film Tommy Tricker and the Stamp Traveller, which earned him a Genie Award nomination for best original song (1989) and a Juno Award for most promising male vocalist of the year (1990). After withdrawing from music studies at both McGill University and Concordia University, Wainwright set out to pursue a career as a professional musician.

Following an unsuccessful attempt in New York, Wainwright returned to the more welcoming Montreal music scene. Through weekly performances at Cafe Sarajevo, Wainwright established a small fan base and eventually recorded several demo tapes alongside producer Pierre Marchand. Wainwright's father gave these to Van Dyke Parks, who then passed them on to DreamWorks executive Lenny Waronker. Wainwright was immediately signed to the label and relocated to Los Angeles to begin working on his debut album.

Wainwright's self-titled debut album was very well received and garnered him a Juno Award for best alternative album (1999), an honour bestowed on him again in 2002 for his second release, Poses (2002). Want Two (2004), Wainwright's fourth album and the follow-up to Want One (2003), was nominated in the category of adult alternative album of the year at the 2005 Junos. The first single on his self-produced fifth album, Release the Stars (2008), entitled "Going to a Town," marked Wainwright's entry into overtly political songwriting and resulted in accusations of anti-American sentiment. Featuring appearances by Wainwright's mother and sister, as well as by Richard and Teddy Thompson, the album was nominated for adult alternative album of the year, and Wainwright for songwriter of the year, at the 2008 Junos. Rufus Does Judy at Carnegie Hall (2007), a live concert recording that paid homage to Judy Garland's 1961 Carnegie Hall performance, received a Grammy Award nomination for best traditional pop vocal album.

Wainwright was commissioned by Matthew Neenan to write six songs for 11:11, which premiered at the Pennsylvania Ballet in February 2005. In April 2006, Wainwright's setting of two poems, by Walt Whitman and Emily Dickinson, accompanied the premiere of choreographer Stephen Petronio's production, BLOOM, at the Joyce Theatre in New York. Wainwright's first opera, Prima Donna, which premiered at the Manchester International Festival in July 2009, received mixed reviews from critics. Wainwright responded to these by acknowledging that although he "survived the dragon," he had not yet "slain" it. Prima Donna went on to win the Dora Mavor Moore Award for best new musical or opera in 2011. Wainwright also collaborated with director Robert Wilson on a musical adaptation of Shakespeare sonnets, which premiered at the German theatre Berliner Ensemble in April 2009.

Reflecting such diverse influences as Franz Schubert, Edith Piaf, Judy Garland, Leonard Cohen and Giuseppe Verdi, Wainwright's music is often referred to as "baroque pop" or "popera." Richard Goldstein, of the Village Voice, likened Wainwright's melodies to those of lieder, and wrote that his lyrics "deal unashamedly with subjects that haven't been kosher since the days of torch songs: sick longing, futile desire, slavish devotion. . . ." While Wainwright's earlier music comprised primarily vocals and piano, his later work has incorporated rock and orchestral instrumentation.