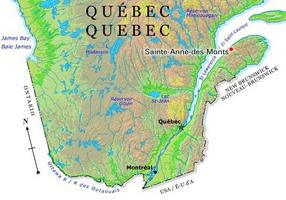 The city is now the principal centre for services in the Gaspésie, with a high concentration of businesses and government services. A part of the population remains linked to the sea by continuing to work in the maritime industry.

Sainte-Anne-des-Monts, as all of the Gaspésie, has a strong tourist industry. The rivière Sainte-Anne, situated east of the city, has excellent salmon and trout fishing. The Cartier beach hosts popular festivals. Hunting, deep-sea excursions and water sports are available in close proximity to the city.

Additionally, Sainte-Anne-des-Monts is the entry point to the Parc de la Gaspésie, and the wildlife reserves of the Chic Chocs and the Rivière Sainte-Anne.

In 1915, a fire devastated the city, destroying many of the old buildings. Those that remained have preserved their original architecture. Such historic buildings include Sasseville house (1834), the Château Lamontagne (1873) and the Church of Sainte-Anne-des-Monts (1925), which was restored in 1939 and is considered the most beautiful on the Gaspé Peninsula.