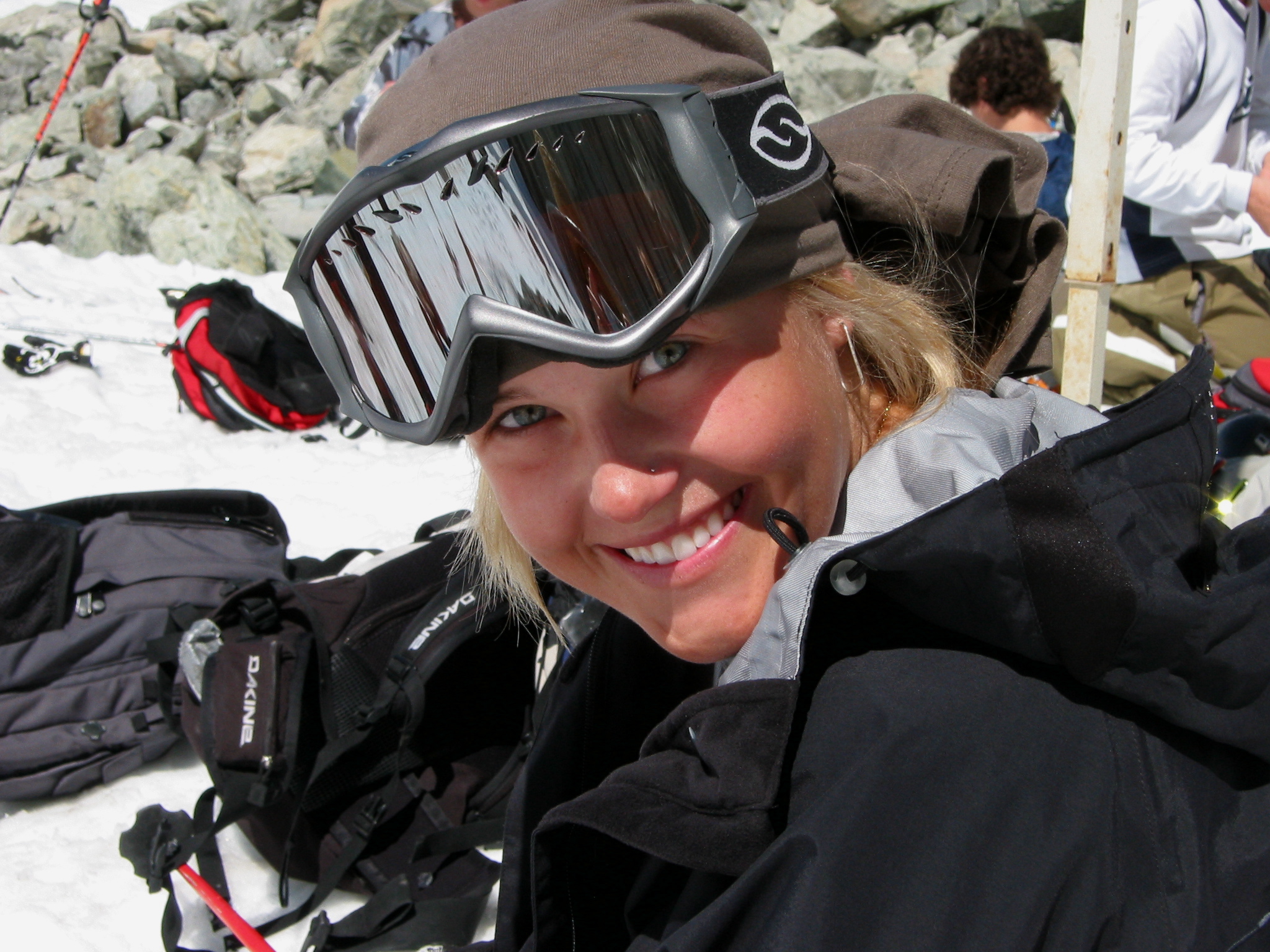 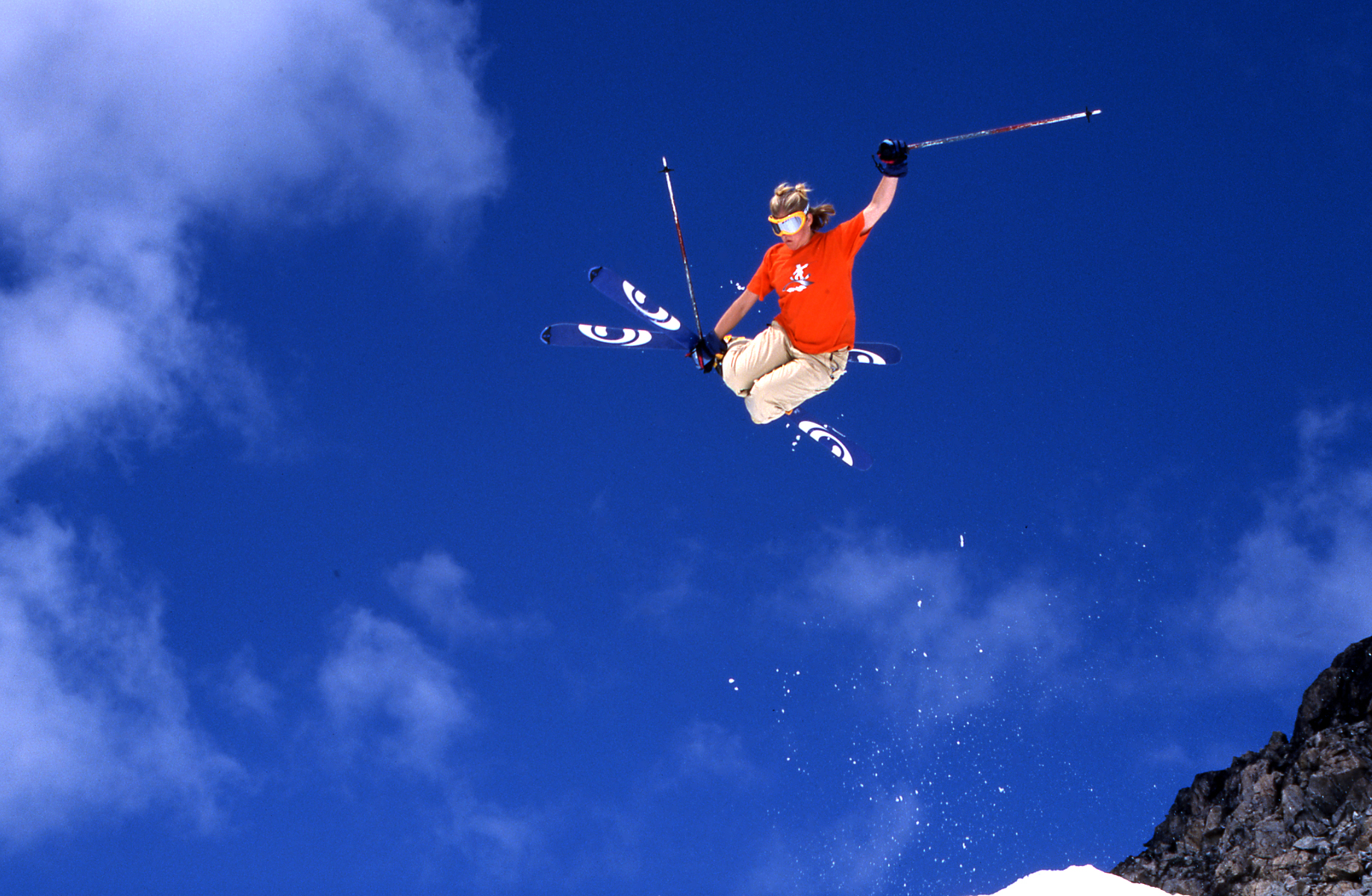 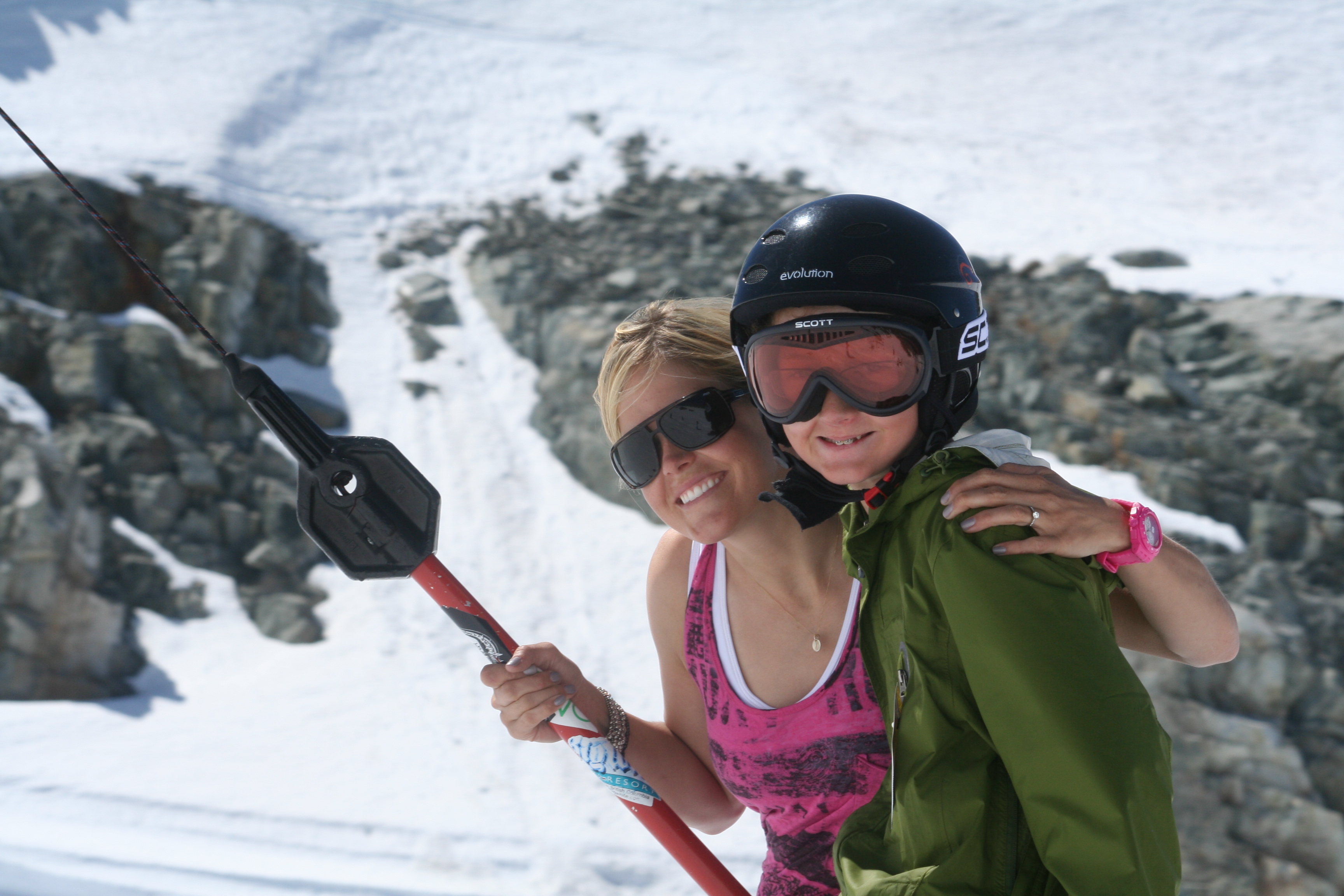 Sarah Burke, freestyle skier (born 3 September 1982 in Barrie, ON; died 19 January 2012 in Salt Lake City, Utah). A four-time X Games gold medallist in women’s superpipe skiing and world champion in halfpipe skiing, Burke successfully persuaded the International Olympic Committee to include slopestyle skiing and halfpipe skiing in the program for the 2014 Olympic Winter Games in Sochi. Burke’s life came to a tragic end on 19 January 2012 at a Salt Lake City hospital, nine days after she suffered a serious vertebral injury while training on the superpipe at Park City Mountain Resort in Utah.

Burke grew up in a family that was extremely passionate about skiing. Sarah started skiing at four years of age and skied regularly with her parents, Jan and Gord, and her sister Anna. At the age of 14, Burke started competing in moguls, and she made Team Ontario in 2000.

Burke developed significant interest in the halfpipe while training in moguls at Horseshoe Valley Resort in Barrie, Ontario. At that time, the halfpipe was dominated by snowboarders, not skiers (halfpipe snowboarding made its Olympic debut at the 1998 Olympic Winter Games in Nagano).

In 1999, Burke won the Canadian National Junior Big Air competition at Hull, Québec, and defended her title a year later in 2000 in Whistler, British Columbia.

Competing in a Men’s World

In 2001, Burke and American Kristi Leskinen competed at the 2001 US Open of Freeskiing. Burke and Leskinen were the only women in the entire competition, and in order for them to succeed, they would have to beat their male opponents. Burke rose to the challenge and finished in first place in the halfpipe skiing event and in second place in the slopestyle skiing event. Burke went on to medal at the US Open the next four years, winning three more gold medals.

“In the beginning, the competition organizers didn’t know what to do with her,” said Burke’s mother, Jan Phelan, in an interview for the Canadian Olympic Committee website (19 January 2013). “A young woman who could hold her own with the men. They didn’t know it yet, but they had a tiger on their tail.”

In 2005, women’s halfpipe skiing was part of the FIS (International Ski Federation) Freestyle World Ski Championships for the first time. Burke posted a score of 44 points to beat Leskinen by 4.3 points in Ruka, Finland. Burke defeated a field of 10 skiers who represented Canada, the United States, Norway, Sweden, Switzerland and Great Britain.

Burke’s talent was clear to everyone, including the man who would become her coach, Trennon Paynter. In a 2013 interview with Freeskier magazine, Paynter recalled his awkward offer to coach Burke at the 2005 World Championships:

She was already a famous ski industry superstar at that point and was also the favorite to win her event. I didn’t want an offer of “coaching” her to sound like I thought she needed help. Somehow, very awkwardly, I got the point across. She accepted the offer, and I spent the rest of the week coaching her along with my group.

She won the event, as I’m sure she would have without any help from me or anyone else. Still, being the gracious person that she was, she thanked me for the help afterwards.

In 2004, Burke contacted ESPN to inquire about including women at the Winter X Games (the X Games, an extreme sports competition, are run by the sports broadcaster). ESPN initially believed there were not enough women who could do big tricks. Burke disagreed and made a list of women, which she hand-delivered to the organizers. By 2005, women’s superpipe skiing was included on the X Games program, with Burke winning the silver medal. Burke went on to win the gold medal at the Winter X Games in 2007, 2008, 2009 and 2011, as well as another silver medal in 2006.

In 2007, Burke joined the first Canadian National Halfpipe ski team and became the first woman to execute a 1080 in competition (three rotations in the air) at the World Skiing Invitational at Whistler, BC. In 2007, she won the ESPY Award for the best female action sport athlete. The award was given by ESPN, the same network she had successfully lobbied three years before.

Burke also worked hard to convince the IOC to include halfpipe skiing and slopestyle skiing in the Olympic Winter Games. In the case of halfpipe skiing, Burke argued that no new infrastructure would be required because the halfpipe was already being used for snowboarders.

In 2011, the International Olympic Committee Executive Board announced that halfpipe skiing and slopestyle skiing would be added to the Olympic program (along with women’s ski jumping, slopestyle snowboarding, parallel special slalom snowboarding, team figure skating, team luge and team biathlon).

Tragically, Burke passed away on 19 January 2012 in Salt Lake City, Utah, nine days after she had suffered an accident at the Park City Mountain Resort in Utah during a training run for the 2012 Winter X Games. The crash tore her vertebral artery, one of the arteries that supplies blood to the brain. The injury caused Burke to go into cardiac arrest and the resulting lack of oxygen led to severe and irreversible damage to her brain. She is survived by husband Rory Bushfield, a professional skier and former World Cup mogulist, who founded the Sarah Burke Foundation.

After Burke’s passing, many skiers from the international freestyle skiing community wore stickers on their equipment in her honour. At the 2012 Winter X Games, Burke’s former competitors participated in a torchlight parade to pay tribute to her.

Burke also made a huge impact through the Momentum Ski Camp in Whistler. A former student of the camp, she coached skiers there from 2001 to 2011, and started a “Girls Week Camp.” Since her death, the Momentum Ski Camp, in partnership with the Sarah Burke Foundation, has offered an annual “Spirit of Sarah Scholarship” to a female skier.

Burke was inducted into the Canadian Olympic Hall of Fame in 2012 and into Canada’s Sports Hall of Fame in 2014. Burke has also been recognized by Canada Post, who unveiled a commemorative stamp prior to the 2014 Olympic Winter Games in Sochi, and by the Ontario government, which renamed Highway 93 the Sarah Burke Memorial Highway on 26 March 2014.

At the 2014 Olympic Winter Games in Sochi, Dara Howell of Huntsville, Ontario, became the first woman to win an Olympic gold medal in women’s slopestyle skiing. Howell dedicated her medal to Burke:

“I said the other day that I really hope a Canadian brings home a gold medal and it will be for Sarah. This medal is definitely for Sarah. She pushed the sport. She always wanted to see the progression. To see the girls throwing what the guys were throwing ... today I feel like that’s what I did.”